Onda is an isolated pottery village in the mountains of North Central Kyushu near the city of Hita. The village was established in 1705, when Yanase San’uemon found an abundance of stoneware clay, which he and his family used to craft ceramics that supplied the daily needs of the surrounding region. The demand for Onda ware rose so quickly that Yanase trained people of neighboring villages in order to maintain production. The people of Onda preserved their craft, continuing to draw clay from the same nearby source, mixing glazes using raw materials, and using the same decorative techniques Yanase and his family employed.

In 1927, Yanagi Sōetsu, the primary promoter of the idea of mingei (Japanese folk art) happened upon a collection of contemporary Onda ware, which, although produced recently, displayed characteristics of pre-industrial Japanese pottery. Yanagi travelled to Onda, documenting his experiences in his book Hita no Sarayama, which invited widespread rediscovery and appreciation of Onda ware. Onda gained international attention in 1954 when the English potter Bernard Leach visited the mountain community. The attention Leach brought to Onda products earned the pottery the standing of “Intangible Cultural Assets” in 1970, and brought the community an economic boom allowing the potters to engage in fulltime ceramic production.

Today, Onda ware continues to be made as it was at the time of Yanagi’s visit. In an effort to adhere to the tenets of mingei, Onda potters follow common stipulations of size, shape, and coloring in their work, focusing on traditional craft and style. However, Onda artists are well known for their creative application of splashed glaze as a nod to the unique personality and identity of the individual potters. 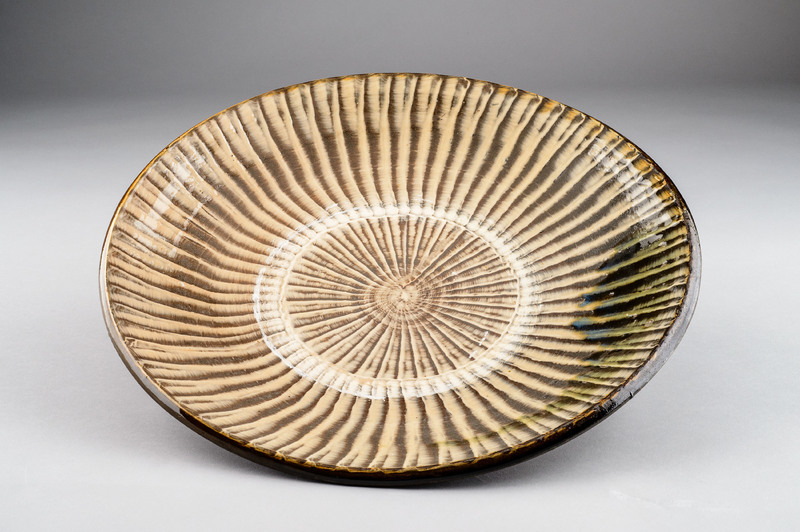 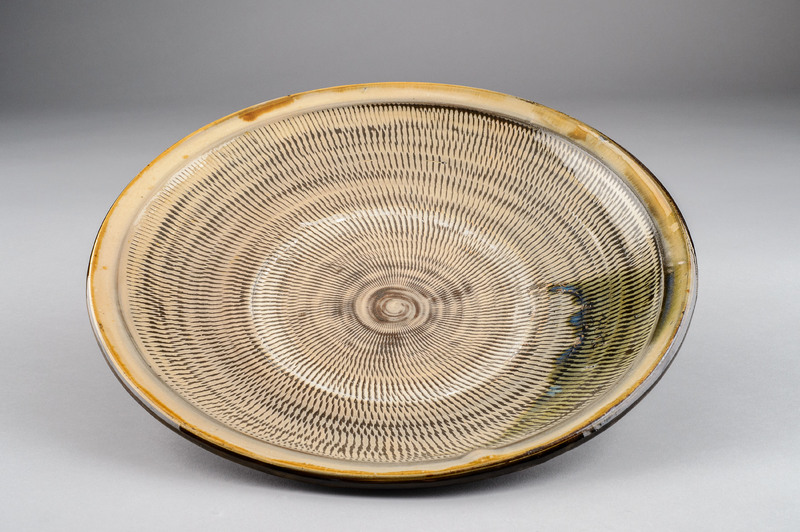