Drawing on a Legacy showcases nearly thirty rare and outstanding American works on paper produced between the late eighteenth century and the early twentieth century. Featuring an array of techniques and subjects, the exhibition explores the important place drawing has held in American art. Artists have used drawing in a variety of ways. Though long deemed secondary to other media, particularly oil paintings, draftsmanship was foundational to artistic training, and drawings were privileged for their sense of immediacy.

Early landscape views and botanical sketches, animal scenes and still lifes, and portraits and preparatory figure studies are among the subjects highlighted in the exhibition. Artists represented include many well-known luminaries of the period—John Vanderlyn, William Trost Richards, and Edwin Howland Blashfield—along with lesser-known figures whose work deserves further study. Drawing on a Legacy surveys different media, including graphite, charcoal, ink, and watercolor, and explores the changing cultural importance of drawing during the so-called "long" nineteenth century.

The drawings and watercolors on view have been selected from a larger recent gift to the museum by alumnus and longtime supporter Dr. John Driscoll. Drawing on a Legacy provides the first opportunity to sample the breadth and scope of the collection, which reflects the vitality of the graphic arts in America. Driscoll, who earned master’s and doctoral degrees in art history from Penn State, is a scholar, collector, and art dealer based in New York City. His involvement with Penn State’s university art museum dates to 1972, when he worked at the museum as a graduate student. After curatorial posts at the William H. Lane Foundation and the Worcester Art Museum, he established an art gallery in Boston and then acquired Babcock Galleries in New York in 1987. In 2012, he renamed the business Driscoll Babcock.

John Driscoll’s philanthropy has taken many forms since his time at Penn State. His past gifts to the museum include major nineteenth-century paintings and important works by early American modernists, as well as works by contemporary artists, and notable ceramics. Many of these works of art are on view in the adjacent galleries. His latest act of generosity, in the form of the John Driscoll American Drawings Collection, solidifies a lasting legacy.

The exhibition is organized by the Palmer Museum of Art and curated by Adam Thomas, Curator of American Art. 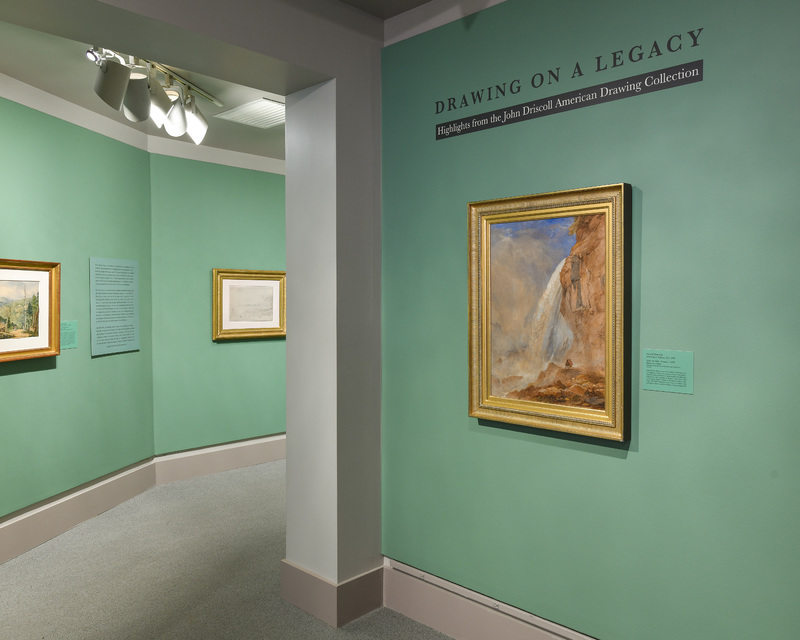 Drawing on a Legacy