Low-backed chairs such as this example are commonly made by the Baule, Guro, Gere, and Dan of Côte d’Ivoire and Liberia (for Baule see Vogel 1997, 272, 294; for Guro see Fischer 2008, 485–89). They seem to resemble European chair types (though very low), in a manner similar to what is seen in asipim and akonkrom chairs of the Asante. How many centuries ago such influence happened is unclear, as the chairs have long been integrated into local usage and are considered to be their own! Unlike most African stools and chairs, which are carved of one piece of wood, these are usually constructed of eight separate pieces: the four legs, the curved back rest, two slats, and the seat. The design of the slats on this example match others known to have been collected among the Dan people. Most of these chairs are said to be reserved for important people in their culture, and among the Gere they are called grandfather chairs (Sieber 1980, 160–61; Himmelheber 2002, 42–43).

Hans Himmelheber observed one use of such chairs among the Wobe subgroup of the Gere in 1956 while observing a girls’ initiation ceremony:

On the outskirts of the village eleven girls were performing a dance in which each one supported herself on one of these small chairs, banging it on the ground in time to the song she was singing. The dance itself, accordingly, was performed in a stooped position. The girls’ faces and breasts were painted white, in each case with a different pattern, and their hair was plaited into elaborate coiffures. . . . The small chairs belong to the old men of the village. . . . When it is time for a girl [to go through initiation], she goes to her grandfather and asks him to lend her his chair for the duration of the [initiation] camp. It is very sad if a girl cannot get a chair, for then everyone will be able to tell that she is a poor orphan with no family to support her. (Himmelheber 2002, 42–43)

Girls performing a dance during their initiation ceremony. 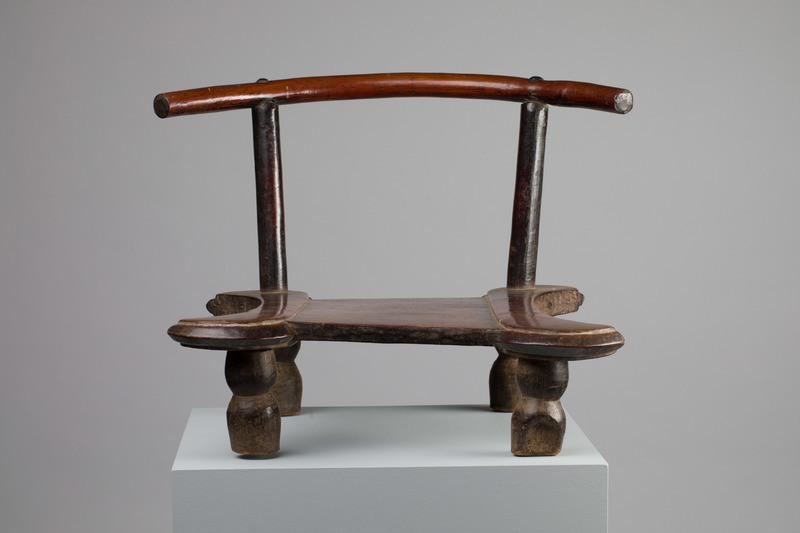 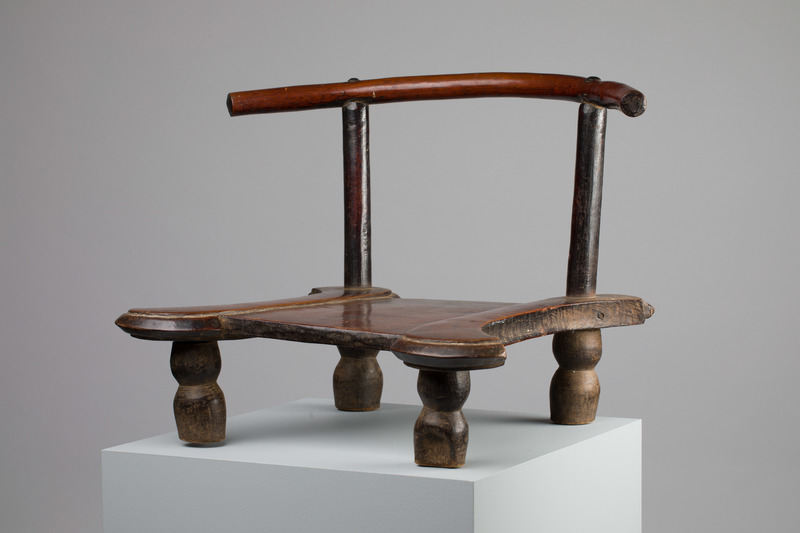 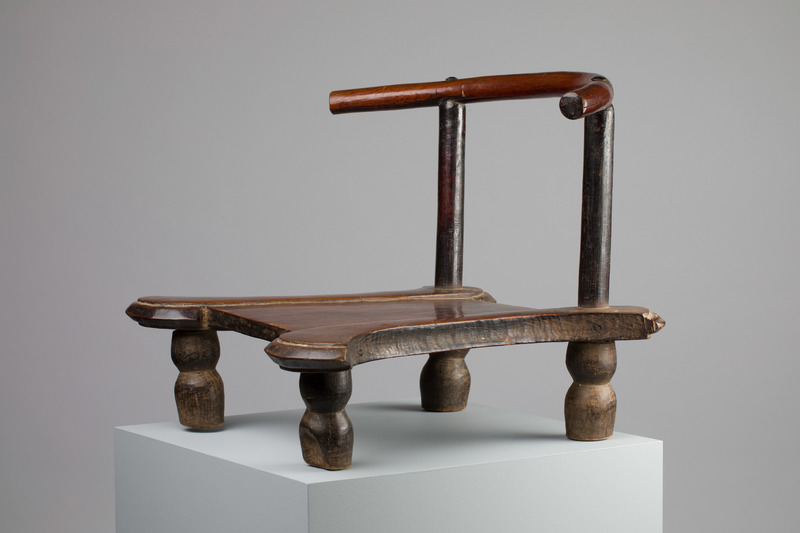 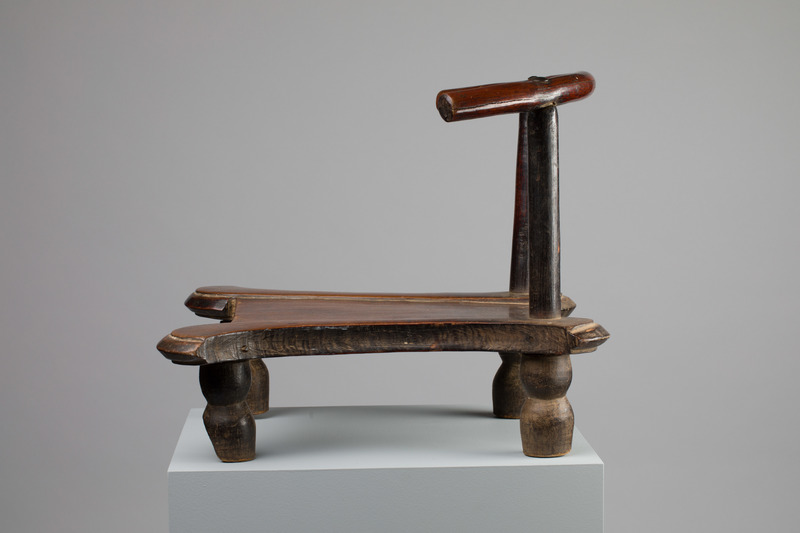 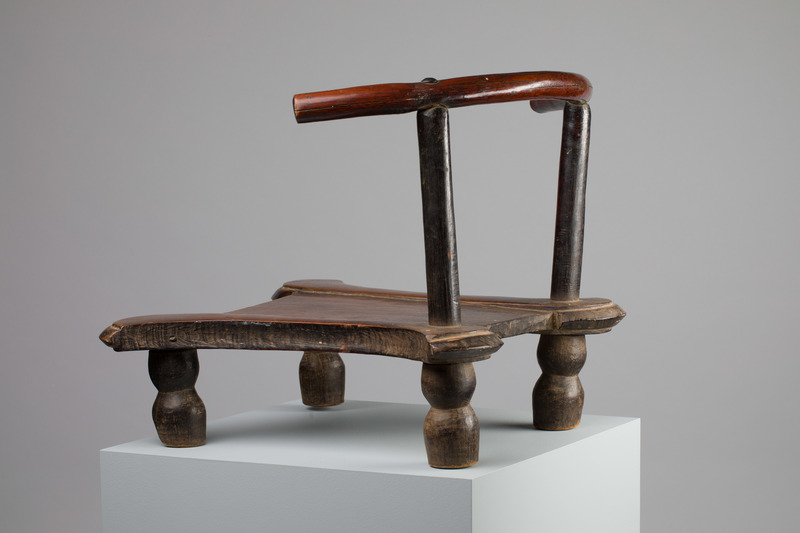 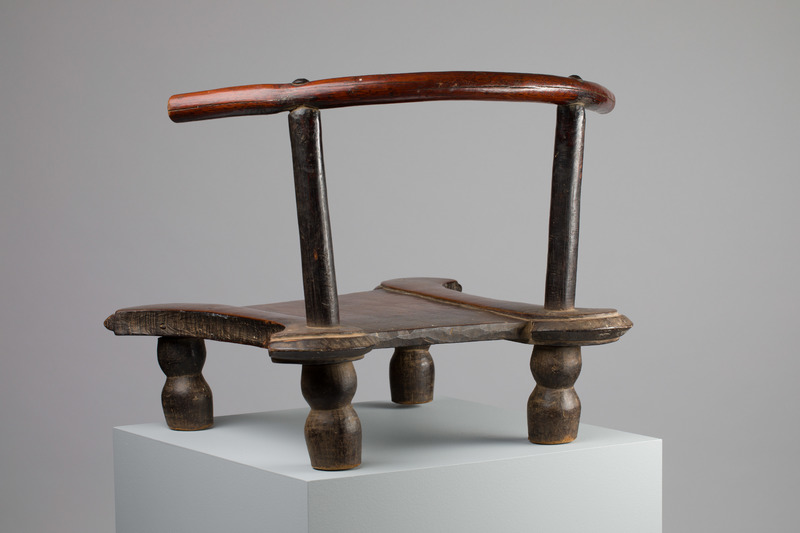 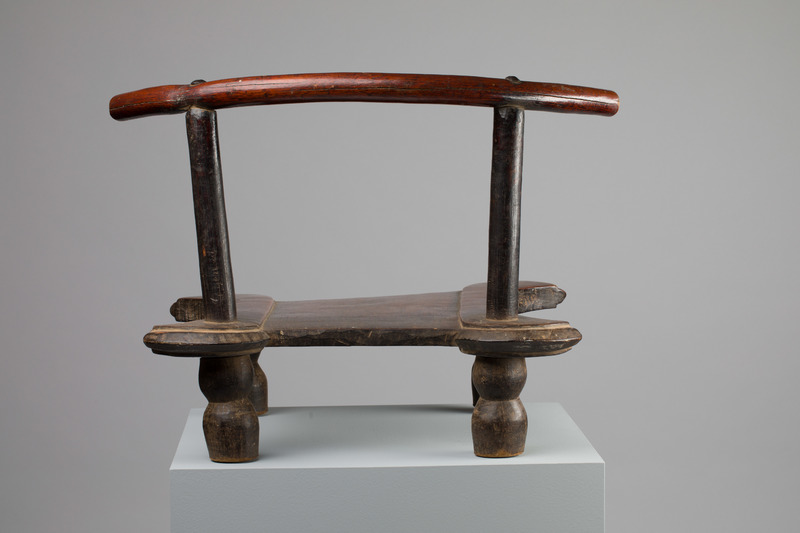 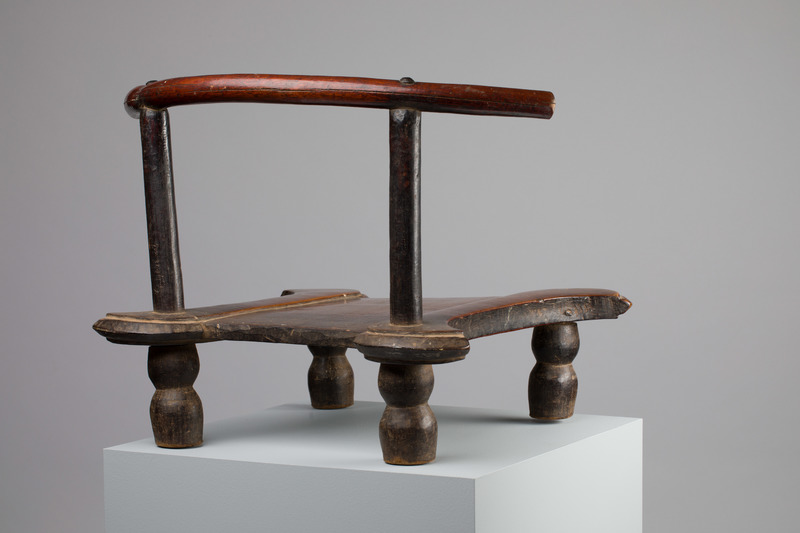 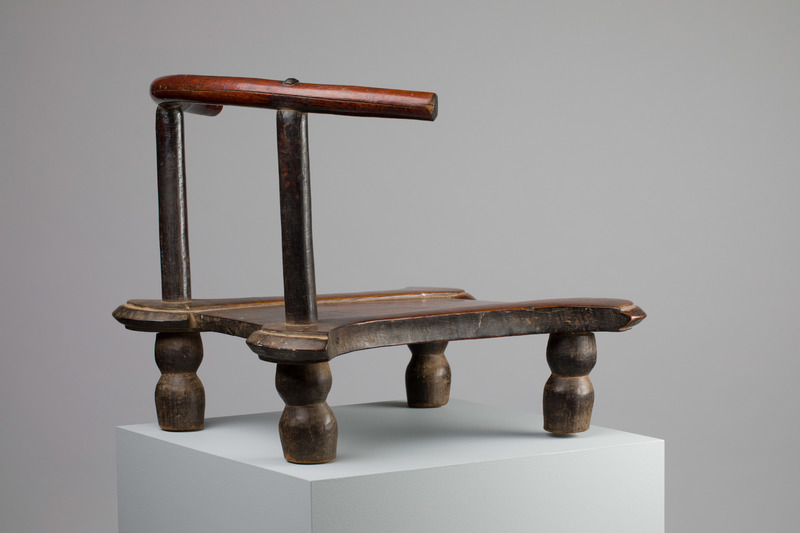 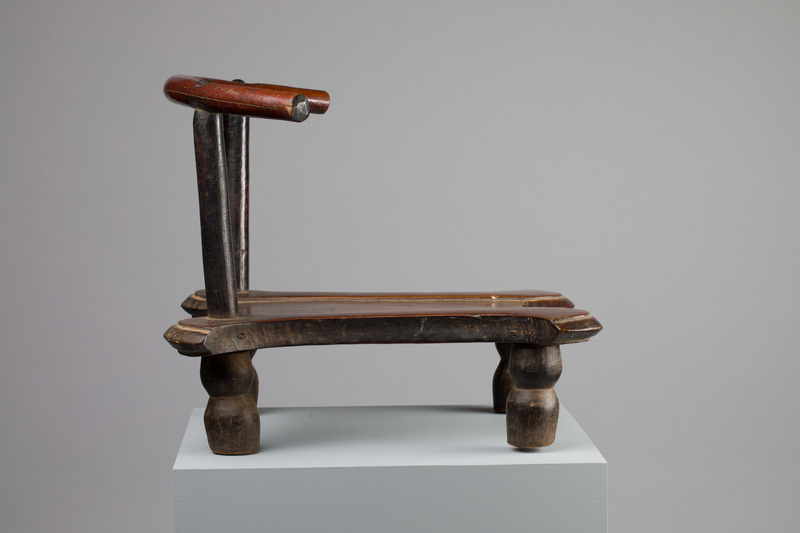 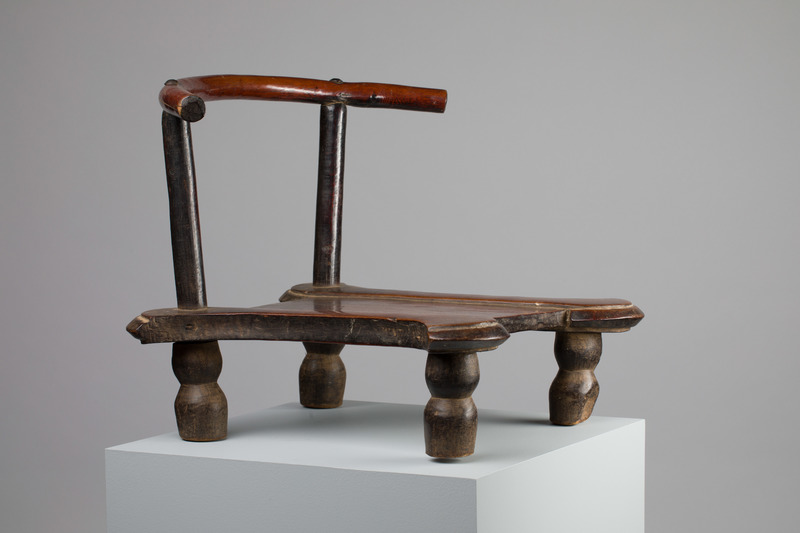 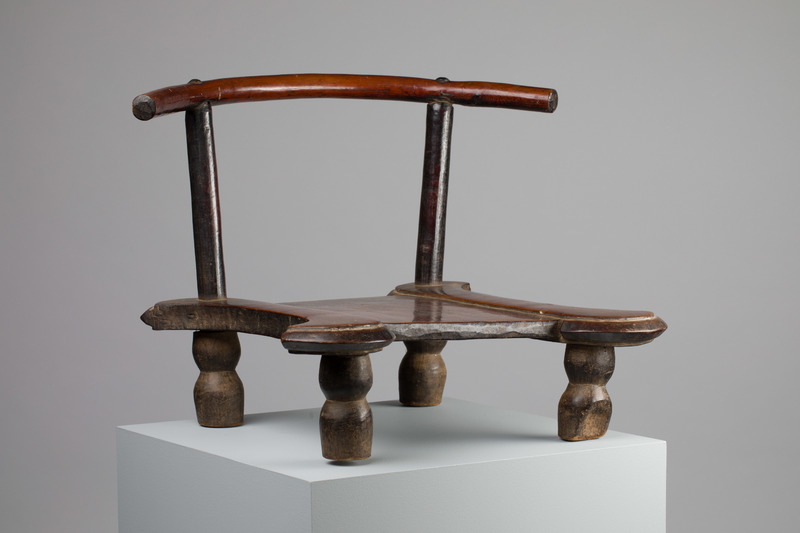 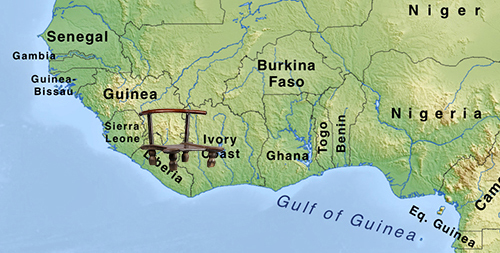 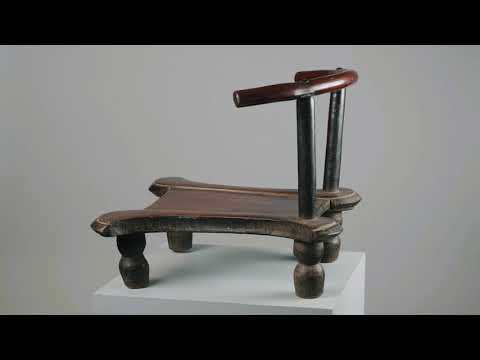