The coconut-grater stool is a cooking tool that has existed for centuries in Asia, South Asia, and around the Indian Ocean rim. In Kiswahili, the folding coconut-scraper stool is called kibao cha mbuzi, most commonly shortened to mbuzi, which means “goat.” This flat, folding X-shaped table form with elaborate surface decorations was developed in Tanzanian coastal communities in the nineteenth century. It was possibly an adaptation from the more zoomorphic styles with plain surfaces carved in Kenya, India, and Asia. The reconfiguration into this flat, abstracted form, which so closely resembles an embellished bookstand like the type used to hold a Qur’an, would have accommodated the artistic tastes and production styles of the primarily Muslim communities of the coast.

A similar implement found in Thailand is known as a katai, or “rabbit” (Iddison 2013, 137). Like the Kenyan version in the Fort Jesus Museum, which does vaguely resemble a goat, the graters in Thailand, Cambodia, Malaysia, and Indonesia usually take the form of stylized animals—including not only rabbits, but dogs, turtles, snakes, rats, lions, lizards, and dragons—and surface decoration is also minimal (Iddison 2013, 140).

In all of these styles, the stools follow the same basic construction. One side has a wooden or metal extension that holds the serrated blade to grate the coconut. The user sits on the stool, or the back of the animal as the seat, faces the protruding arm, then rubs the fleshy insides of a split coconut shell along the blade. Shavings fall into a receptacle below and are then pushed through a sieve to make coconut milk. Coconut milk, a substitute for cooking oil, is a staple ingredient in Swahili recipes and is frequently cooked with rice.

The mbuzi is still widely used in East African kitchens, preferred for its speed in production and ease of use. Several towns in Tanzania even hold competitions to see who is the fastest and best at using them. As a finely decorated household object with chip carvings in typical Swahili patterns, an mbuzi like this one is also a popular traditional wedding gift. It features deeply carved eight-pointed crosses embedded in a pattern of squares on one leaf and three rows of alternating squares on the other, each incised with bands of lines perhaps meant to reference a woven pattern. The prestige value of such a utilitarian object is enhanced when it is decorated with these elaborate geometric designs. 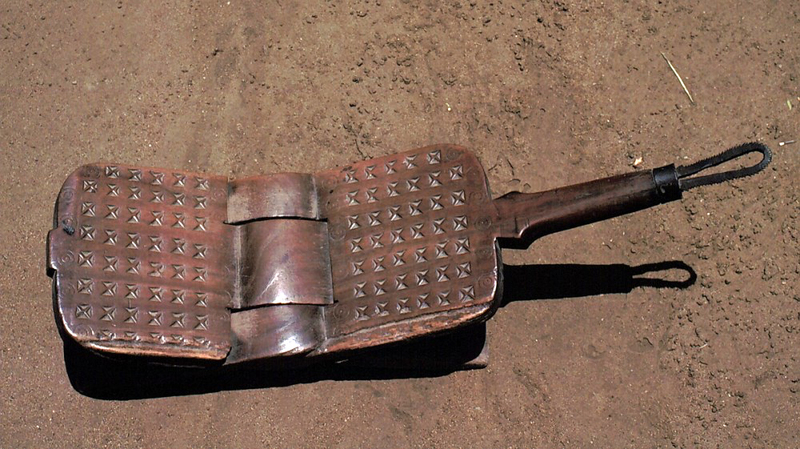 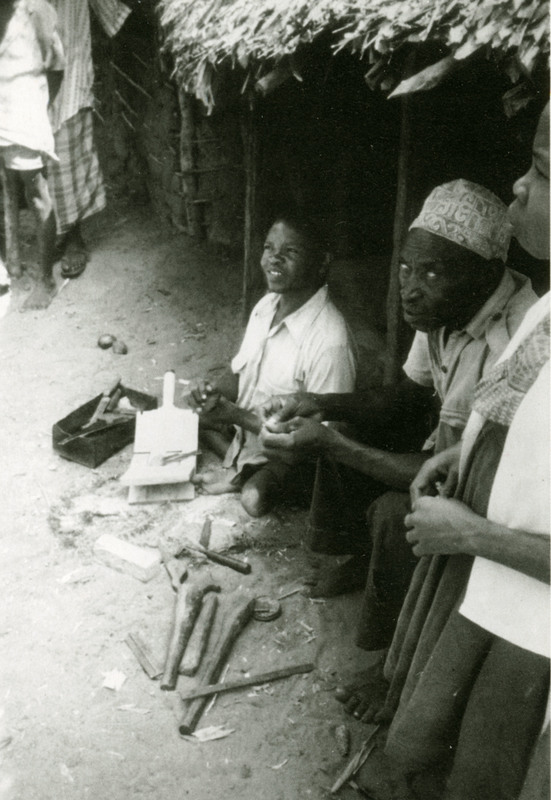 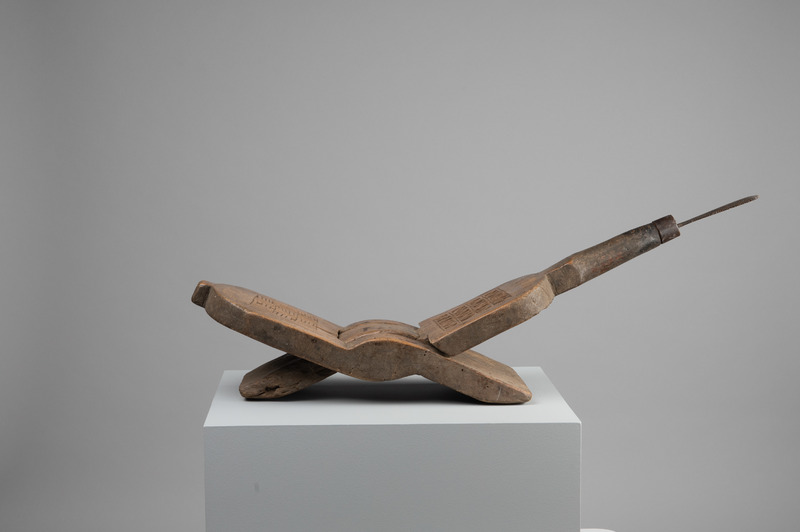 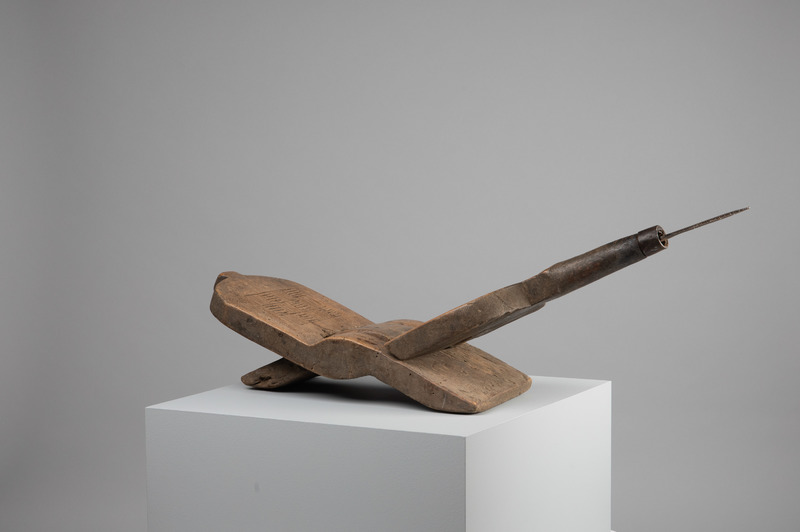 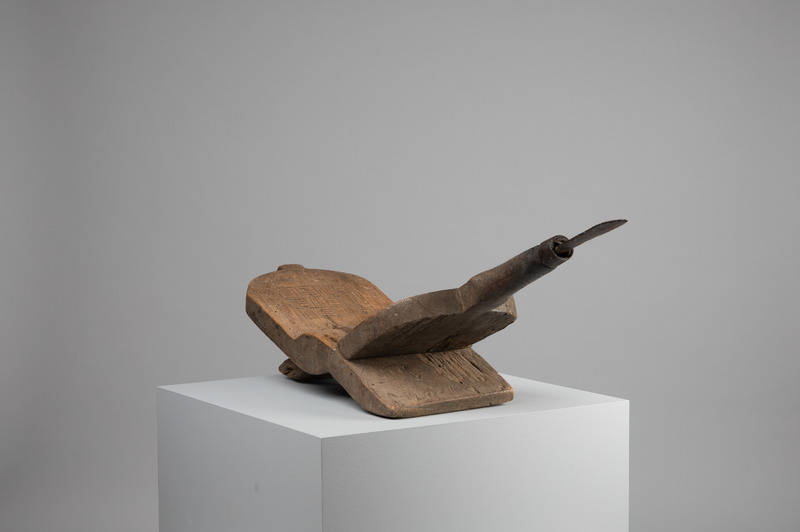 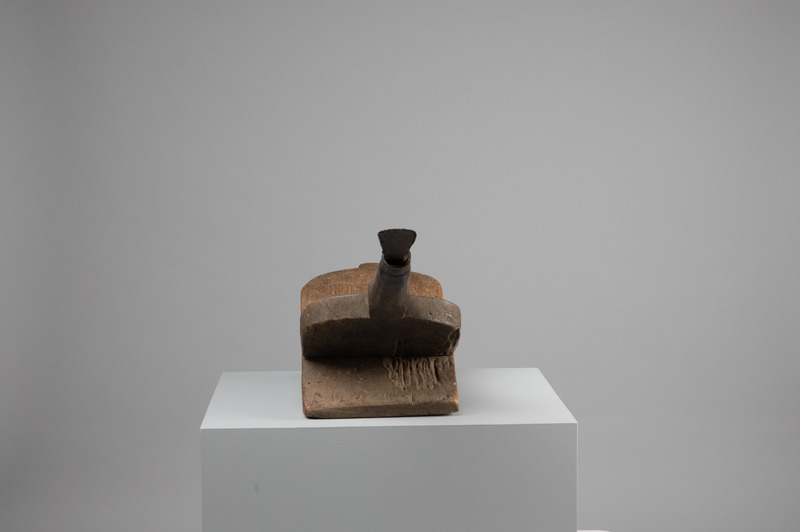 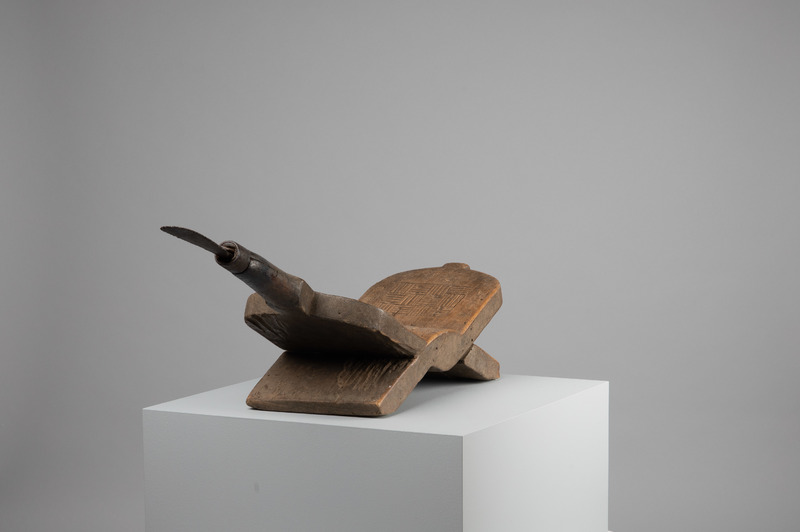 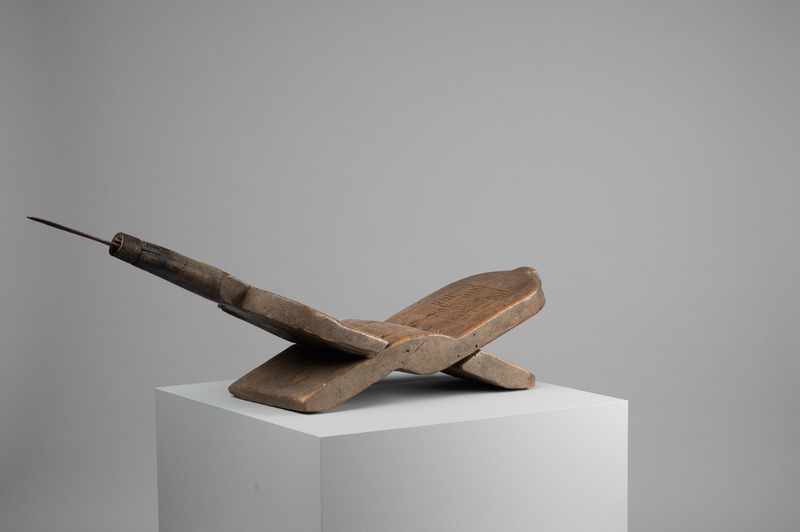 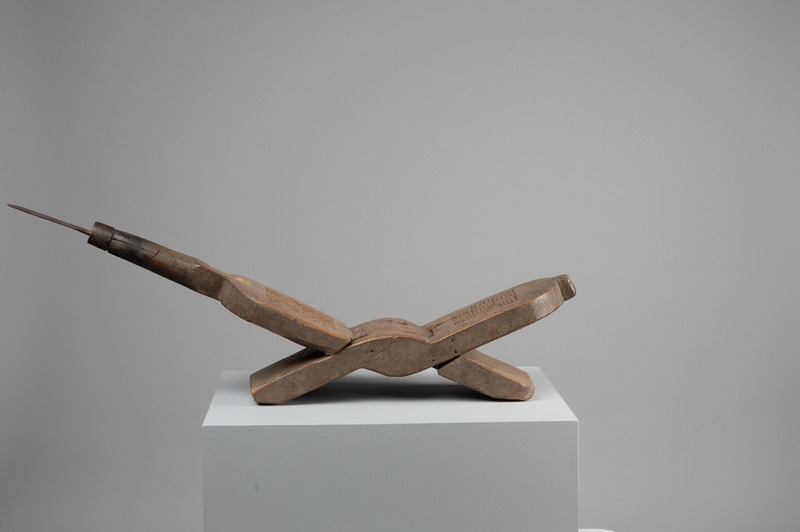 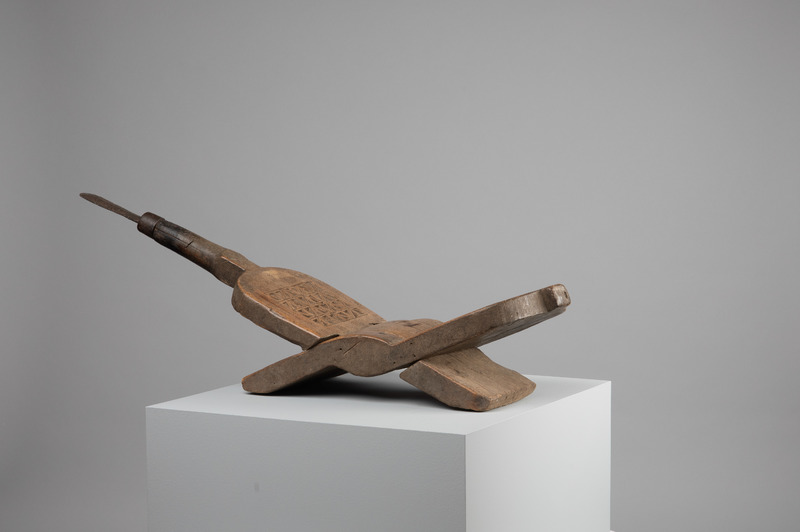 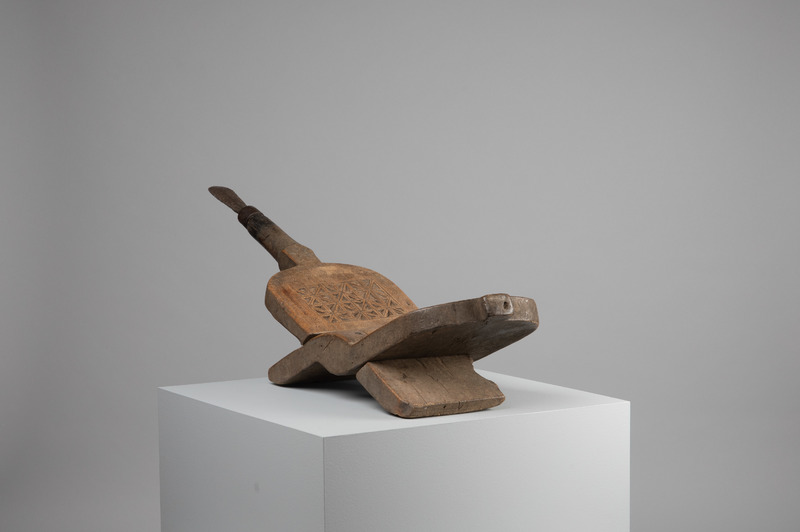 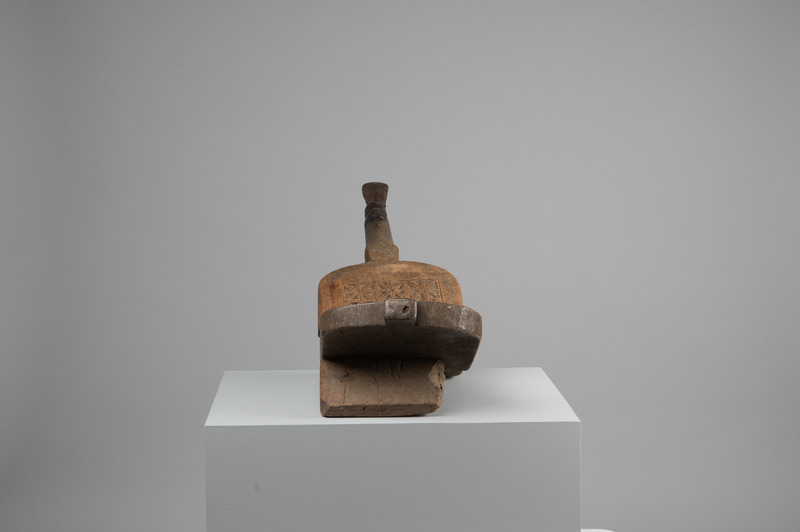 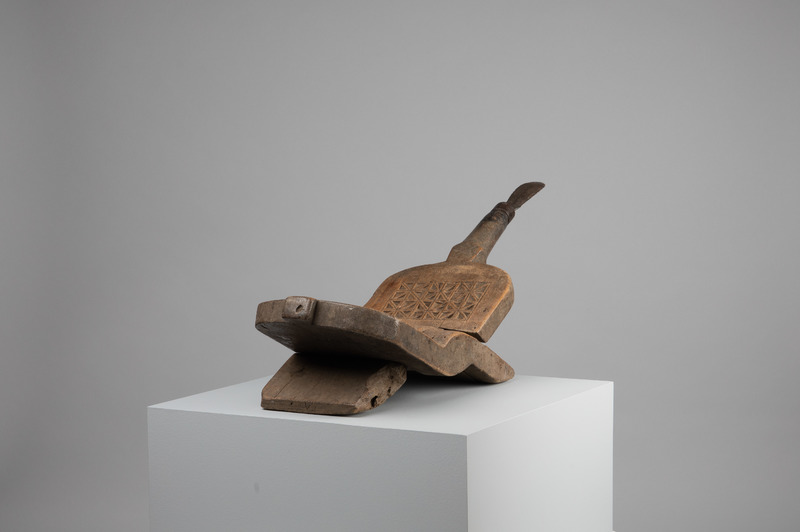 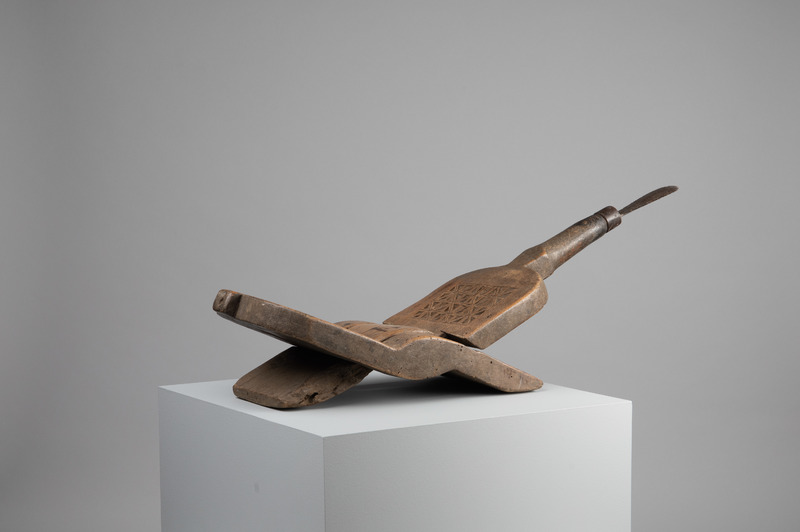 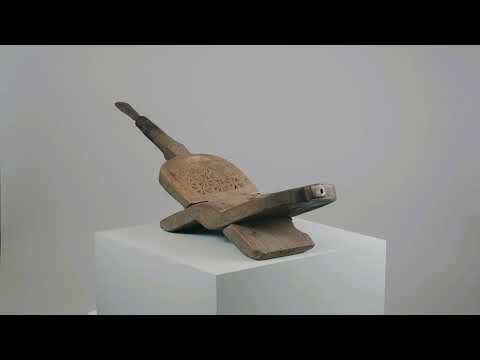 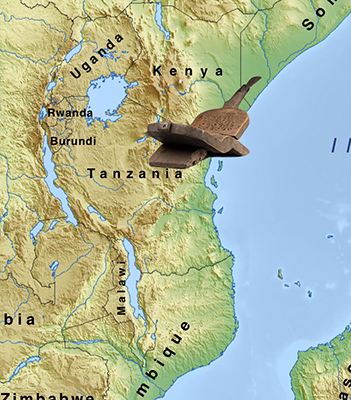