This low stool, known as nta za nyao, has lathe-turned wooden spindle legs of the Siyu style, named for the northern Swahili town of Siyu, on the island of Pate in the Lamu archipelago of what is now Kenya. The craftsmen of Siyu were renowned for their expert production of many art forms, including furniture, leatherwork, jewelry, and hand-copied Arabic and Islamic books. Stools are most commonly crafted from a soft mangrove wood, mtu (avicennia marina), for the legs, and more durable hardwoods such as mkoko mangrove (rhizophor murconata) for braces and plug screws (Brown 1988, 107). Tightly woven coarse string made from coconut fibers forms the webbed seat, which in older versions was sometimes covered with stretched leather or animal hide. The legs were often painted in the “classic Siyu color triad of white, red, and dark brown” (Hussein 2018, 165) in the same way that ceiling beams and door carvings were painted as decorative accents in local homes, or with colored lacquer stripes in a technique adopted from Indian and Ceylonese artisans (Brown 1988, 107). A Swahili stool in the collection of the Ethnologisches Museum Berlin is an example with both the painted stripes and an antelope skin seat (Ident.Nr. III E 12063).

Swahili stools are not always intended for seating. Smaller versions are used as serving tables or to hold wooden or metal food trays (Brown 1988, 108). In Lamu, this type of stool is used as a step to climb into elaborately carved samadari or kitanda cha hindi marriage beds, which are built very high off the ground (Abungu 2009, 142, 158–59). In Siyu, older frames of ulili beds are constructed in the same way as the smaller stool but in varying sizes, so that smaller beds and stools slide easily underneath the largest frame for daytime storage in narrow rooms (Allen 1989, 62). In traditional Swahili homes, most people sit on the floor on top of beautifully woven palm fiber mats or rugs, while chairs and stools are reserved for elders, the head of the family, or invited guests. A Swahili proverb illustrates this custom: “If you invite yourself, you must look for your own stool” (Ajialikaye mwenyewe ajitafutie kibaba).

For the Swahili, as in many African cultures, stools are historically more common than chairs and are linked to additional expressions of hierarchy that extend beyond their utilitarian functions. However, as James de Vere Allen astutely observes, “the borderline between the two sometimes wobbles a little” (Allen 1989, 56). A stool may be a step above a floor mat, but it is a simpler form and lesser cousin to the most prestigious type of chair produced in Lamu, the decoratively carved and inlaid kiti cha enzi, known as the throne chair or seat of power. Another Swahili proverb tells us, however, we should respect anyone who occupies a seat of great honor or authority either way: “The one who sits on the stool must be obeyed” (Akikalia kigoda mtii).

Hussein, Athman. 2018. “Reflections on the Artistry and History of Swahili Carved Doorframes in the Collection of the Lamu Museum.” In World on the Horizon: Swahili Arts across the Indian Ocean, edited by Prita Meier and Allyson Purpura, 163–73. Champaign, IL: Krannert Art Museum and Kinkead Pavilion. 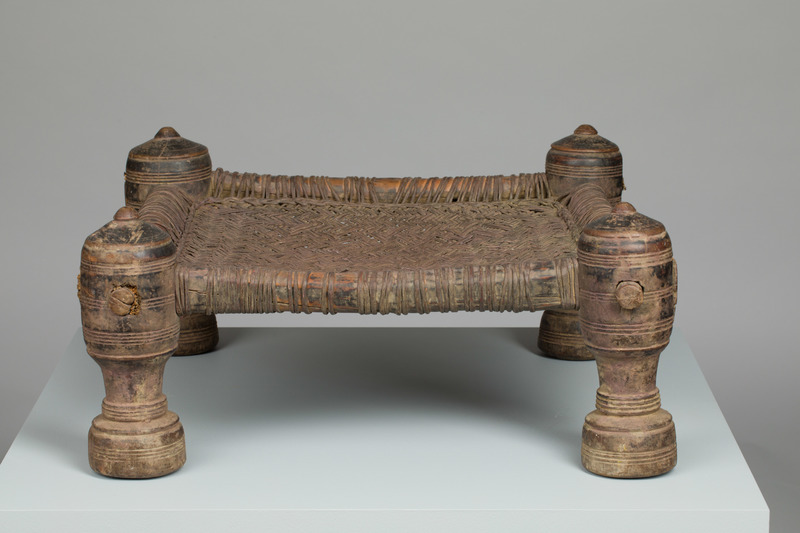 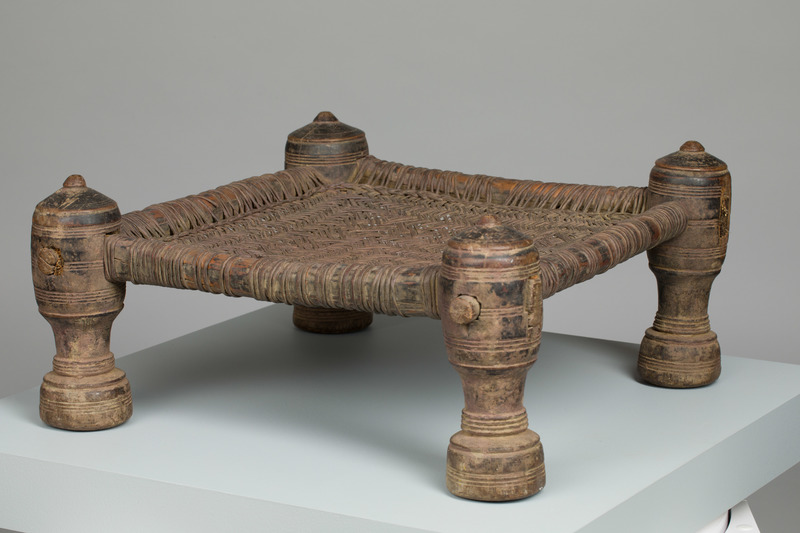 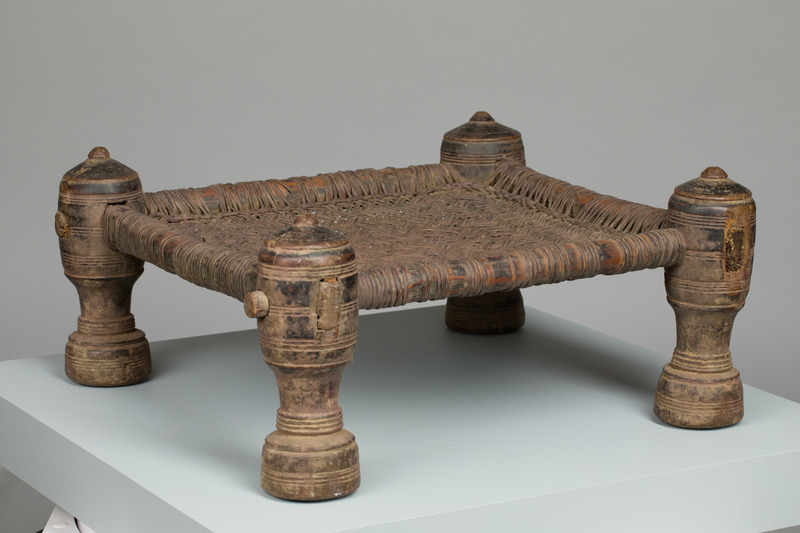 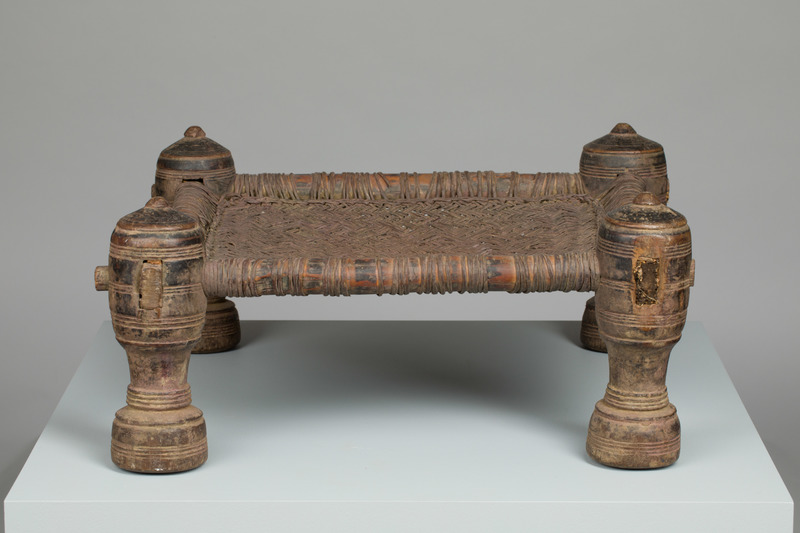 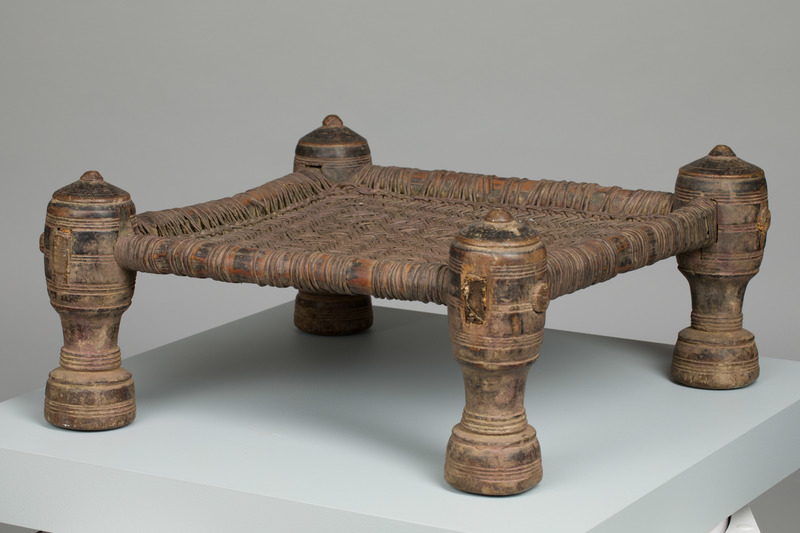 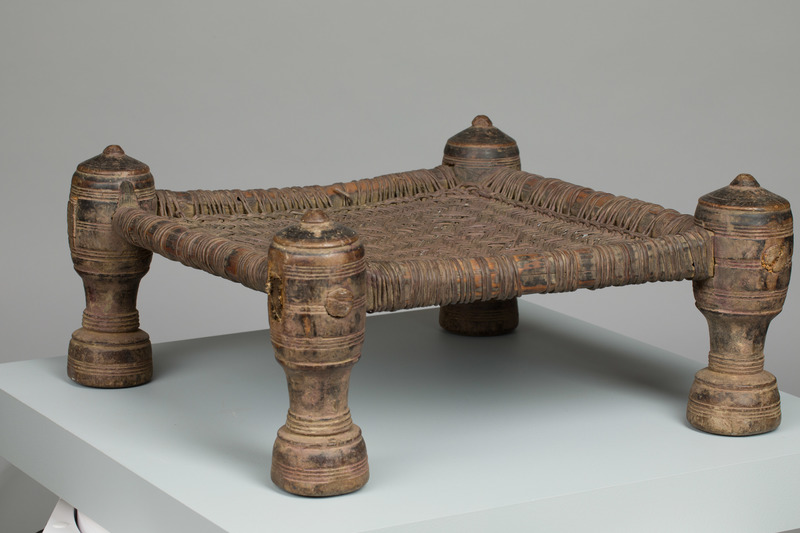 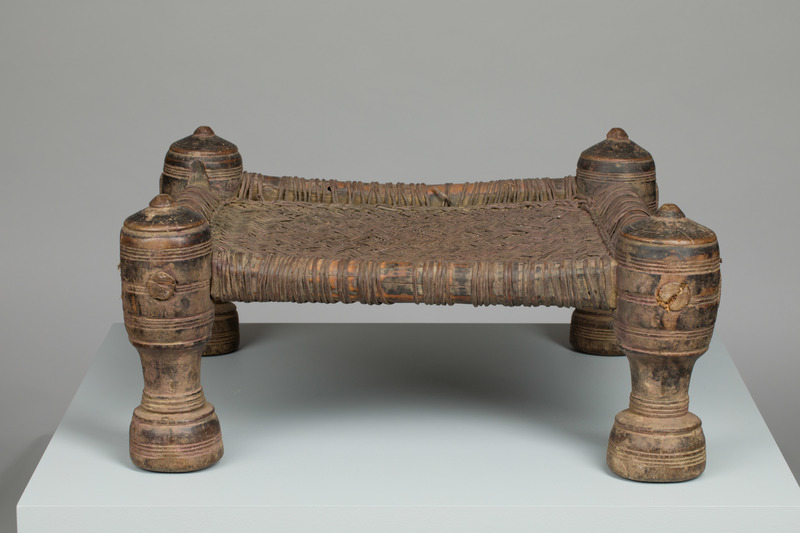 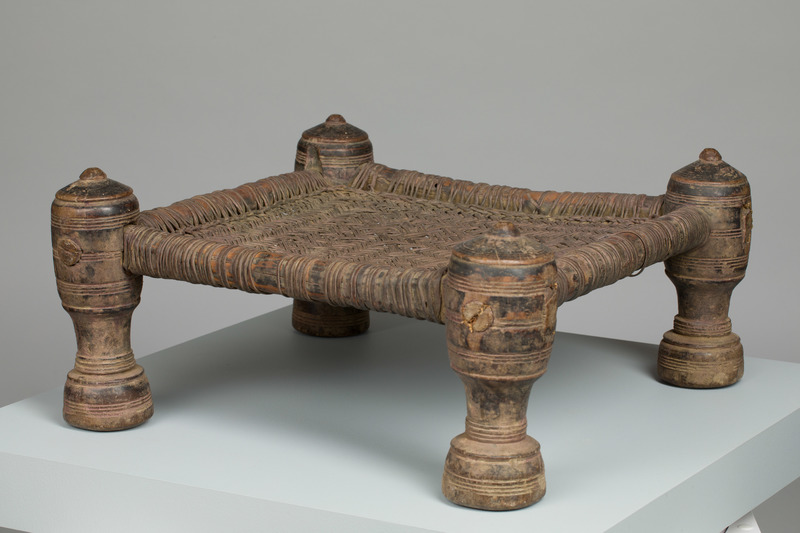 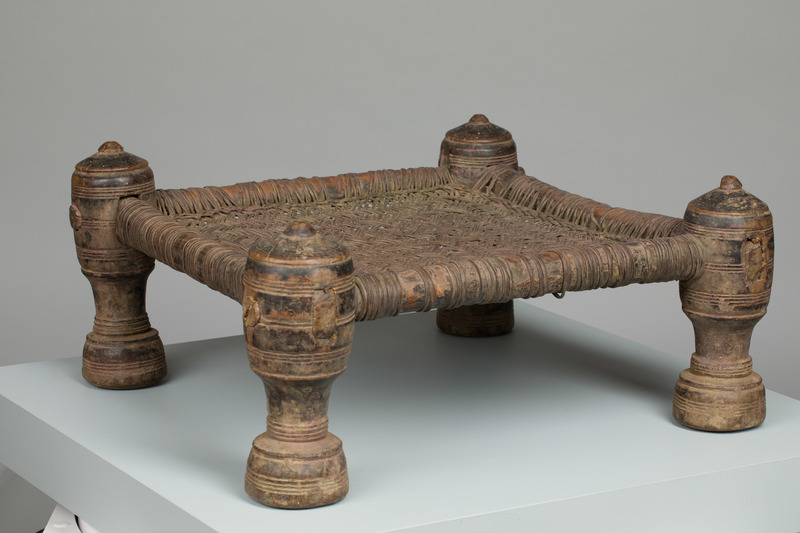 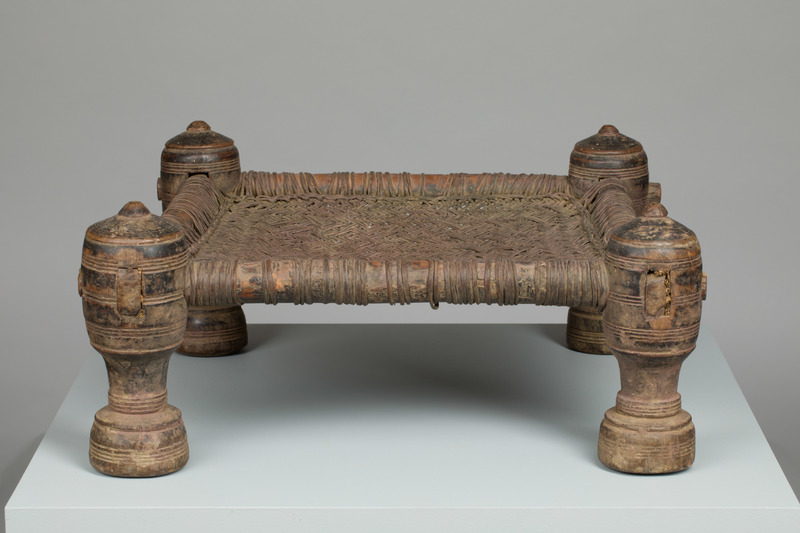 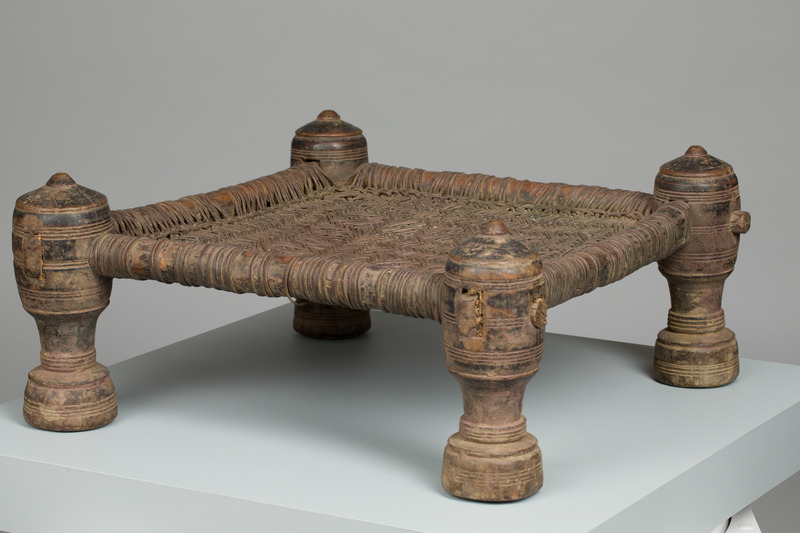 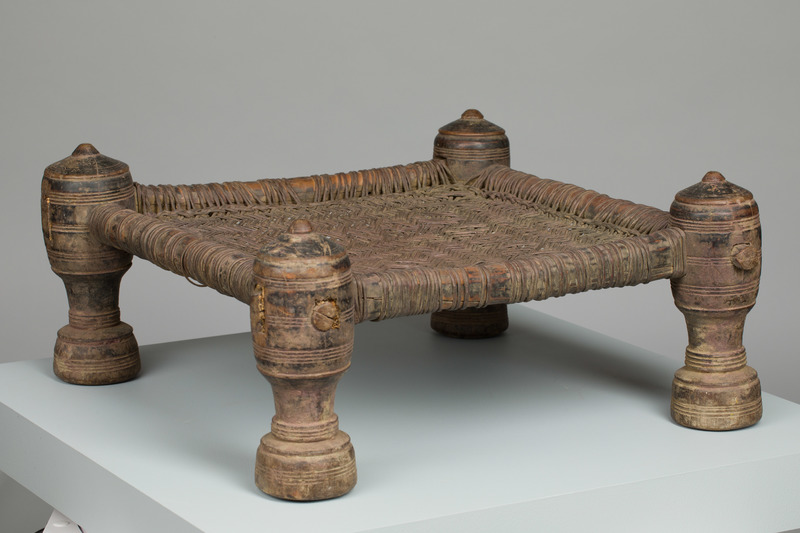 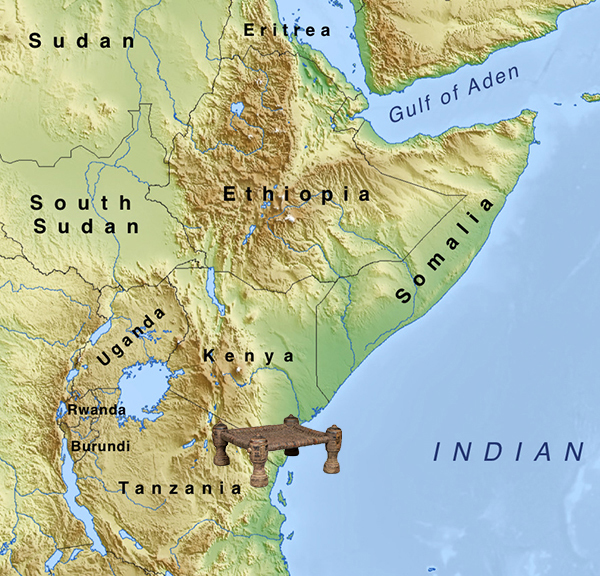 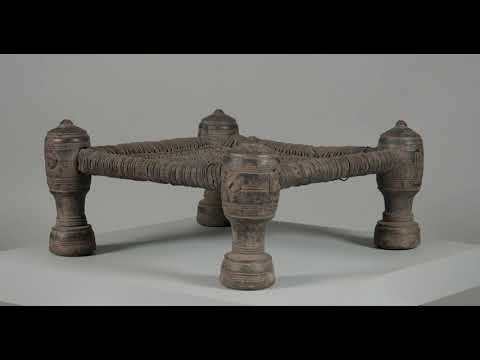