Headrests of this type are used by a number of different peoples in South Sudan, southwestern Ethiopia, Kenya, and Uganda (Dewey 1993, 46). John Mack, in describing a similar Karamajong headrest, notes that it “could just as readily been have been attributed to other pastoralists, to the Turkana in Kenya, the Toposa in the southern Sudan or the Nyangatom and related peoples in the Omo Valley of Ethiopia” (Mack 1995, 141). All are cattle herders and move around with their animals, and in the past they may have seen each other’s headrests; or, as is often the case, styles of utilitarian objects and art might have been seen and shared in regions that extend beyond individual ethnic group territories. Throughout this area peoples use several different kinds of headrests, and they almost always have a role in declaring their owner’s status. Headrests such as this example are generally symbols that the adult males who own and use them have completed their initiation into adulthood or warrior status.

Among the Karamajong, Wilson has noted,

All the personal artifacts of the Karamajong are highly stylised. . . . Each style bears its own distinctive name, some having a distinctive use and others may be associated with an individual’s status. Thus an adolescent male into early manhood would wear a conical type of head-dress as a mark of his age-set and carry a U-shaped stool. On passing through asapan initiation into the succeeding age-set he would take off his conical head-dress and commence the wearing of another type, known as etmat in accordance with higher status, similarly he would discontinue carrying his amakuk (U-shaped stool) and make himself another different outline, possibly one known as lokasepanak. In former times there were even artifacts of particular outline connecting eldership, these included a head-dress known as pelekwa or sometimes eyoliputh and a stool known as lakaisekoo, the latter may still be in evidence. (Wilson 1973, 83–84)

While Wilson calls them stools, they were more likely to be multifunctional implements serving as both stools and headrests. His description of the use of headdresses is also a little confusing, is it implies the use of a type of hat, whereas what these people actually wear are cultivated hairdos, known as mud caps, which are constructions, often colored and highly ornamented, that combine mud and the hair on the head (Arnoldi and Kreamer 1995, 48–49, 58–59; Dewey 1993, 50). The function of these headrests is therefore also to keep these hairdos off the ground and protected from damage. 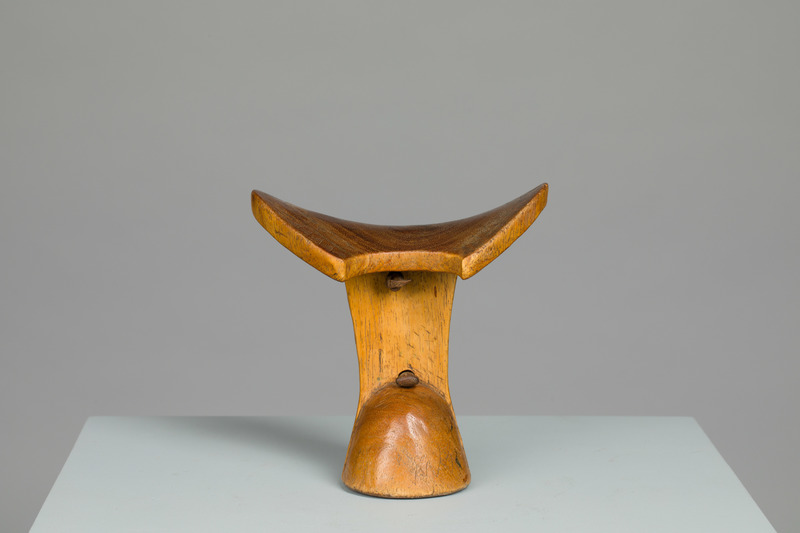 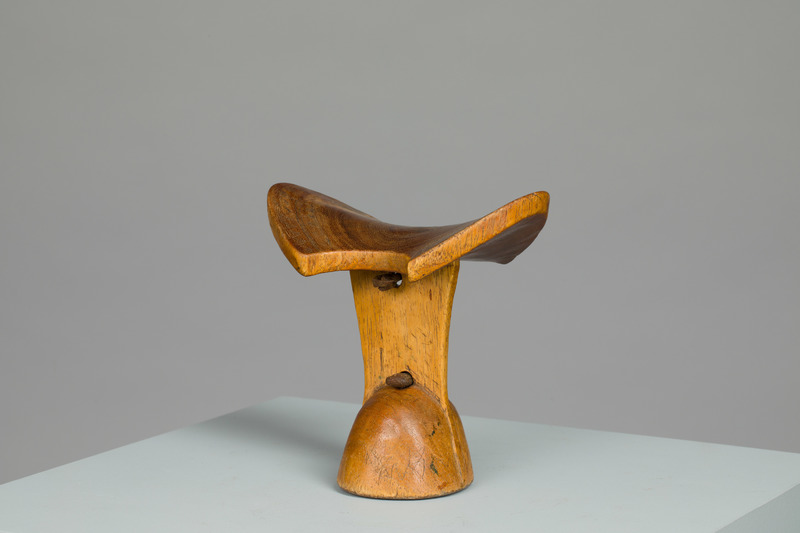 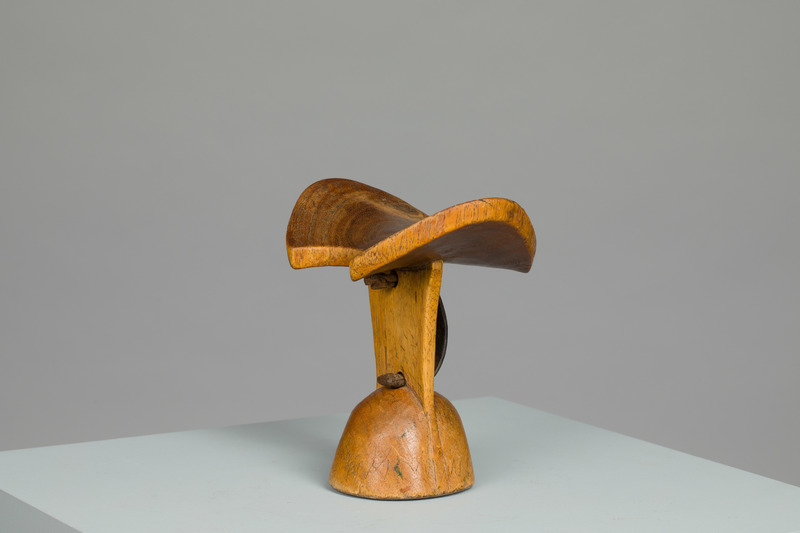 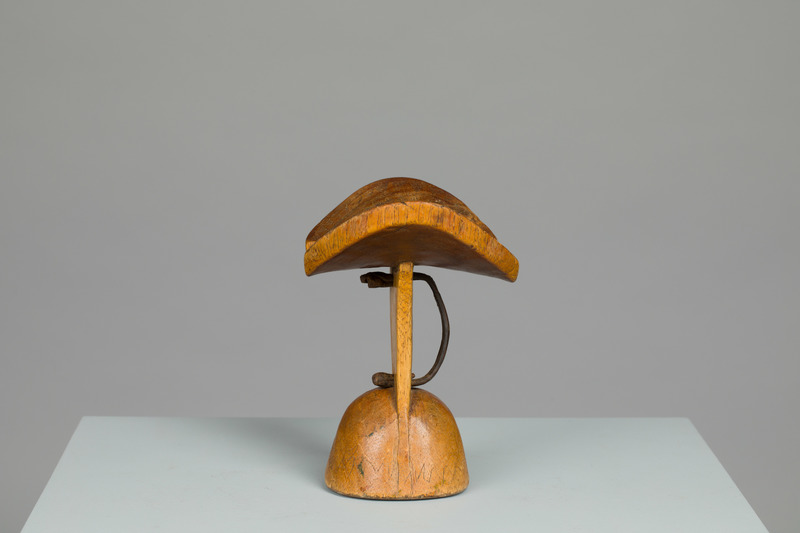 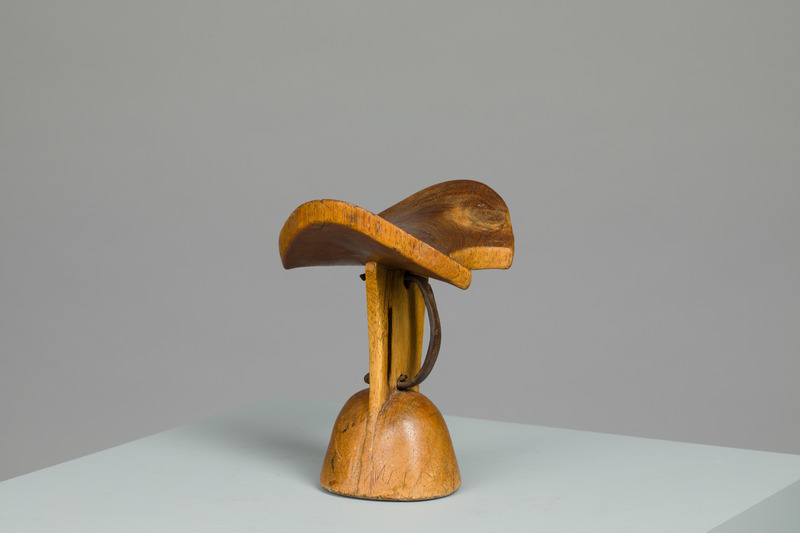 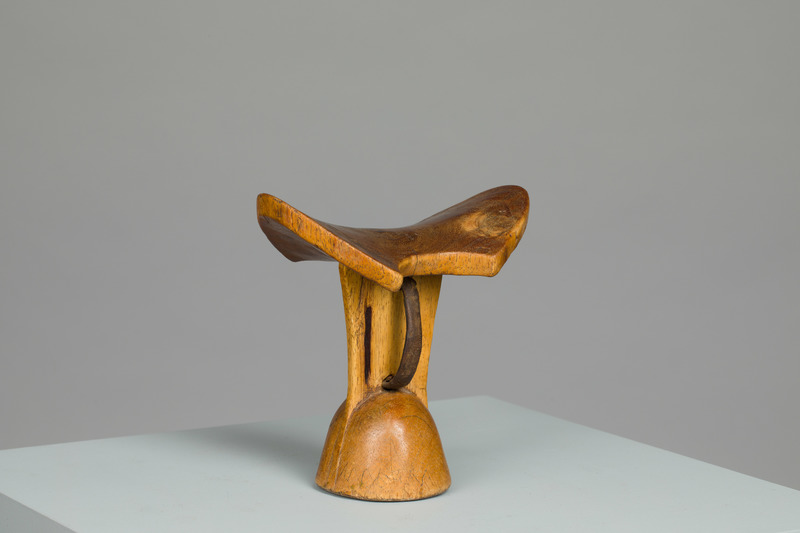 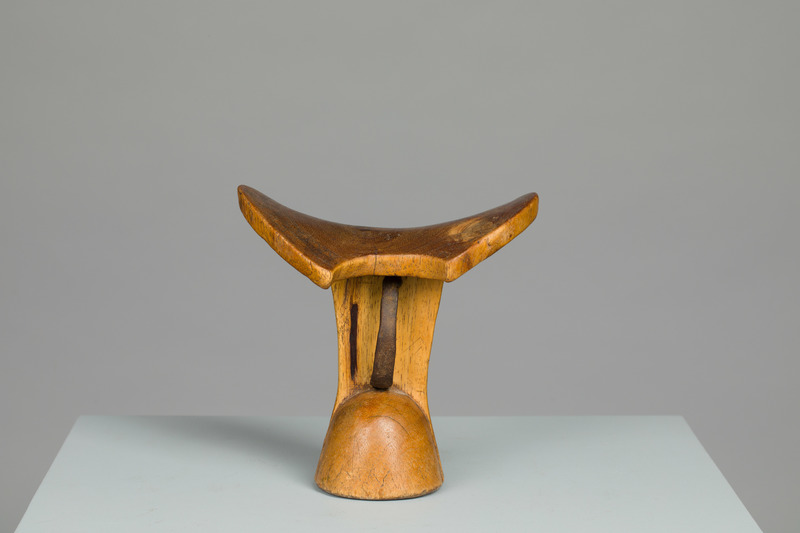 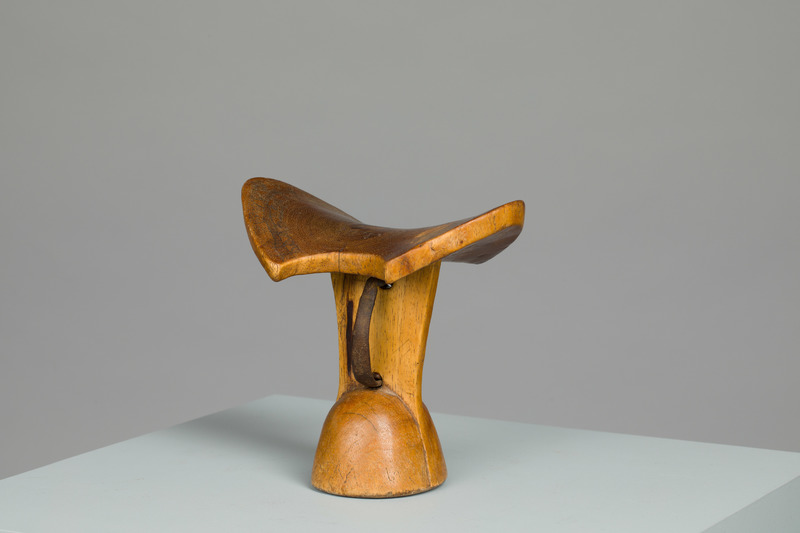 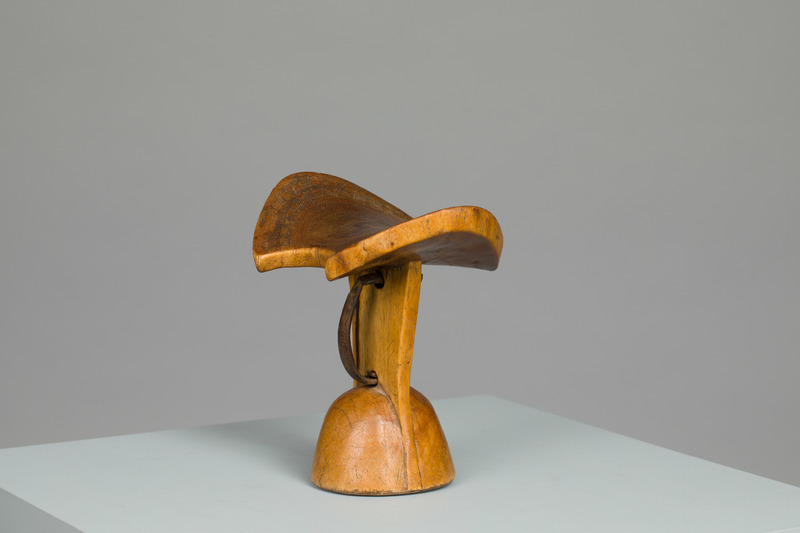 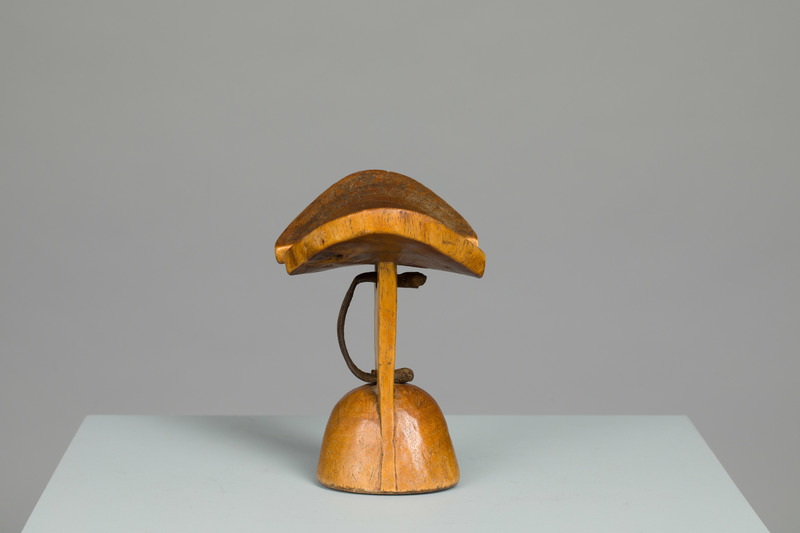 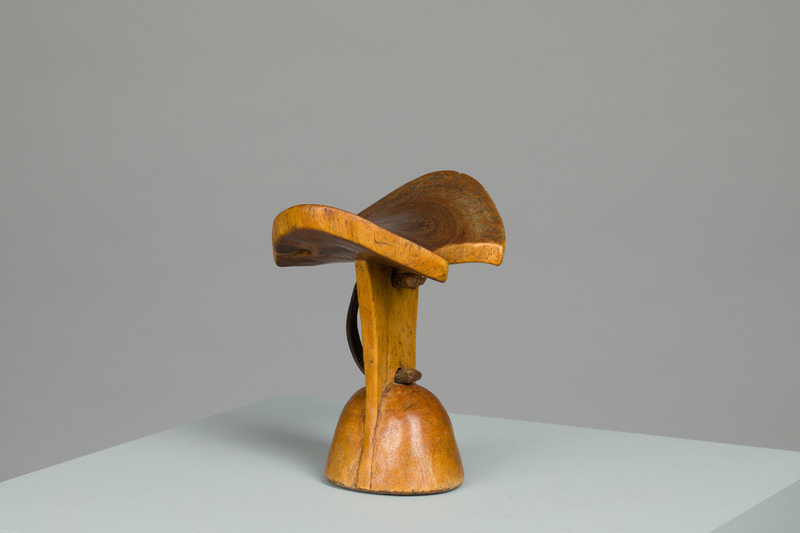 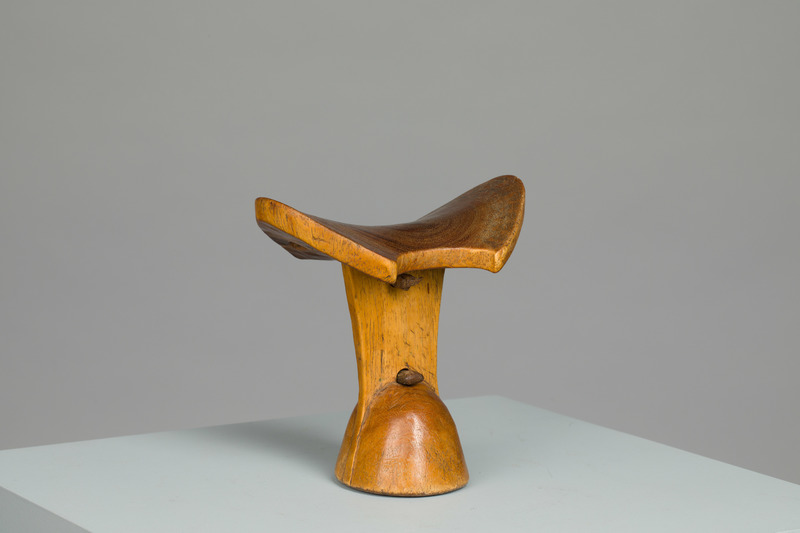 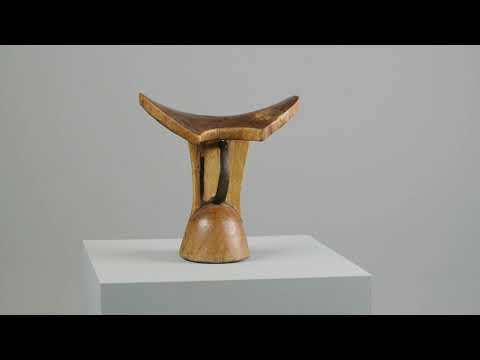 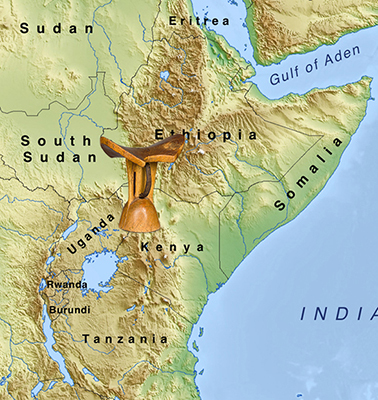