The Lega peoples of eastern Democratic Republic of the Congo are organized into clan groups and are without strong chiefs. Cutting across clans, lineages, and territorial groupings, however, is an association known as Bwami. Because of the weak organization of other societal systems, Bwami fulfills political, social, artistic, economic, and religious roles for all of the Lega peoples. An association of men and their wives, the purpose of Bwami is to instruct the uninitiated in “wisdom and moral excellence” (Biebuyck 1973, 71). There are three levels of initiation for women and five for men. The highest level for men is known as kindi. At each level they desire to join, the initiates must pay with meat and goods to those already initiated. In return they are instructed about the level’s specific knowledge through performances, proverbs, and the presentation of objects. Upon completion initiates are presented with level specific insignia such as objects, belts, and hats. Most Lega men belong to Bwami, but few achieve the higher levels (Cameron 1995, citing Biebuyck 1994). This hat is for members of the highest grade, kindi, so it visually signifies the highest status within the hierarchical Bwami organization.

According to a study of Lega hats by Elizabeth Cameron,

Members of the highest level of kindi, lutumbwo lwa kindi, wear hats made of canvas covered with shells, cowries, and (more recently) buttons, and surmounted by an elephant tail (Biebuyck 1973). The hat is called mukuba wa maseza (Biebuyck and Van den Abbeele 1984, 84) and is worn daily. . . . Elephants represent simultaneously all of Bwami and the highest level of kindi. Aphorisms compare all Bwami members to elephants: “Bwami, the stampeding of elephants; the place it has passed cannot be forgotten” (Biebuyck 1973, 127). Elephant products, however, are reserved for members of kindi, Bwami’s highest grade (Cameron 1995,154–55).

When a member dies, his hat is buried with him (Biebuyck, personal communication 1994). Other hats are placed on his grave along with other insignia and initiation objects he controlled (Biebuyck 1973, 105, 173; 1986, 26–27). At the appropriate time, a kinsman removes the insignia and holds it until a clan member takes the deceased’s place in Bwami. If a Bwami member should die away from home, the Bwami hat is returned and buried in place of the body (Biebuyck 1986, 170). The hat, therefore, not only represents Bwami ideology and status, but serves to bridge the gap between living and dead, keeping a balance within the clan and between Bwami and the clan (Biebuyck 1977, 12) (Cameron 1995, 149–50).

———. 1986. The Arts of Zaire. Vol. 2, Eastern Zaire: The Ritual and Artistic Context of Voluntary Associations. Berkeley: University of California Press. 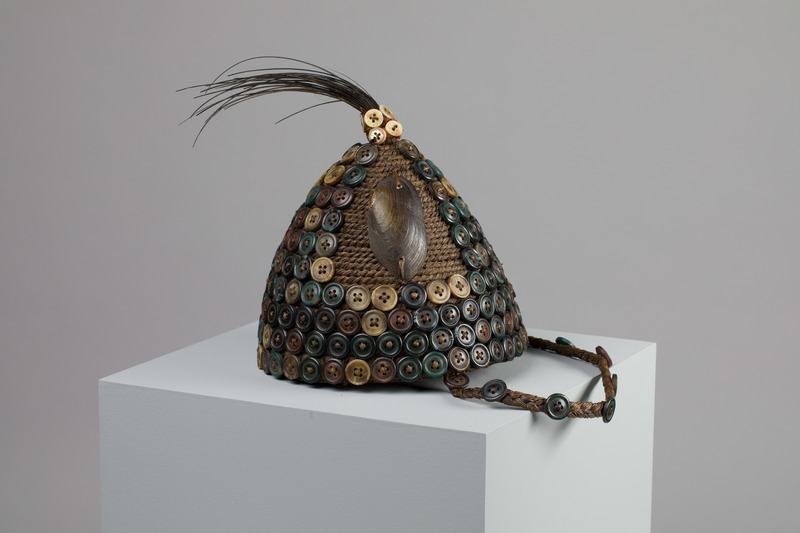 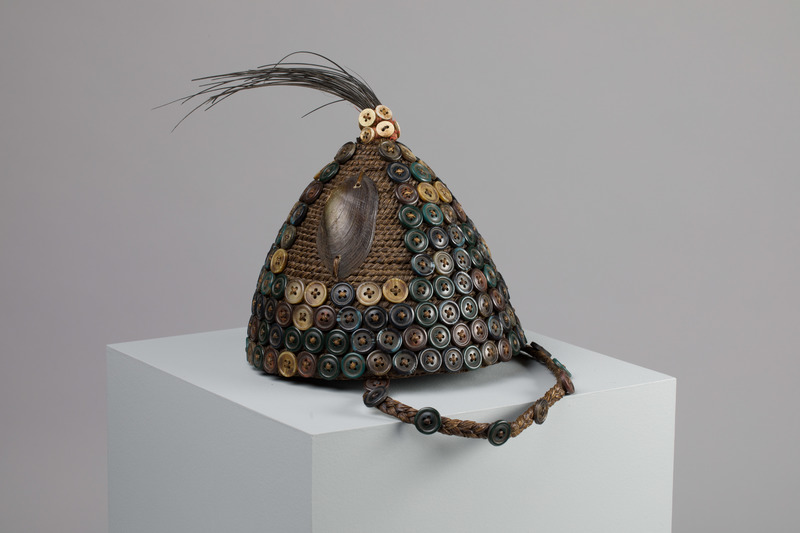 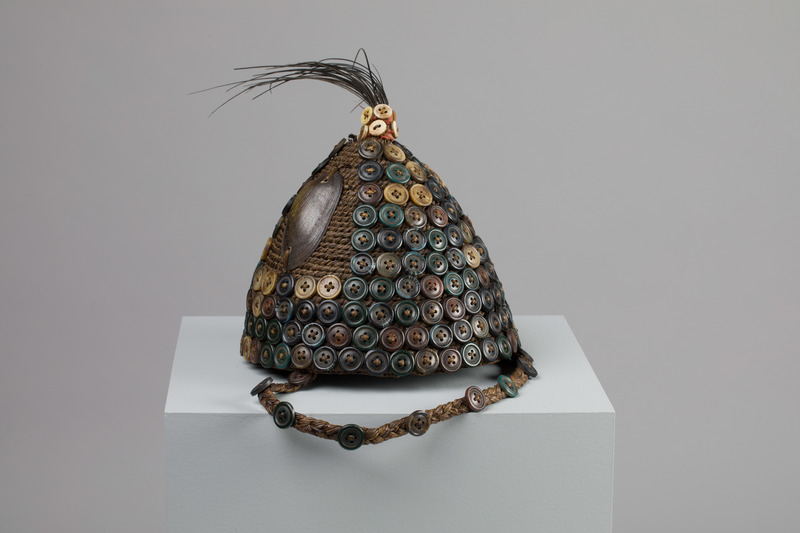 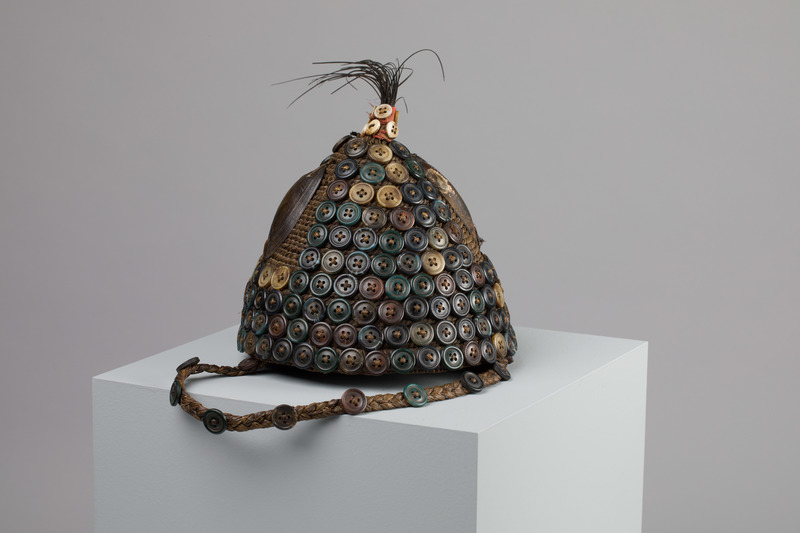 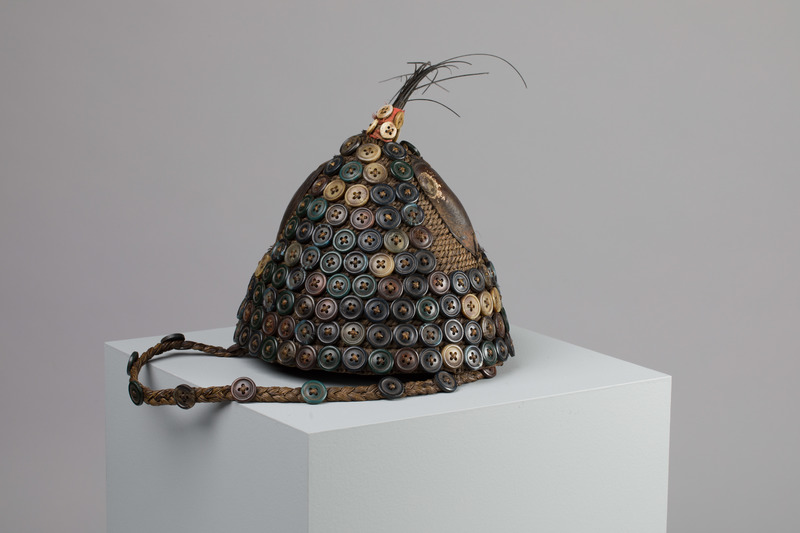 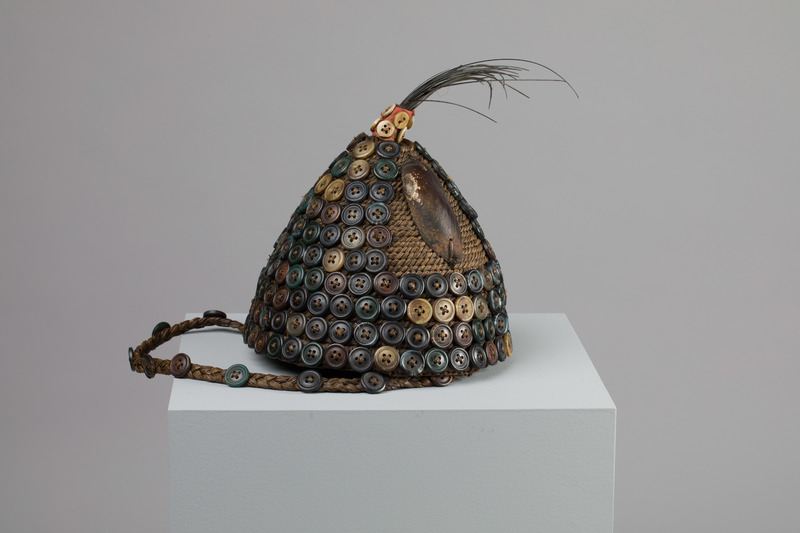 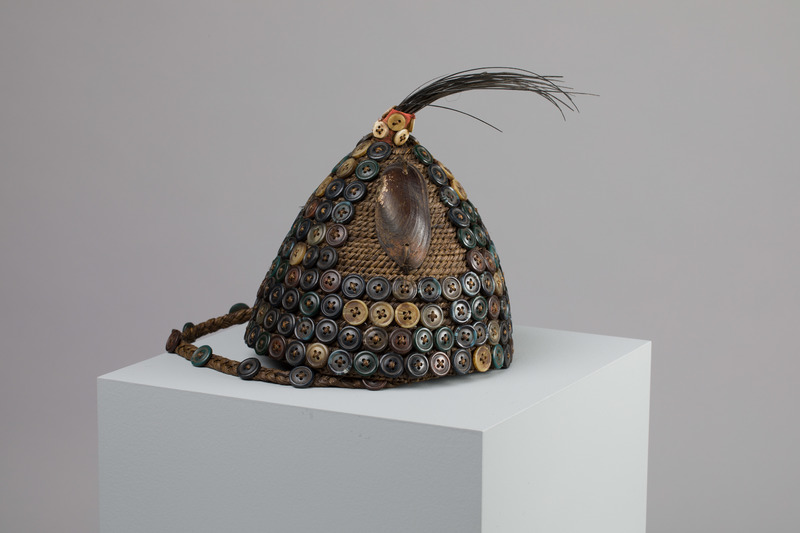 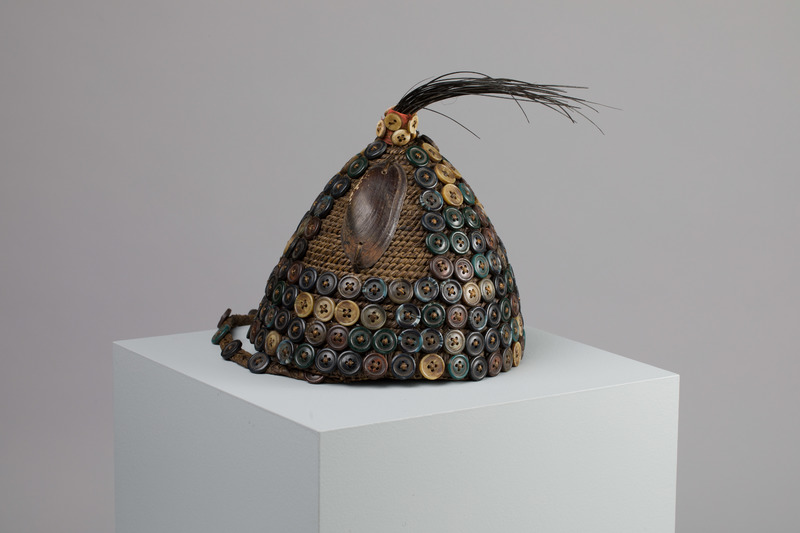 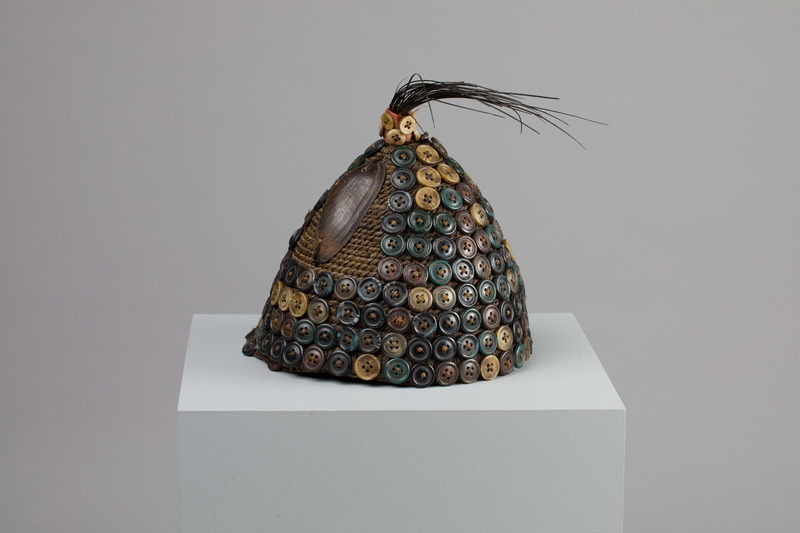 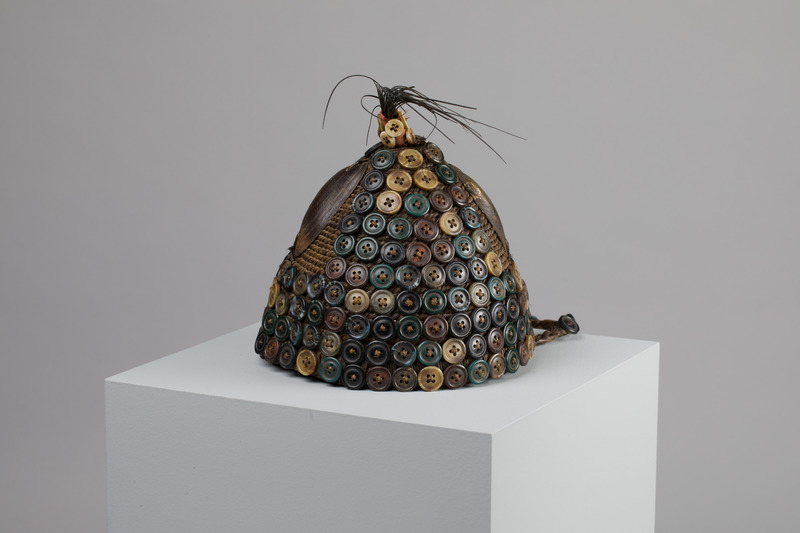 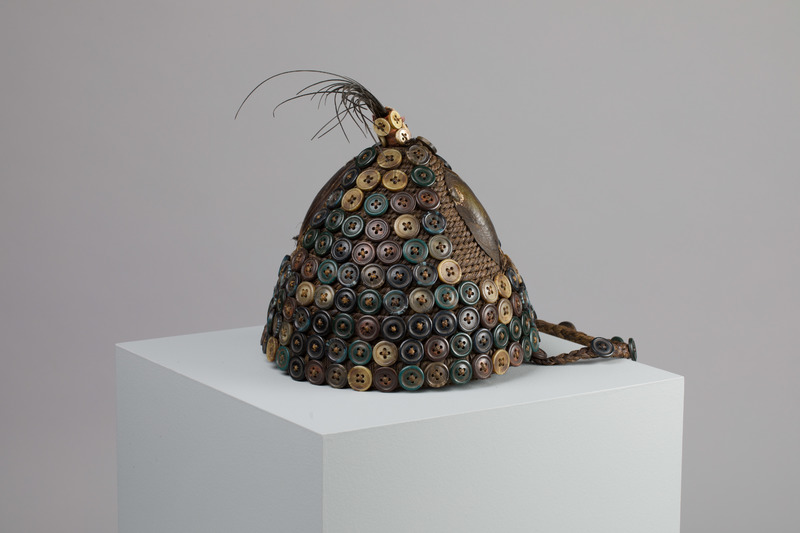 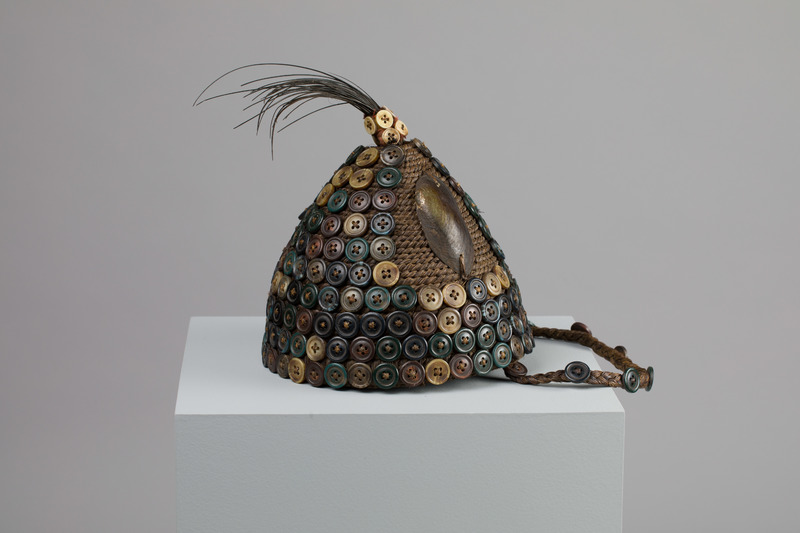 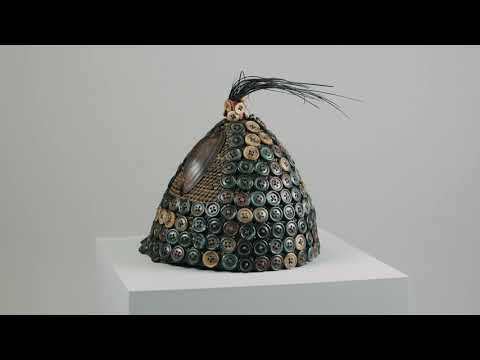 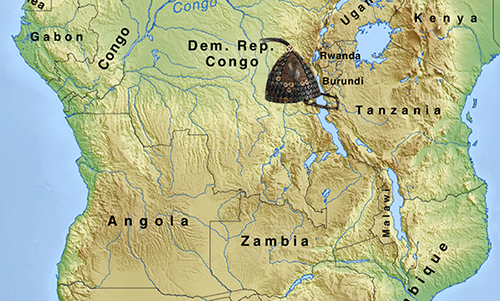