This hat (botolo) is the emblem of rulership of the village chief (nkumu) of the Ekonda people of central Democratic Republic of the Congo (Arnoldi and Kreamer 1995; Nicolls 1999). Similar hats are also worn by several neighboring peoples. “Local authority was traditionally vested in a ritual chief (nkumu), a title conferred by village elders on a wealthy outsider who, in adopting the office was obliged to pay for the authority invested in him” (Mack 1995, 307). Although he shares political power with others, he is still the most important in the socio-religious realm. With the power of the ancestors behind him, he is in charge of divination and rituals concerning the spiritual welfare of the community. If a chief is the first in his line, he must have a hat made, but as the office is often hereditary the hat is often passed down from generation to generation. The hat is constructed of raffia and cane fiber using basketry techniques into a tall pagoda-like cylindrical form with six (in this case) flaring horizontal elements. Circular brass disks, an emblem of wealth and prestige, are added to the front and occasionally to the top and back. Mack reports that the disks were made from hammered brass rods, a currency form, that were “handed over by the incoming nkumu as part of the installation ceremonies” (307). In the 1940s, when brass became scarce, a row of safety pins was suspended from the brim (Arnoldi and Kreamer 1995, 45, citing Brown 1944). For some public occasions the hat would be liberally smeared with camwood powder mixed with oil.

Archival photos depict the nkumu holding either an ikalaka prestige knife or an ingonde sword. Blacksmiths throughout this area were skilled at making a variety of shapes of weapons (Westerdijk 1984; Krieger 1999; 2019). Some may have been used as currency for such special purposes as bridewealth payments, while others were for ceremonial display. The ikaklaka prestige knife blades, with bifurcations, prongs, and scrolls embellishing them (as if their blacksmiths were pointedly boasting of their prowess), could be used by either men or women. Prominent men such as the nkumu used them, but women also did in ceremonies such as funerals and the birth of a first child (Krieger 1999, 210–11; 2019, 363). The other weapon type, an ingonde, could only be used by wealthy men, and old ones are displayed to extol the renown of the families of the expert blacksmiths who made them (Krieger 1999, 197–210; 2019, 360–61). Neither blade is therefore the exclusive emblem of the nkumu position. 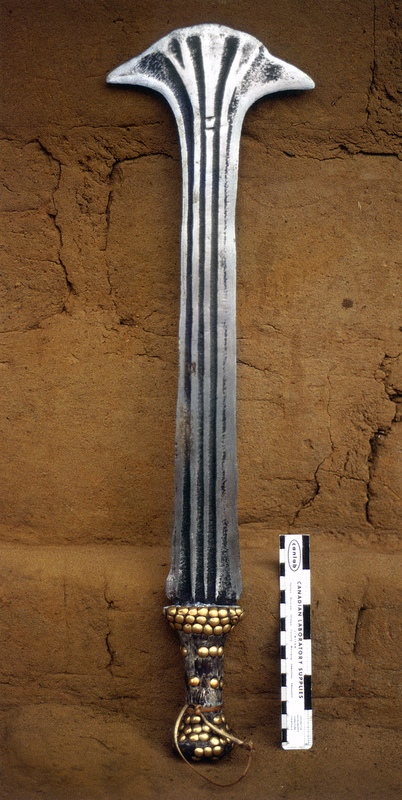 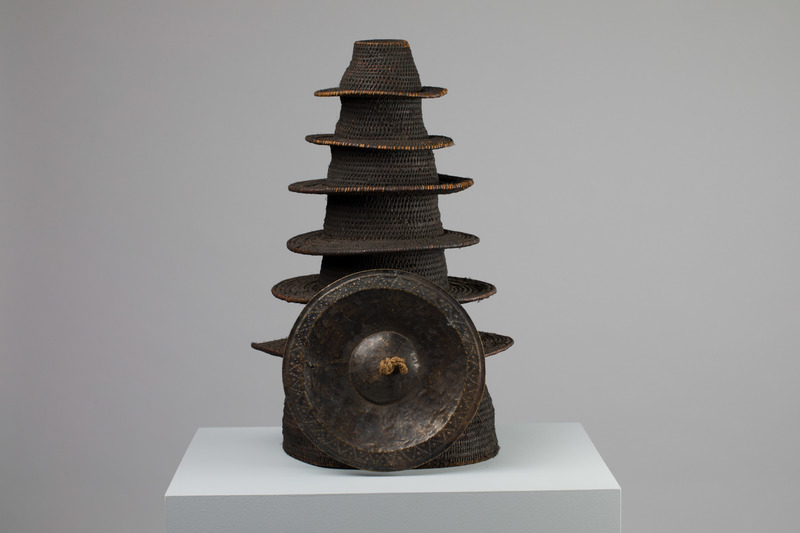 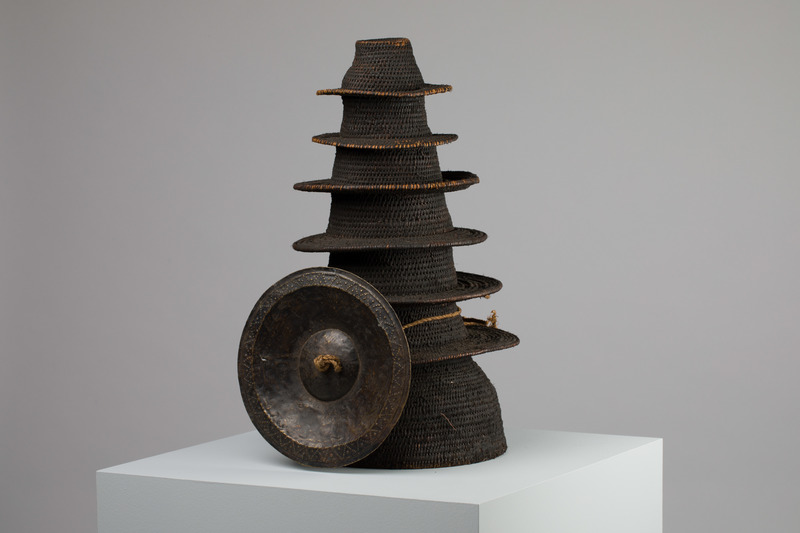 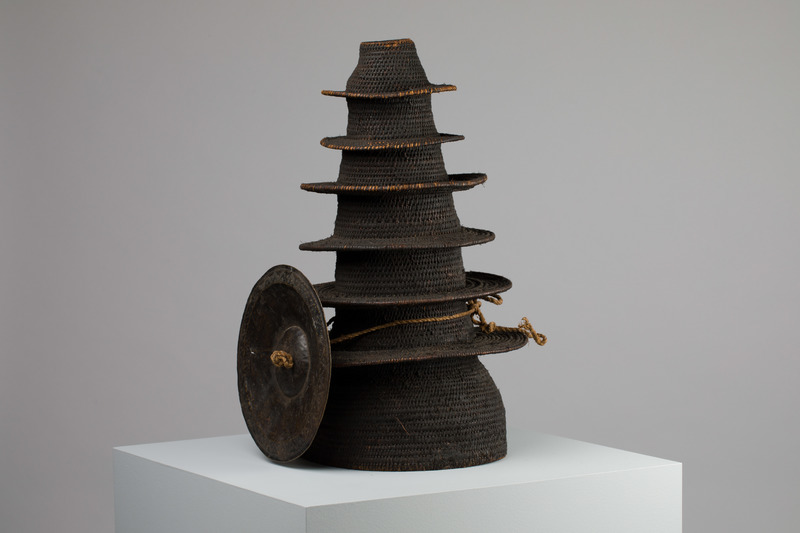 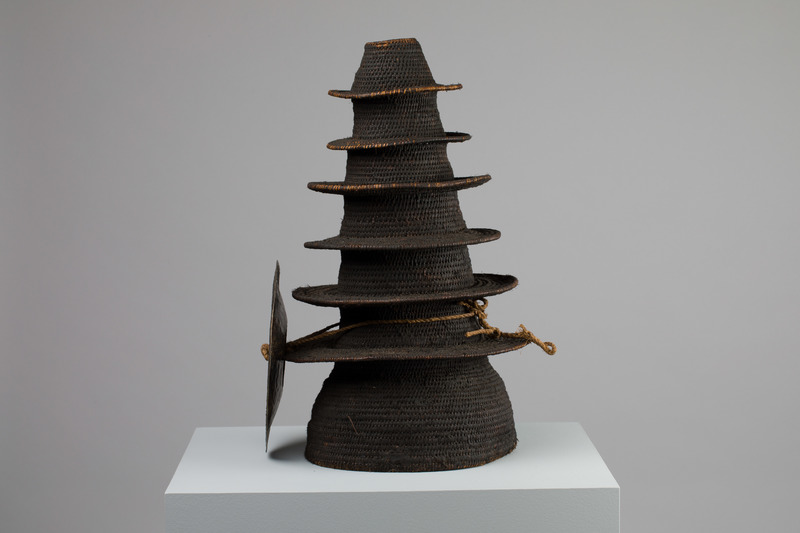 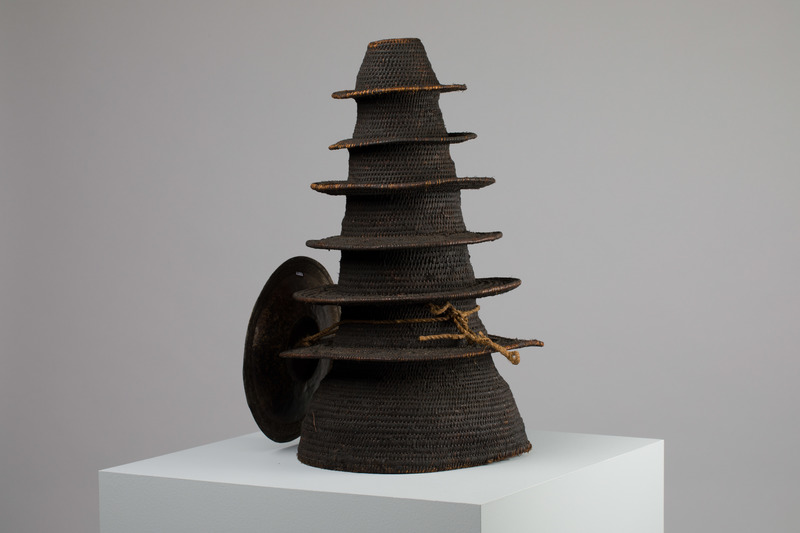 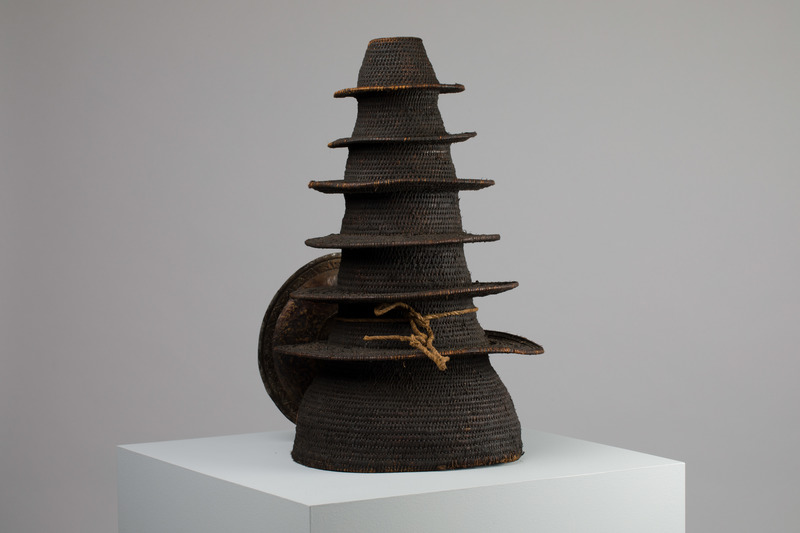 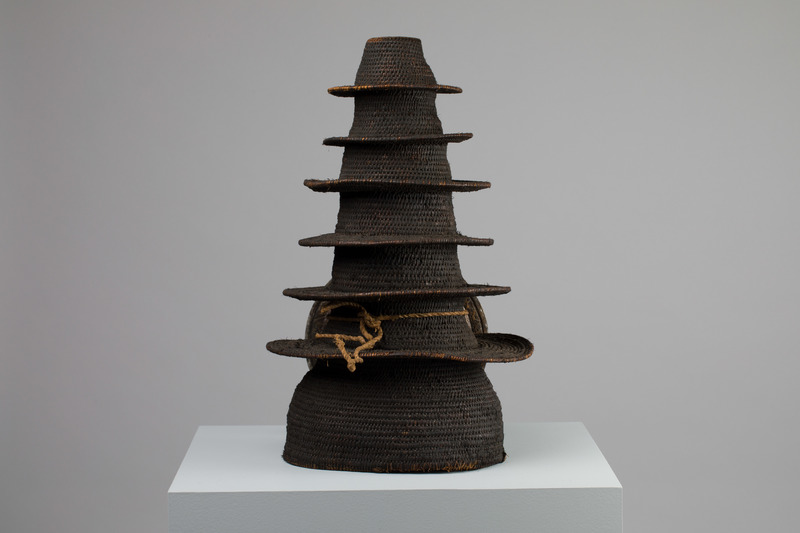 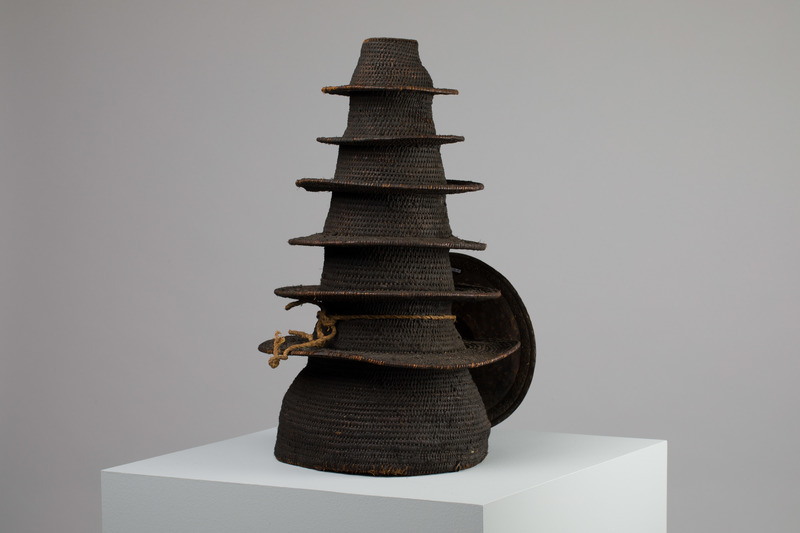 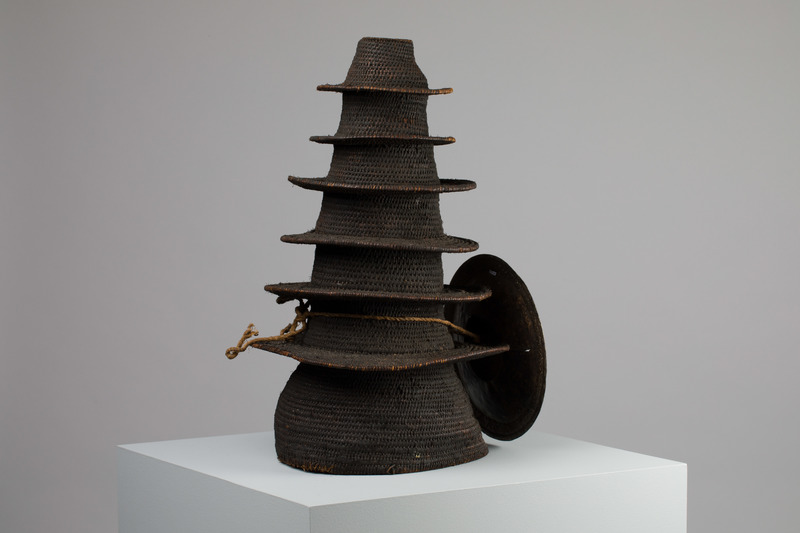 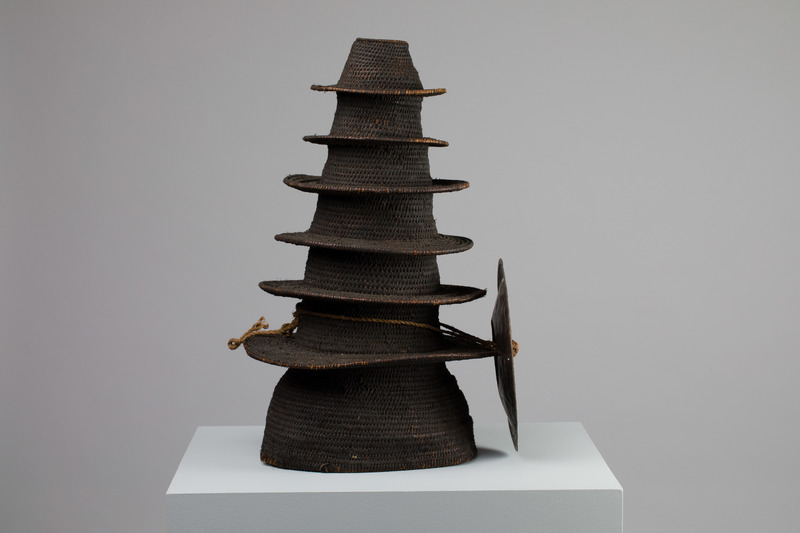 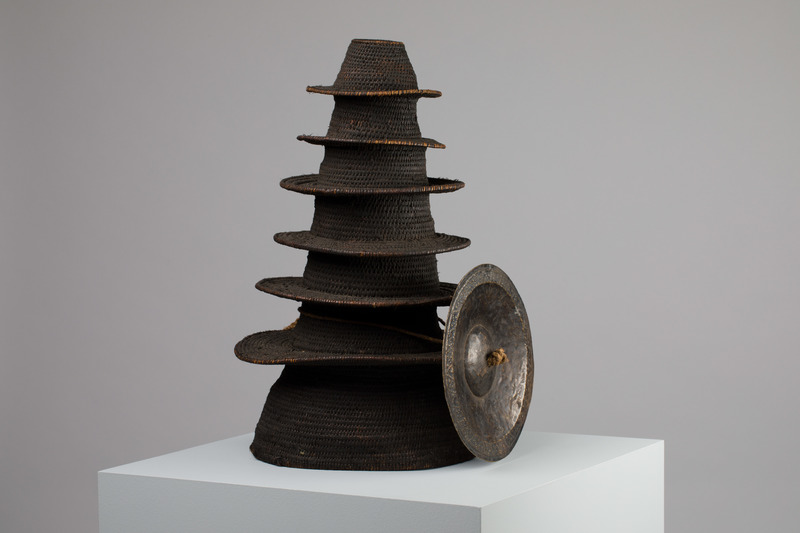 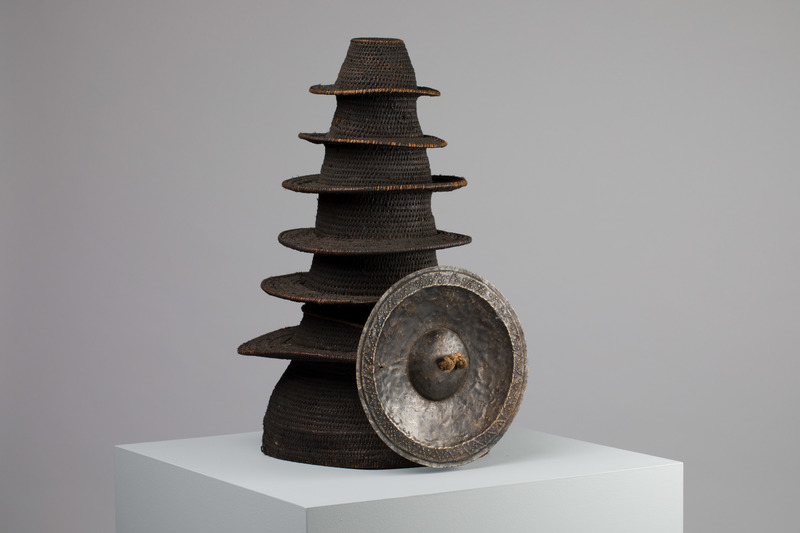 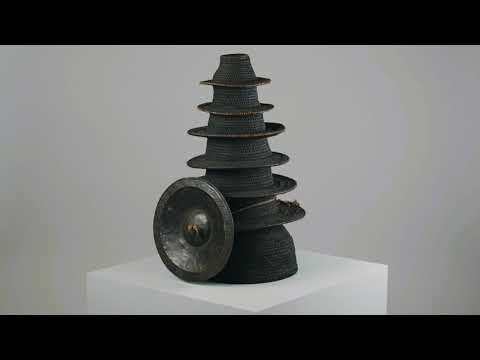 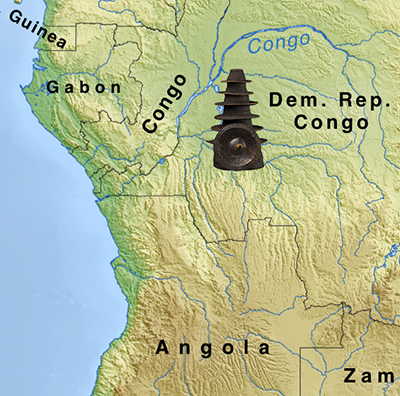