This standing male figure is an ancestor portrait carefully carved with details that both identify and idealize the individual represented. He stands alert and at attention on large feet with clearly defined toes and flexed legs. He proffers with raised arms a knife in his right hand and an animal horn in his left. In these portraits, Beembe artists tend to individualize the figure with depictions of body scarification and adornment—the skullcap, earplug, and accoutrements—rather than in facial features; although in this effigy a long, squared beard conspicuously extends from the chin. The scarification marks carved on the torso of this figure are representative of the geometric markings and “tattoo” designs most commonly found on this style of statue (Lehuard and Lecomte 2010, 104). Reflective glazed porcelain, mirrors, or shiny white shells are set into the eyes to deflect evil or as an entry point for communications with ancestors in other watery worlds, a trait they share with Kongo minkisi (Segy 1969, 211; Petridis 2015, 228).

These small Beembe sculptures are also used as protective devices. An opening is carved or drilled at the back so that symbolic medicinal materials may be inserted into the anus. A magical white clay substance, mukuya or mukuyu or “the spirit of the ancestors,” activates the figure with power to channel vital ancestral energy to safeguard the home and family of its owner. When the cavity is empty, as in this example, the sculpture is considered an object of beauty to be appreciated for its elegant carving and artistry (Börrisson 1925, 17–18; Roy 2014; Petridis 2015, 228; Lehuard and Lecomte 2010, 102–4).

Two similarly carved sculptures—one in the collection of the University of Florida Samuel P. Harn Museum of Art and the other at the Museum of Ethnography in Stockholm—share many common characteristics, including the stance, elongated beard, and mustache-shaped scarification marks. In those examples, the ancestor holds a knife and a calabash, “possibly alluding to the power wielded on behalf of the living by those who have gone into the realm of the ancestors” (Poynor 2008, 361–62). In all three effigies, the implements grasped at chest level might indicate power and prestige, or that the ancestor represented was a healer, a leader, or a noble figure (Roy 2014). Their accoutrements, poses, and distinctive features are typical of what has been referred to as the “classic Mouyondozi” style, named for the largest Beembe city (Cooksey 2016, 70), or sibiti figures, named for the village of Sibiti in Congo, where similar sculptures were made or acquired (Segy 1969, 211; Petridis 2015, 228).

The Beembe, who live north of the Congo River in the Brazzaville region, have historically complex relationships with neighboring cultures, especially with the kingdom of Kongo, going back to at least the fifteenth century (Roy 2014). A diverse and wide range of art forms and objects is used for shrines and remembrances as part of the worship of ancestors in the region. The emphasis on the veneration of ancestors and close links between the living and the dead is embedded, physically and spiritually, in these Beembe statuettes (Lehuard and Lecomte 2010, 102–4). 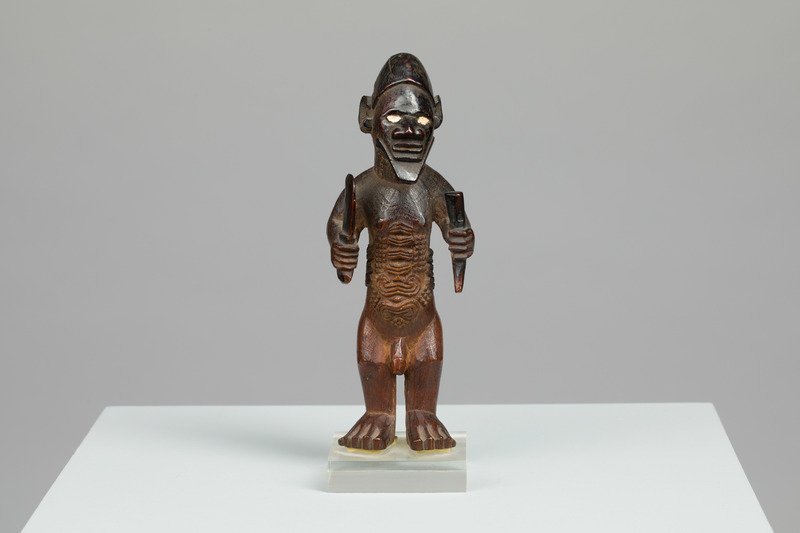 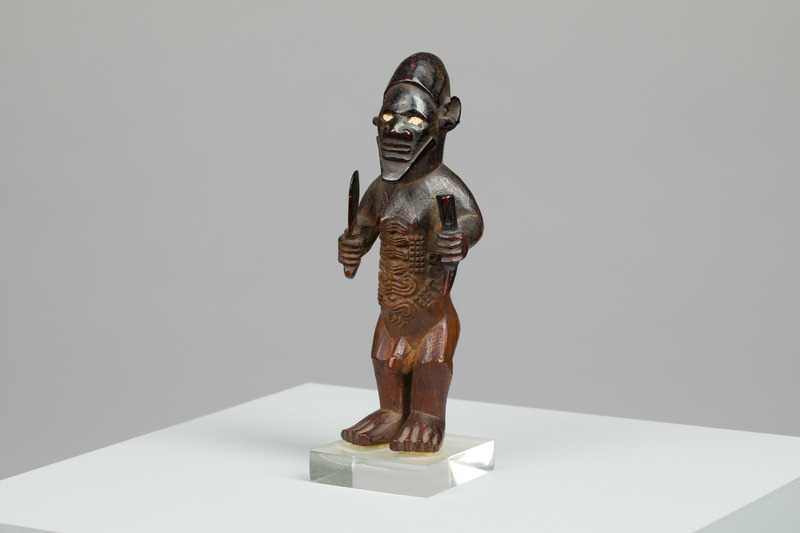 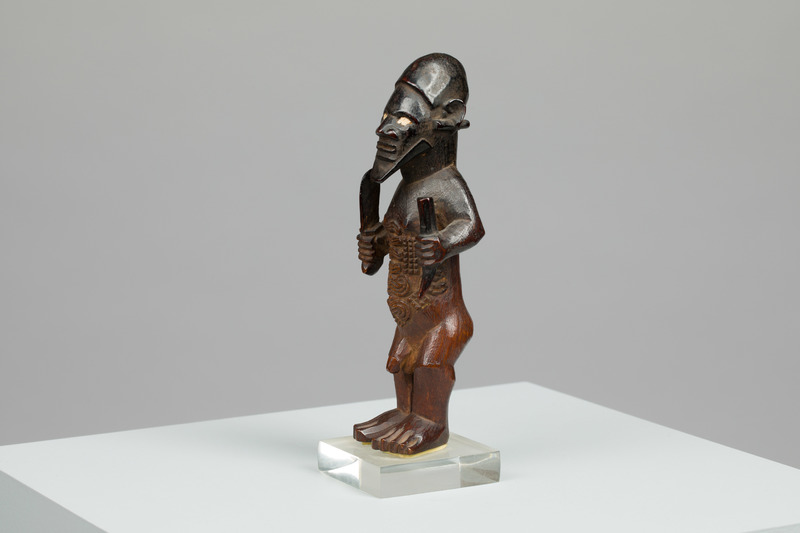 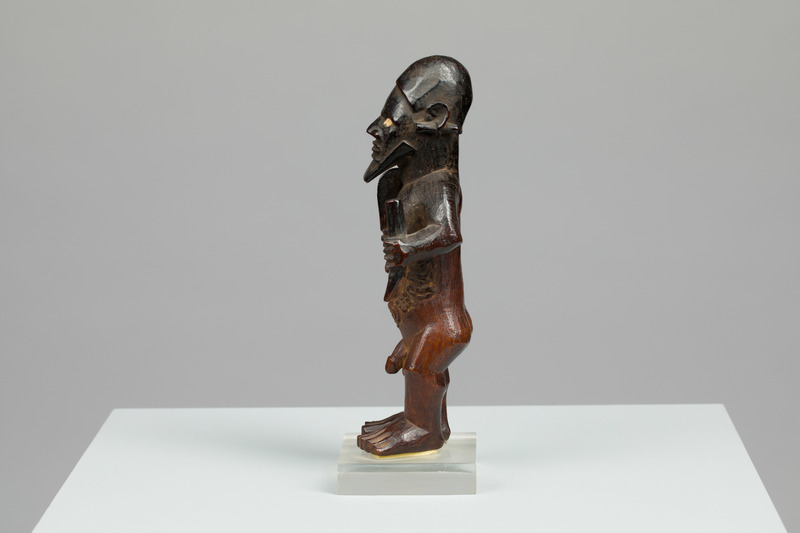 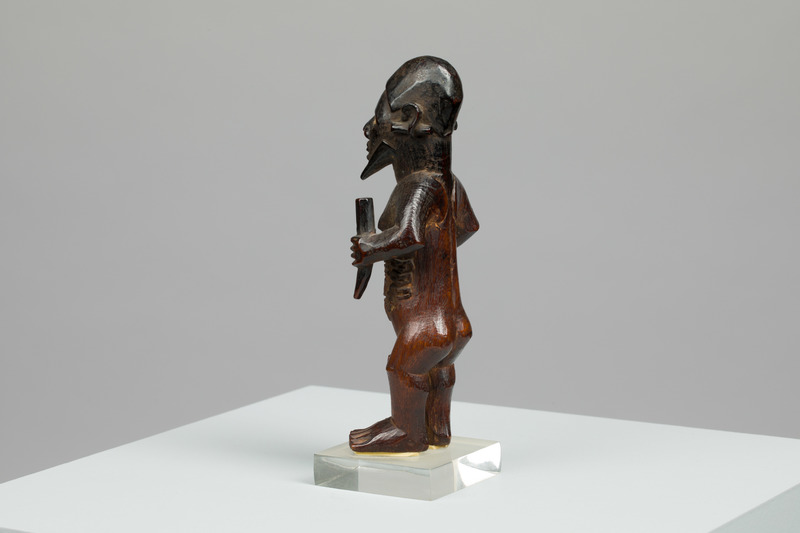 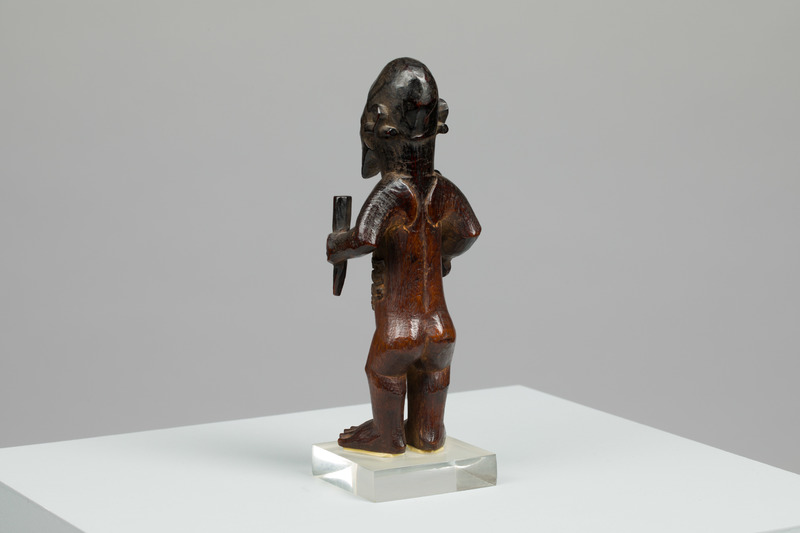 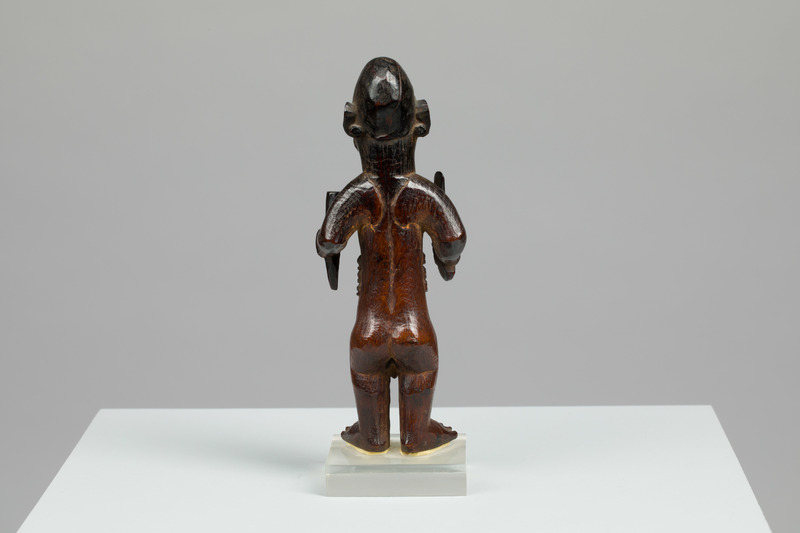 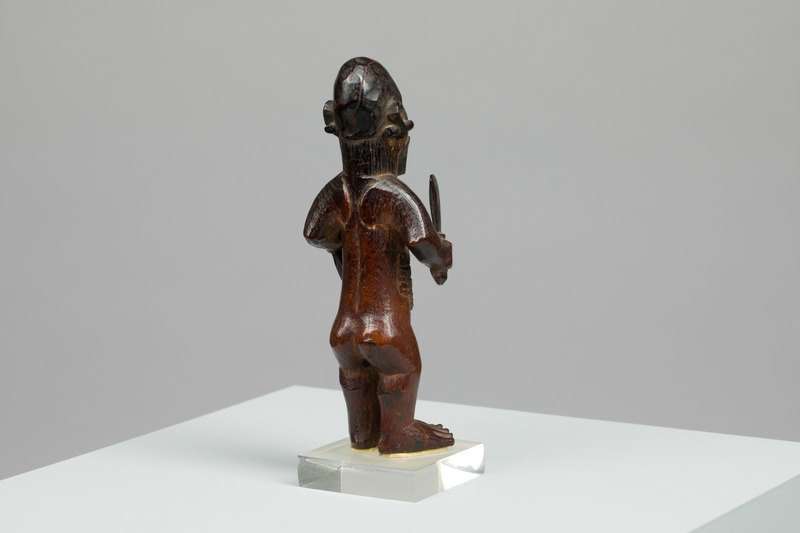 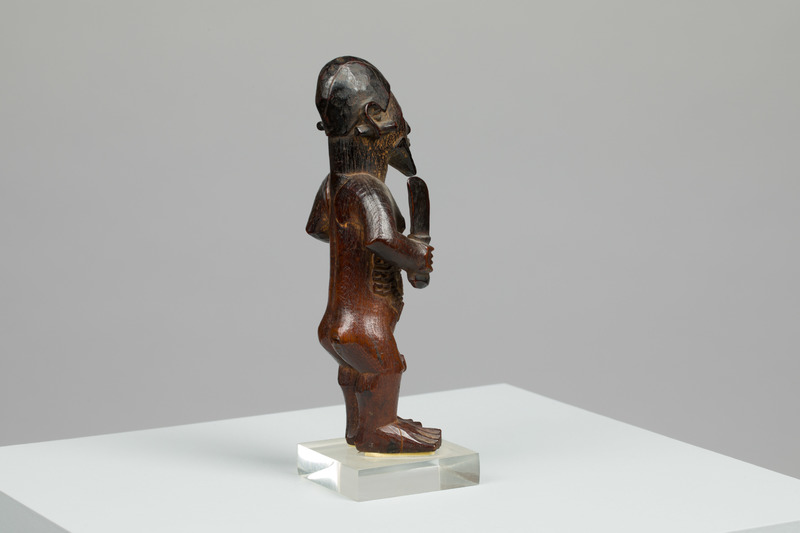 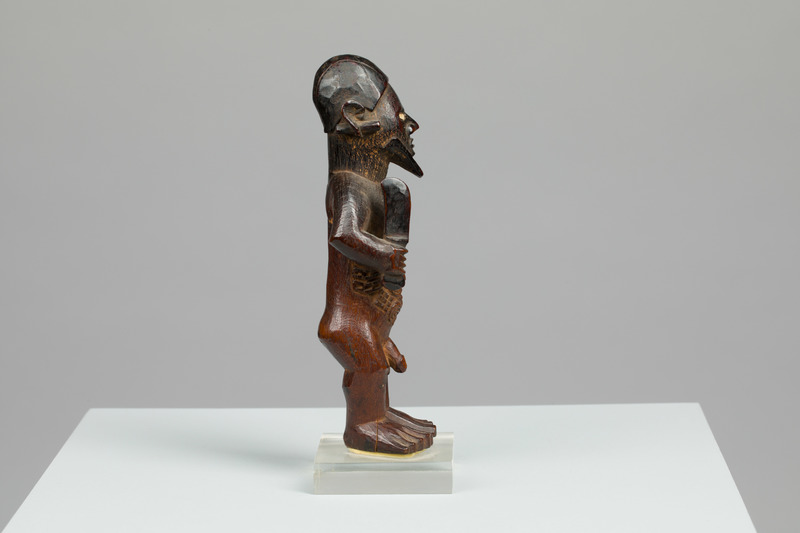 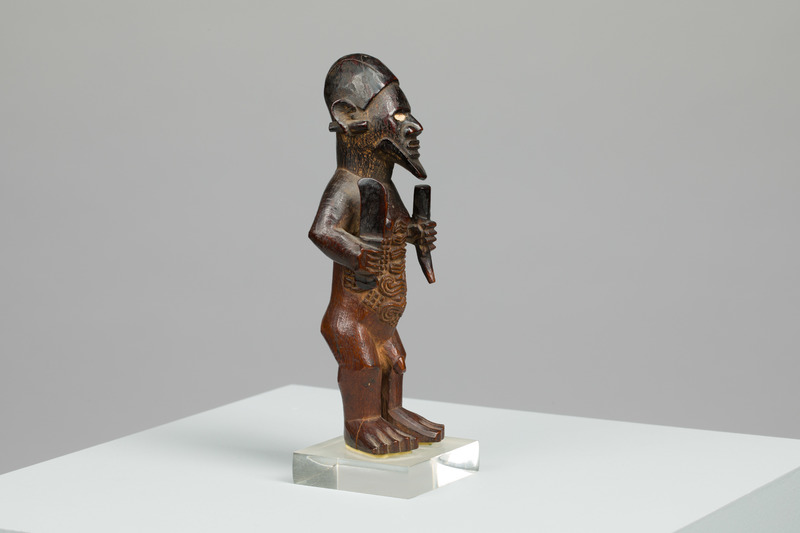 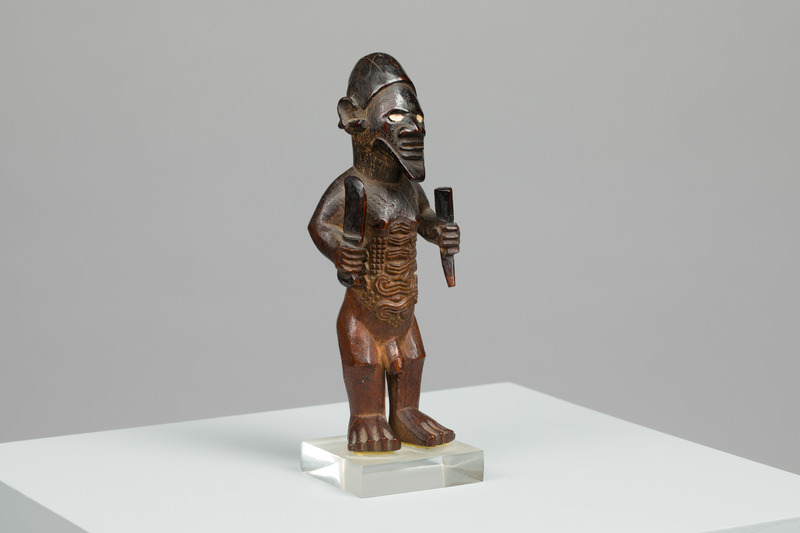 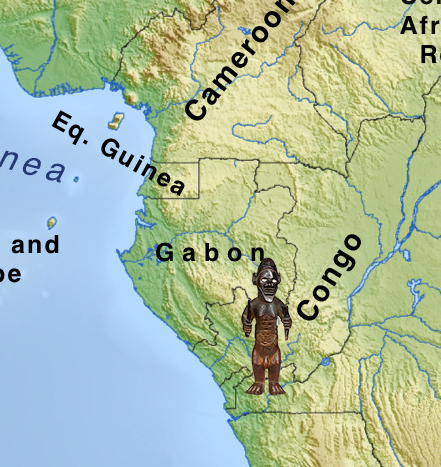 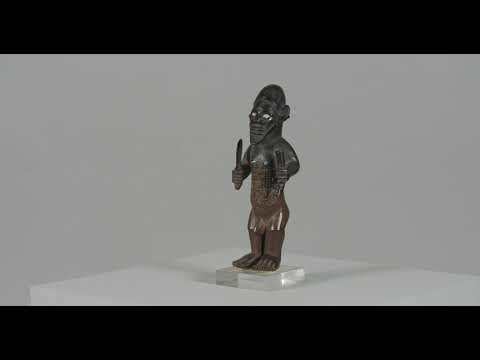