This flat, narrow box built to hold thin iron razors is an example that epitomizes the wide array of extraordinarily inventive decorative arts produced by the Kuba—a corpus with complexity in form and design that finds no comparison in all of Central Africa. As with the tukula container on view in the exhibition, the designs here extend fully to the edges of each surface. On the lid are the interlocking geometric vine-like lines and elbows that clearly mimic a woven form. The sides of the box feature a single line of the alternating triangle motif lakyeeng lanyeny. Braided cord or rope would have been strung through the small holes drilled into the lid and the base to secure the contents of the box.

Kuba embroiderers used flat metal iron blades like the example in the Palmer collection for the production of pile embroidery textiles, to cut threads, or to shave and trim raffia pile on decorated cloths (Ballarini 2009, 245; Binkley and Darish 2009, 27; Torday 1925, 184, 208). Produced by blacksmiths, they may also have been used as razors or scalpels, and were valued as a form of currency in commercial transactions (Ballarini 2009, 245). The twisted flourish of brass wire at the cinched center of this small blade would have elevated its prestige as a beautifully decorated and contoured utilitarian object, known as a lakyeeng (Cornet 1982, 184).

Torday, Emil. 1925. On the Trail of the Bushongo: An Account of a Remarkable & Hitherto Unknown African People, Their Origin, Art, High Social & Political Organization & Culture, Derived from the Author’s Personal Experience Amongst Them. London: Seeley, Service. 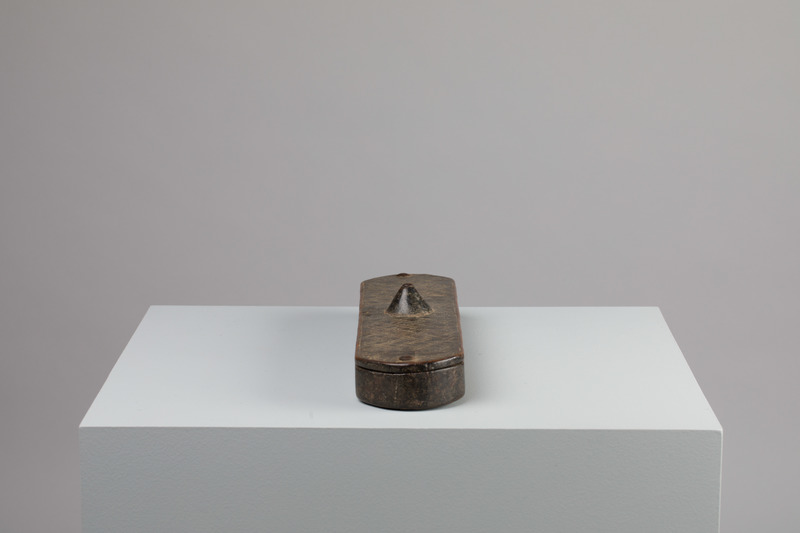 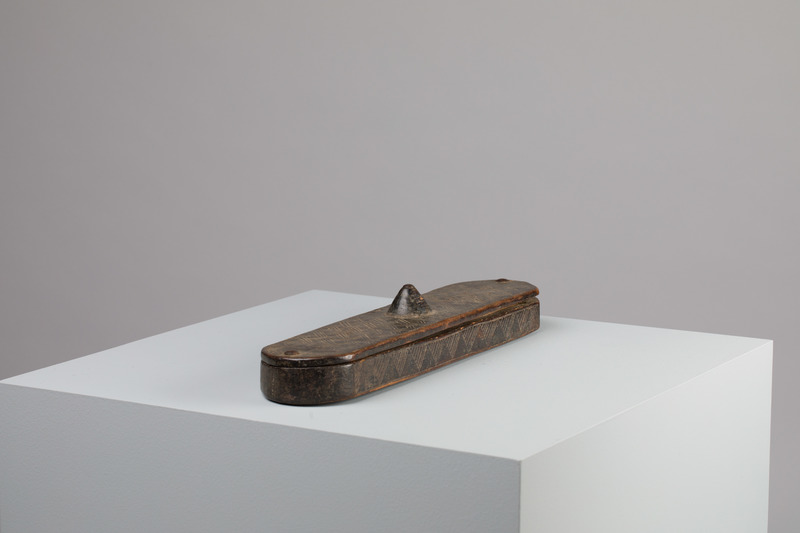 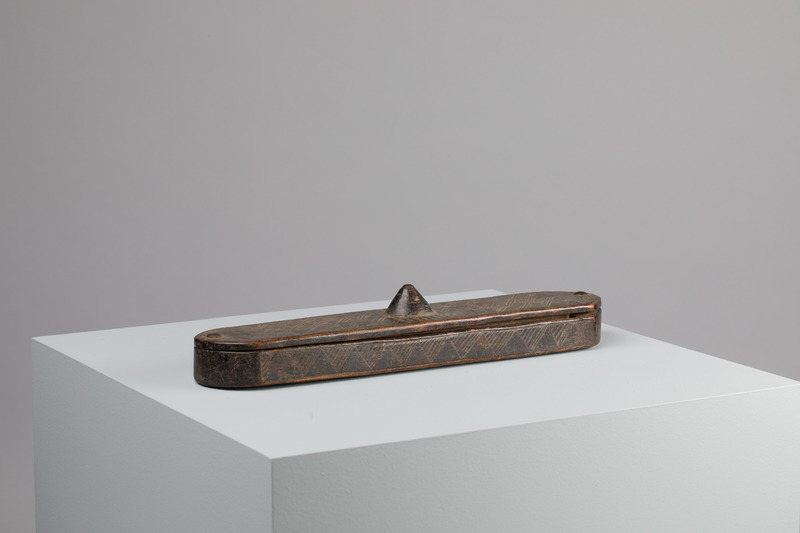 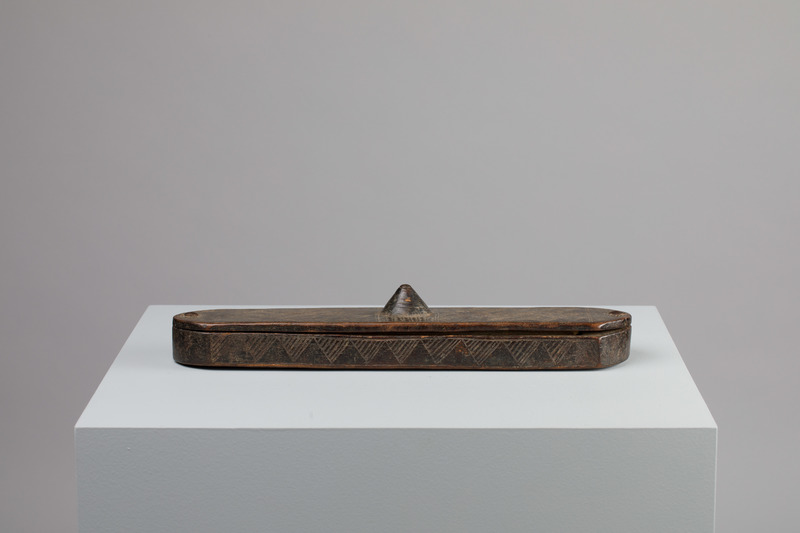 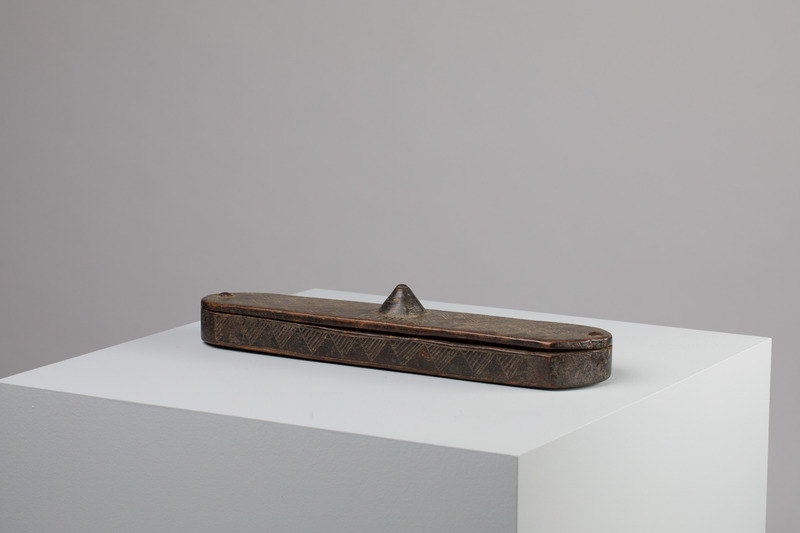 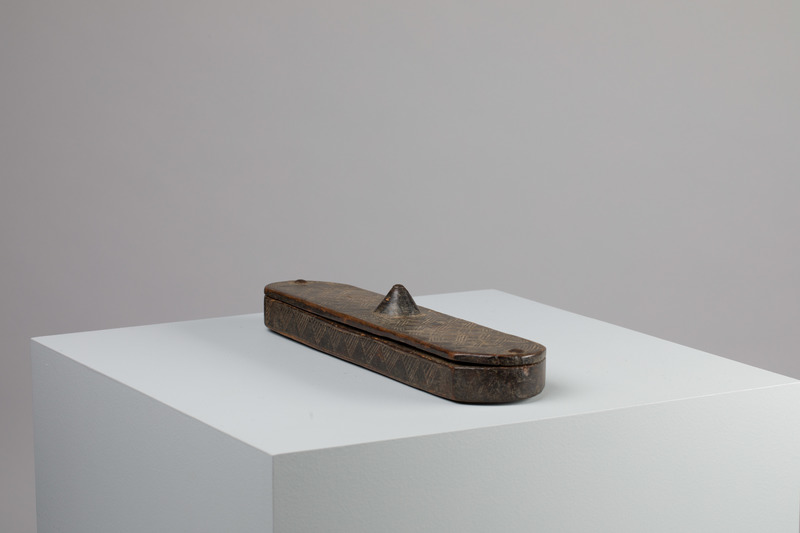 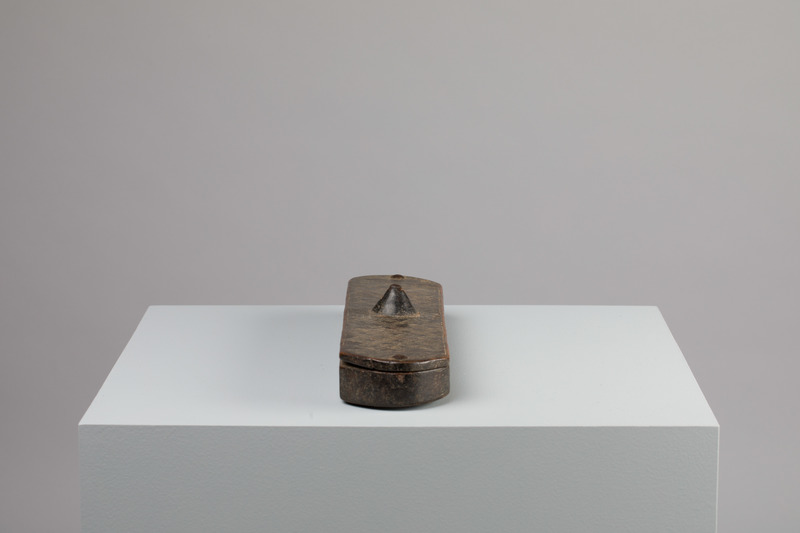 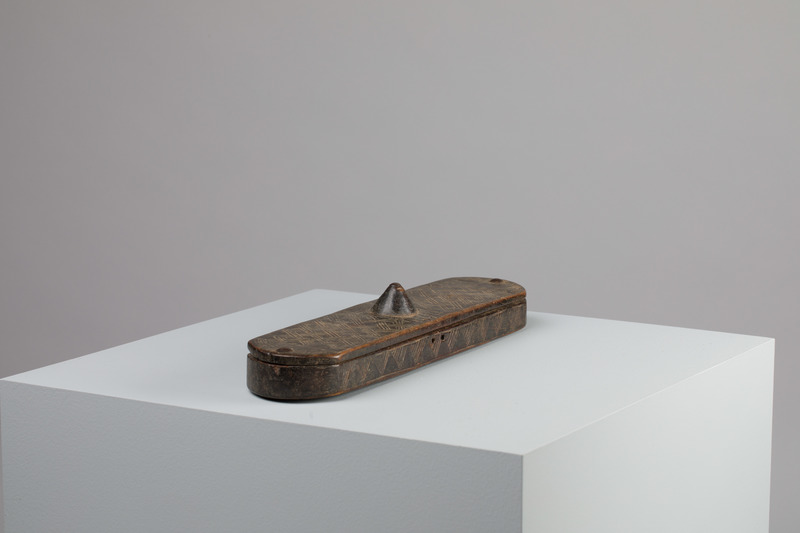 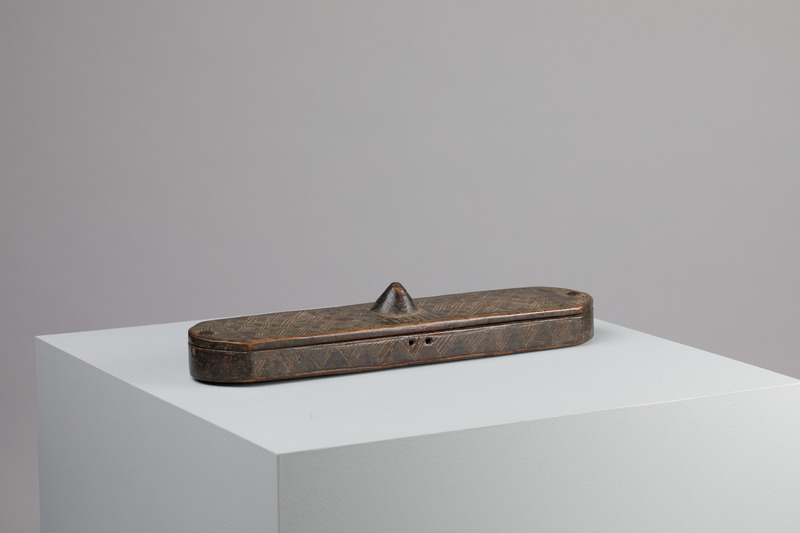 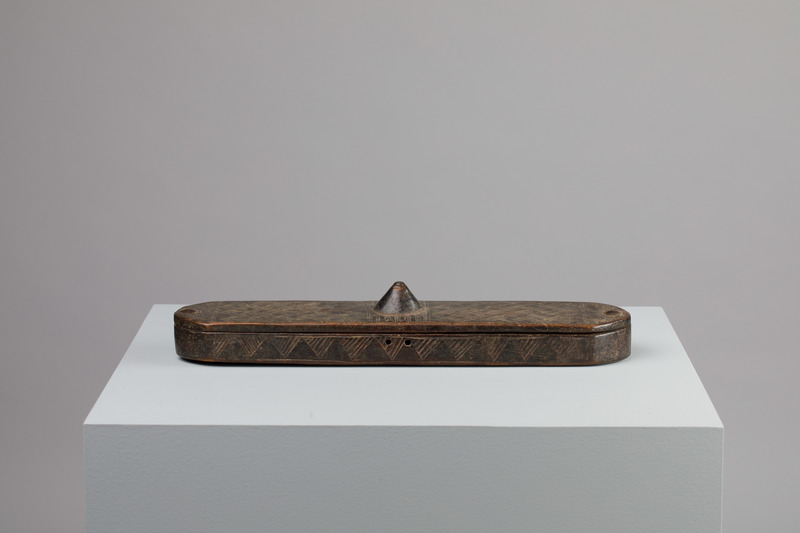 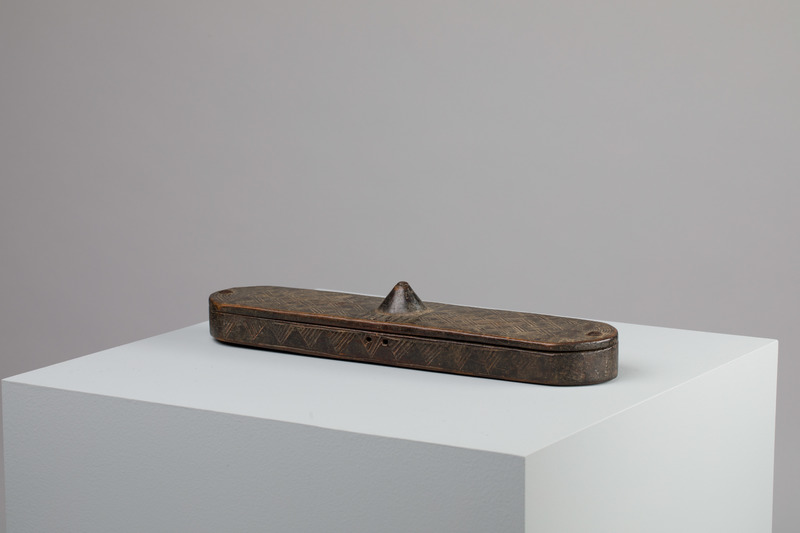 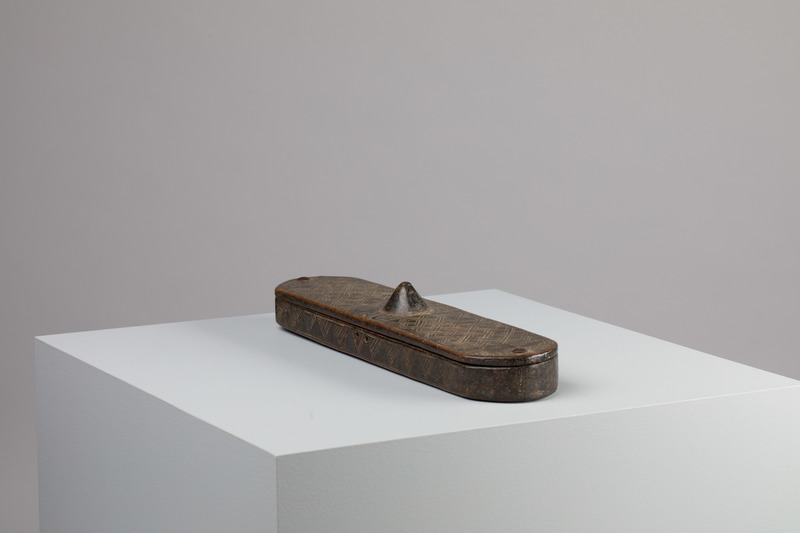 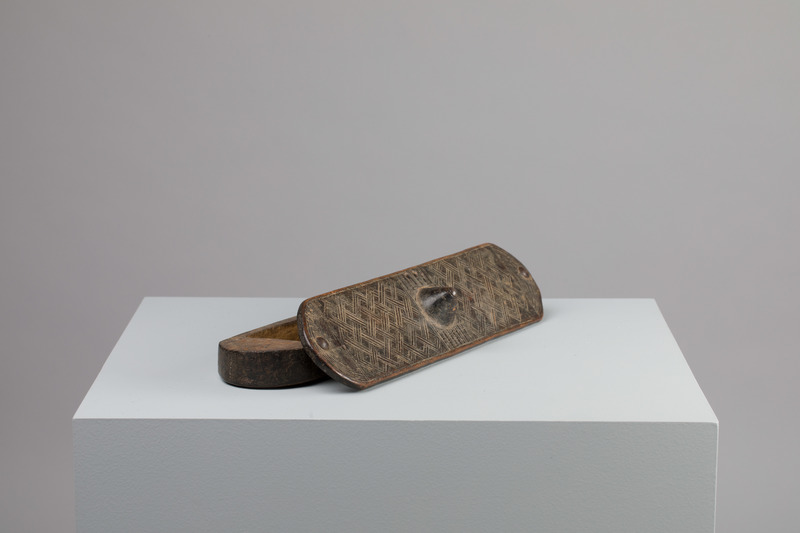 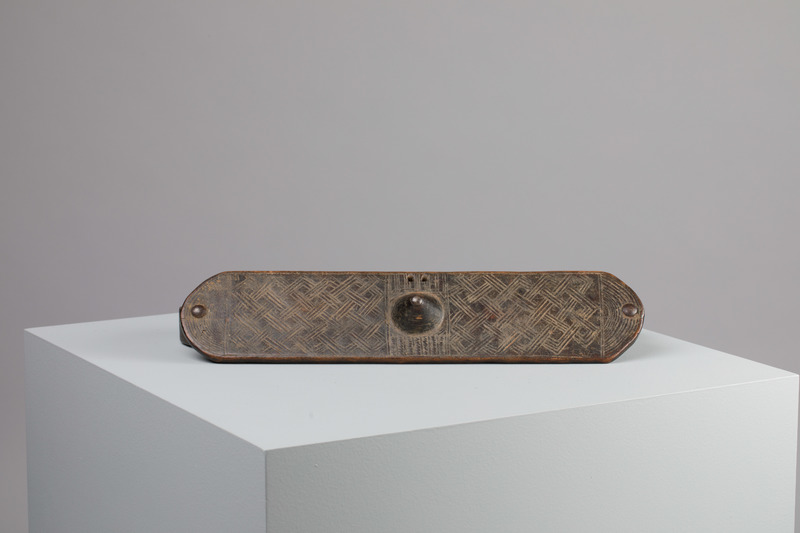 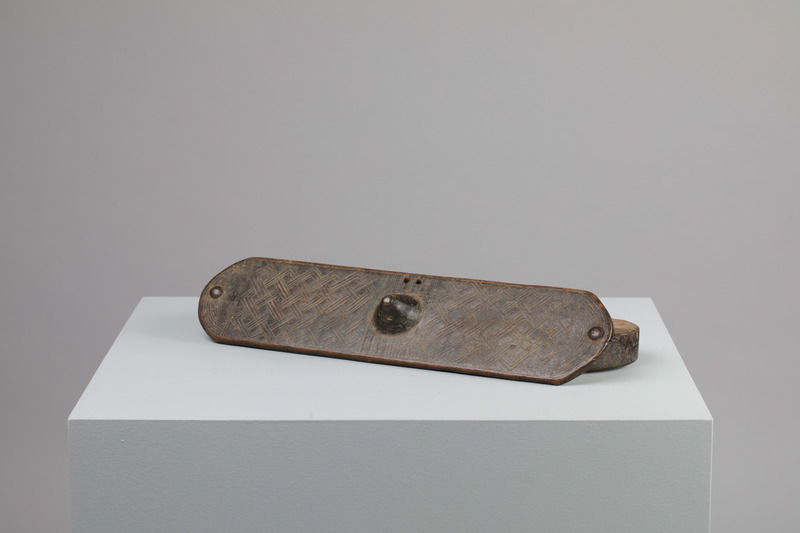 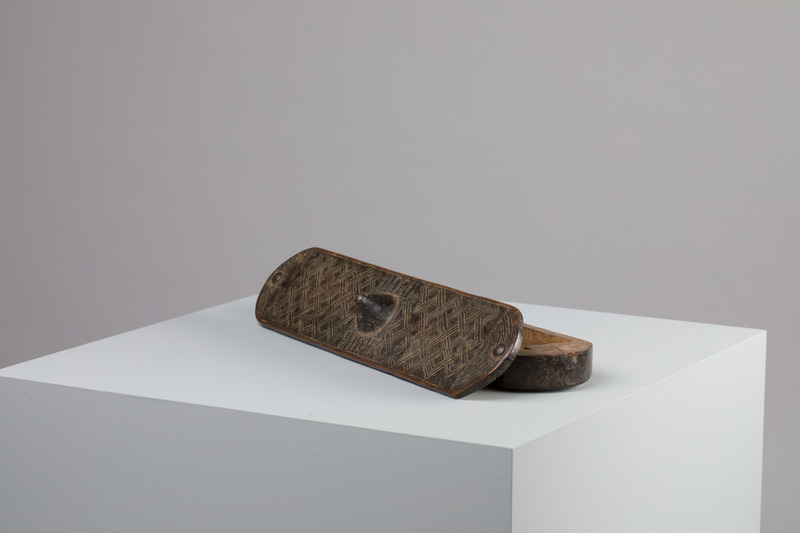 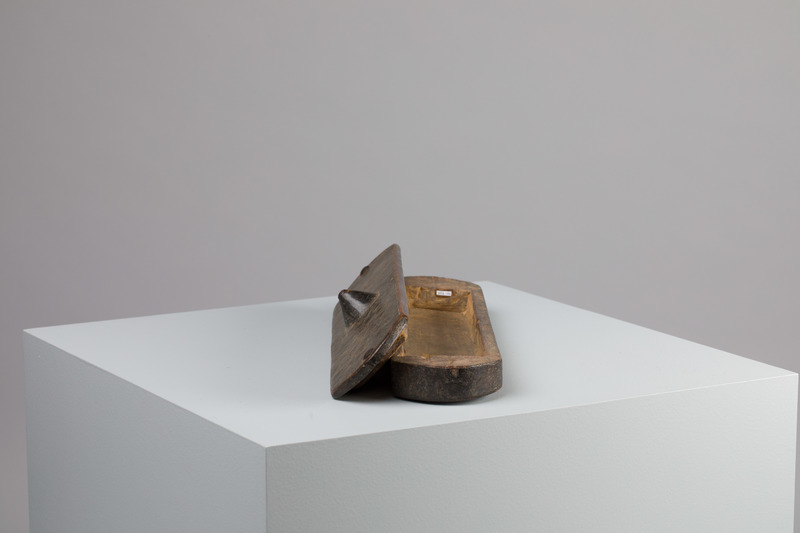 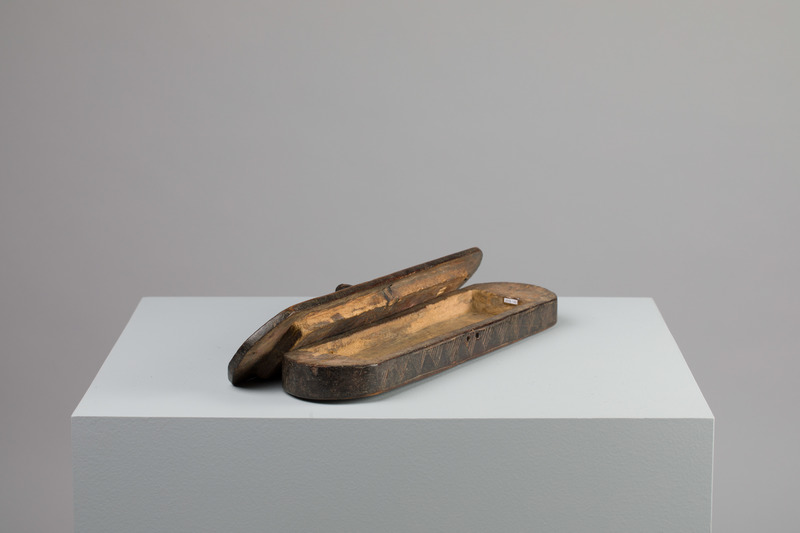 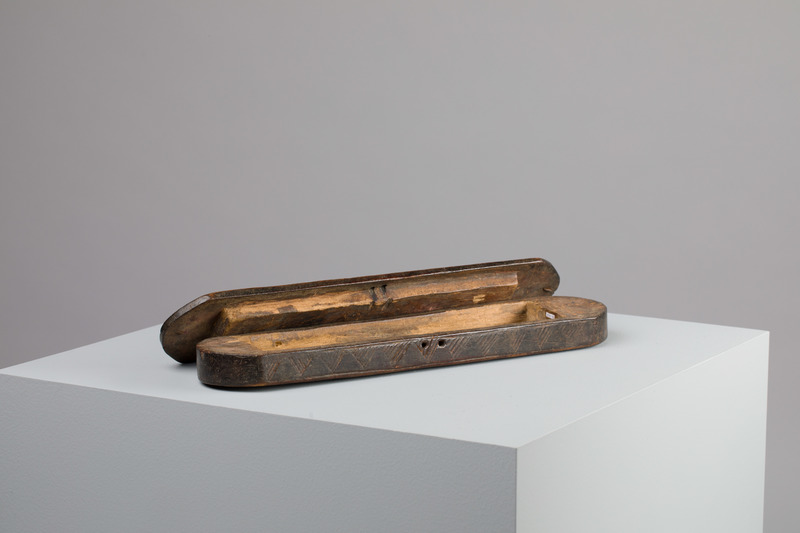 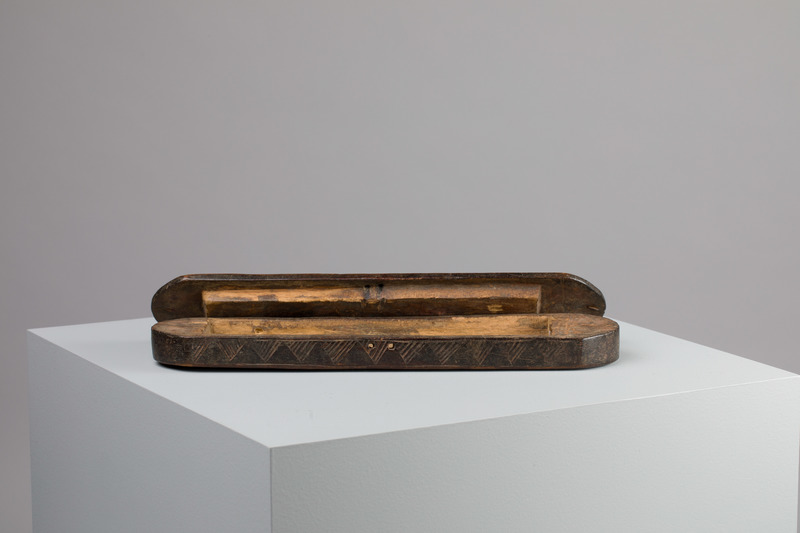 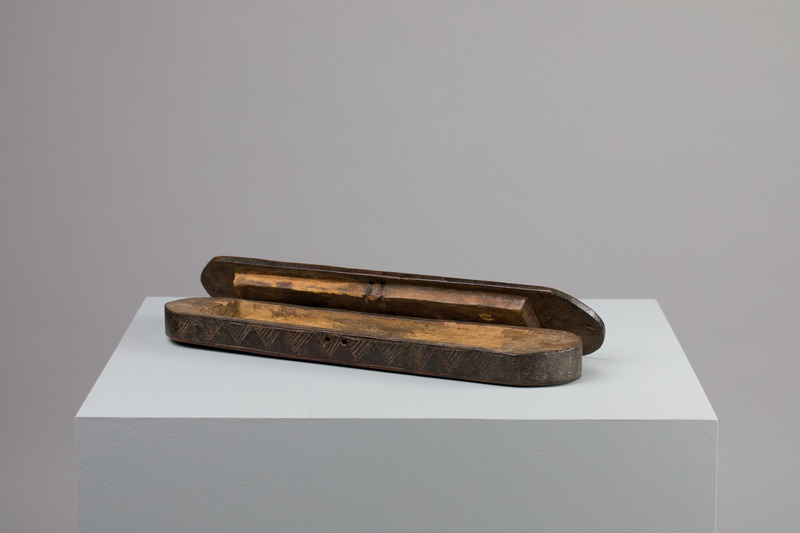 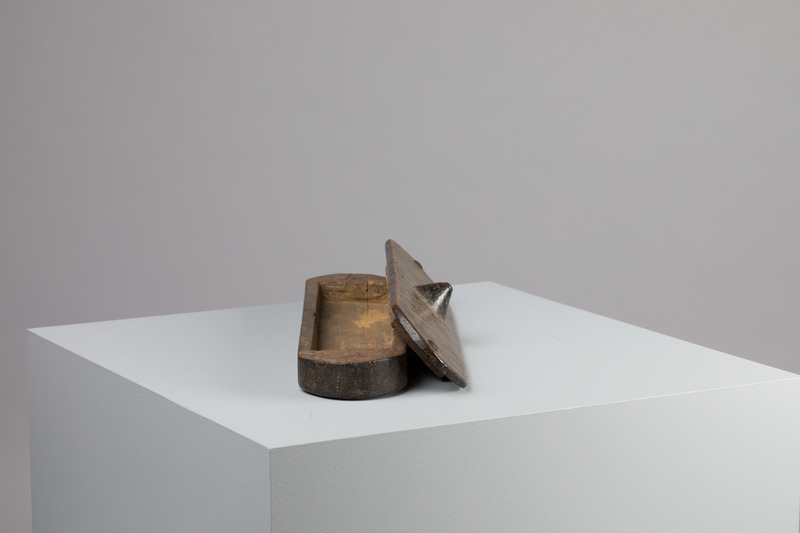 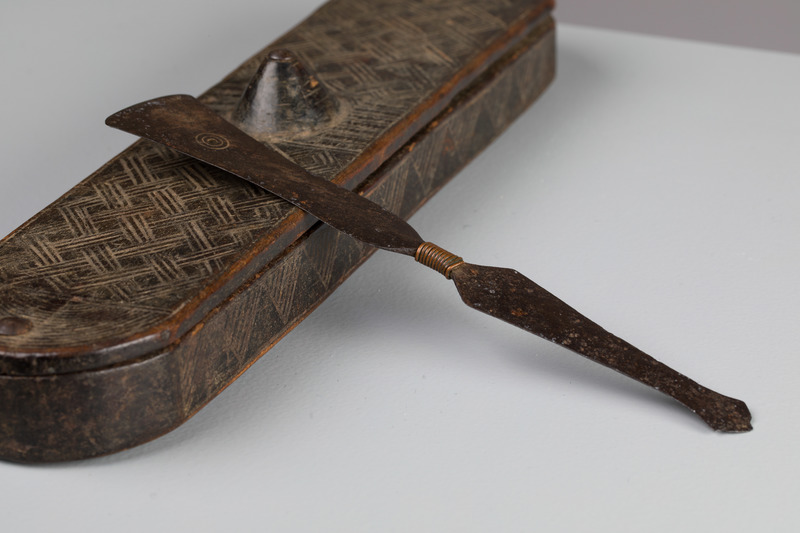 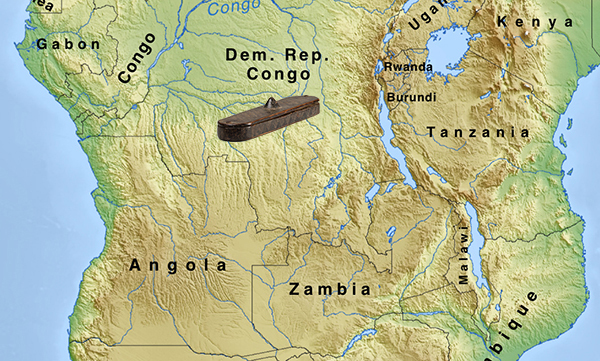 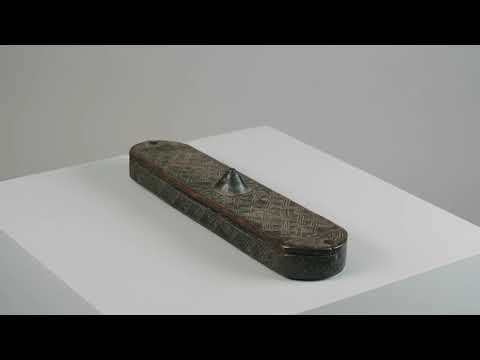 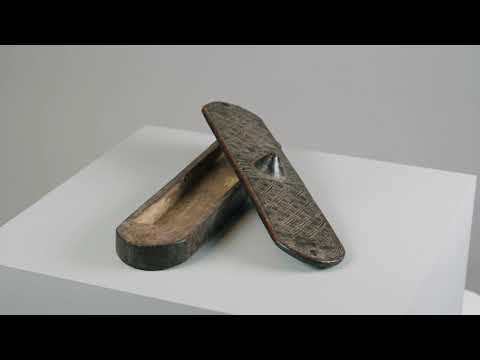