Throughout central Africa there is a strong connection, both historically and metaphorically, between blacksmiths and kings. “Cosmologies explain the centrality of ironworking to political histories, and a number of societies have proclaimed that their first chiefs and kings (and sometimes prominent ones to follow) were themselves blacksmiths. In other words, the forging of iron implements has legitimized leadership and rule, and vice versa” (Dewey and Roberts 2019, 366). One eighteenth-century Kuba prince, Myeel, is by tradition credited with forging a full-sized house, a boat, a dog and two human figures in iron (the latter still exist in Antwerp’s MAS Museum) (Dewey 2003, 76; Kriger 2019, 356–59).

This type of broad-bladed knife, known as an ikul, was an emblem of high-class Kuba men: “No Kuba man would appear in public without an ikul hanging at his hip. The form of the knife varies considerably in detail, though it commonly has an elegant leaf-shaped blade that is amongst the finest products of the Kuba blacksmith’s art. . . . It is said the knife was introduced by king Shyaam aMbul aNgoong in the early seventeenth century as a symbol of peace” (Spring 1993, 88–89).

While these knives are simple in shape, they display an immense variety of adaptations and intricate ornamentations (Kriger 2019, 354–57). One variety is carved entirely of wood. “These wooden weapons, ikulintey, are worn during the period of the new moon (i.e., the monthly three- day period when there is no moon in the sky), a time when the main rituals of kingship also take place” (Spring 1993, 90). 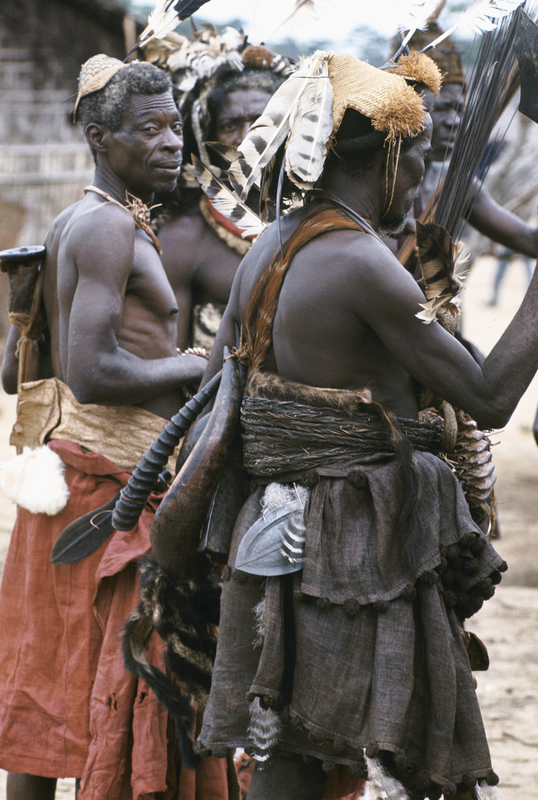 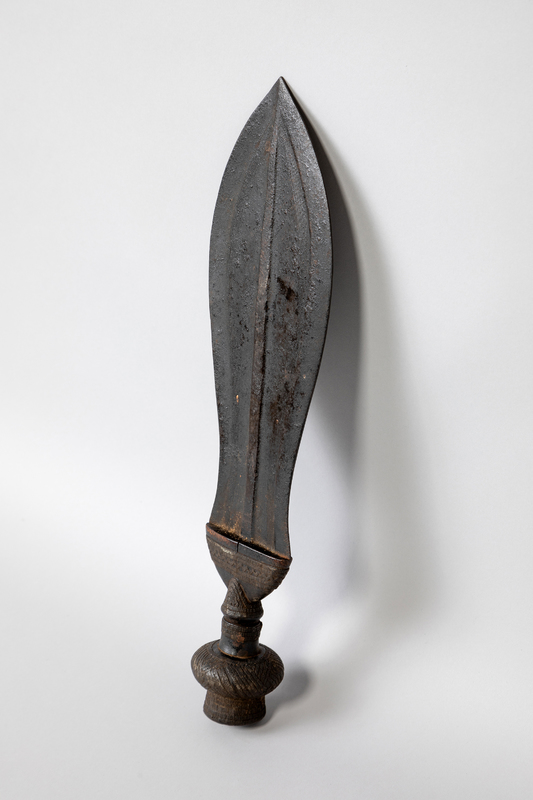 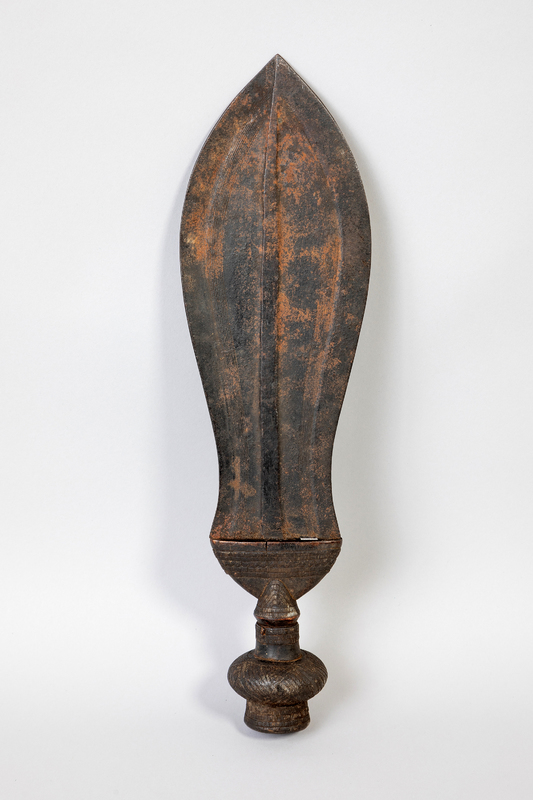 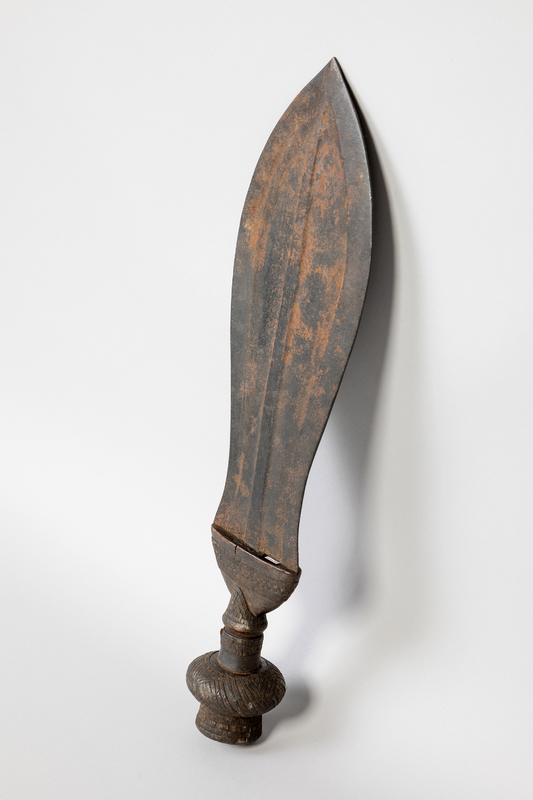 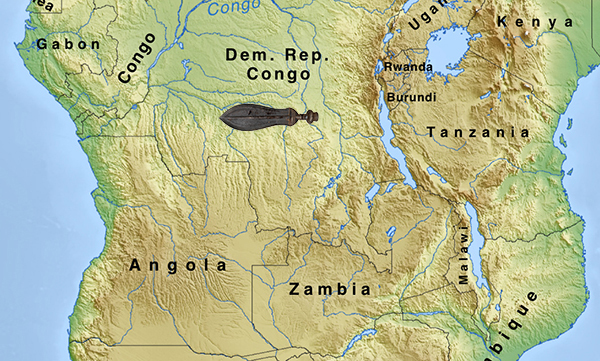