Decorated wooden boxes with lids were produced by Kuba carvers in a dazzling array of shapes and sizes for the storage of personal possessions, beads, shells, jewelry, and other valuables such as razors, cosmetics, and tukula powder. Joseph Cornet notes, “The wealth of their forms is quite extraordinary: rectangular, round, oval, cylindrical, semi-cylindrical or crescent-shaped, they have the form of baskets, boats, the saddle-backed roof of a hut or any other subject imaginable” (Cornet 1971, 143). Often carved from a single block of hard or soft wood, the lid may have a handle, as is in this example from the Palmer collection with its upright triangular contour punched with a hole to which a small braided cord or rope could be attached.

The decorations on the sides of this tukula container fully extend to the edges and are carved in one wide strip, as if the box were wrapped with a beaded belt. The designs include interlocking vine patterns and the alternating triangle motif lakyeeng lanyeny, sometimes known as “the razor of the mask nyeny” for the way it echoes similar decorations on certain Kuba masks. It is a motif that commonly appears as a decoration on the boxes carved to store razors and cosmetics (Cornet 1982, 162). The slightly recessed lip on the tukula box lid is edged on all four sides, with a repeating chain of oval links that could represent abstracted cowrie shells, a symbol of wealth, prosperity, and power for the Kuba.

This box was used to hold a fragrant red camwood powder, tukula, as the red residue that still covers the interior suggests. Mixed with palm oil, the camwood powder formed tool, a cosmetic paste used to dye textiles, as a skin moisturizer, as a body decoration, or to consecrate objects for special ceremonies (Binkley and Darish 2009, 27; Cornet 1971, 143–44). In another tradition, camwood pulp was mixed with palm oil and shaped into small decorative blocks and sculptures. These were dried and hardened in the sun, after which they were sometimes buried with a loved one or presented to mourners at a funeral as a gift and remembrance of the deceased (Binkley and Darish 2009, 30; Cornet 1971, 143–44). 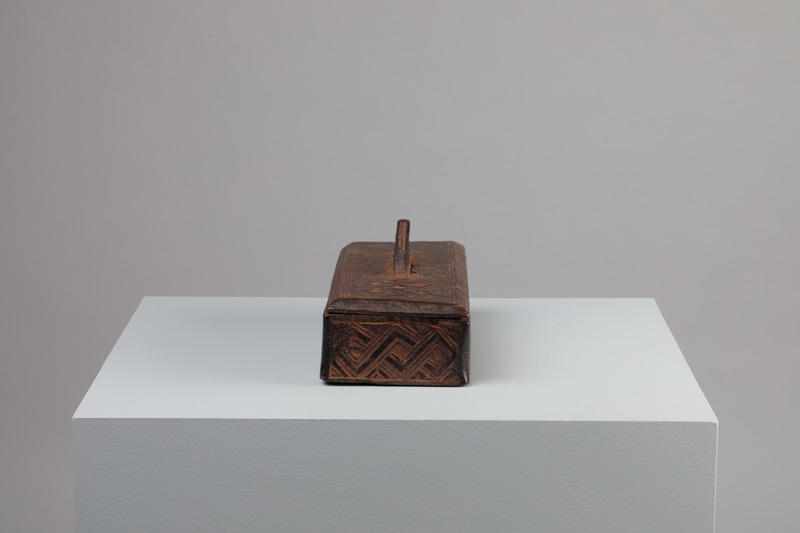 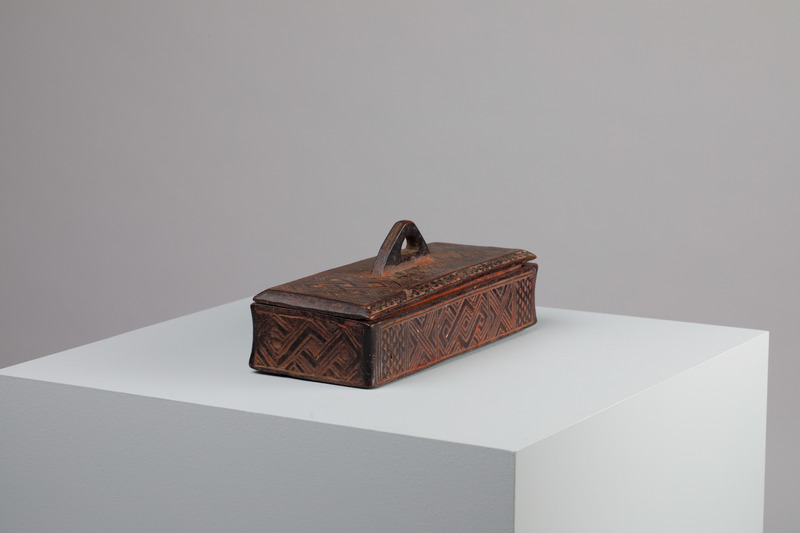 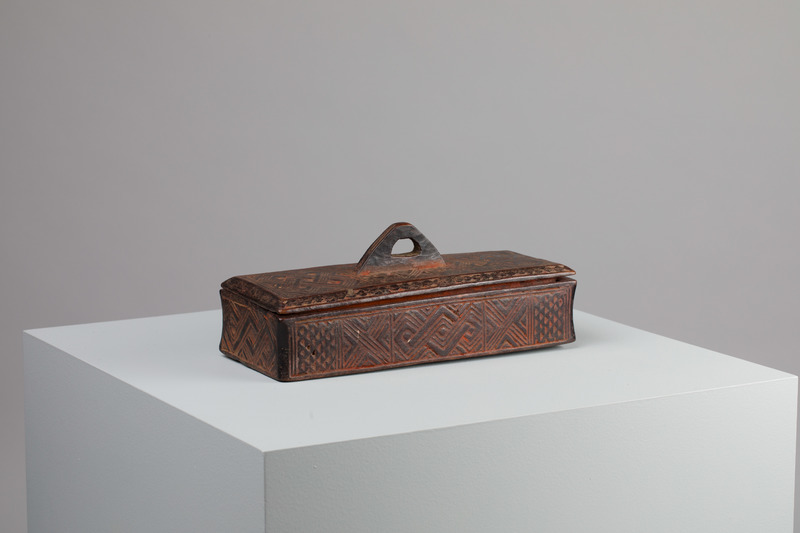 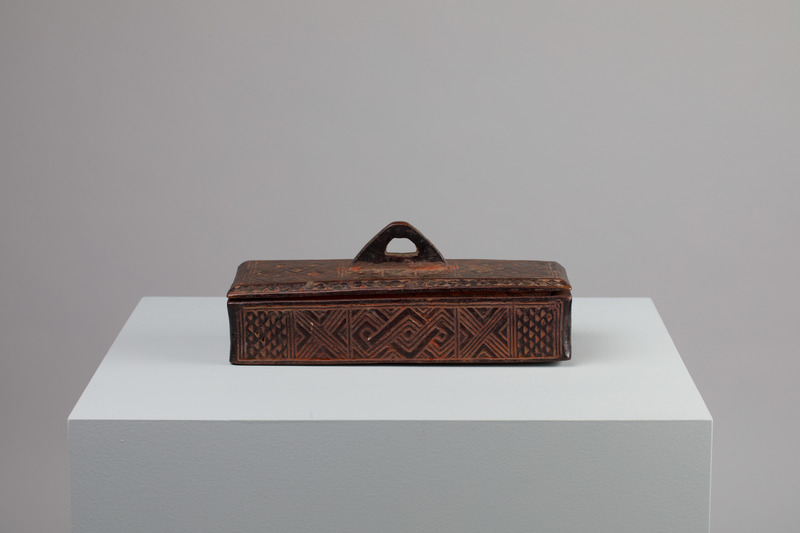 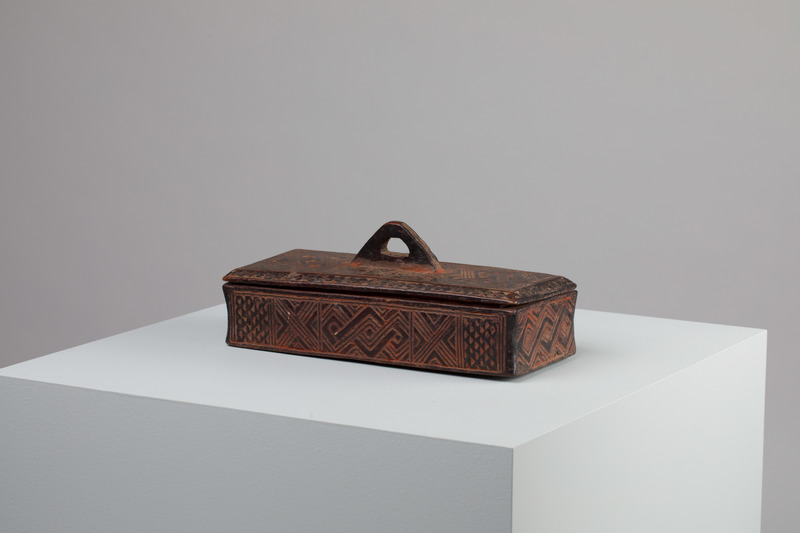 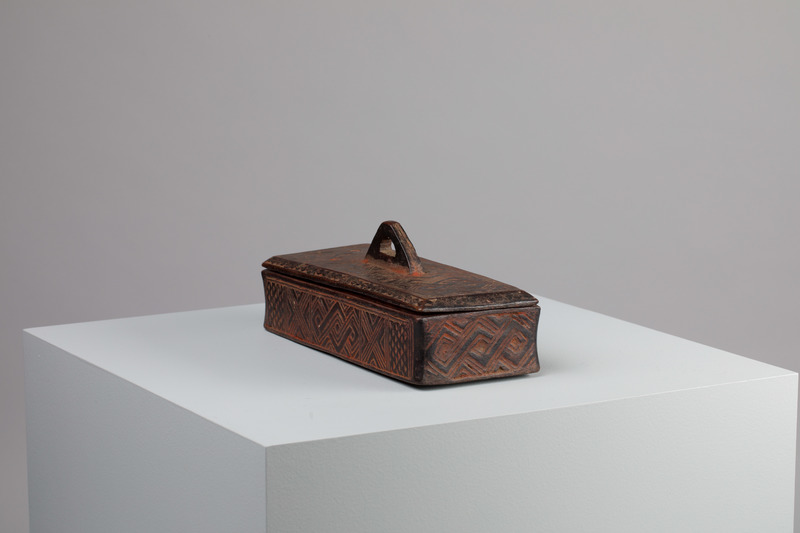 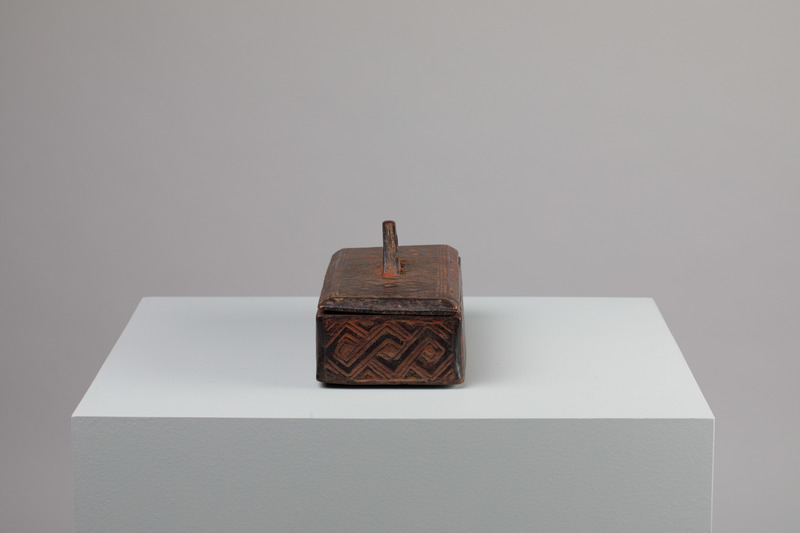 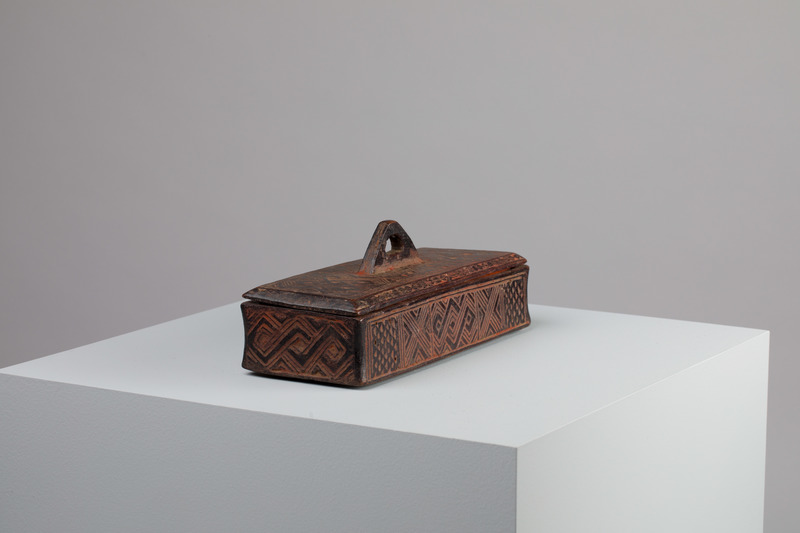 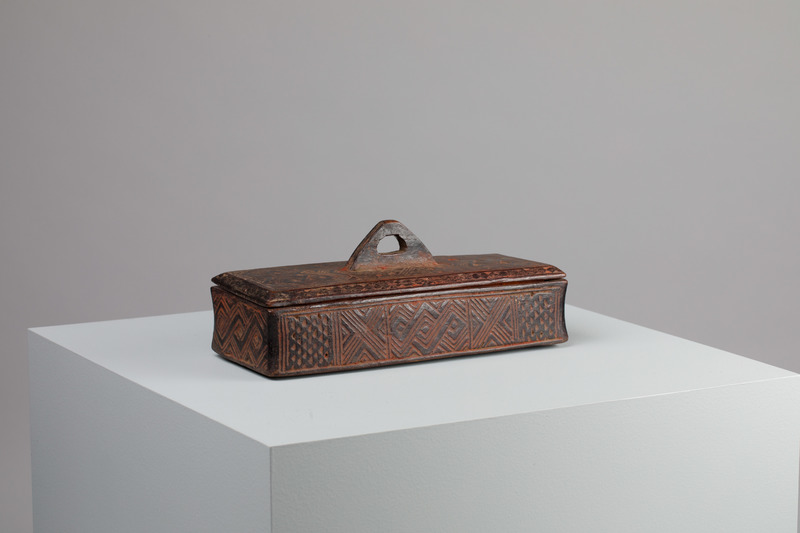 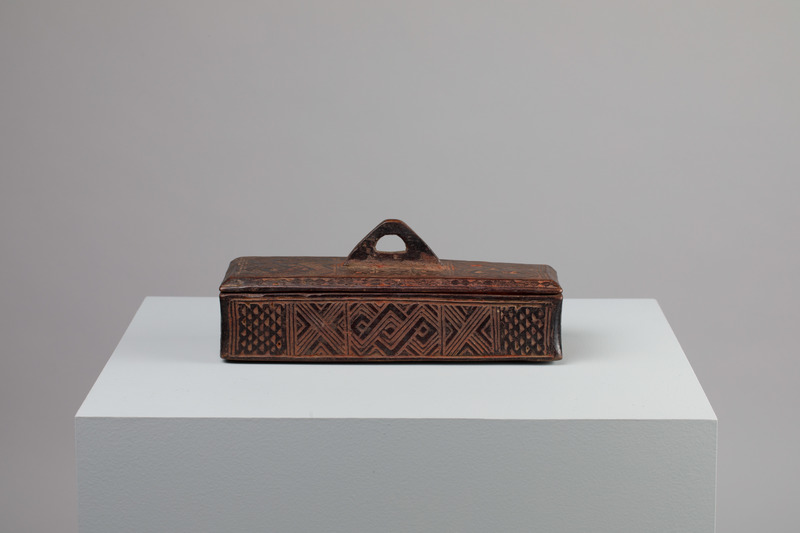 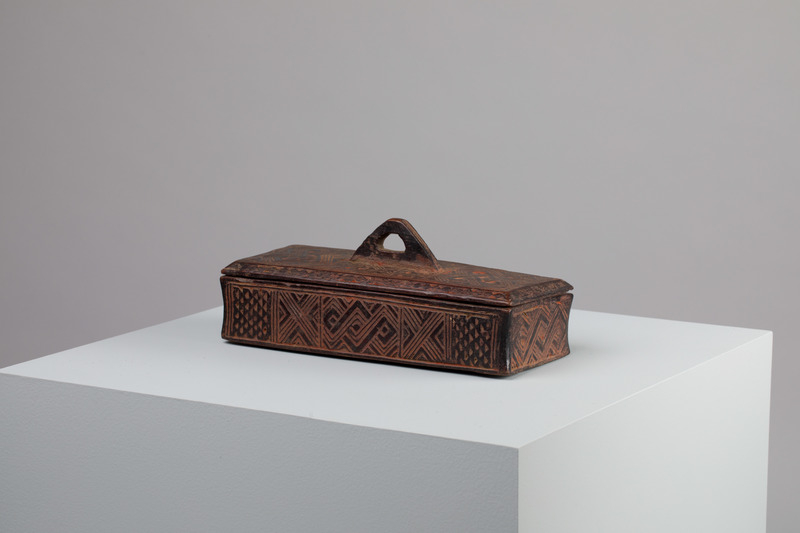 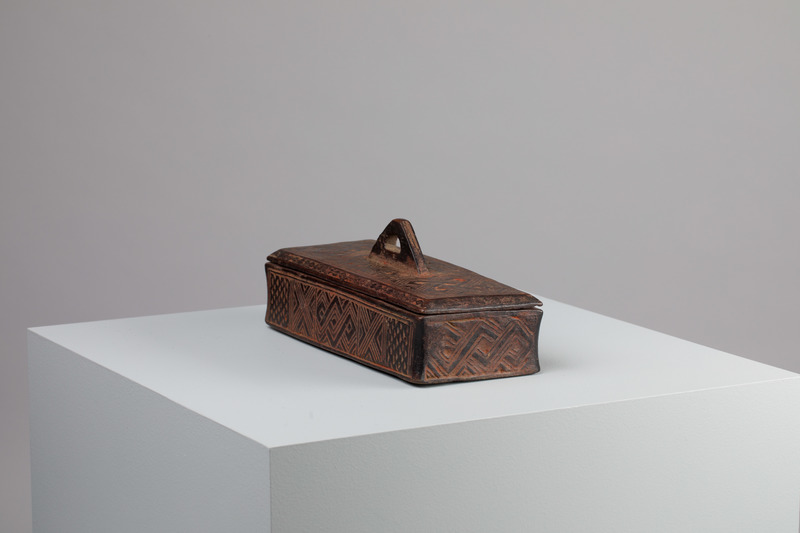 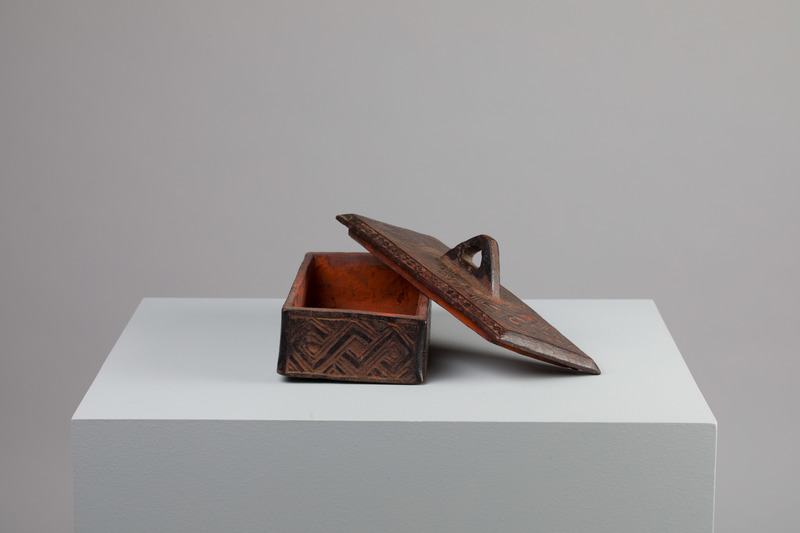 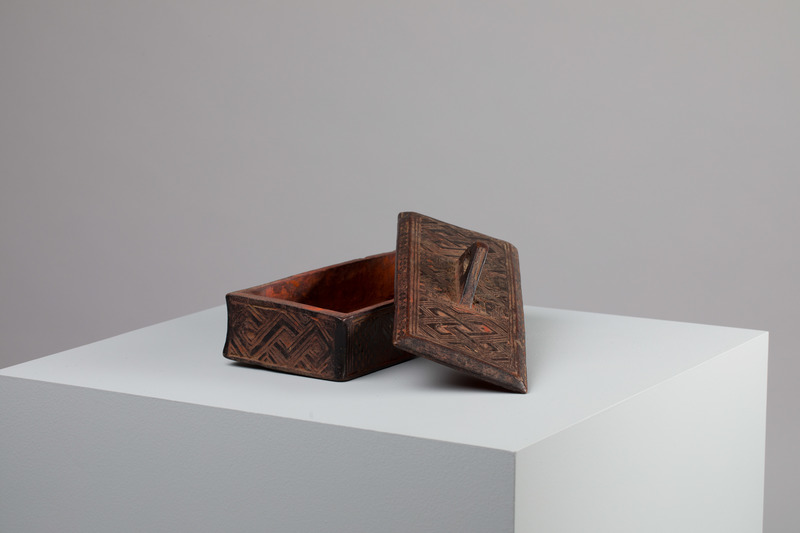 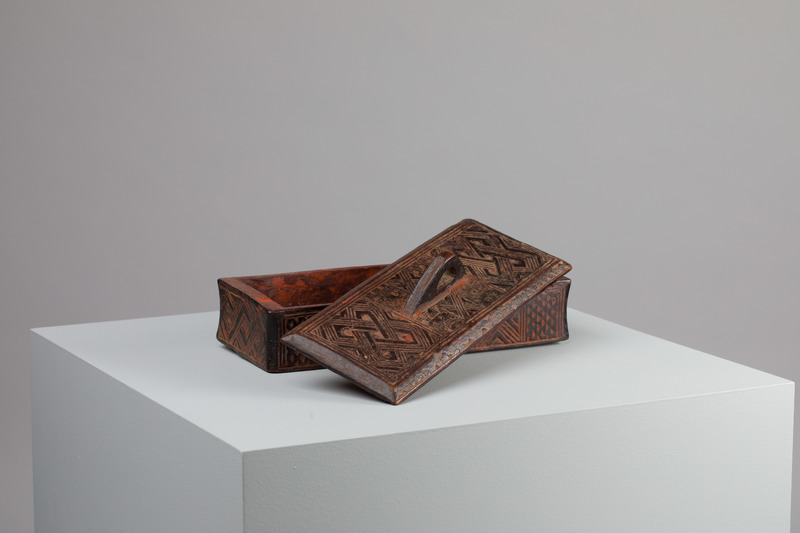 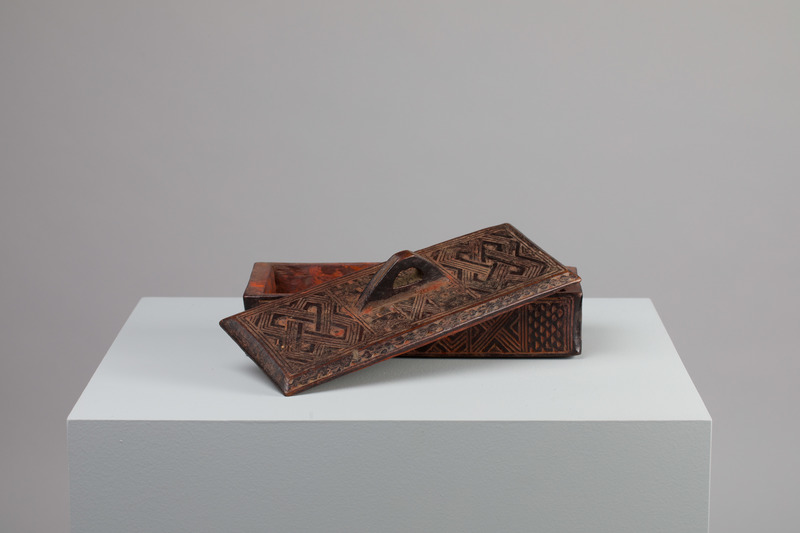 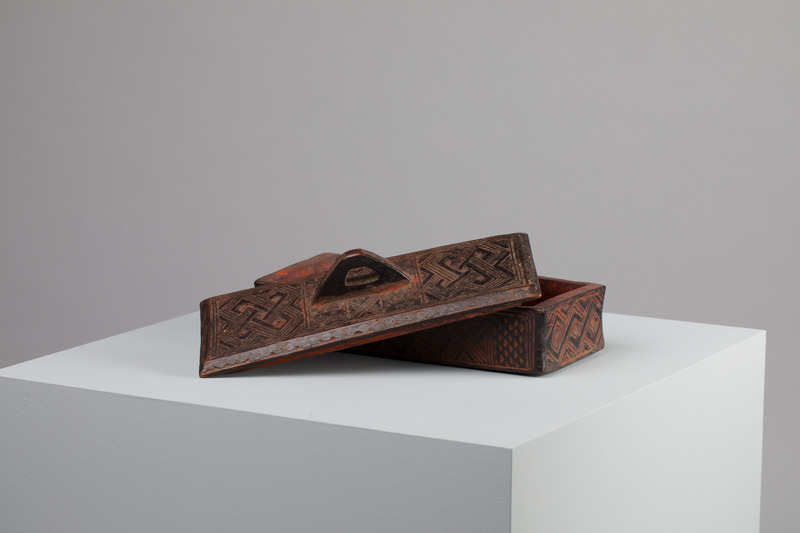 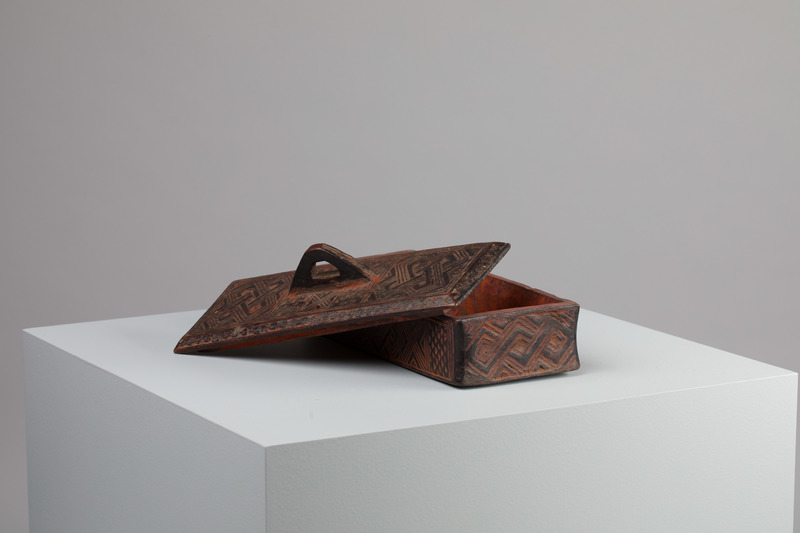 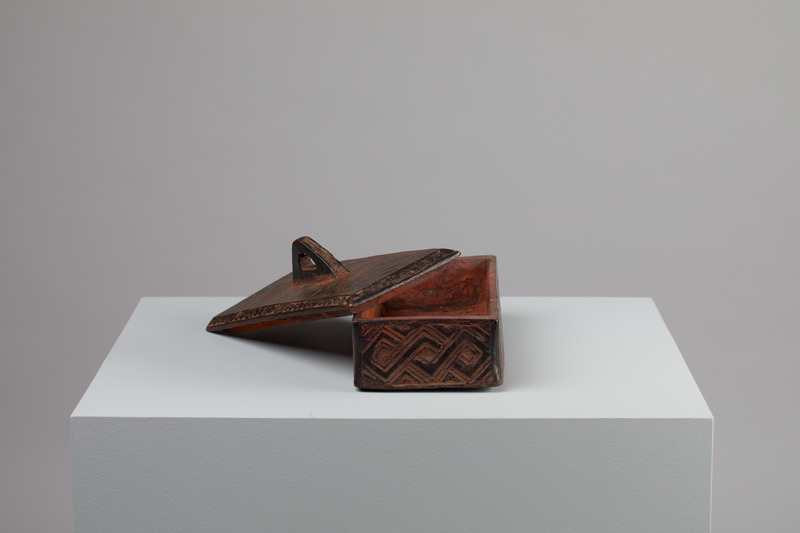 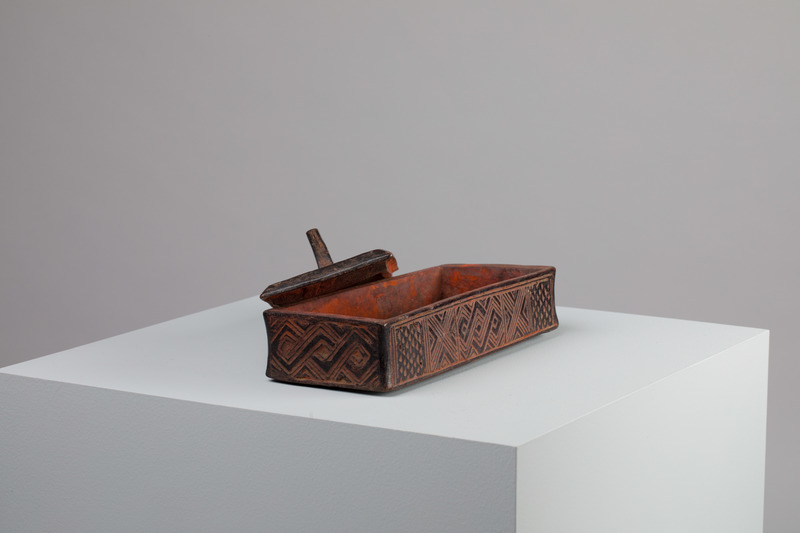 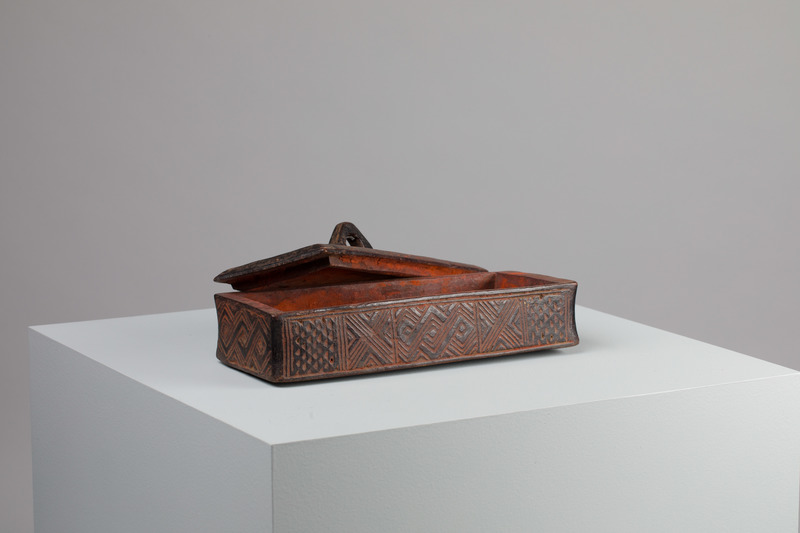 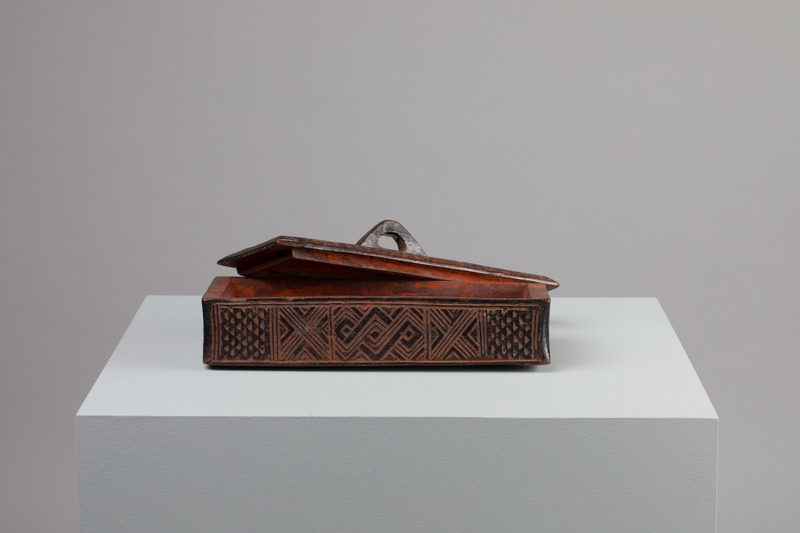 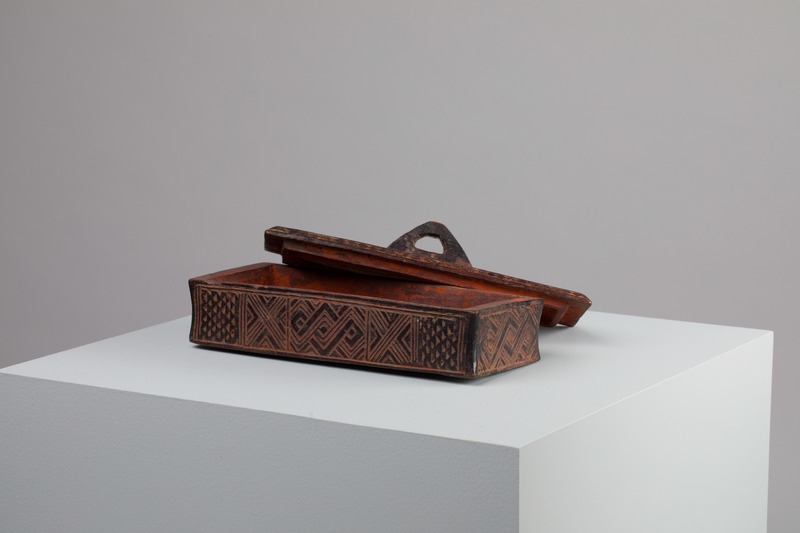 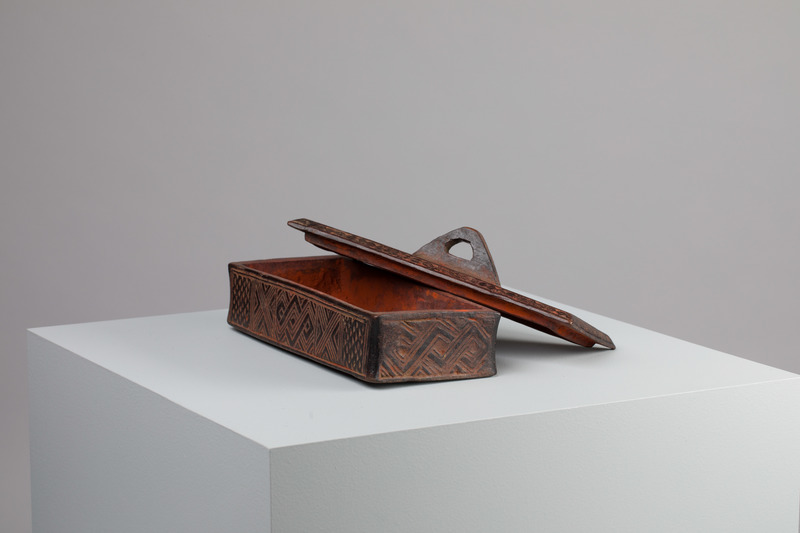 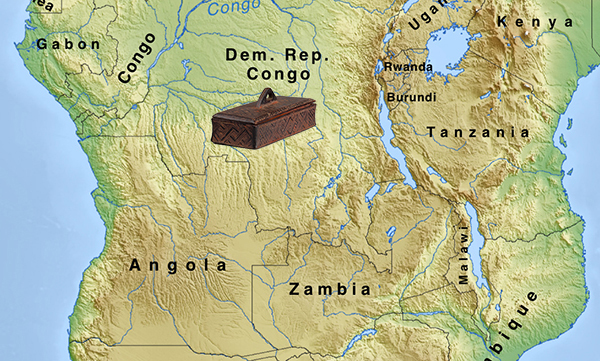 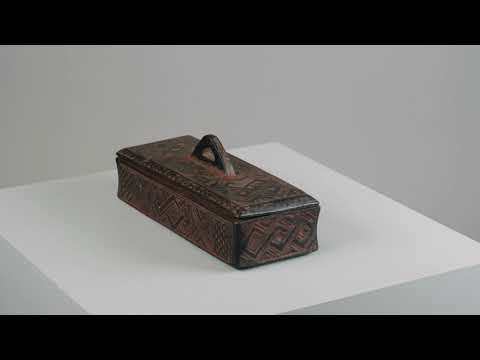 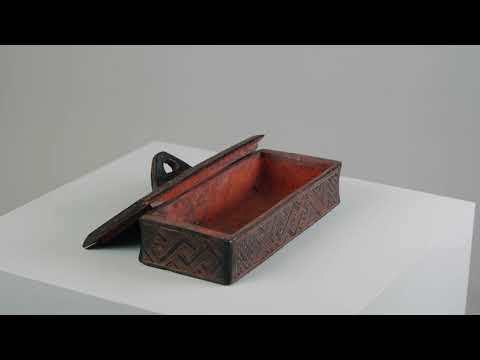