This headrest, with its minimal splash of repeating diamond patterns on the upturned edges of the platforms, is somewhat of a departure from the usual style of decoration. However, Maes, who personally collected many of the thirty Kuba headrests he illustrates in his survey of the holdings of the Musée Royal du Congo Belge, notes that the incised designs on the platforms are the most “distinctly Kuba aspect of the headrests” (Dewey 1993, 63).

For many Africans who use headrests, the skillfulness of the carver and the overall shape, surface smoothness, and incised decorations are among the qualities most valued (Dewey 1993, 27). The straightness of the four short columnar posts and the even balancing of the two crescent-shaped platforms in this example would also meet the criteria for a well-carved headrest. This double headrest exhibits a characteristic found in similar multiple-columned examples carved by the Kuba and neighboring groups, namely “the marked contrast between the relatively rough carving of the base and supports, displaying the adze marks and thus the process of carving, on the one hand, and the smooth intricate finish and patina of the upper surface, on the other” (Nettleton 2007, 117). The addition of rows of upholstery nails on the tips of the platforms may have been a creative variation of another regional style of decoration or a way to further elevate the value and status of this carving.

Not as much is known about the production and use of these objects for the Kuba as is known for many other cultural groups in which the headrest is an object of prestige and ancestral symbolism. This may be due in part to the fact that most early explorers and collectors focused much of their attention on Kuba royal arts and elaborate regalia rather than lesser-decorated utilitarian objects (Dewey 1993, 63). In some central and southern African cultures headrests are associated with divination, dreaming, and connections to ancestors in the dreamworld. Double headrests are usually carved for couples. Many of those published by Maes are doubles. This could have been a style favored by earlier carvers that evolved to the more common singular forms collected later, or perhaps it was linked to regional artistic preferences (Nettleton 2007, 117–18).

This headrest is part of the wide array of extraordinarily inventive decorative arts produced by the Kuba—a corpus with complexity in form and design that finds no comparison in all of Central Africa. The personal, prestige, and utilitarian objects with decorative surfaces include “cups, beakers, and drinking horns, condiment dishes and bowls, lidded boxes, tobacco pipes, neck and backrests, stools, drums and other musical instruments, baskets, ceramic vessels, decorated mats, a variety of prestige knives and swords with decorated handles, and an extensive range of decorated textiles, hats, jewellery, and other shell and beaded regalia” (Binkley and Darish 2009, 19), and more. Many of these art forms are included in the African Brilliance exhibition. 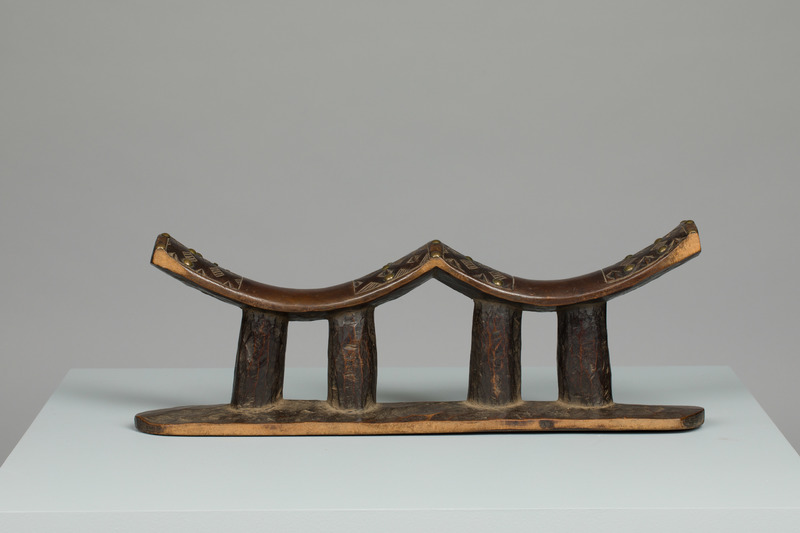 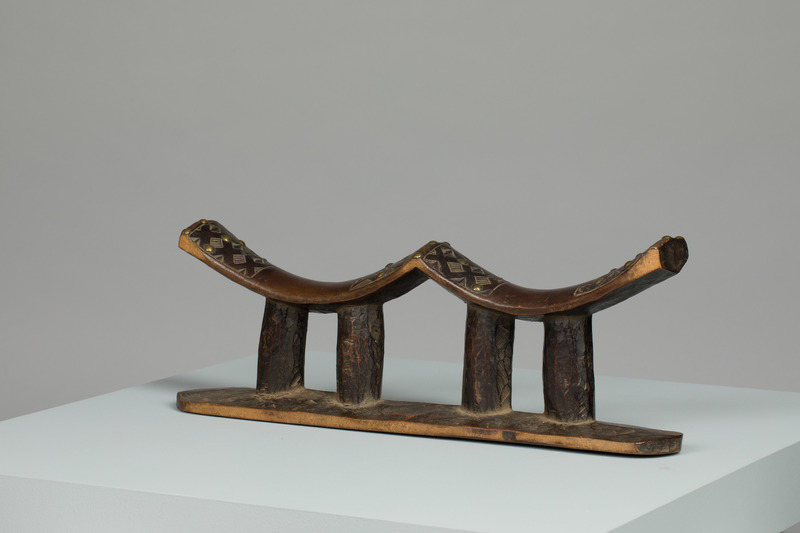 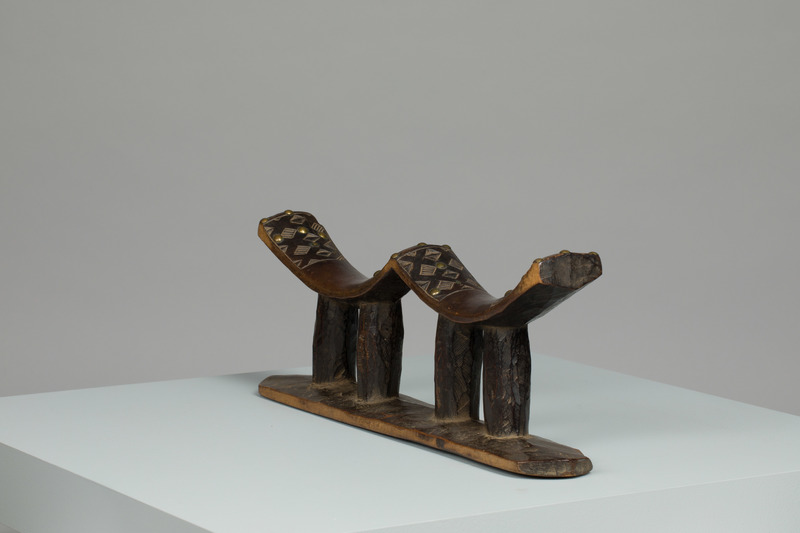 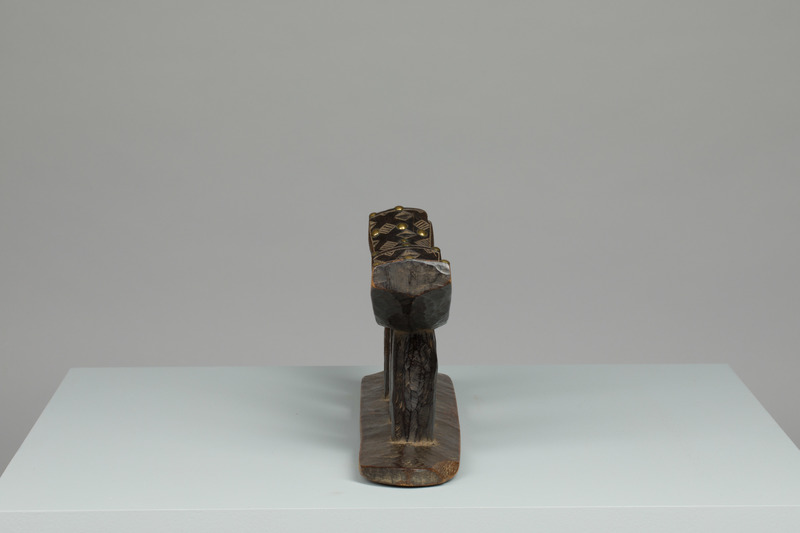 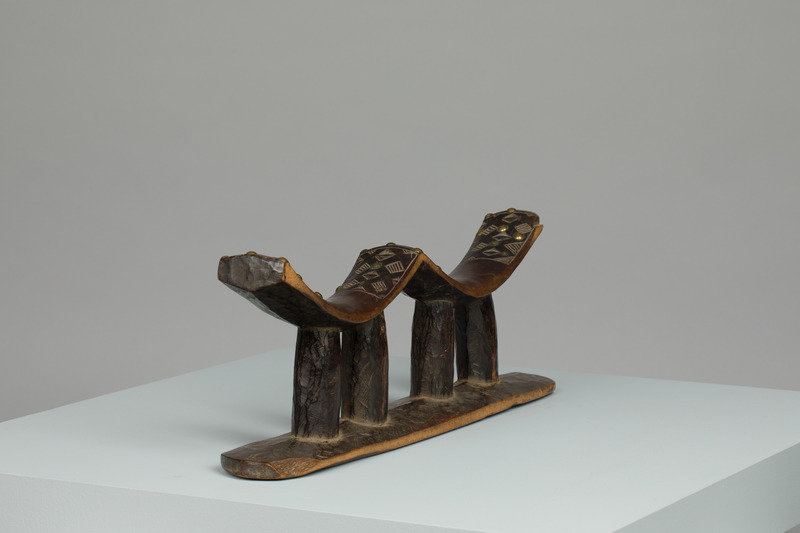 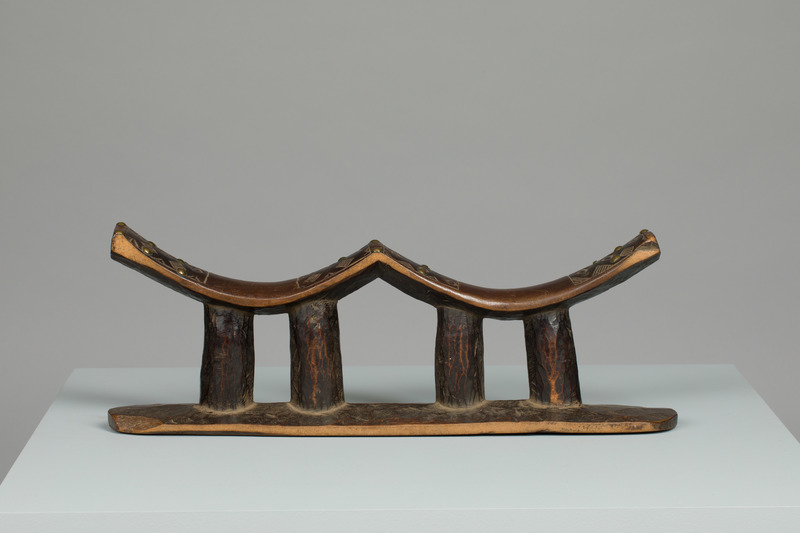 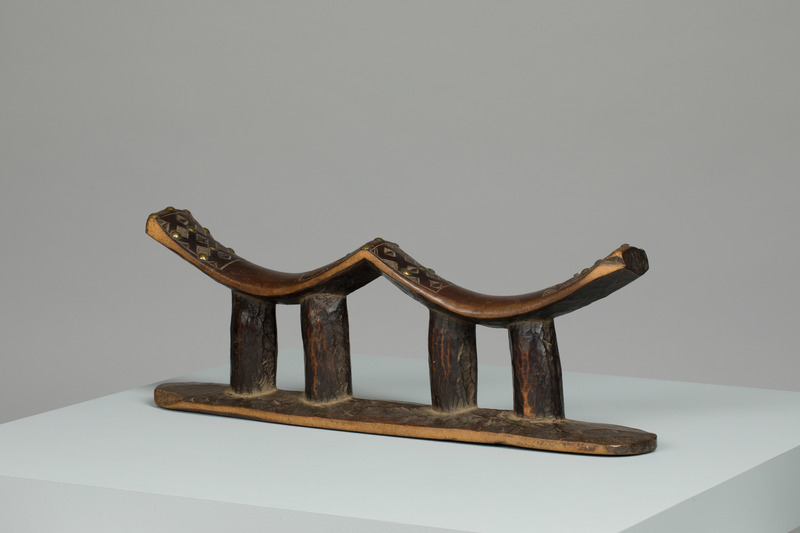 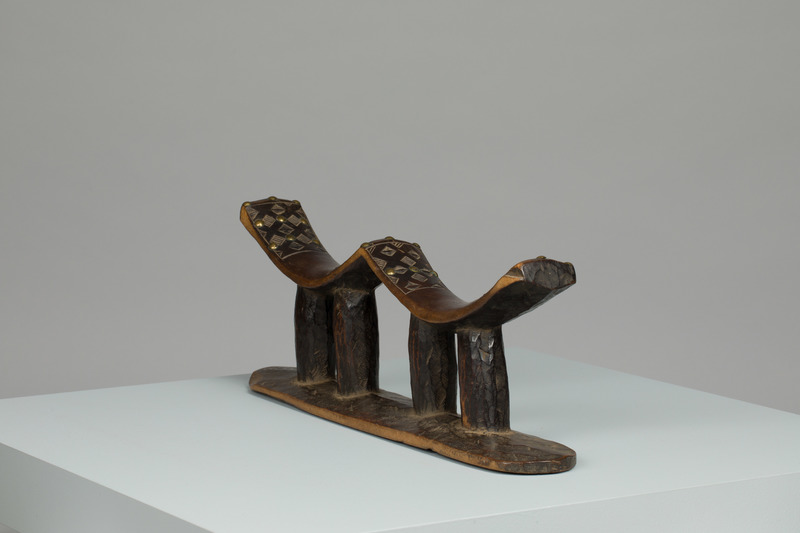 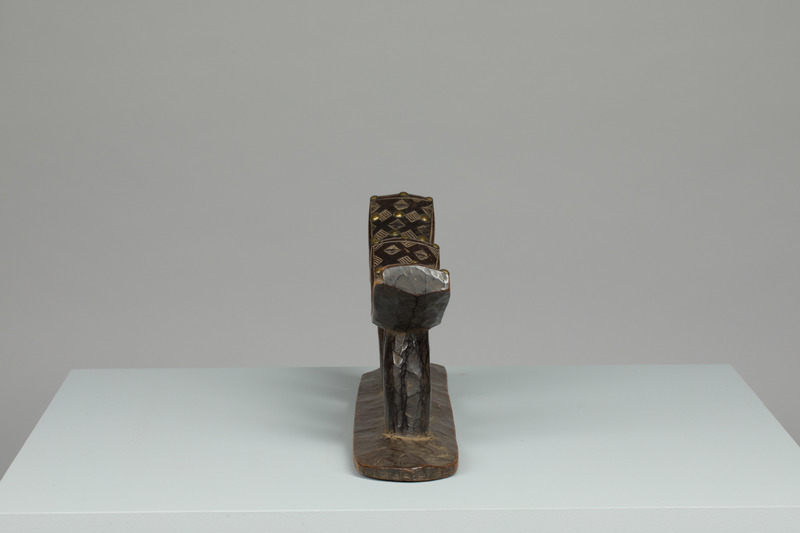 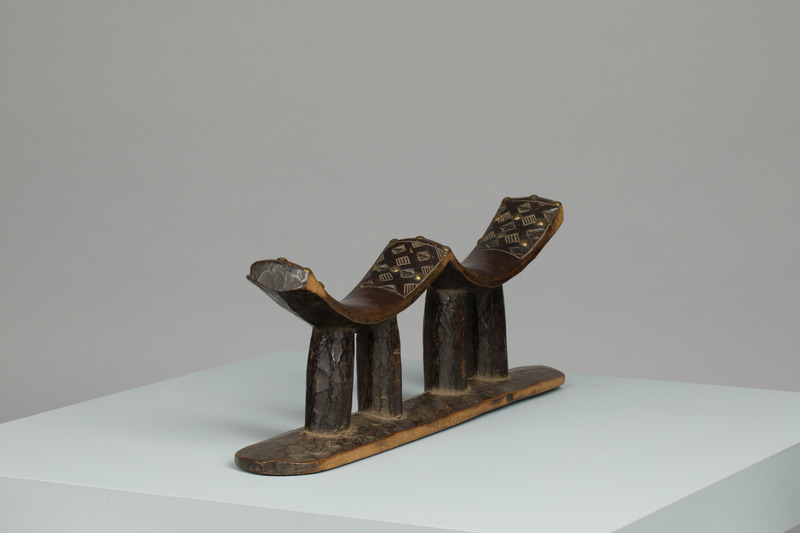 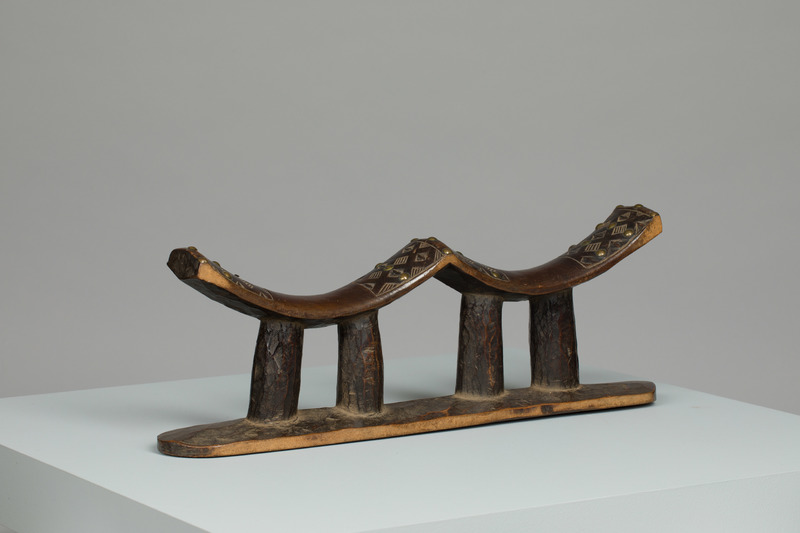 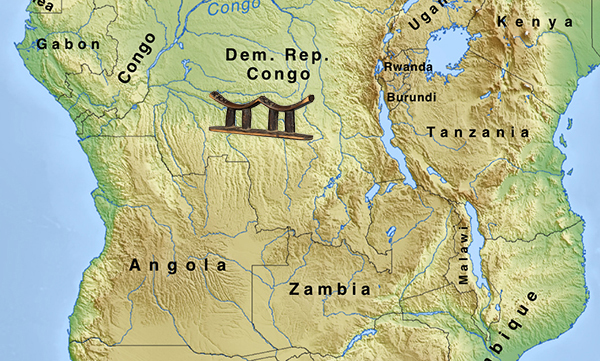 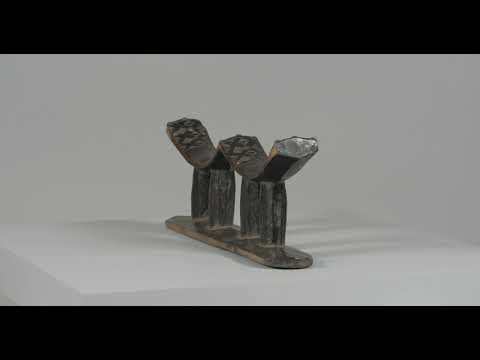