Kuba artistry and creativity are soundly on display in their expansive number and variety of different forms and fashions of decorative belts. Artists elaborated upon the thin simple raffia belts originally used to cinch and secure textile wrappers at the waist and expanded new styles into a full range of prodigious regalia. According to the regulations and the complex hierarchical system of ceremonial costume, this style of belt, called nokdy makwoom, must always have three florets. The florets are ornamental only, may be fabricated from beads or natural shells—as in the cowries in this example—and according to Cornet hold no special significance or symbolism beyond identifiers (Cornet 1982, 200-201).

Artists tend to work within a fairly limited range of patterns for the decorative beadwork on belts of such narrow width. The lantshoong pattern, applied here on the two fasteners as pairs of red-and-white alternating adjacent triangles, is prevalent on nokdy makwoom belts and also typical of beaded designs on ankle bells and tunics for the popular moshambwooy dance mask. The alternating rows of angled blue and white beading that form the hooked pattern of nested triangles is called lakwoon, or “crochet” (Cornet 1982, 165, 200). Cowrie shells, originally a form of currency, continue to be associated with affluence and wealth, even after other types of currency were implemented in the twentieth century (Binkley and Darish 2009, 26). The selection and uniform arrangement of the cowries by shape and color is one of the most appreciated aspects of a quality creation (Cornet 1982, 202), and the extraordinary amount of time it would take an artist to complete the details on these beautiful objects is “considered an intrinsic part of their value and desirability” (Binkley and Darish 2009, 123). 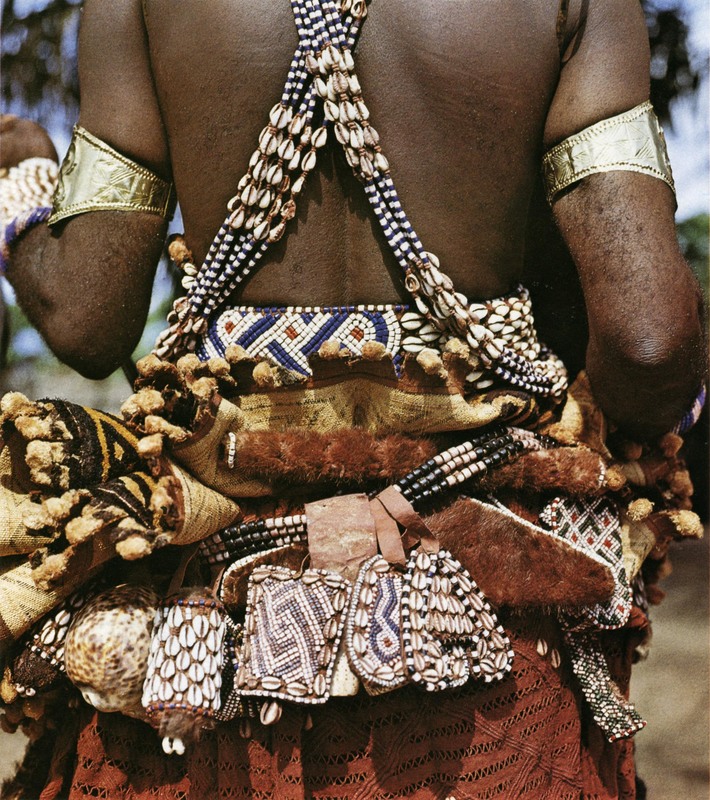 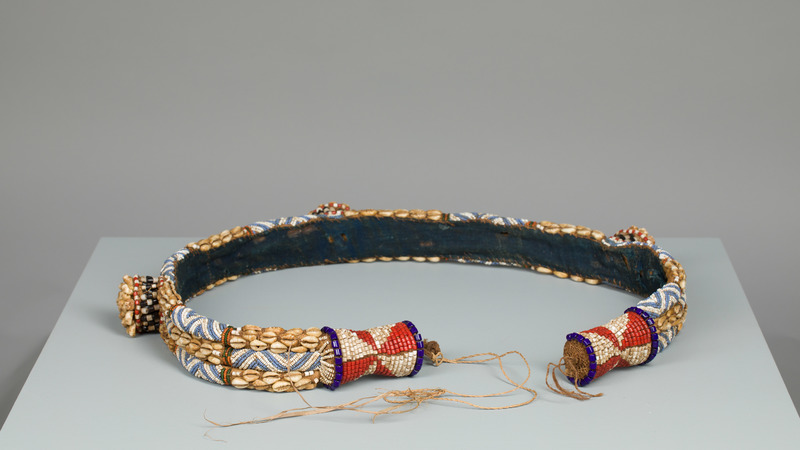 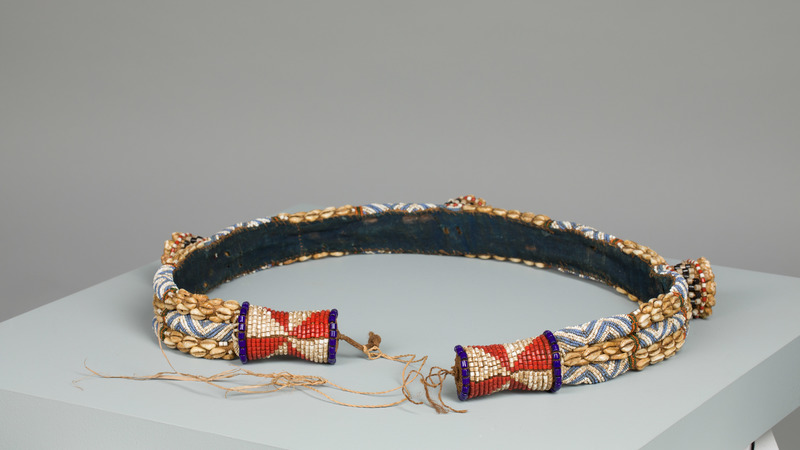 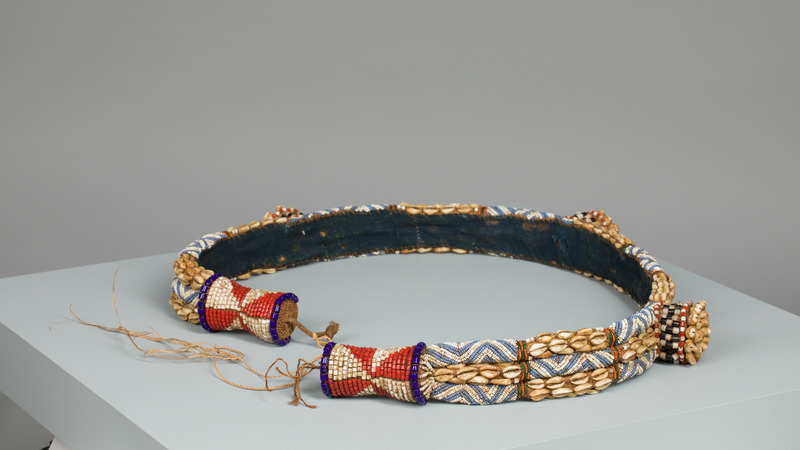 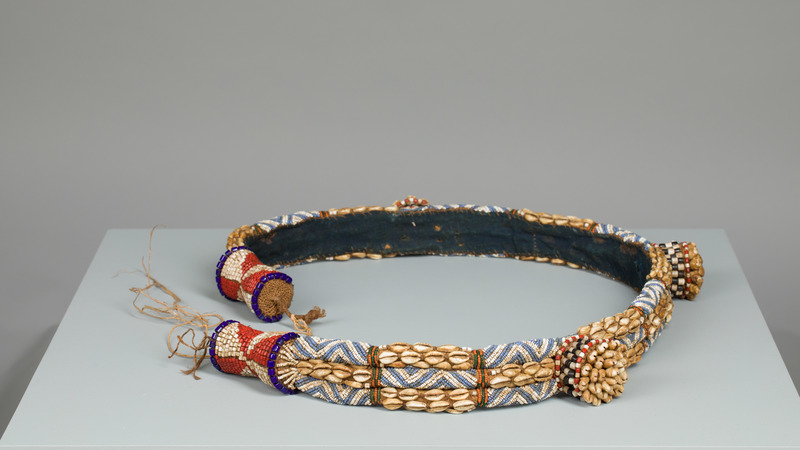 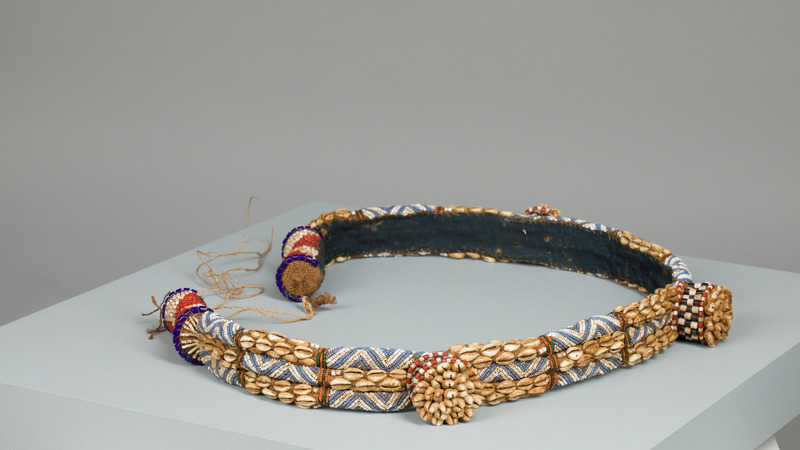 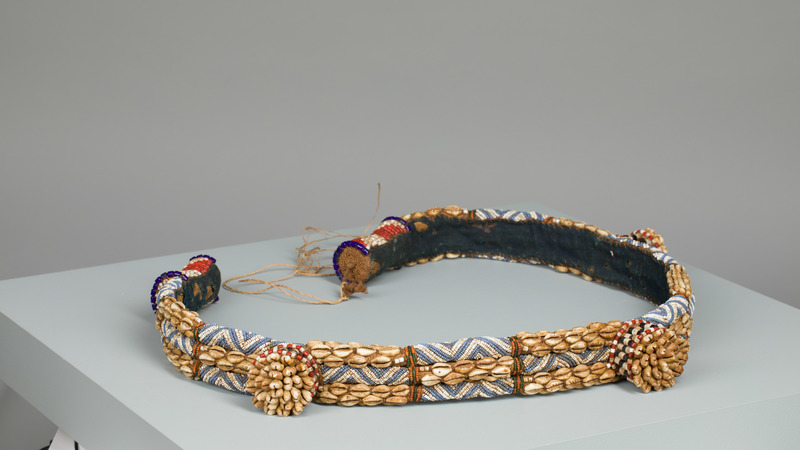 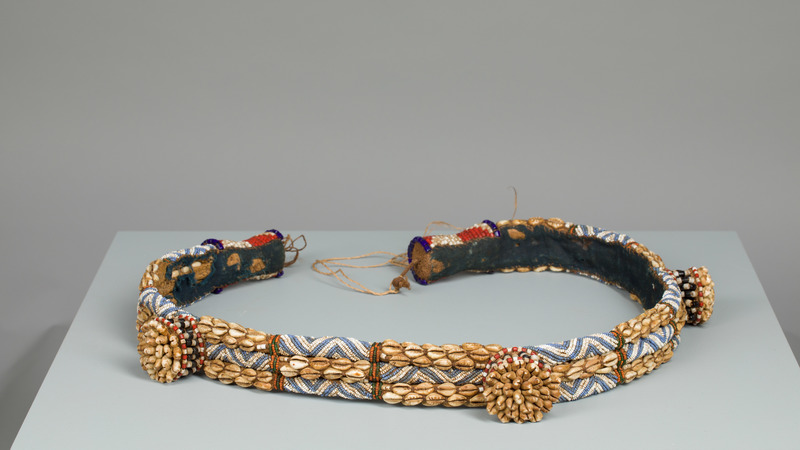 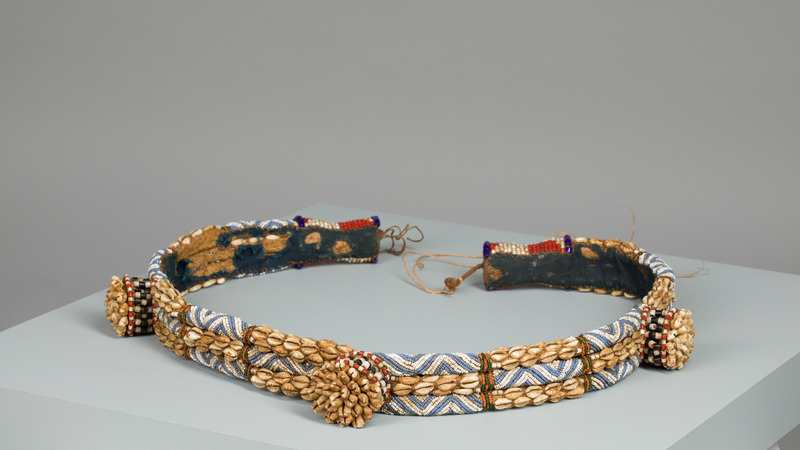 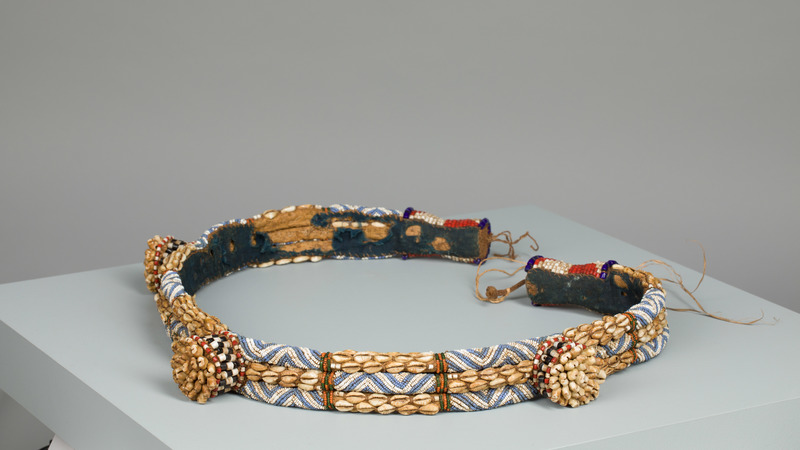 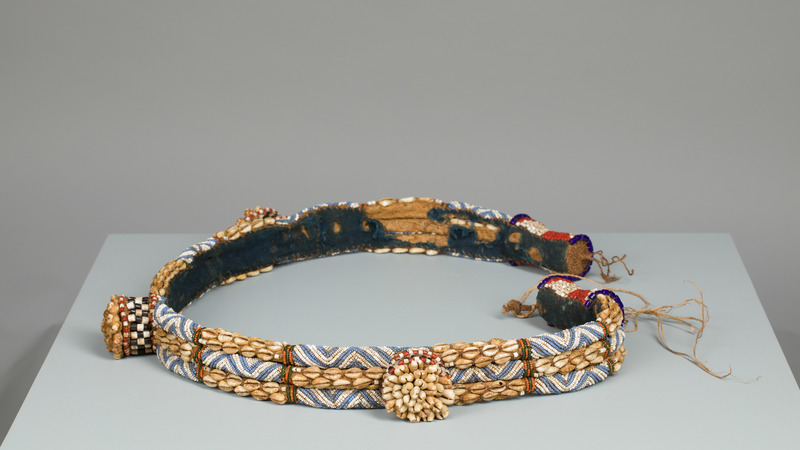 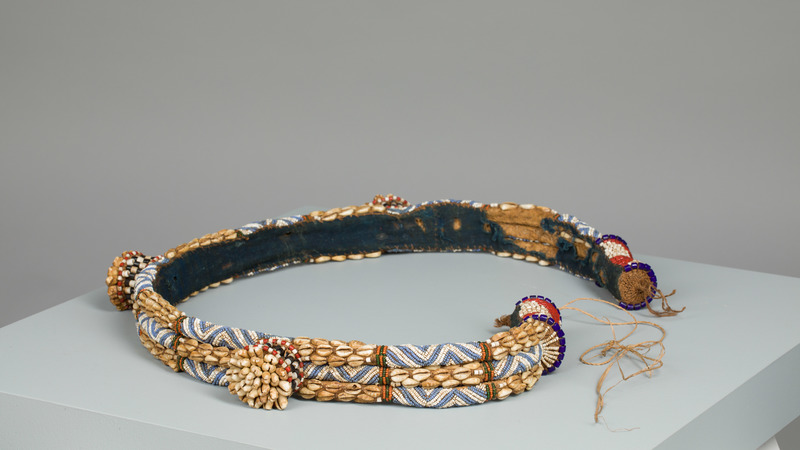 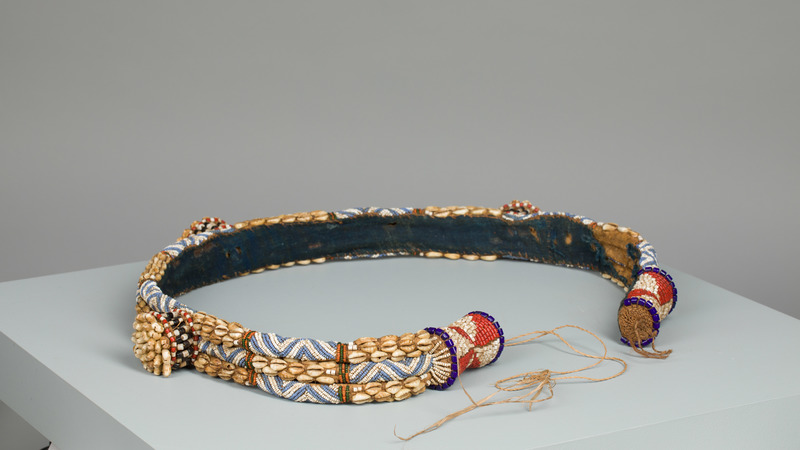 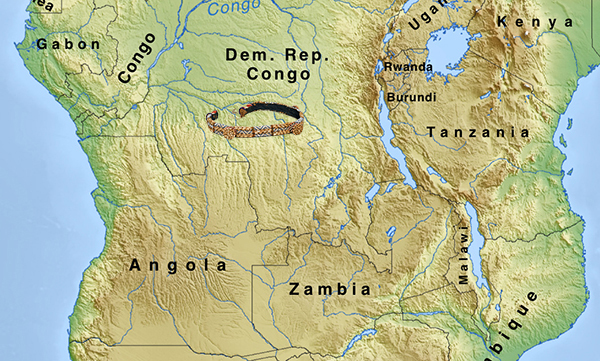 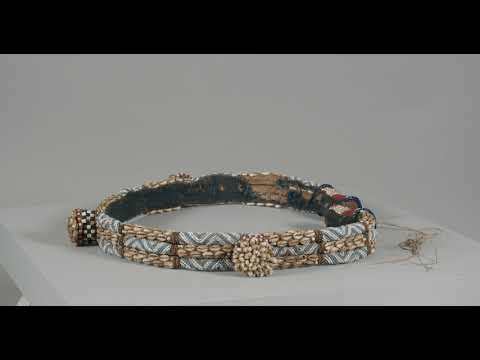