This multifaceted headdress, ntshuum anyim or “the house of the king,” is worn by the Kuba king on two occasions: when his body is presented for his funeral or when he dons his massive and multilayered regal costume for state dress, called bwaantshy (Cornet 1982, 220). As the name indicates, the compositions of beaded decorations on the small house replicate the distinct geometric patterns that appear in the embellished designs of woven matting on the interior and exterior walls of the king’s house in his royal compound.

The headdress sits on the king’s head in the same way a helmet mask would, where the lower strip of raffia covered with cowrie shells and beads is strapped under his chin and wraps up the sides of his face, encircling it as an artificial form of beard (Poynor 2008, 383). The beaded fringe that covers his forehead, small alternating blue-and-white bead strings that end in cowries, is mbup mundel (Cornet 1982, 223). A photo by Italian photographer Angelo Turconi captures a Kuba king in full bwaantshy regalia including “house of the king” headgear of a different design (Cornet 2014, 8)(see image below).

Each ruler commissions his own bwaantshy, an incredibly opulent and elaborate ensemble that only the king is allowed to wear. In its weighty layers of symbolism, the assemblage “conceals the individual man from onlookers, who see an embodiment of kingship itself” (Poynor 2008, 383). The costume is heavy in the material sense as well, composed of approximately fifty different symbolic elements and weighing up to 185 pounds (Cornet 2014, 8; Poynor 2008, 383).

The focus on pageantry in these ceremonial and artistic presentations is part of a sacred representation of the economic, political, and historic center of the Kuba kingdom (Binkley and Darish 2009, 11). 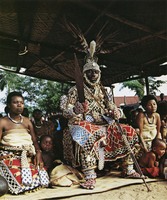 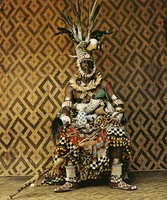 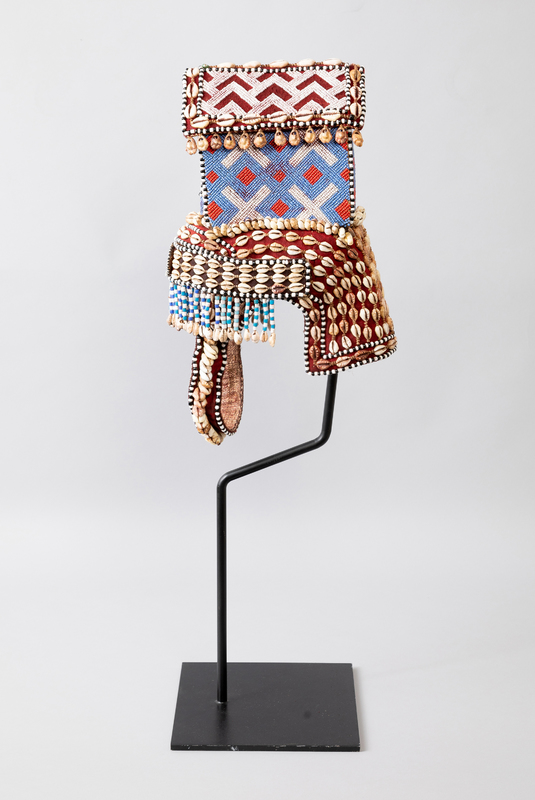 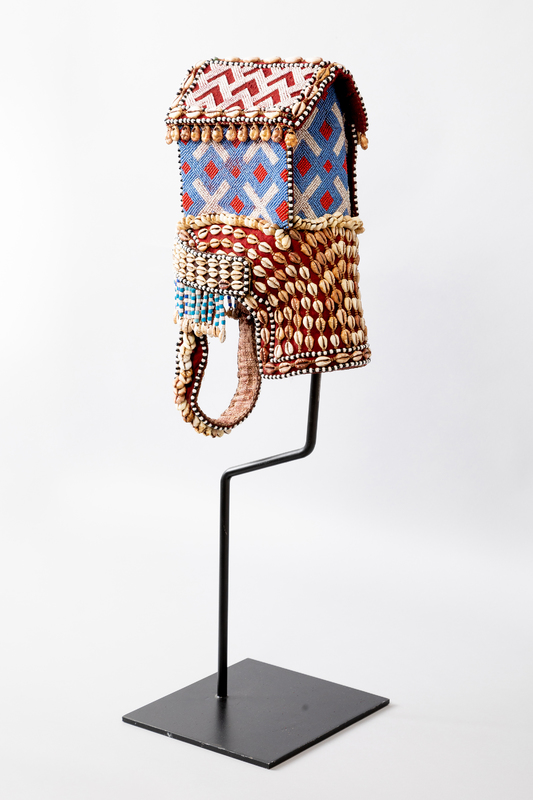 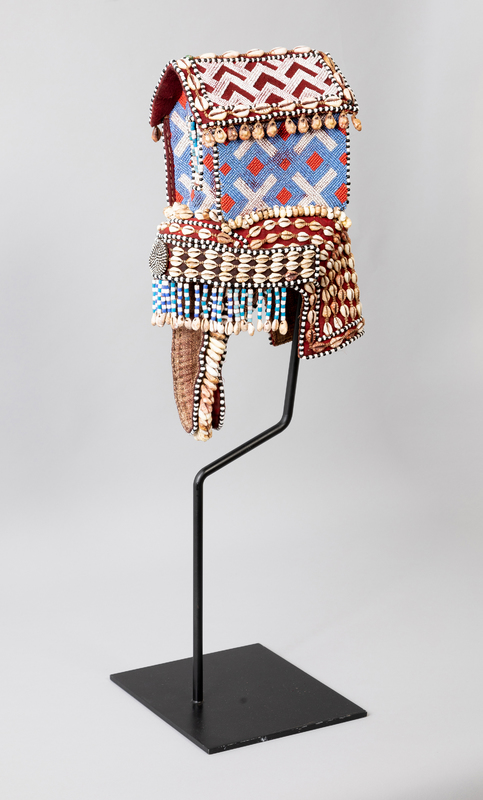 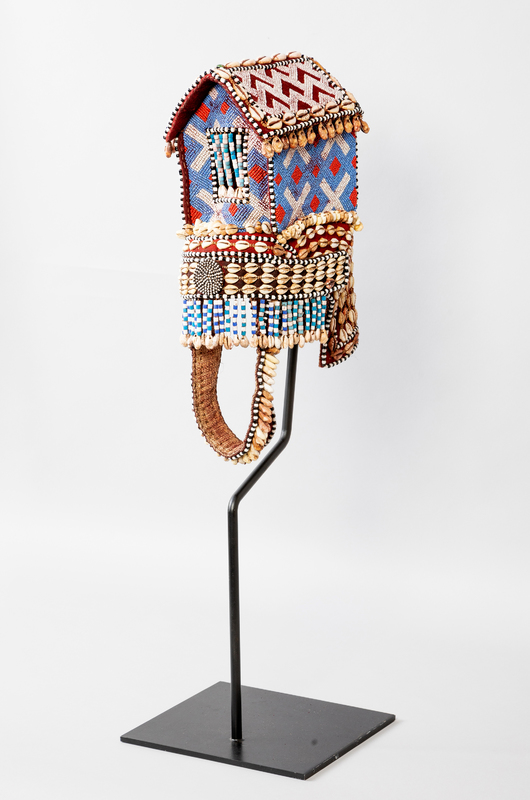 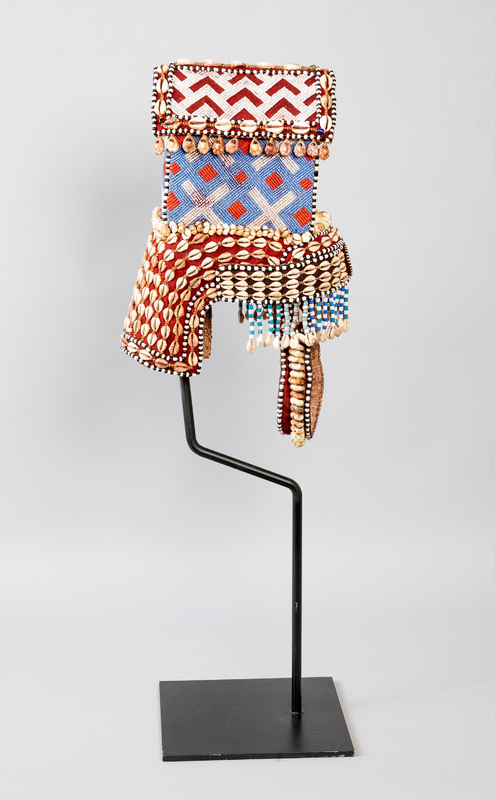 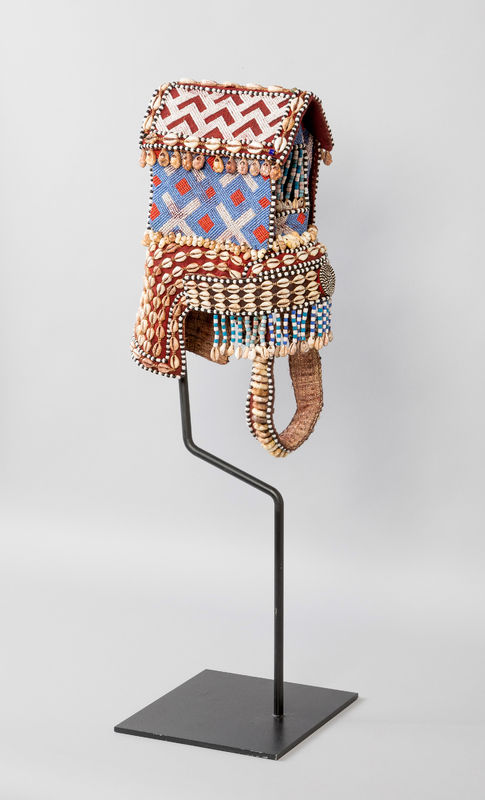 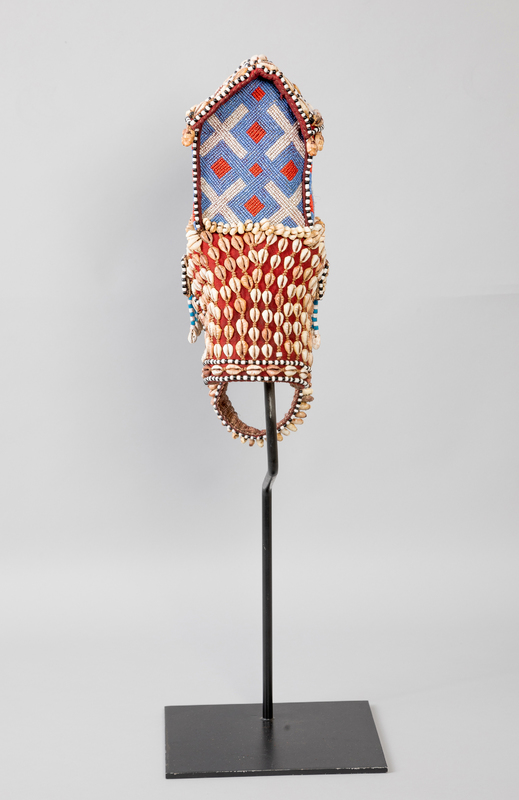 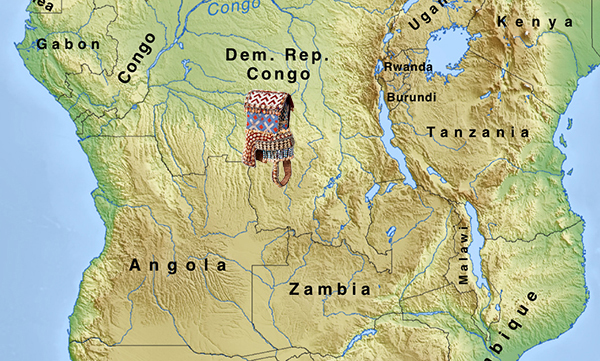