While Yoruba cosmology recognizes a divine creator, Olodumare, who is removed from his creation and has neither shrines nor a priesthood, people’s ritual life is invested in a more accessible pantheon of gods, the orisa. One of these is the powerful orisa Sango, the god of thunder and lightning. This kneeling female figure is a devotee of the deity, and she holds a bowl with offerings to him in her hand.

Oral tradition identifies Sango as the fourth king of Oyo. Many of these oral traditions focus on the cause and occasion of his death and his apotheosis as an orisa. Some accounts describe him as a ruthless despot; others praise him as a great warrior and magician. Still others speak of how he pitted his chiefs against one another, appealing to their envy and vanity. It is said that his people grew weary of this political conflict and forced him to give up his throne. He was sent into exile, where he committed suicide by hanging. Soon after his death violent storms and lightning began plaguing the kingdom, causing widespread destruction. There seemed to be no end to these storms, and his former subjects declared that they were clearly evidence of Sango’s wrath. They dedicated shrines to him to appease him, and to harness his power for the communal benefit his became the state religion in Oyo from the seventeenth to nineteenth centuries.

Sango’s shrines contain numerous objects that make reference to these oral traditions and to his volatile character. One such object is the Neolithic stone celt. Found when farmers are digging the fields, stone celts are considered the material evidence of the thunderbolts that Sango hurls from the sky. The celts are taken to a Sango priest, who places them in the shrine. Carved wooden shrine figures, like this female figure, carry double celts on their heads, a symbol of Sango and an allusion to the oral traditions attesting his power and volatility.

Yet the image of this kneeling woman, a mother or potential mother, also speaks to another side of the character of the god, his generous nature. Women who experience problems with infertility and with childbirth will seek Sango’s intervention, as children are the blessings that Sango gives to his devotees.

Placed in a shrine, these statues would receive sacrifices to Sango and would function as objects of contemplation, allowing mediums to focus their concentration and to ready themselves to receive the deity. During possession a medium becomes Sango, speaking with the voice of the deity and praying for the well-being of society. 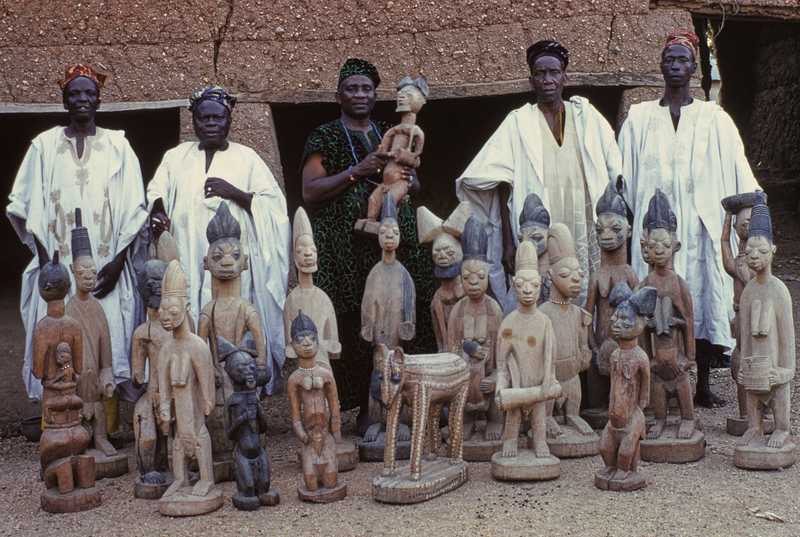 The Shango shrine of the Timi of Ede, Ede, Nigeria. 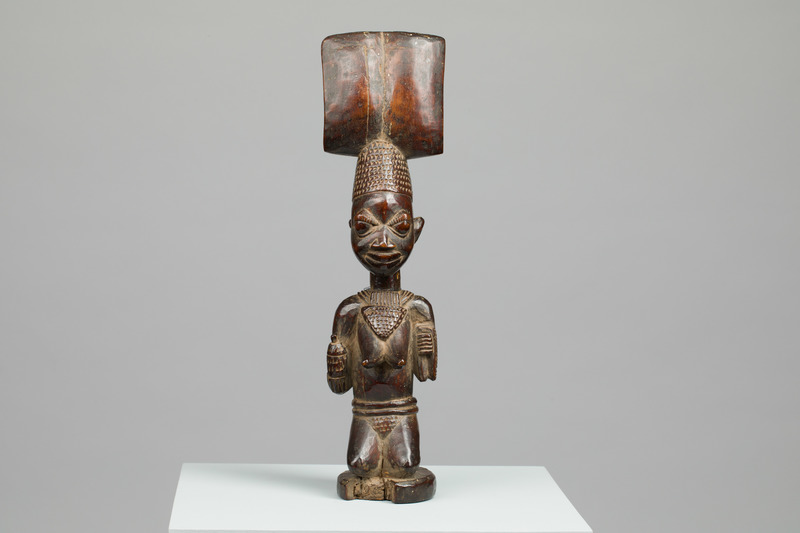 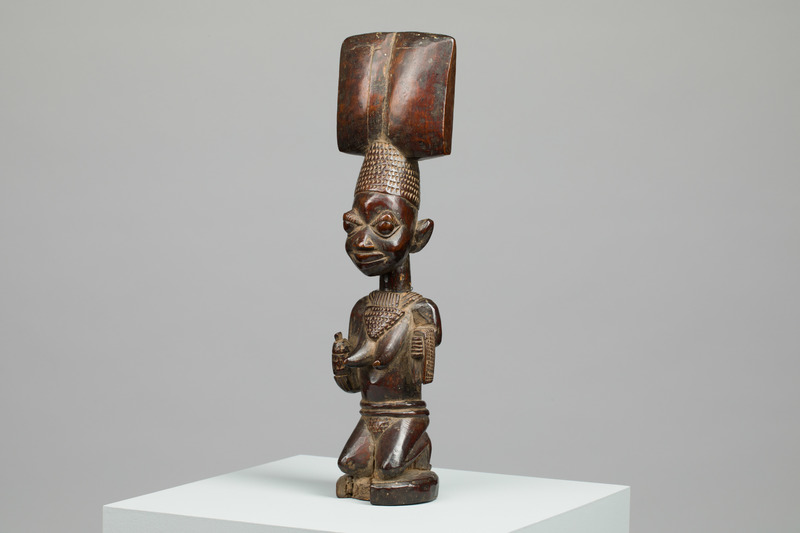 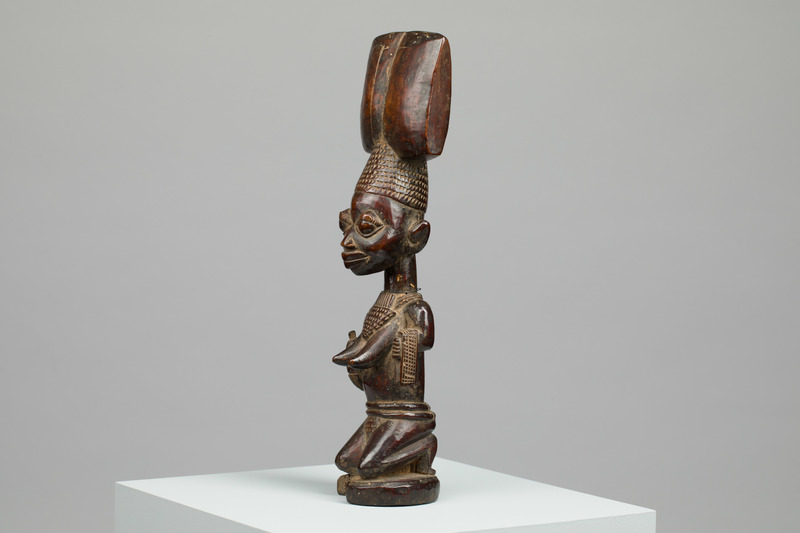 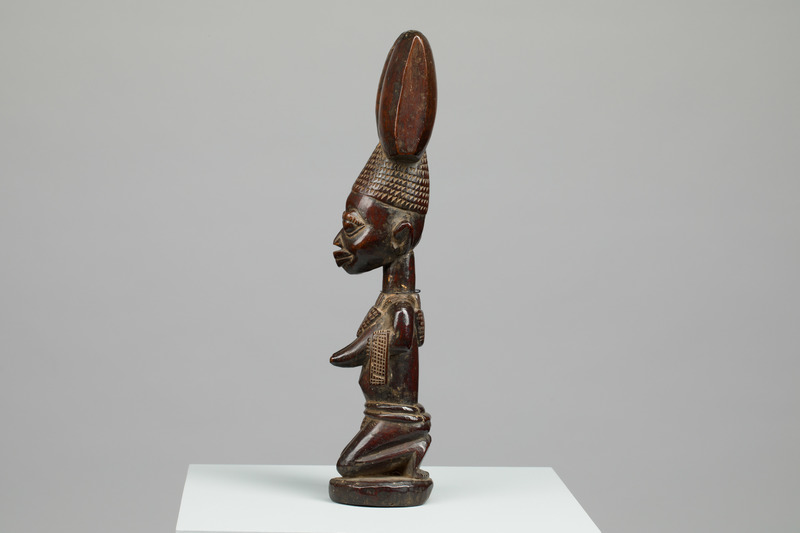 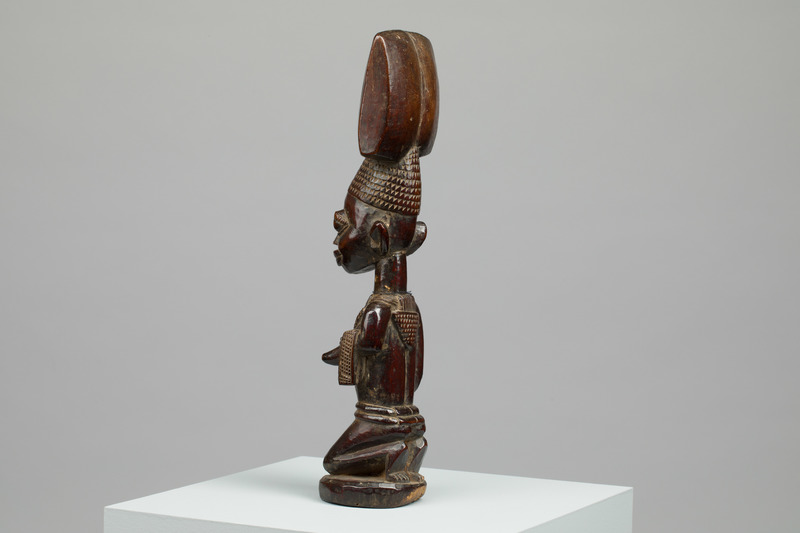 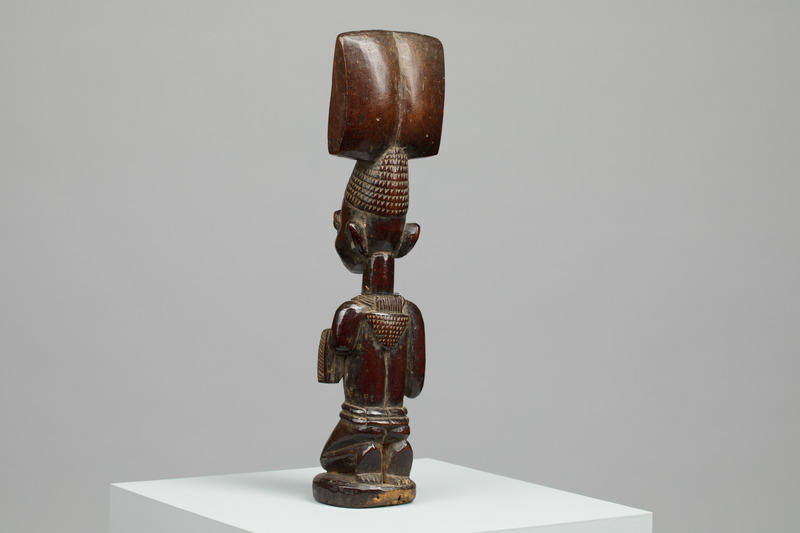 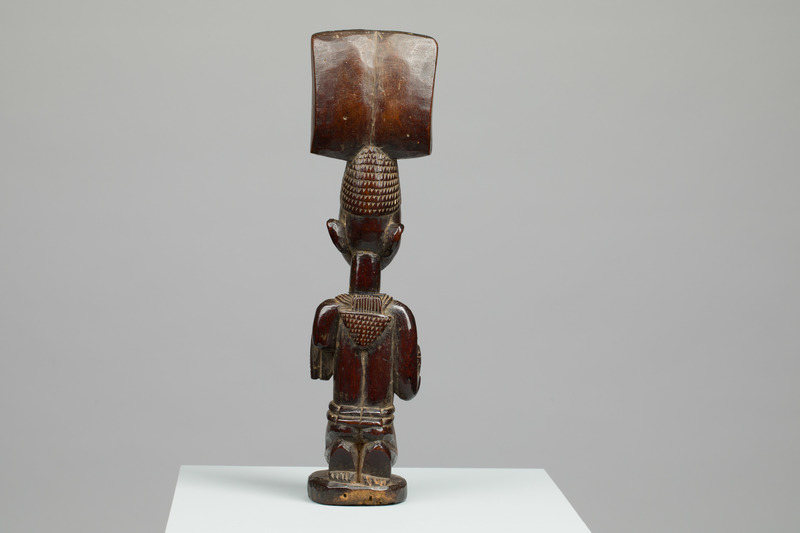 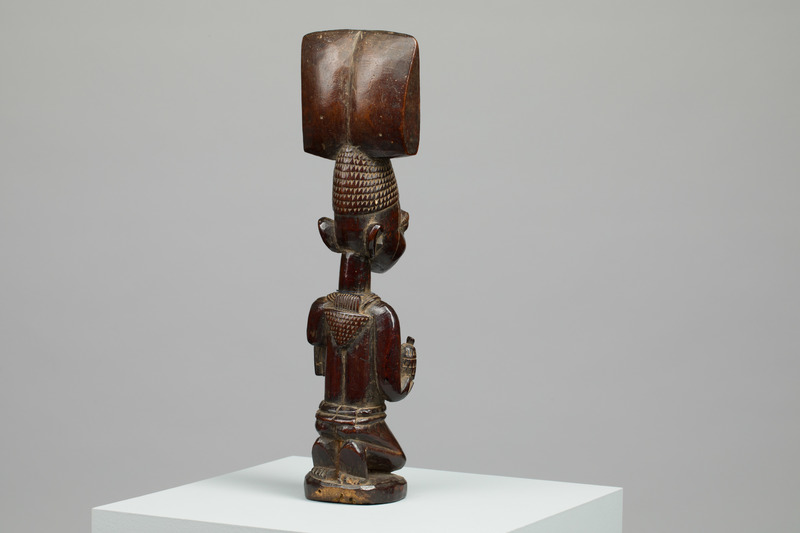 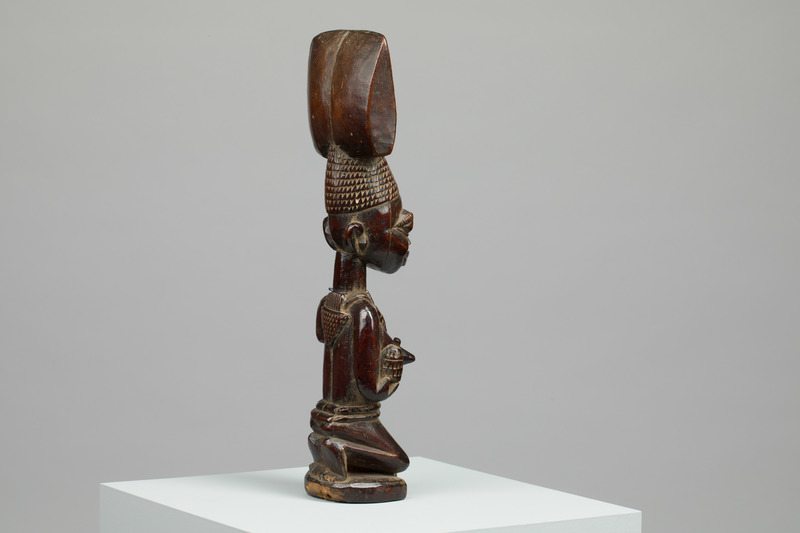 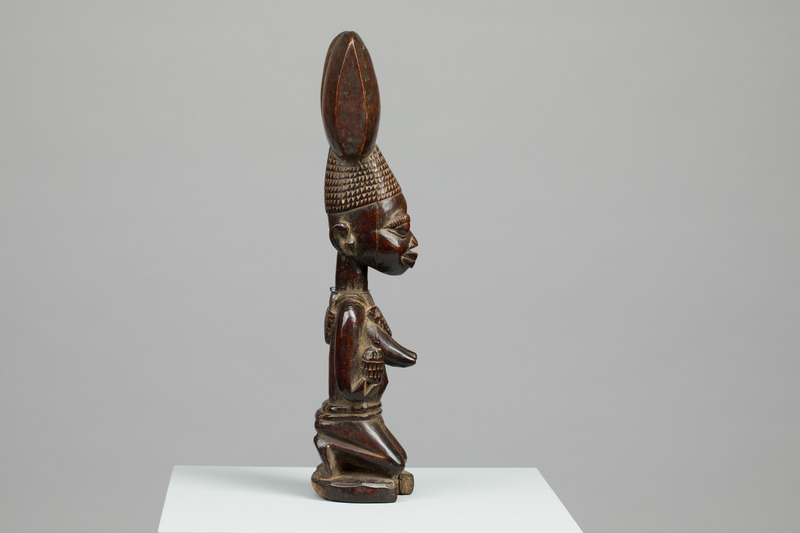 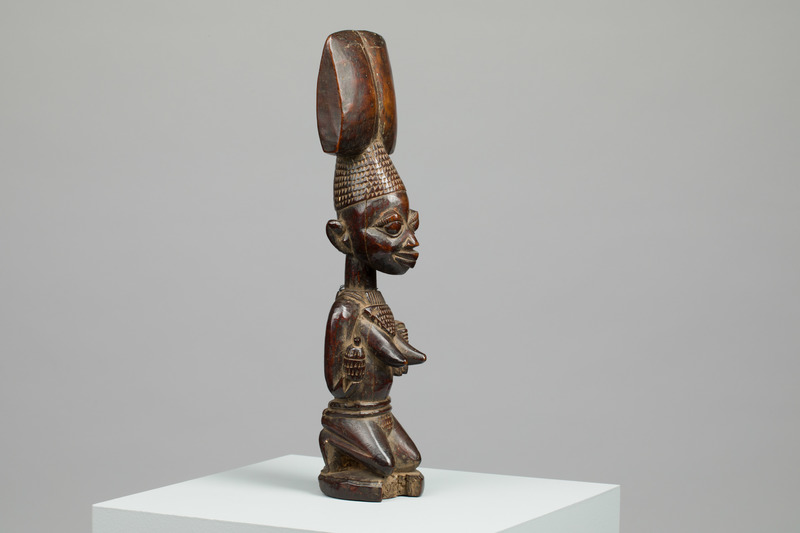 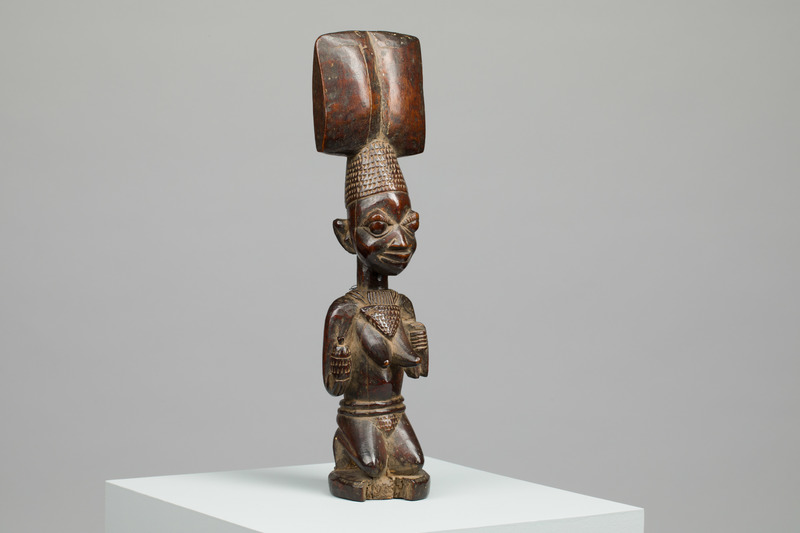 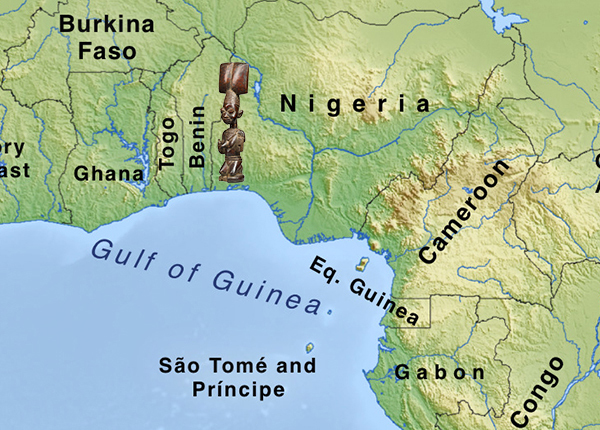 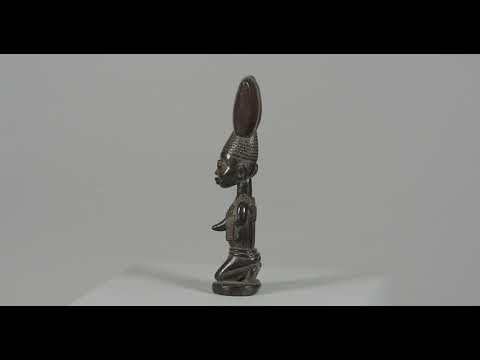