This spirit mask is probably one of the female entertainment masks, the tanka gle, which means a dancing, miming masquerade. However, any definitive identification of this mask is difficult sans its headdress. Clues to its identity as an entertainment mask are its somewhat larger size than the female masks that appear in the boys’ circumcision camp (dean gle), as well as the carved garland around the top of the forehead, which is a feature most often associated with entertainment masks.

Mask spirits are thought to live in the mountains and are described variously as ge, gle, or glö. When men have need of them, they summon them from the spiritual realm, where the spirits manifest themselves in masquerades. The masquerade, its costume, song, drum rhythm, dance, and verbal utterances, are all manifestations of the spirit. Female spirit masks, like this example, are described as gle mu, gentle masks, and they represent the Dan ideal of feminine beauty, with small narrow eyes, sumptuous mouths, and shiny black surfaces, alluding to the healthy skin of a beautiful woman.

All Dan masks are face masks, which are tied to the head of the dancer. The tanka gle generally wears a red cloth headdress that is round in profile with a band running across the bottom covered with cowries or glass beads (komo). Its costume is a fabric cape costume and long bast-fiber skirt, or a short bast-fiber skirt worn over trousers. They may appear with an orchestra and chorus or with a single attendant. They carry calabash rattles, and, like unmasked dancers, they wear leg rattles. They perform various women’s dances and sometime perform short skits and songs.

Entertainment masks appear at celebratory occasions, such as events that commemorate the deceased, local harvest festivals, regional and national government–sponsored events, and staged tourist performances. They have also been incorporated into the Ballet National de Côte d’Ivoire and performed on the international stage. Increasingly the Dan see their masking tradition as an expression of Dan ethnic identity.

Allen Davis acquired this mask from the collection of George Harley, who was then living in Virginia. 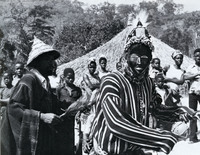 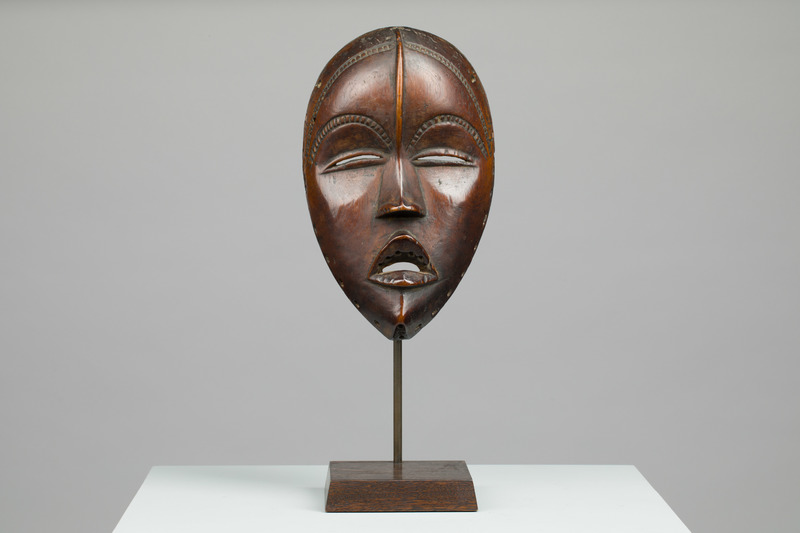 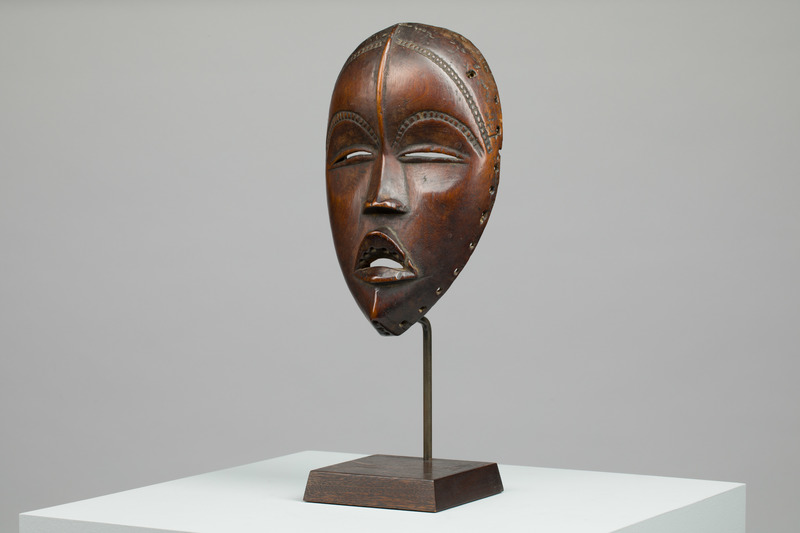 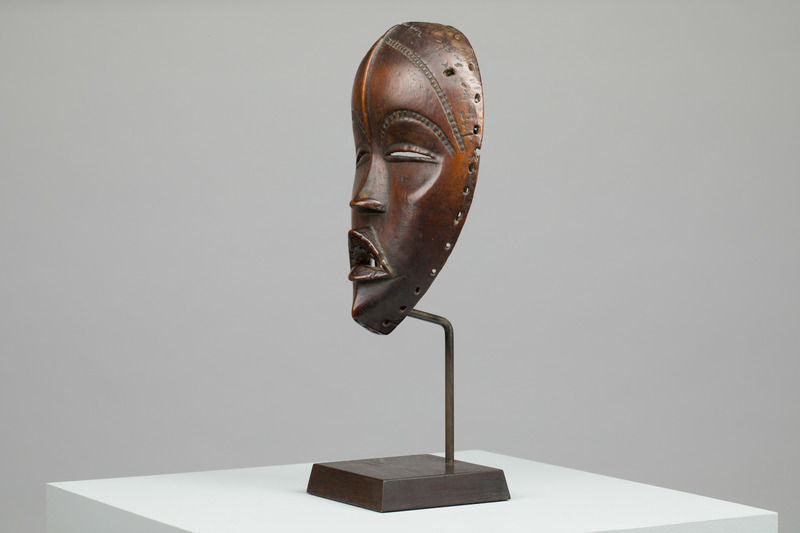 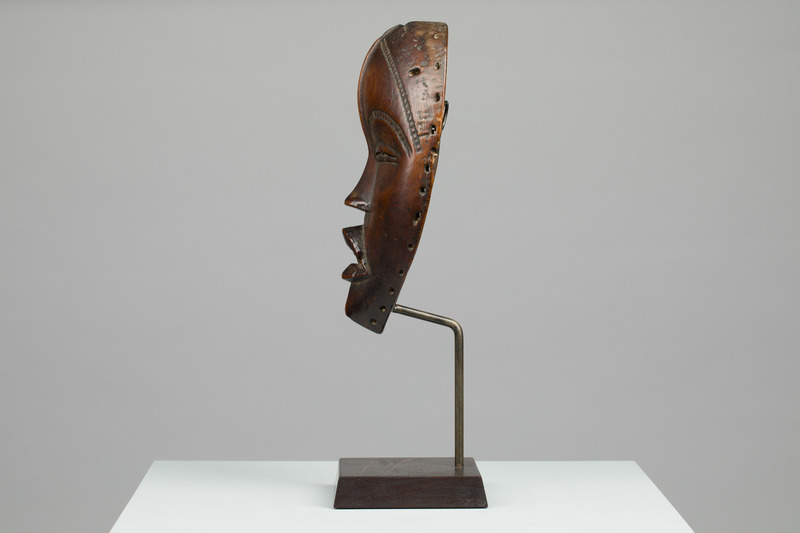 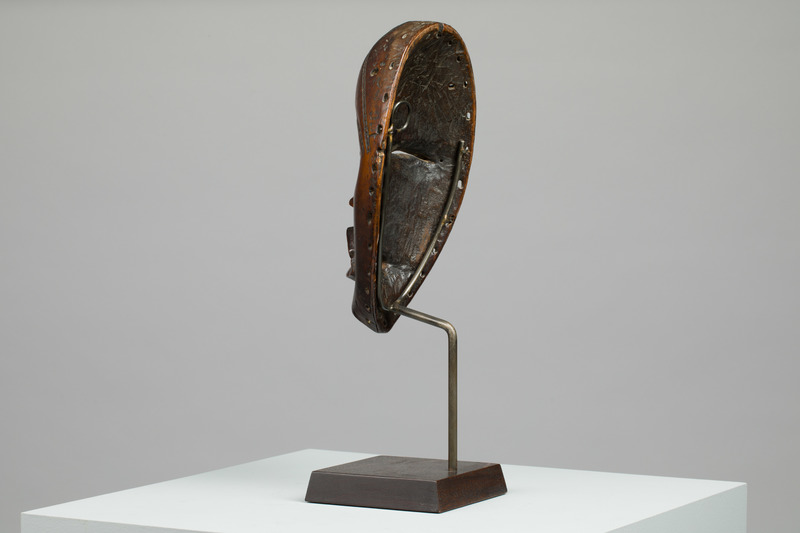 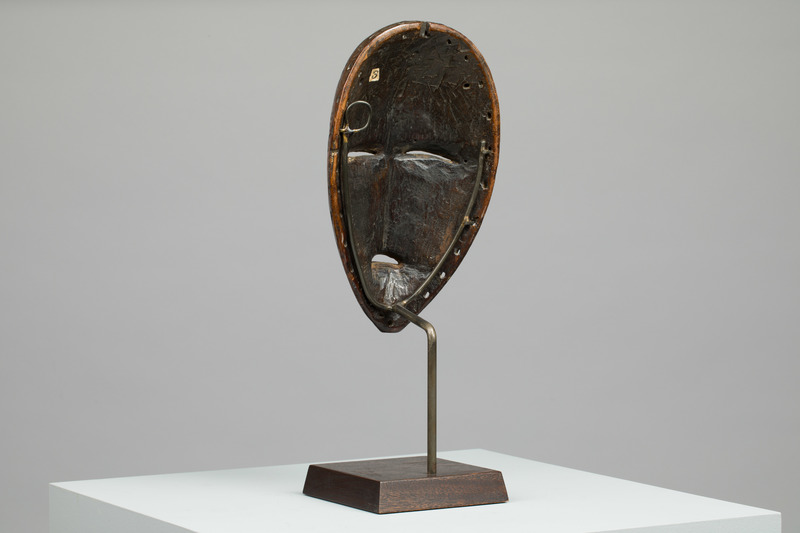 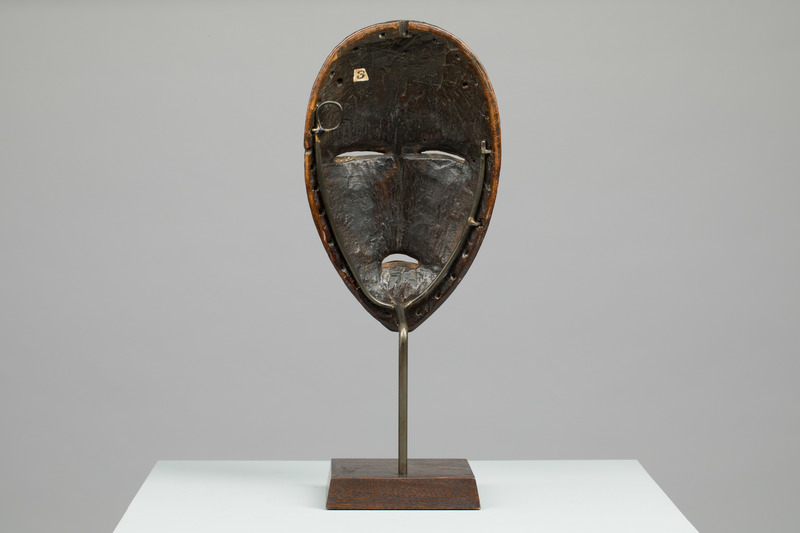 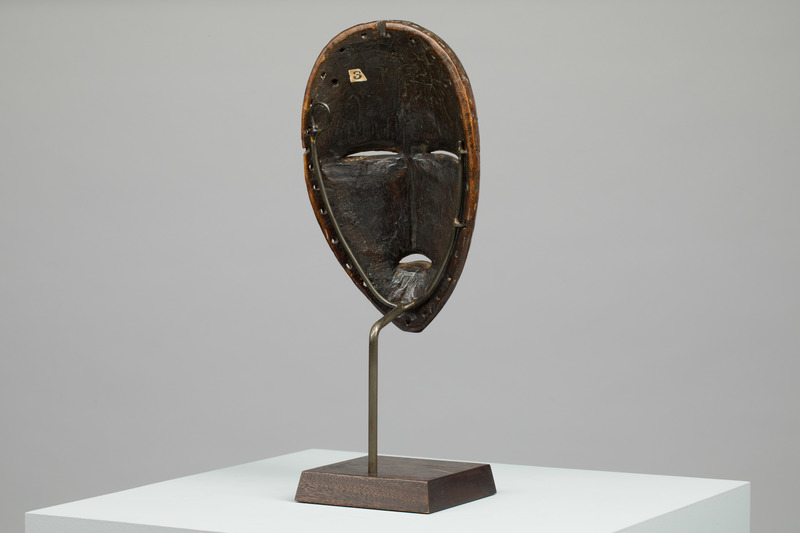 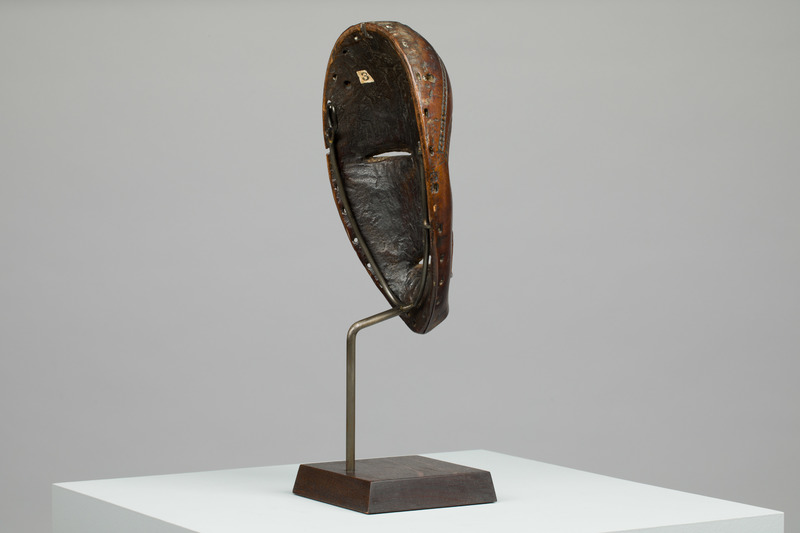 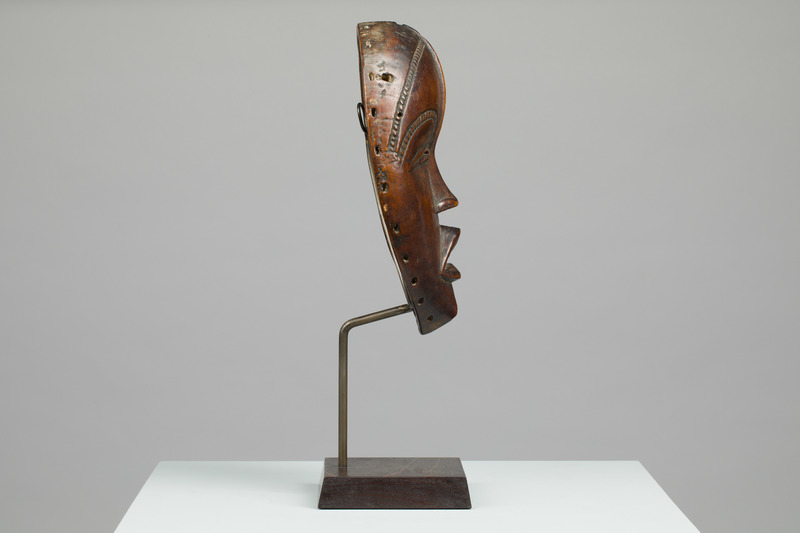 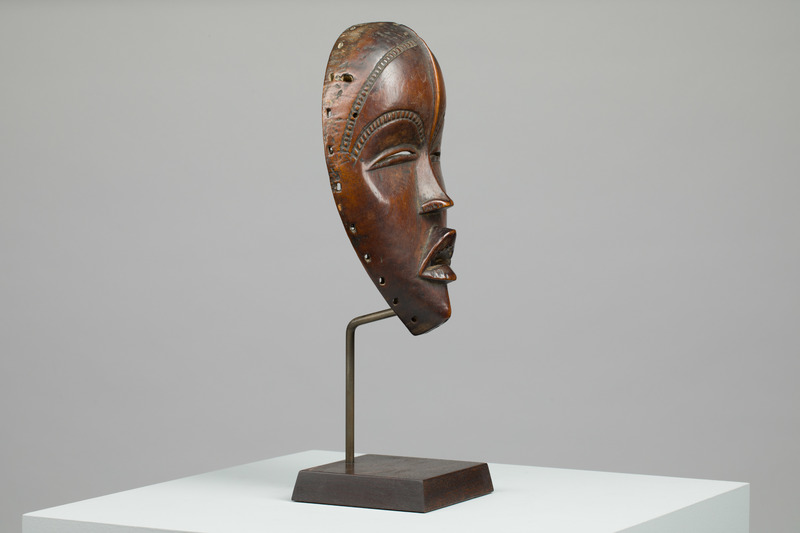 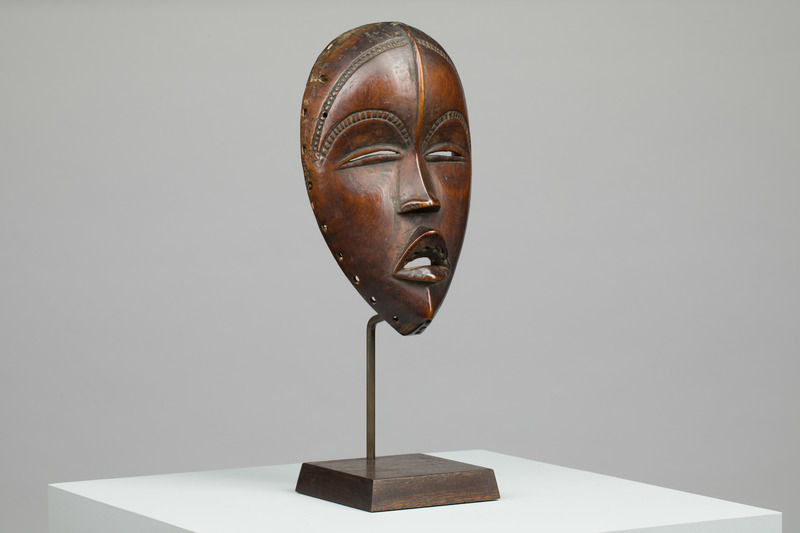 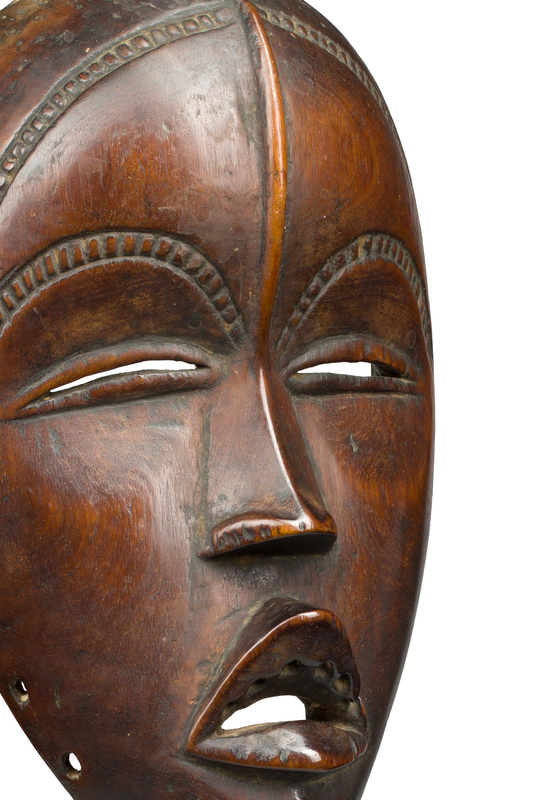 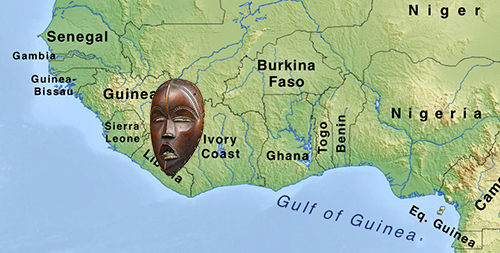 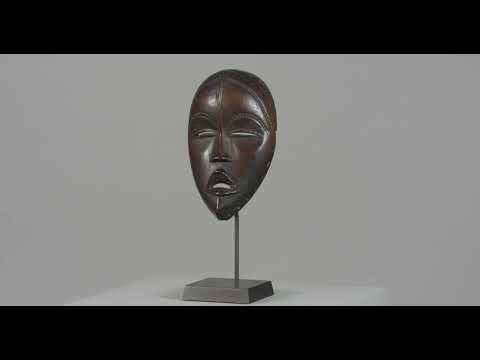