This round pendant, or tabzimt, is decorated with enamel designs and colors that are associated with artists from the Kabylie region in northern Algeria. The Kabylie metalsmiths are known for exceptional craftsmanship, especially this style of cloisonné enameling in yellow, green, and blue (Rouach 1989, 16). A Berber woman would receive this symbolic object and other jewelry as a gift on her wedding day, possibly as part of her dowry, or from her husband after the birth of their first son (Fisher 1984, 261). The tabzimt is worn as a pectoral pendant or as a shoulder pin. Women of the Benni Yenni district wear small versions on their foreheads attached to a headscarf or as a hair ornament, especially for celebrations and special occasions (Camps-Fabrer 1973, 227; Fisher 1984, 261).

With its coral beads and other silver embellishments, this jewelry is quite heavy. Accordingly, because of their weight, many pieces are doubly constructed with brooch and bolt elements so the pendant may be secured to a scarf or garment. Berber smiths are probably best known for the larger, triangular fibulae, called tizerais. These are worn in pairs, linked by a center chain and one pin attached to each shoulder to hold garments in place. These decorative styles of jewelry are symbolic objects that have been part of regional heritage and production for centuries (Camps-Fabrer 1973, 221–26; Rouach 1989, 12). Berber women continue to adorn their traditional finery with fibulae today as a sign of pride and fidelity.

As is the case with this example, the tabzimt artist often focuses just as much on the beauty of the cloisonné and design elements he creates for the back of the object as he does on the front. Enameling techniques in North African Berber jewelry were possibly brought to the region by jewelers exiled from Muslim Spain after the fifteenth-century Reconquista. Berbers, indigenous North Africans who have primarily converted to Islam, refer to themselves as Imazighen, meaning “free people” or “noble ones” (Stewart 2017). 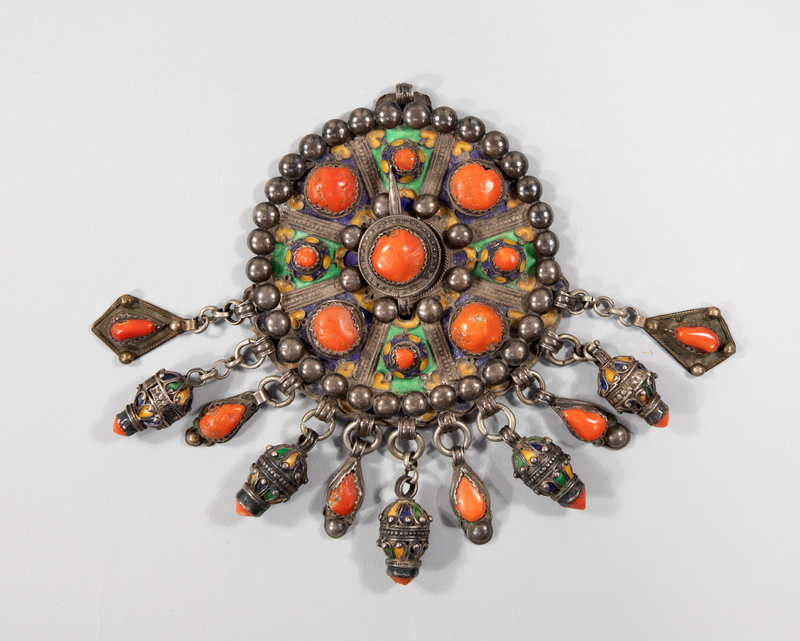 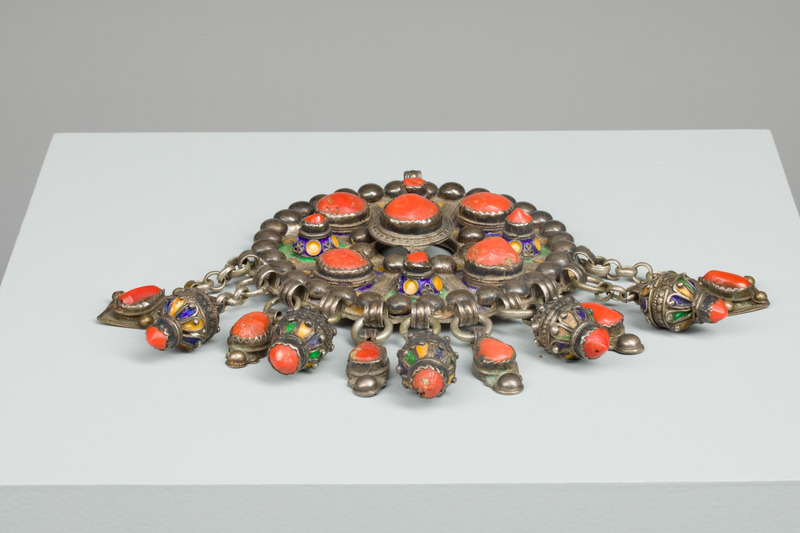 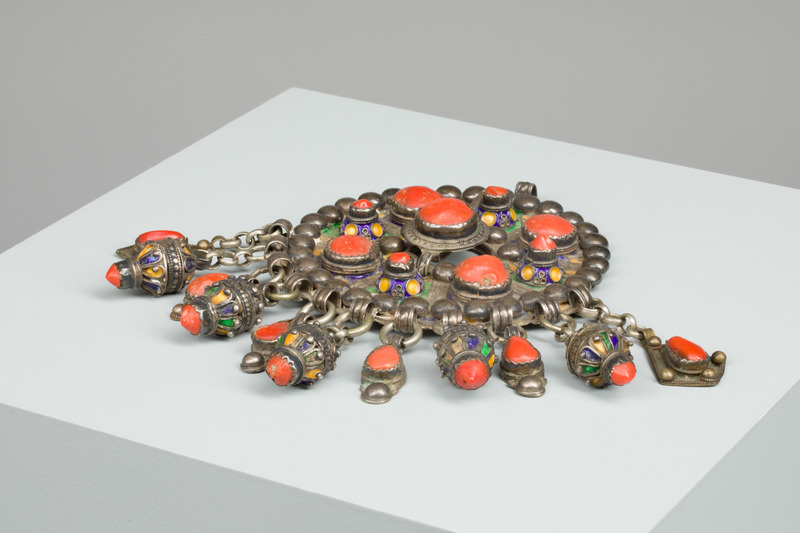 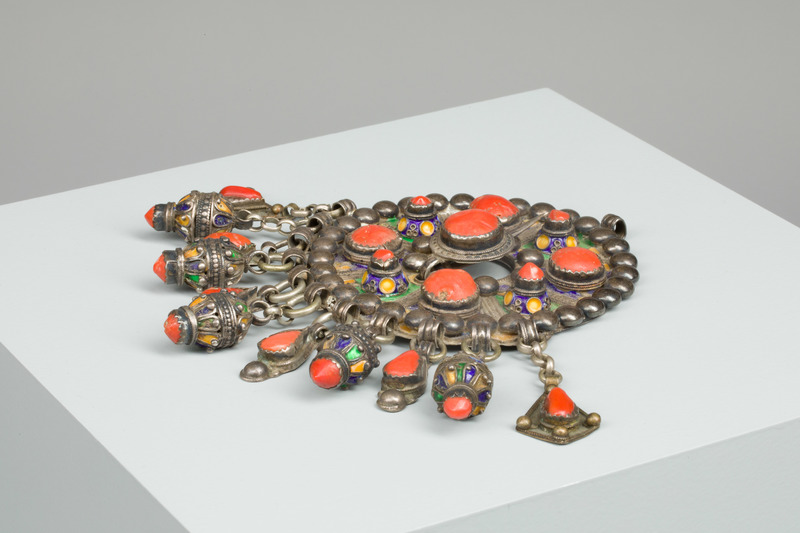 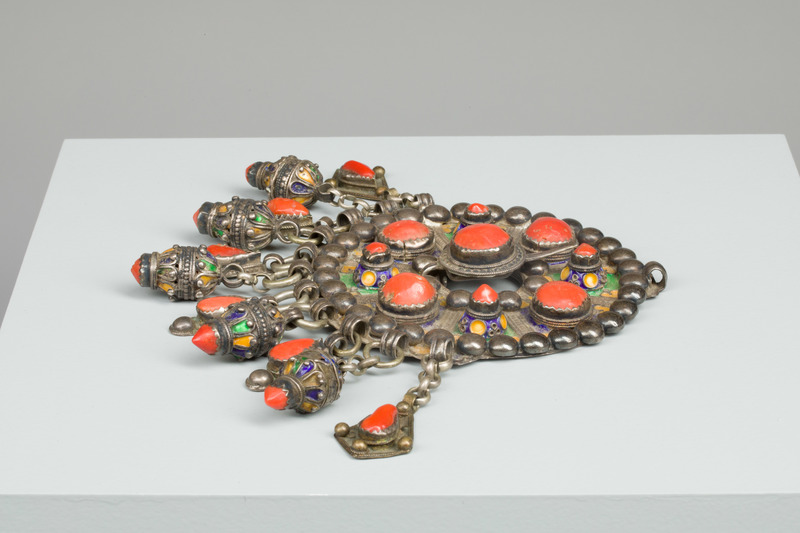 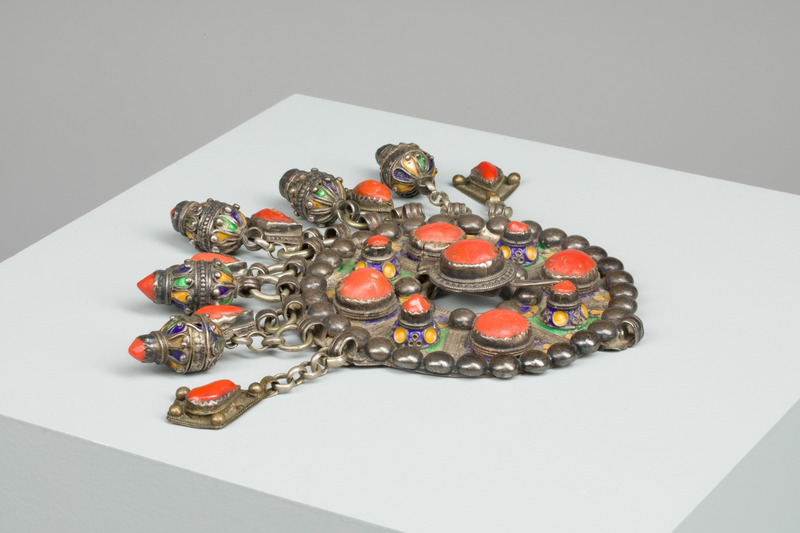 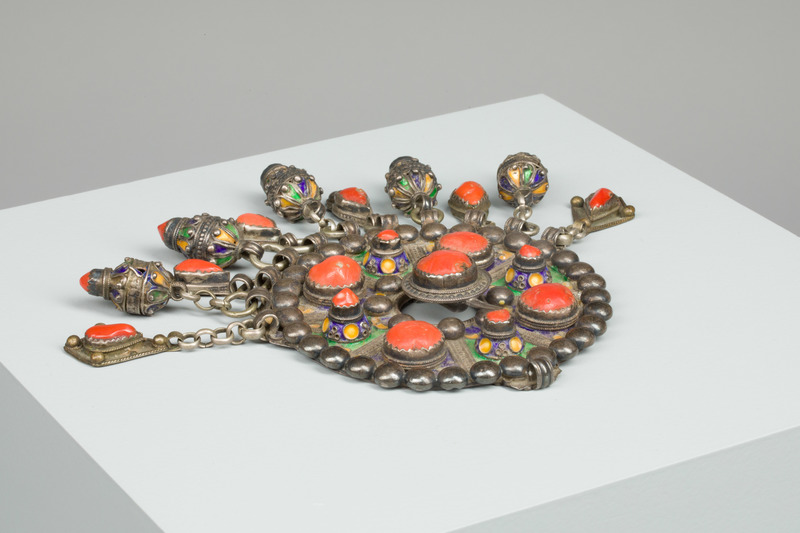 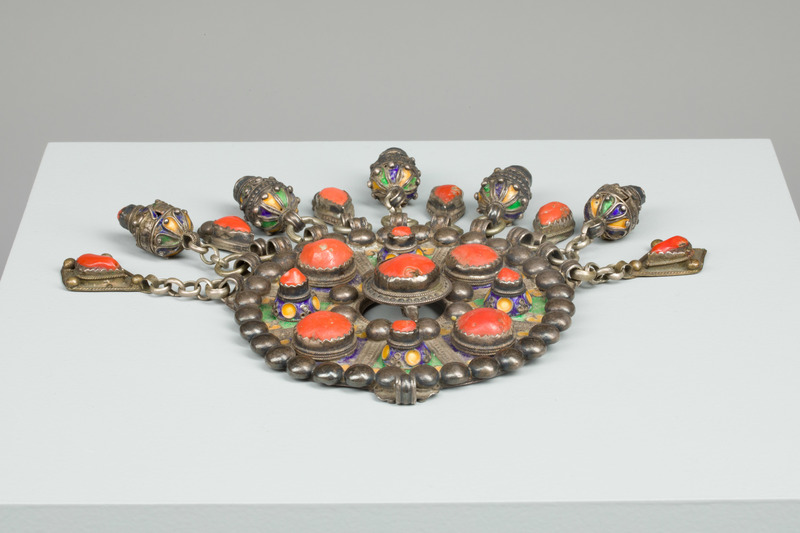 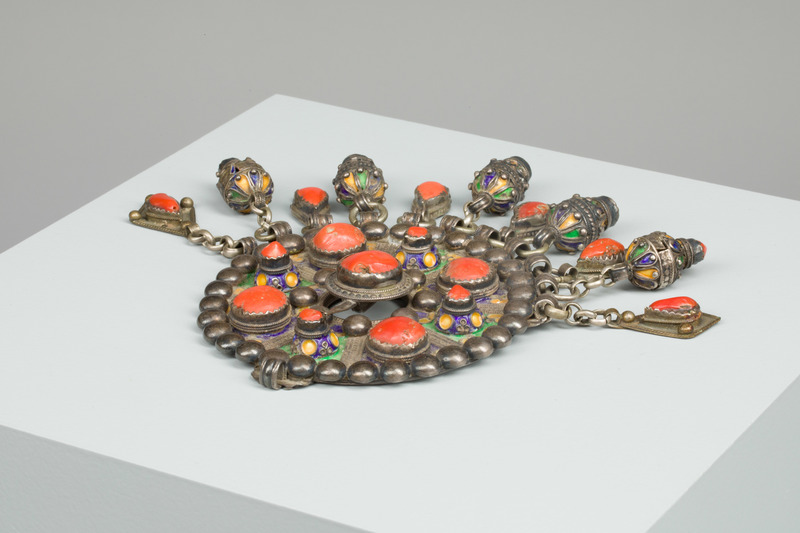 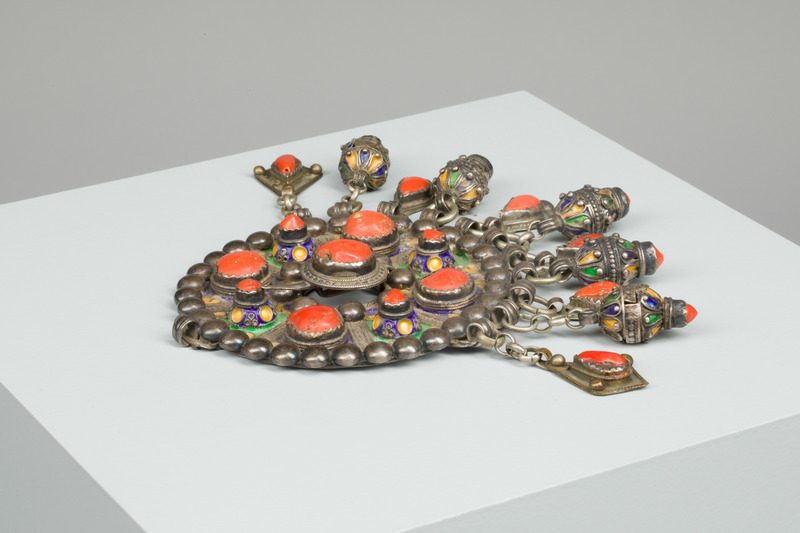 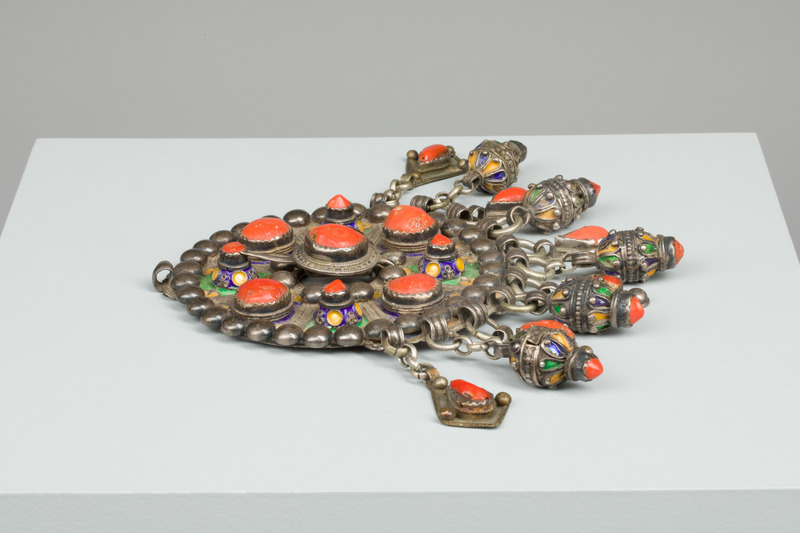 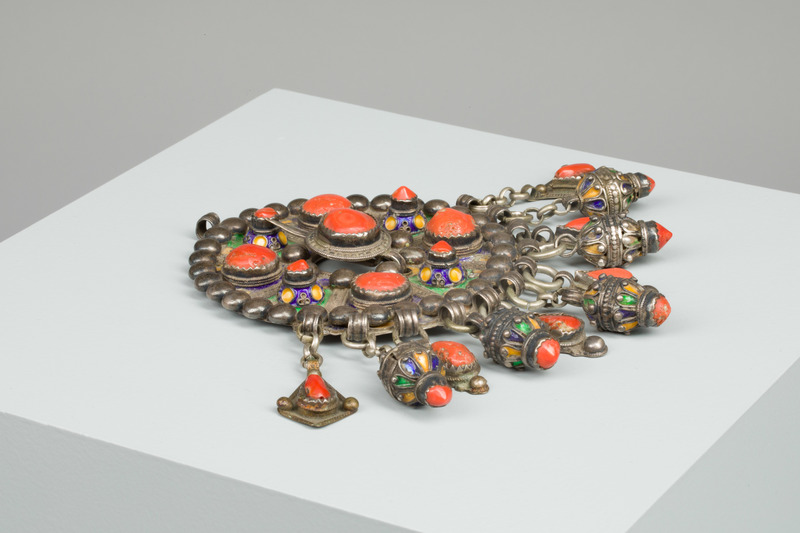 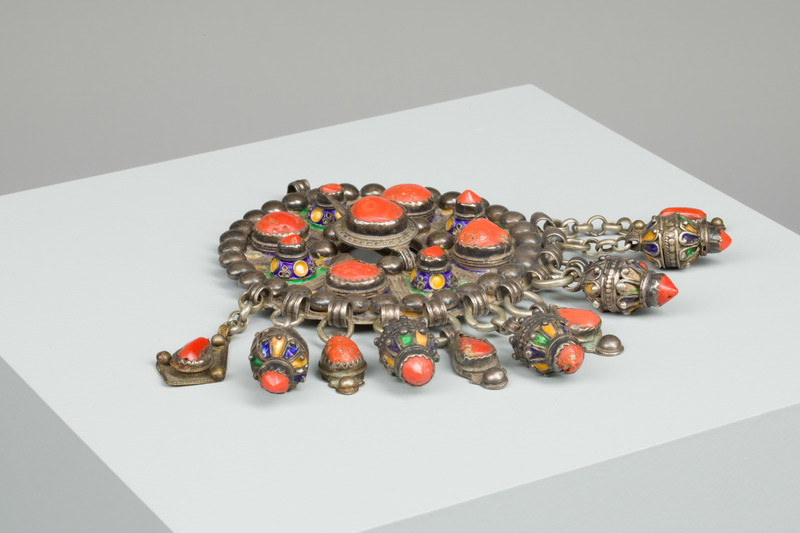 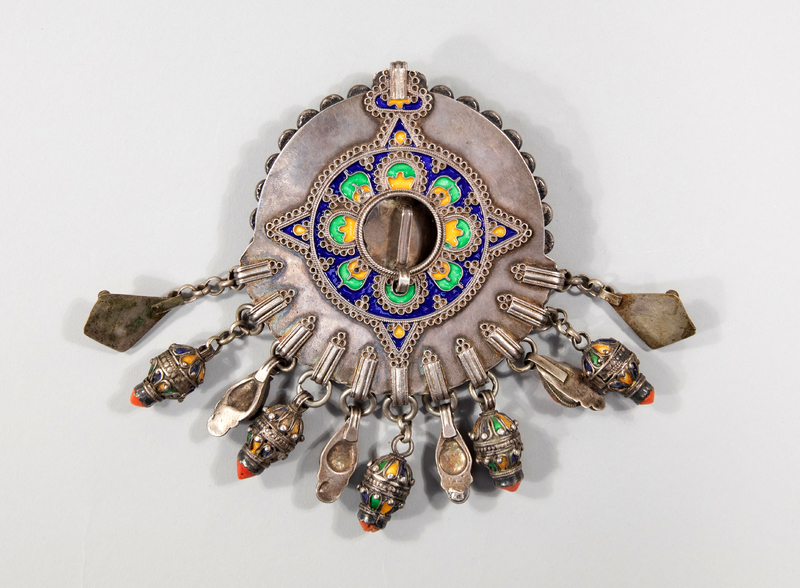 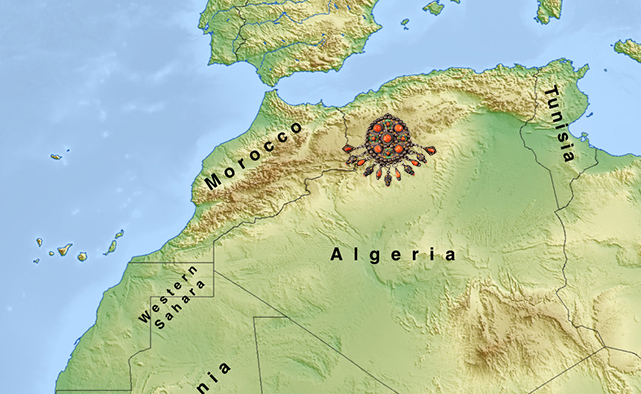 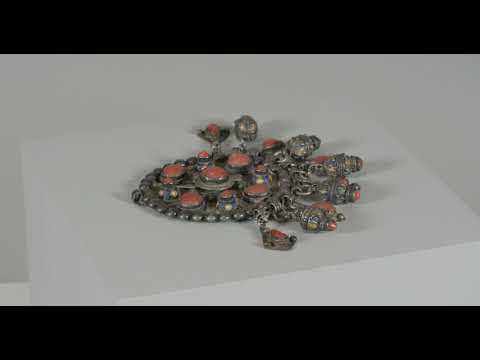