This small abstract disk-headed female figure is one of the most recognizable sculptures in African art. Typically the face of the figure is confined to the bottom half of the head, calling attention to the high and slightly flattened forehead, which is an Akan convention of beauty. The mouth is generally positioned at the very bottom, and coffee bean–shaped eyes are framed by arching eyebrows that connect at the bridge of the nose. The carved rings on the neck represent a healthy and, by extension, prosperous person. The markings on the face are medicinal scars intended to protect children from illness. Most figures are carved with breasts and are clearly intended to represent females, perhaps a reference to the origin legend of these carvings. The carver has incised the back of head with a geometric design.

The legend recounts the story of an Asante woman, Akua, who was barren but desperately wanted to have a child. She consulted a priest, who told her to have a carving of a small child commissioned and to treat it as if it was her baby. She did so, feeding, bathing, and carrying the wooden carving on her back. People in her village teased her, saying, “Look at Akua’ba (Akua’s child).” But Akua soon conceived and later gave birth to a beautiful girl. For generations Akan women have followed her example in hope of having successful pregnancies.

When a woman is having problems with conception or pregnancy, a diviner might suggest that she procure one of these carved figures and take it to the local shrine of the river god Tano. This deity is well known for the ability to help in conception and successful birth, and Tano shrines exist in the hundreds throughout the Akan region. At the shrine, the priest or priestess will conduct rituals to consecrate the figure, then return it to the woman, often in tandem with medicines for her to either drink or bathe in. She will also be instructed in certain prohibitions to be followed prior to conception and the birth. She will treat the figure as if it is a real child and feed, bathe, and carry it on her back.

What happens to the carving after a woman has had a successful pregnancy varies widely. A woman might return the figure to the priest, who will place it in the shrine as an offering to the river deity. Some women keep their figures and they become family heirlooms, appreciated for their beauty and recalling the memory of the woman who once owned it. Sometimes a woman might give the figure to a young girl as a plaything to prepare her for proper child care.

Nadhir Muntaka is a Ghanaian, a part-time professor, an IT Specialist at Penn State. He speaks about akua'ba figures in this interview with Elyan Hill. Filmed by Cody Goddard. Visit African Voices for more interviews about objects in the exhibition.

Grace Hampton is professor emerita of Art, Art Education and Integrative Arts and former vice provost and senior faculty mentor at Penn State. She currently serves as the interim head of the School of Visual Arts at Penn State. She speaks about akua'ba figures in this interview by Elyan Hill. Filmed by Cody Goddard. Visit African Voices for more interviews about objects in the exhibition. 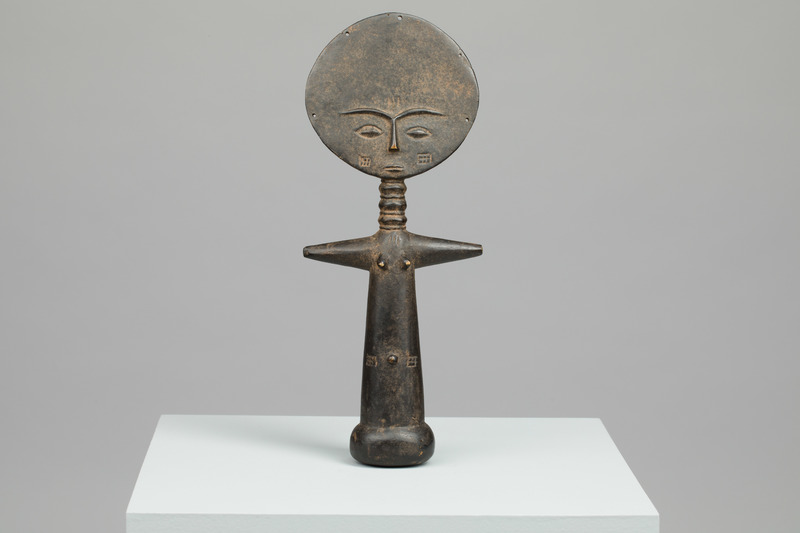 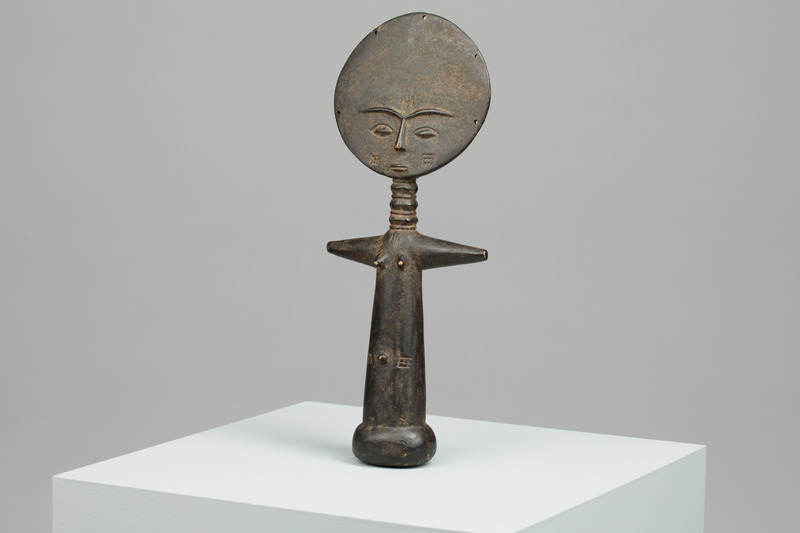 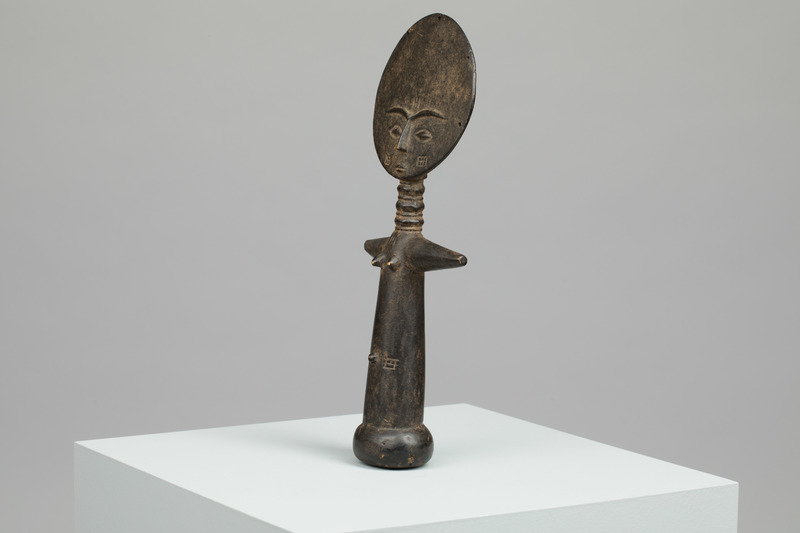 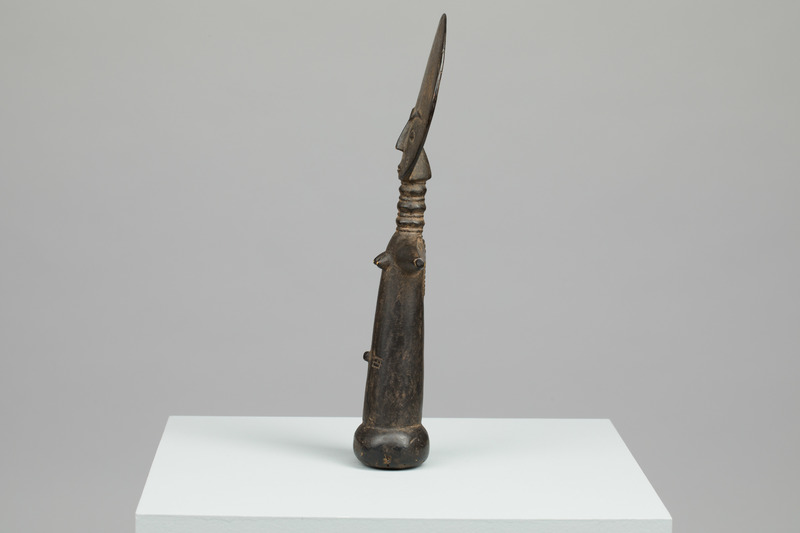 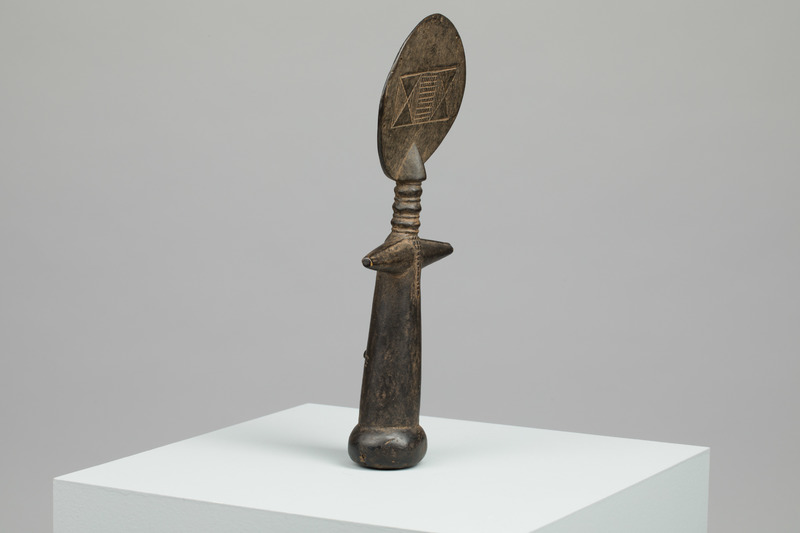 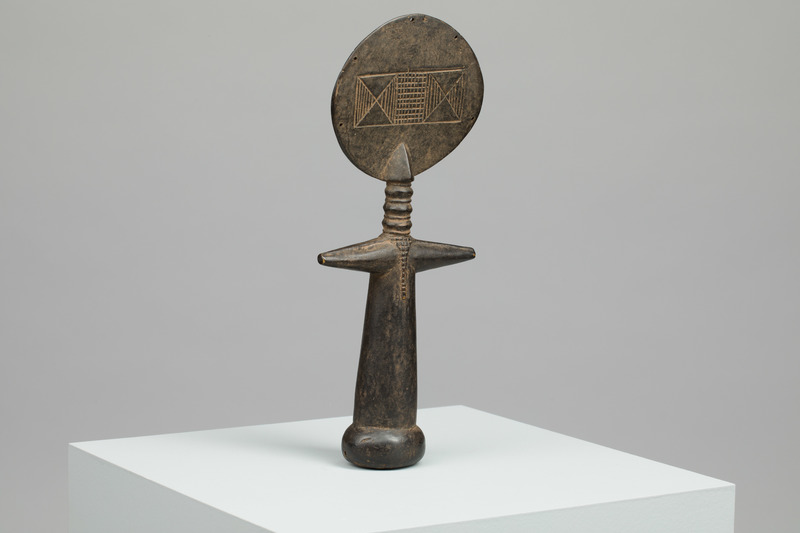 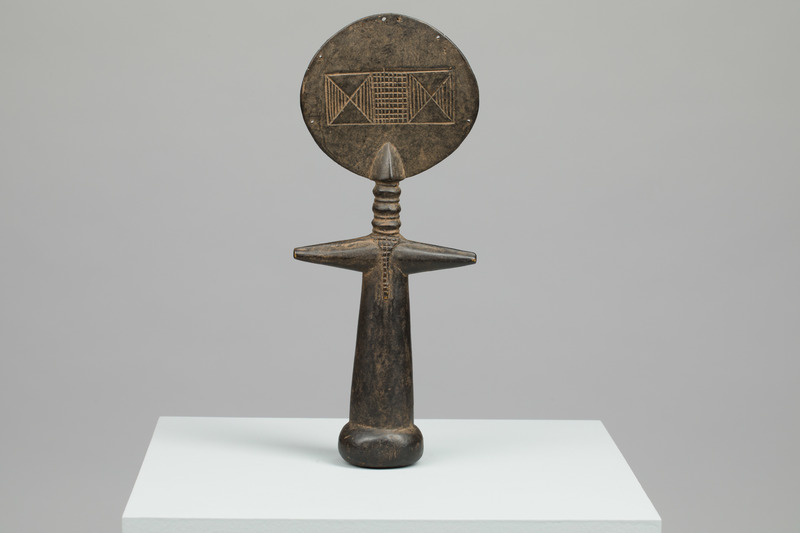 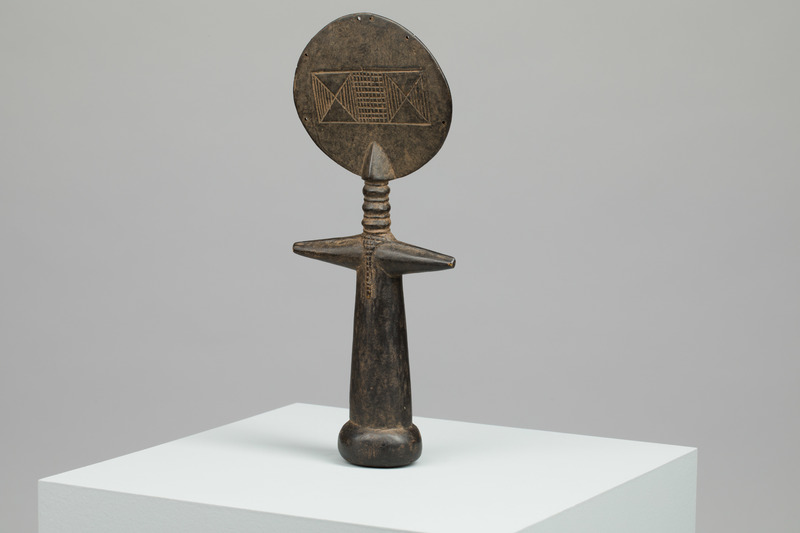 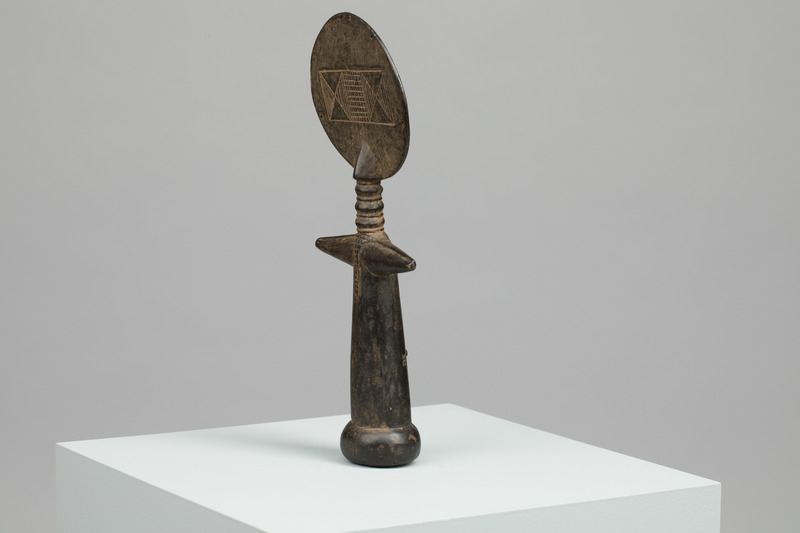 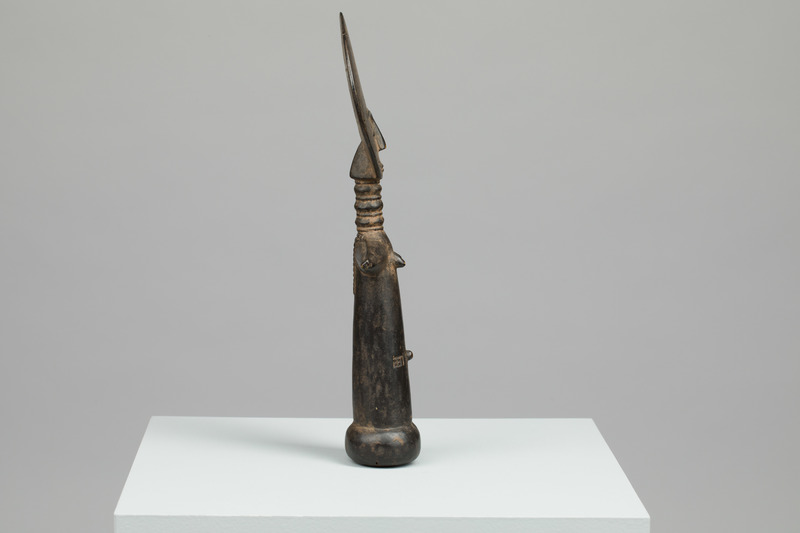 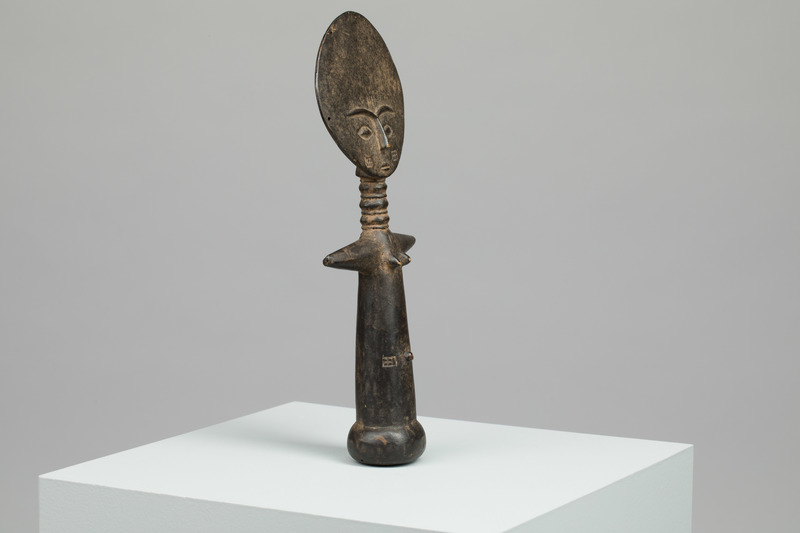 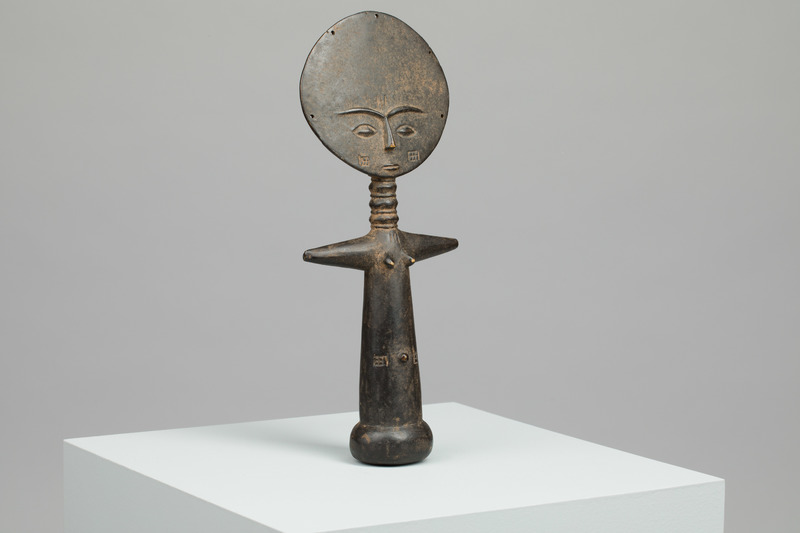 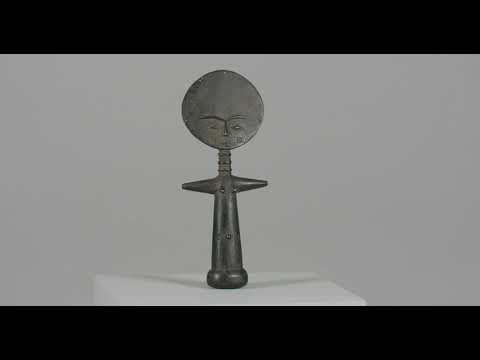