The Dogon migrated into the Bandiagara escarpment throughout the 15th and 16th centuries. Their oral traditions trace their origins to the Mande heartland to the southwest, while linguistic and cultural evidence points to an origin in the east in neighboring Burkina Faso. Both may be correct as there may have been multiple migrations into the escarpment by groups seeking protection. Prior to the 20th century, many Dogon established their villages on the rocky bluffs of the escarpment which were difficult to access by raiding parties of Mossi and Fulani cavalries. In the early 20th century, after the French had established control over the area, many Dogon moved their villages to the Seno plains at the base of the escarpment.

The granaries are narrow, four-sided, rectangular mud-brick structures with circular thatched roofs and a single small shuttered window placed midway up the structure. The shutter is made of two planks of wood joined by iron clamps. Projecting pivots at the top and bottom of the shutter are set into the sill and lintel, allowing the shutter to swing open and shut. It is carved with multiple rows of abstract figures representing the nommo, the primordial ancestors, who impart their spiritual power to protect the family’s precious harvest. There is an uncarved area on the left-hand plank midway that might have once accommodated a lock.

Door locks are used to secure shutters on the granaries, on chicken coops, and on houses. The locks are of two general types: those that are attached directly to the door or shutter and those that are attached to posts on the inside of the door or shutter frame. The door lock is composed of three elements: the vertical beam; the crossbeam, which slides back and forth in a cut-out rectangle on the back of the vertical beam; and the key. The locking mechanism consists of metal prongs suspended from a shelf in the back of the vertical beam that fall into matching holes in the top of the horizontal beam. This lock is carved with symbolic representations of the Dogon creation myth: a lizard flanked by two abstract ancestor figures, the nommo.

The Dogon and their art and culture have attracted researchers since the early 1930s and their art and architecture has been the subject of numerous books, museum exhibitions, and films. The Bandiagara escarpment and the Dogon villages have also been one of Mali’s most important international tourism sites. In 1989, the escarpment with its Dogon villages were inscribed on the UNESCO World Heritage List.

Ezra, Kate. 1988. Art of the Dogon: Selections from the Lester Wunderman Collection. New York: The Metropolitan Museum of Art. 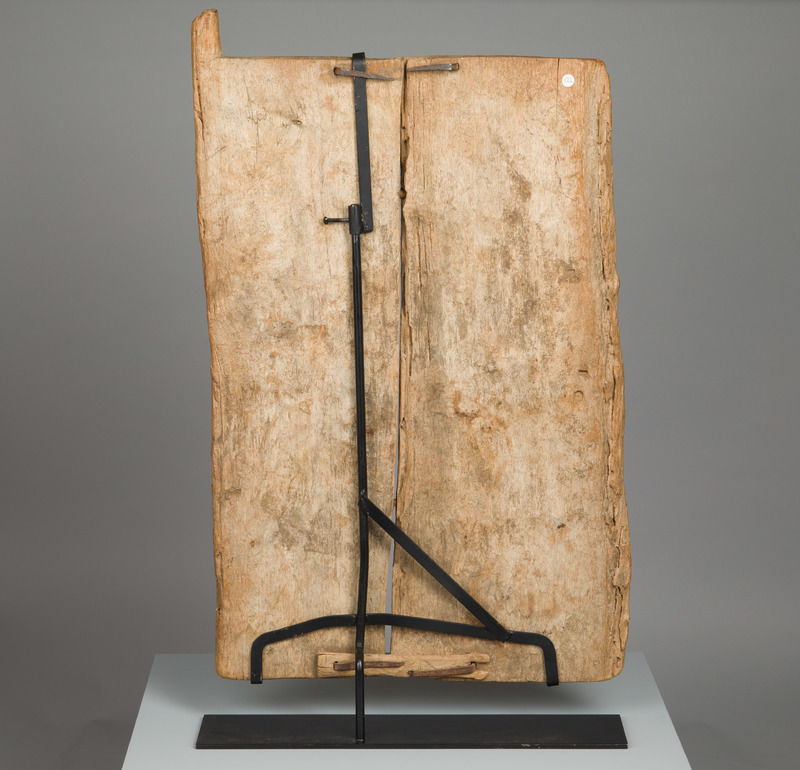 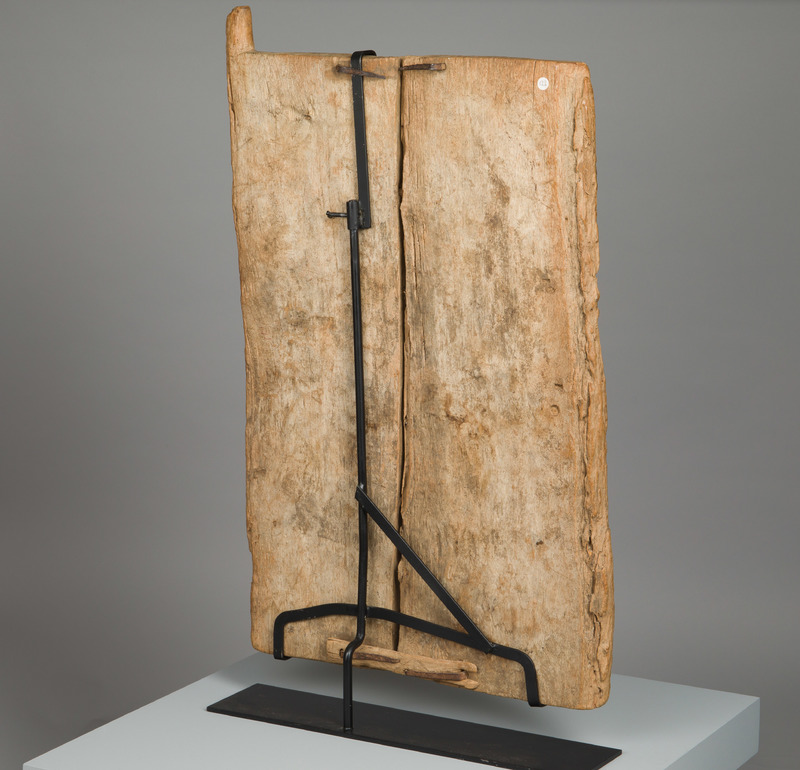 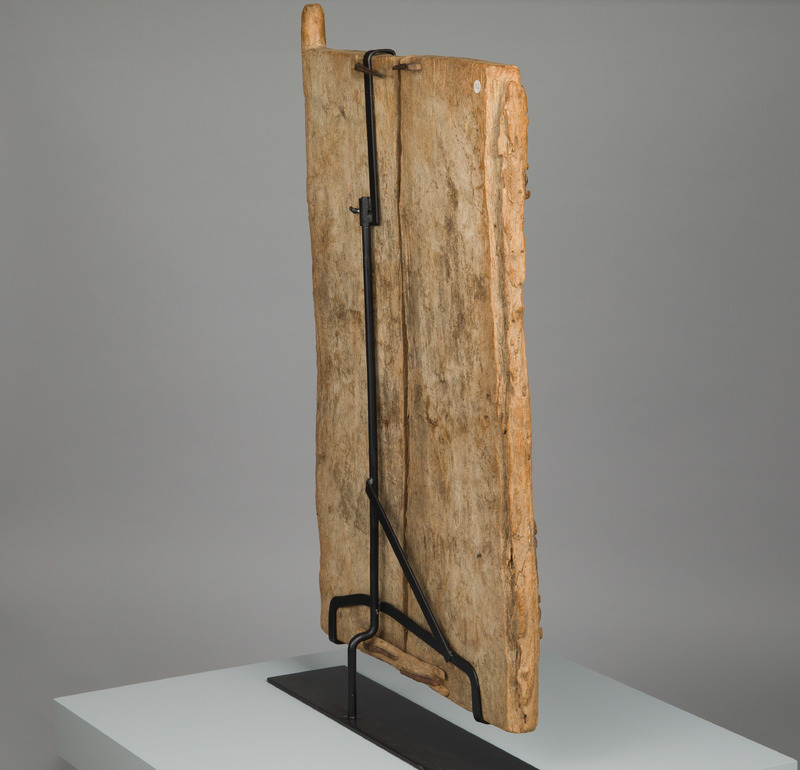 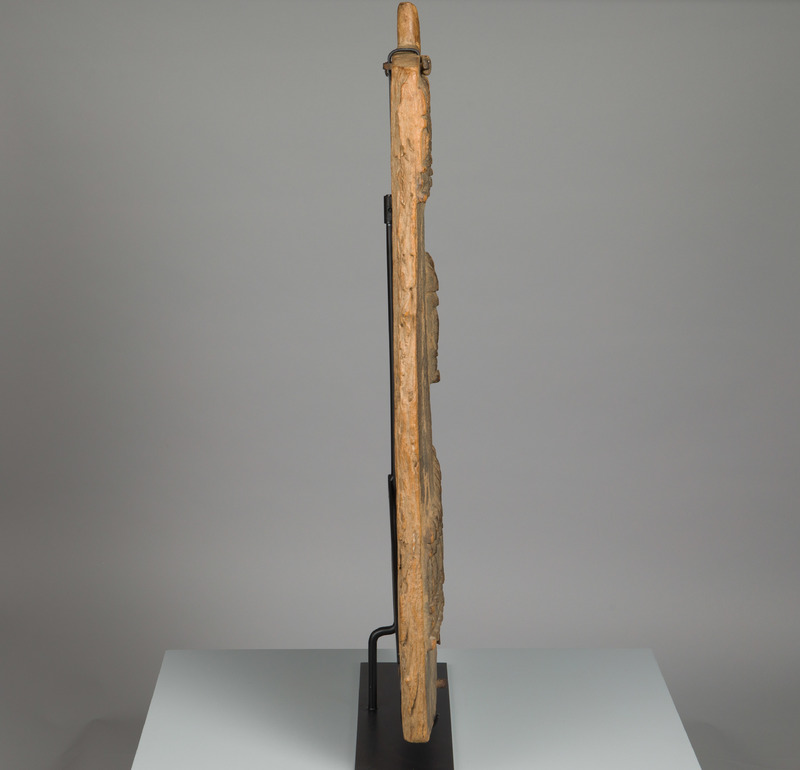 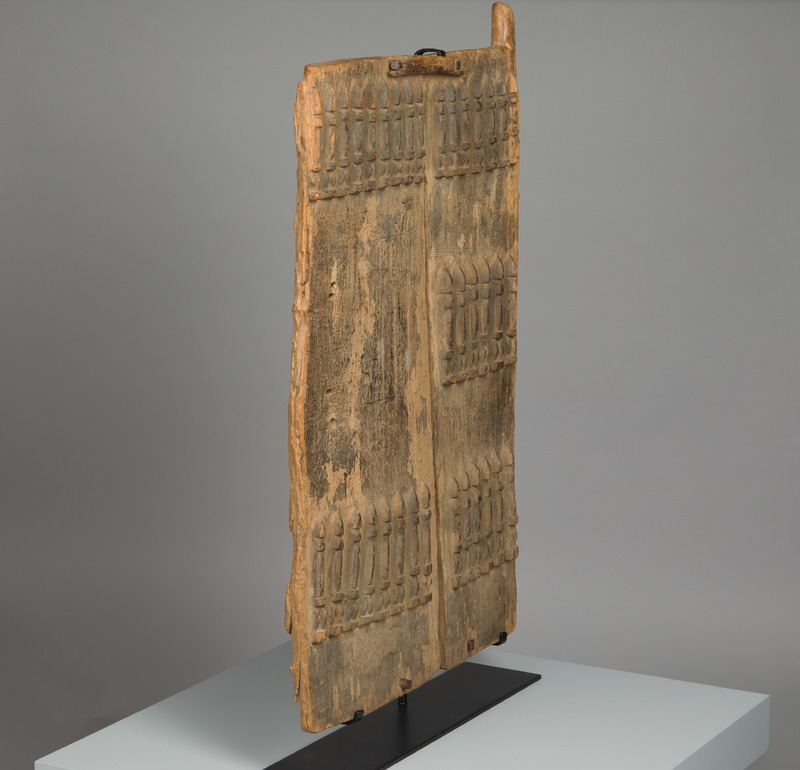 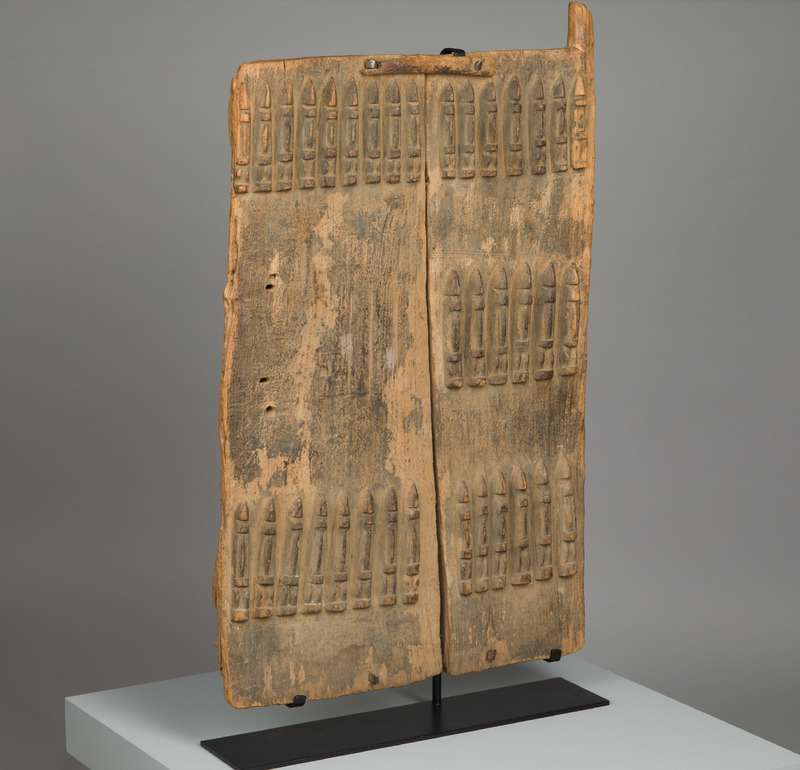 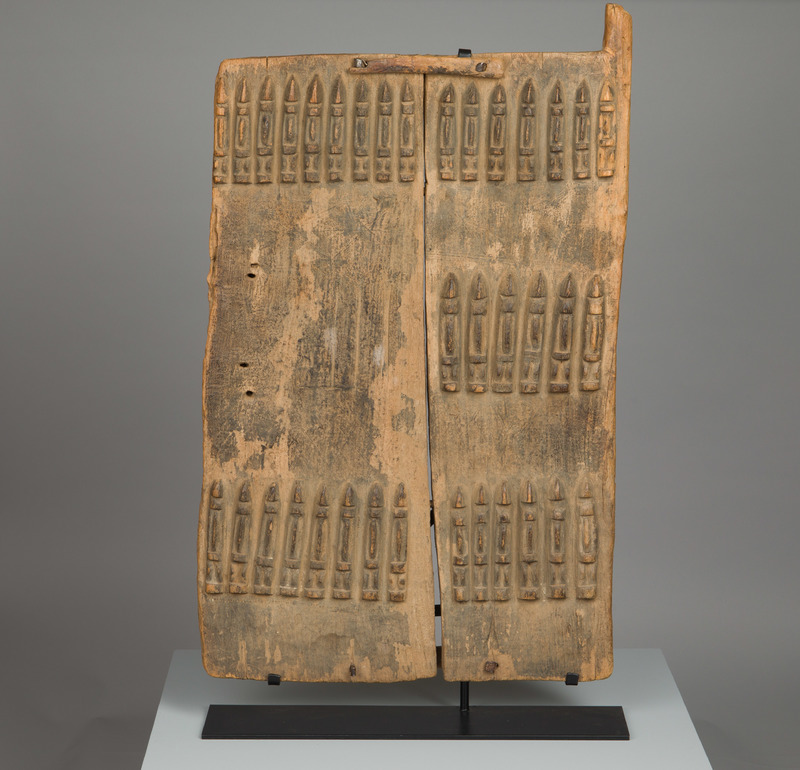 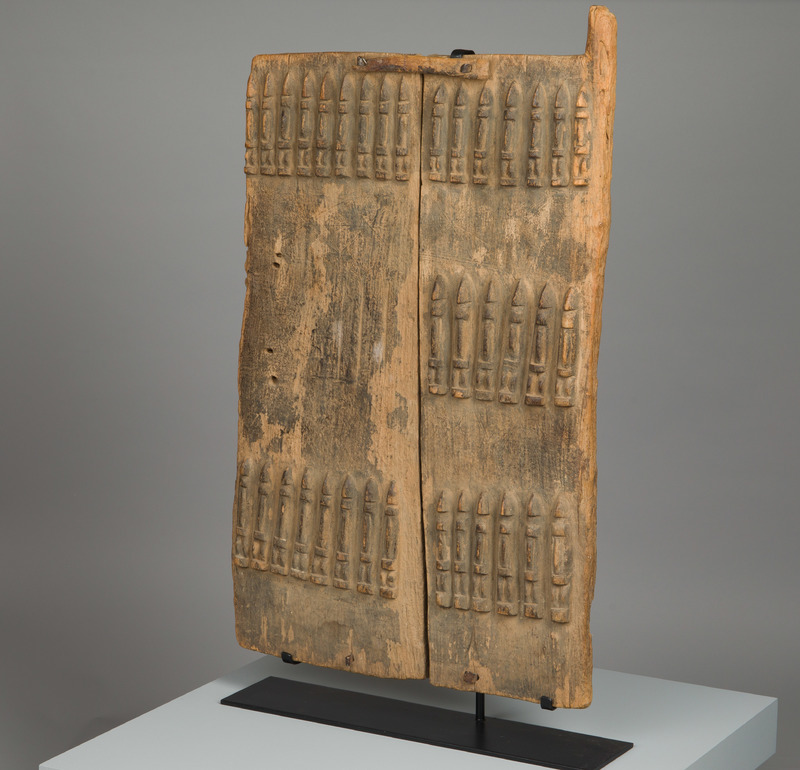 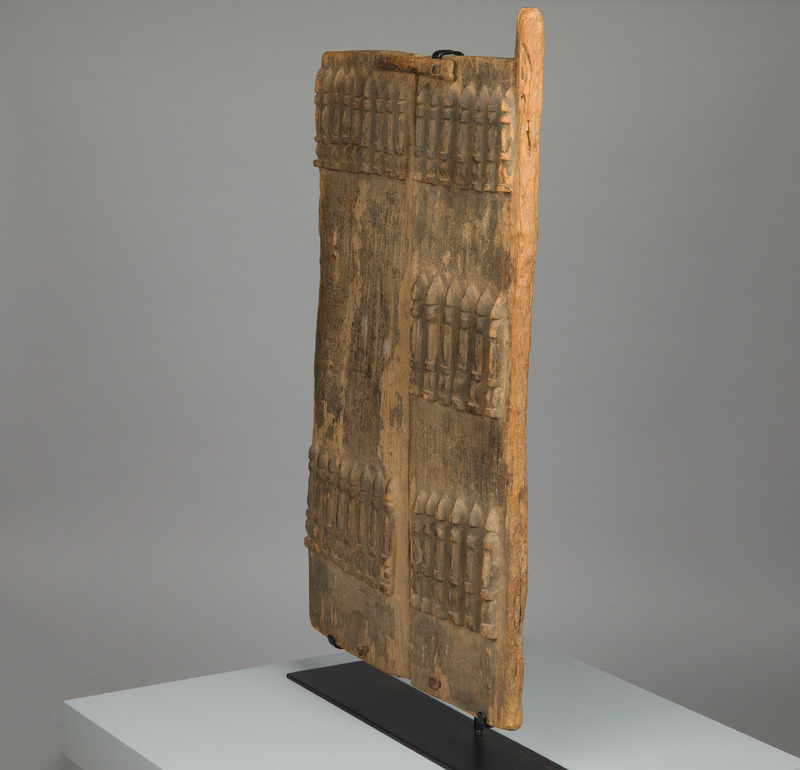 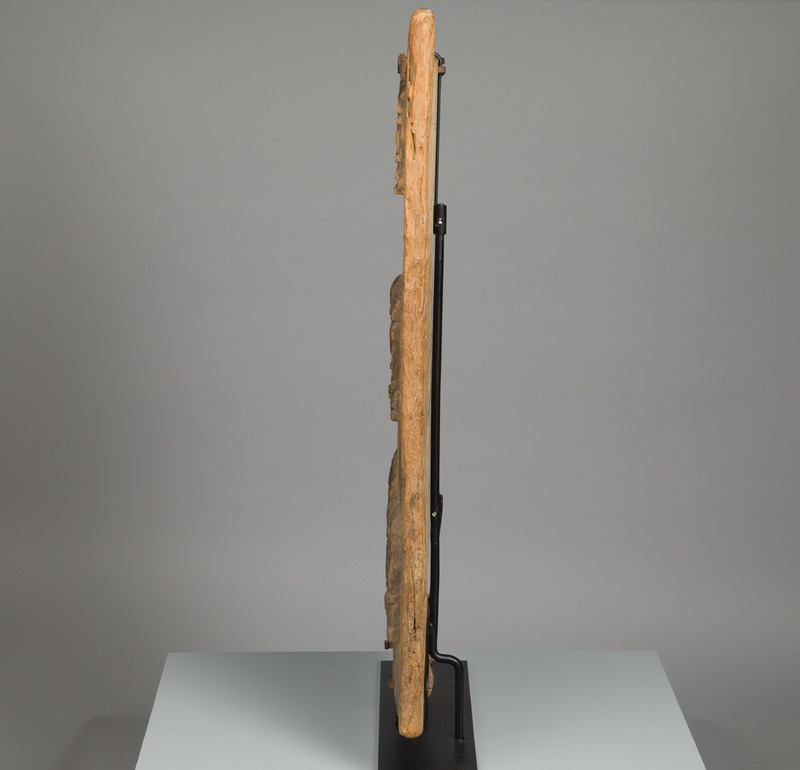 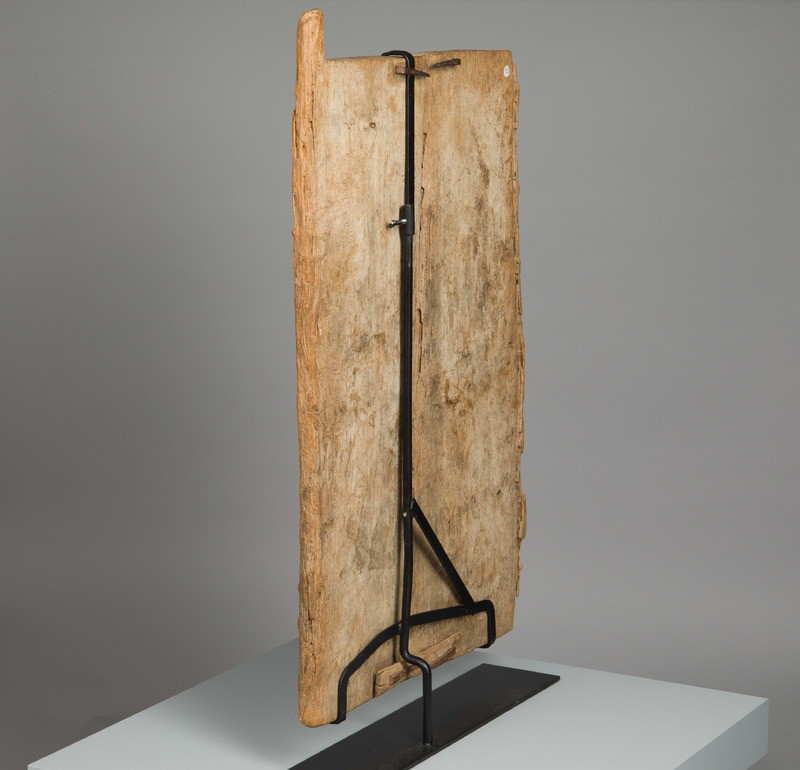 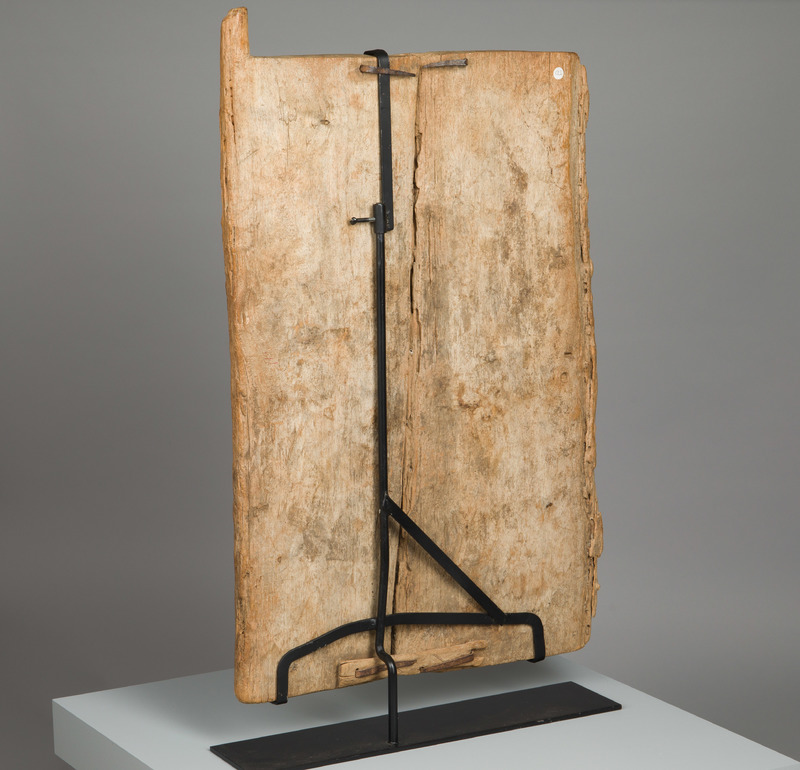 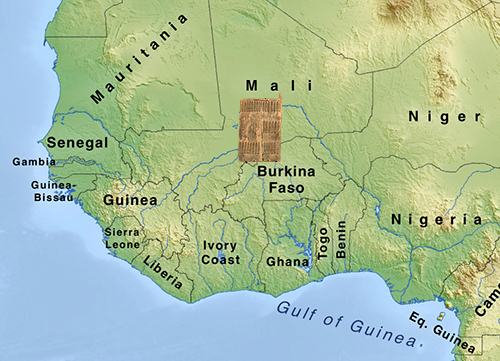 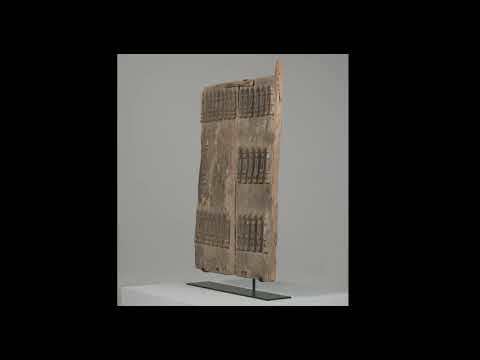 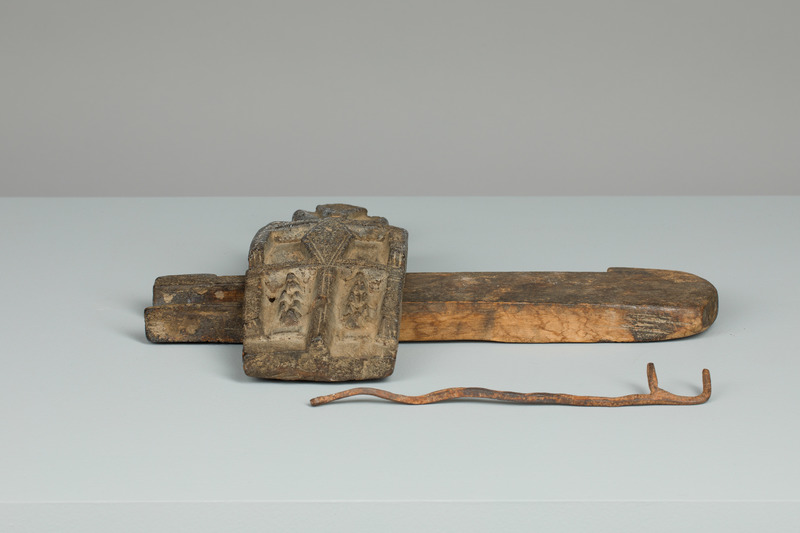 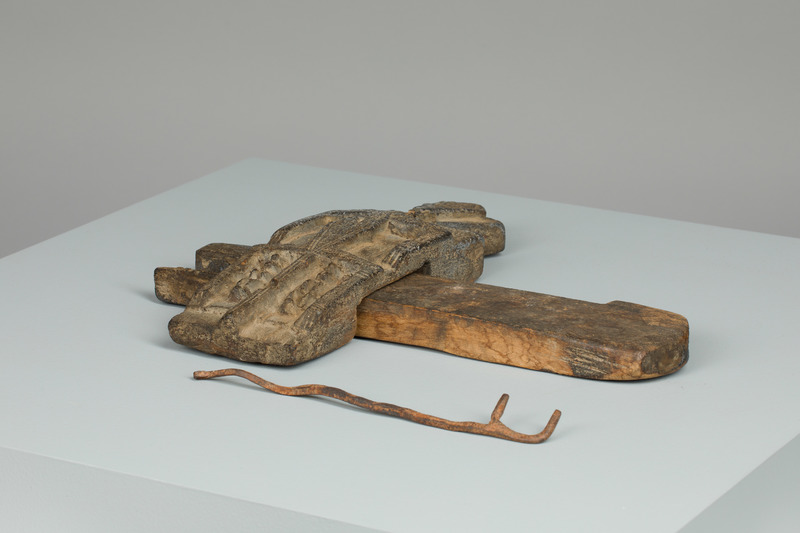 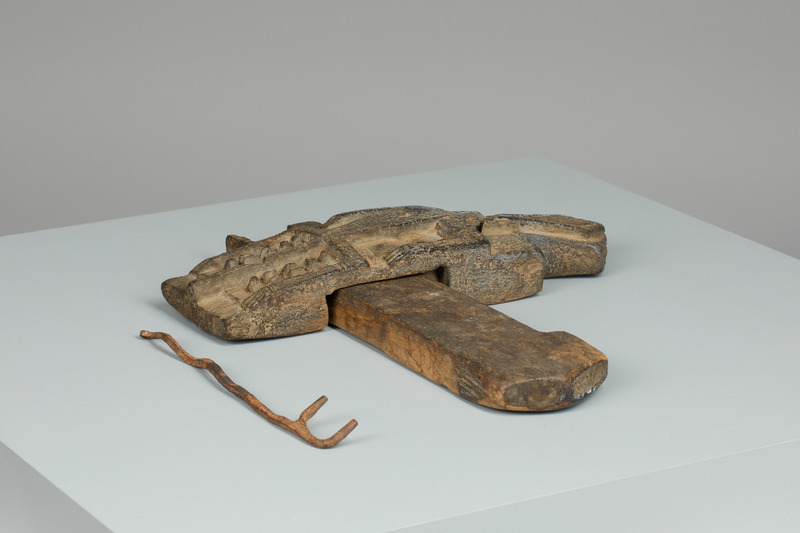 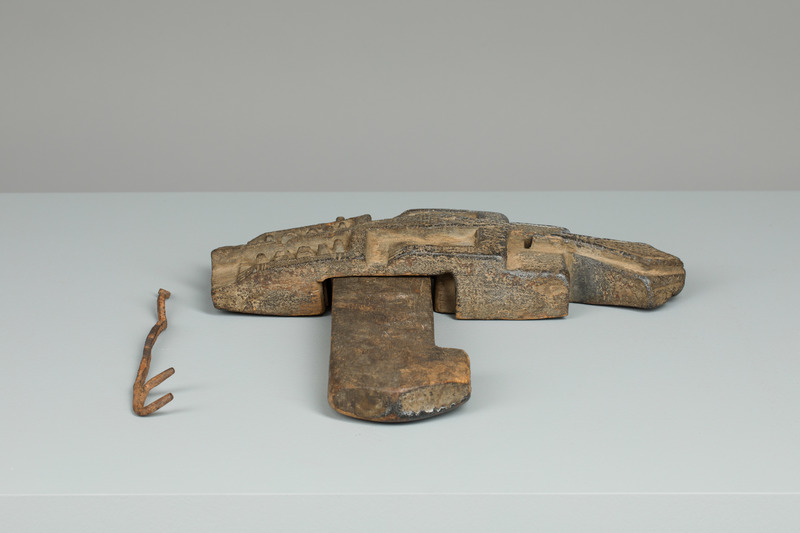 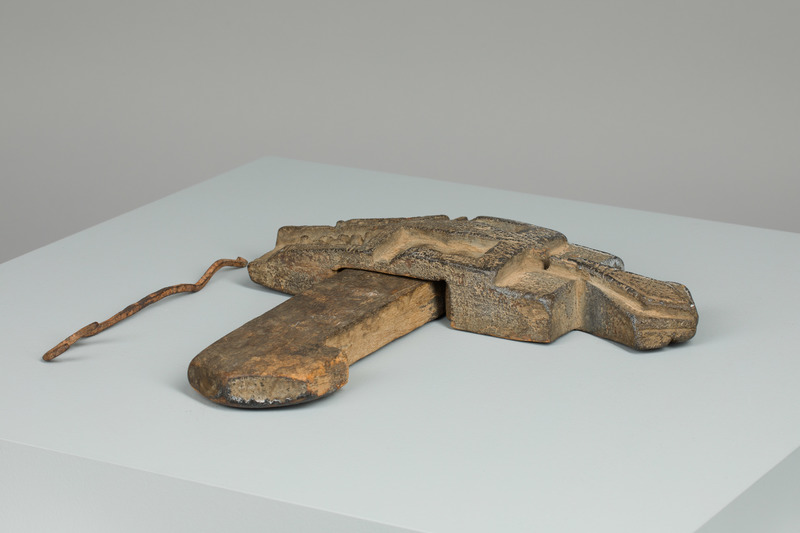 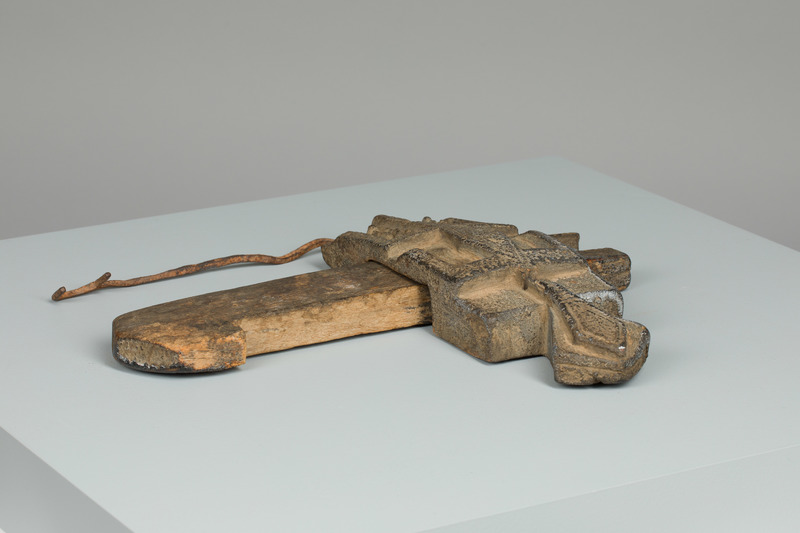 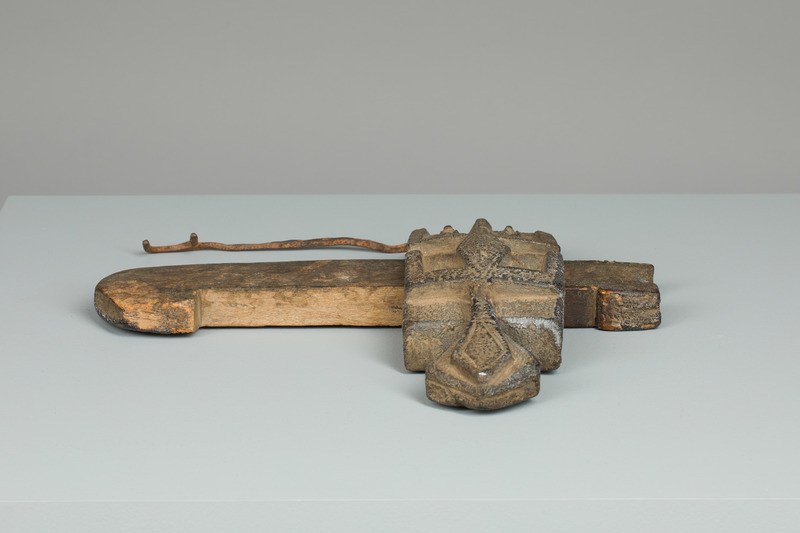 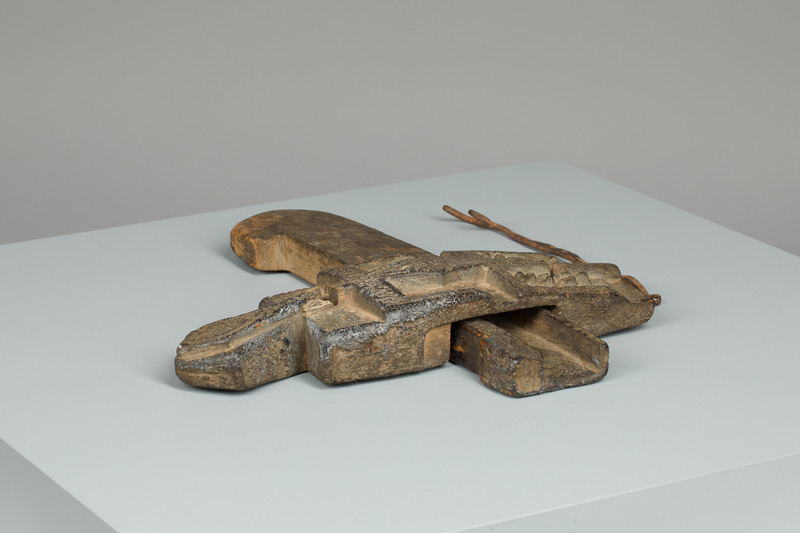 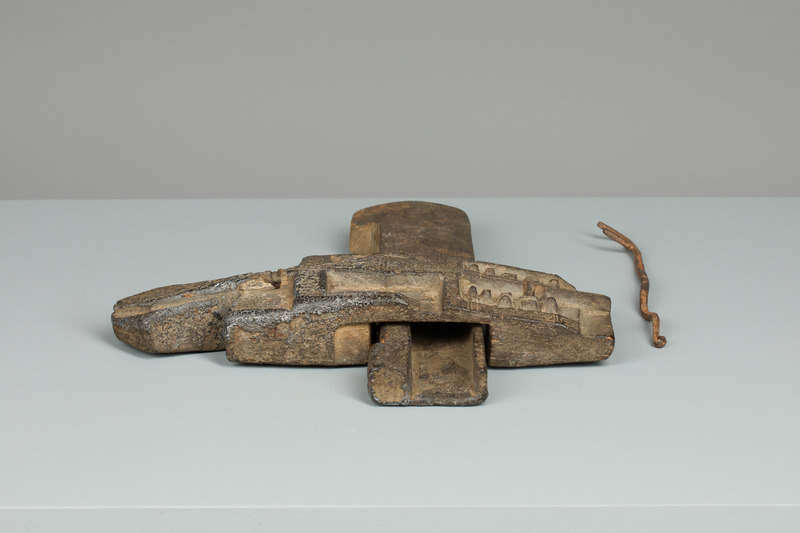 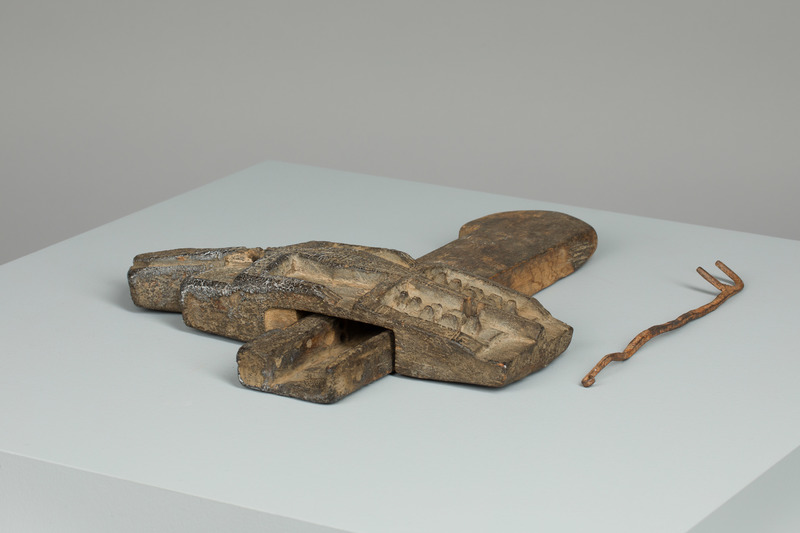 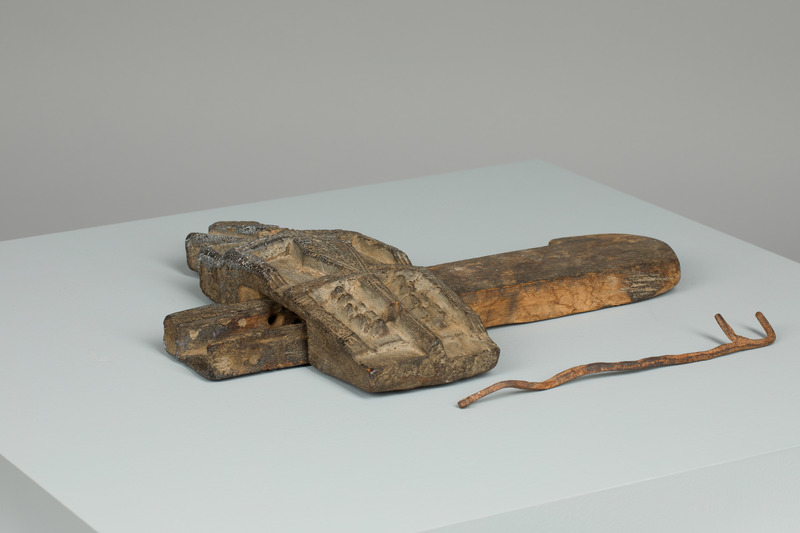 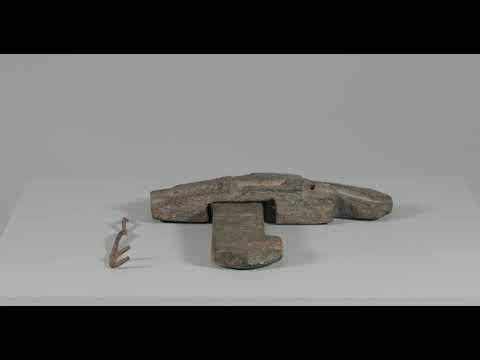