For the Dogon of Mali, all the elements of the performer’s ensemble—headpiece (seen here), costume, and accoutrements—are equally important. It is the performance, the ritual, the energy, and the visual experience created by the movement and appearance of those elements in combination that is most valued when they appear in the dama, a ritual mask festival performed at important ceremonies and occasions, especially funerals. In this motion and display, their goal is to “transport the souls of deceased family members away from the village and . . . enhance the prestige of the deceased and his descendants” (Ezra 1988, 69). As they enter the performance arena, masqueraders represent a “‘fusions of worlds,’ a mix of the human and the animal world, the village plus the bush . . . a ritual way to generate life out of death” for their audience and community (Van Beek 2018, 10).

Also referred to as a croix de Lorraine for its tall, double-barred cross-like representation of antelope horns, the kanaga, with its graphic white-and-black wooden superstructure, has recently been dubbed “the icon of Dogon masquerades” (Van Beek 2018, 4). It is frequently depicted on brochures that beckon tourists to the historic and spiritual escarpments of Dogon country, now one of Mali’s major tourist attractions. The kanaga was also featured on Mali banknotes, an early version of the country’s flag, and stylized as an ideogram on postage stamps.

Young Dogon masqueraders are free to select their own type of mask to produce and perform, and the kanaga is one of the most popular choices. The more “showy” kanaga masks cavort, jump, and twirl on the stage in small groups. They contort and bend to sweep their “horns” along the ground to stir up clouds of dust in a dance that allows the performers to “prove themselves real sagatara, strong young men, which is why this mask is so popular” (Van Beek 2018, 4). Among the suite of other options available are several masks that require great talent and skill to maneuver: the tiû tree mask, a five-meter-high headpiece that becomes part of a “small walking thicket of trees—a dancing forest,” and the tingetange, which represents water birds and is danced on stilts, “stepping daintily along the crowd” of onlookers (Van Beek 2018, 4). A mask representing a hare plays out part of an engaging hunting scene, often with an elder playing the part of the hunter, and a gazelle masquerader exhibits speed and agility in his performance (Van Beek 2018, 4–5).

In his early twentieth century research as one of the pioneer scholars of Dogon art and culture, Marcel Griaule was first told that for the uninitiated audience the kanaga mask represents a bird with white wings and a black forehead (Griaule 1938, 470, as referenced in Ezra 1988, 69). In later years he gained a deeper understanding of Dogon creation mythologies and their more complex interpretations in art, masquerades, and ceremonies. He learned that the kanaga mask “apparently pertains both to God, the crossbars being his arms and legs, and to the arrangement of the universe, with the upper crossbar representing the sky and the lower one the earth” (Griaule 1951, 17, as referenced in Ezra 1988, 69).

Ezra, Kate. 1988. Art of the Dogon: Selections from the Lester Wunderman Collection. New York: The Metropolitan Museum of Art. 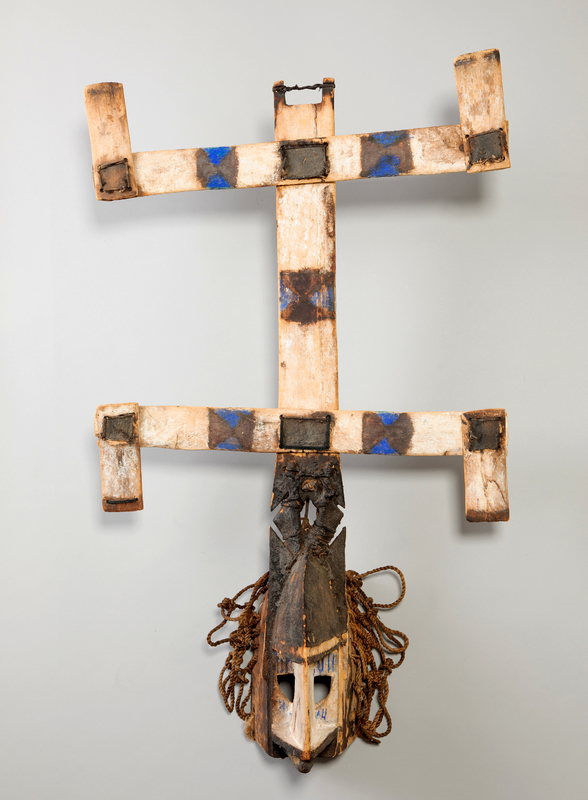 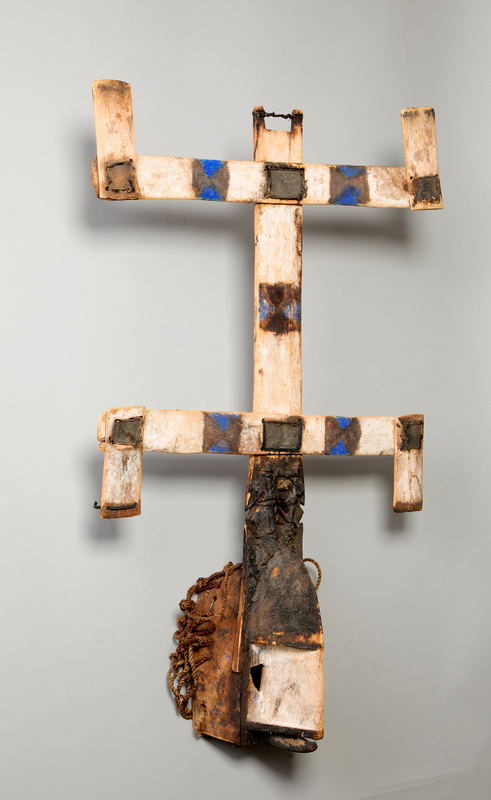 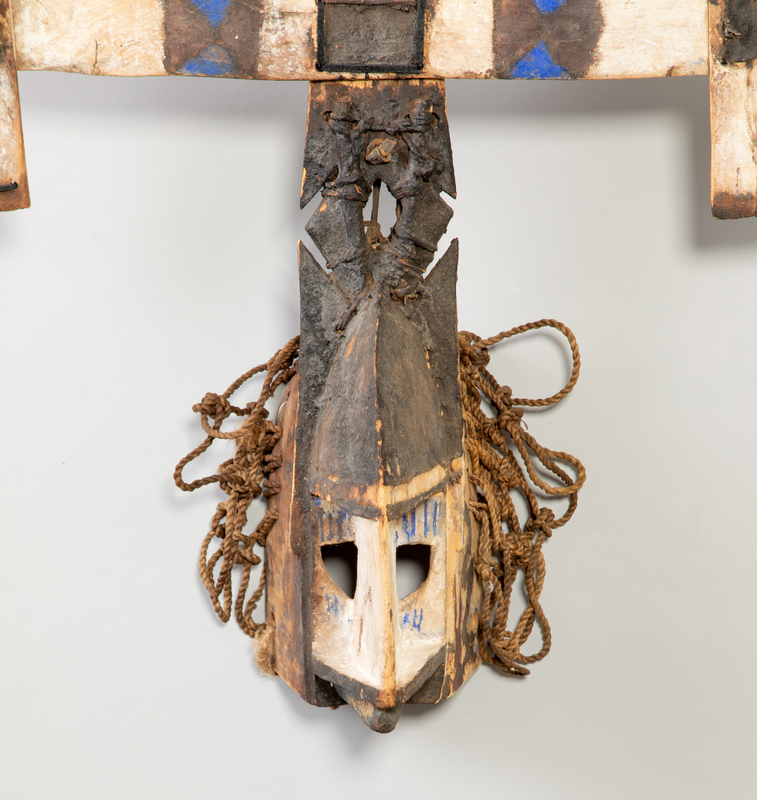 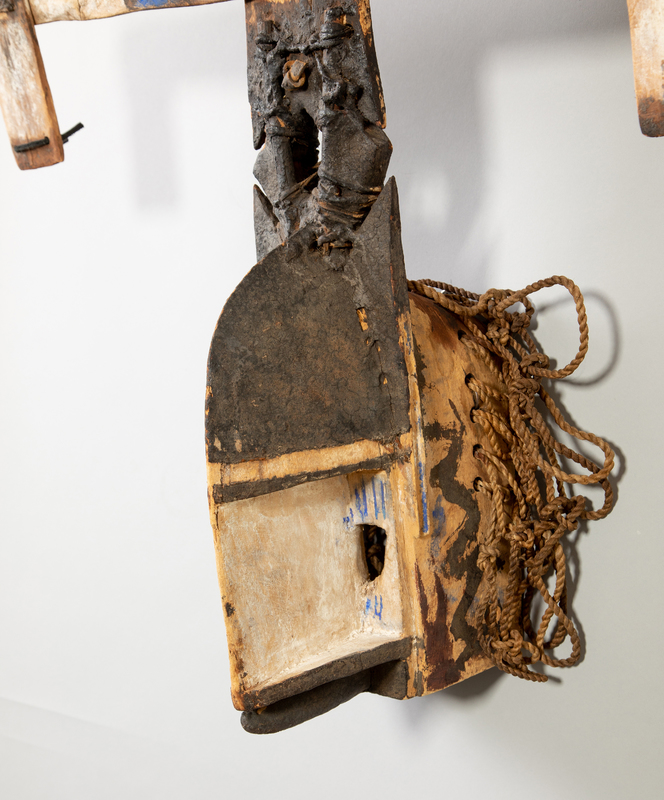 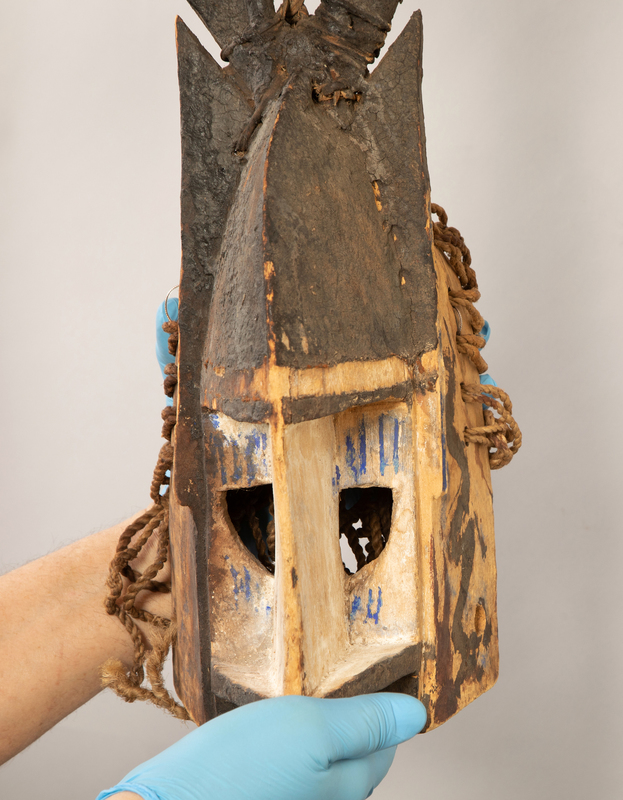 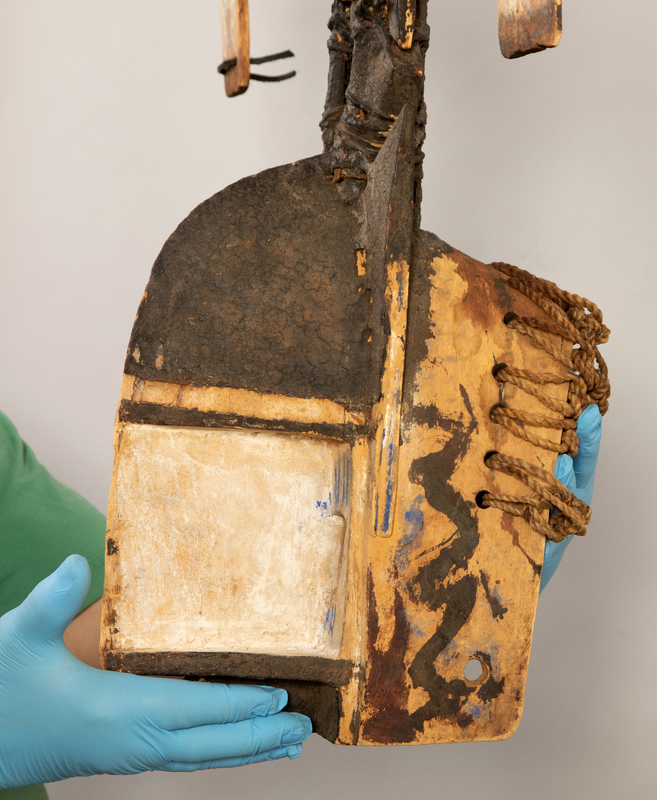 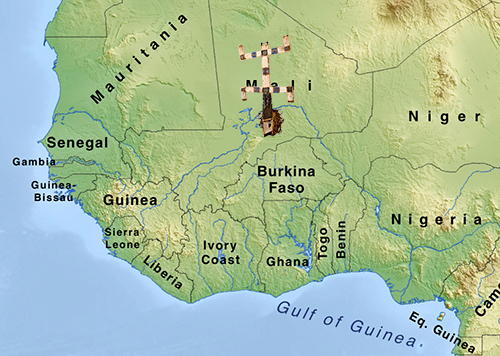