This mask represents a large female koba antelope. As is true throughout Burkina Faso, such masks represent protective spirits from the bush, or wilderness, that are associated with the spirits of the ancestors. The spirits can take various human or animal forms (Roy 1985, 39). Several groups in Burkina Faso use masks decorated with red, white, and black geometric designs, but the Nuna people (sometimes known as Nunuma), who live to the west of the Black Volta River, seem to be the inventor of this particular type of mask, with its characteristic concentric circle eyes. Neighboring groups sometimes purchase masks from the Nuna, so such a mask has also been documented among such peoples as the Bwa (Roy 1992, 39, Roy 1987, 267; Roy and Wheelock 2007, 398, plate 75; 412, plate 146). The masquerader wears a colorful fiber costume (colored with imported dyes) and dances in a most vigorous manner, imitating the gestures of the antelope while holding two sticks to imitate the forelegs (Roy 1987, 207).

The masks are worn only by men, as they declare that they are the ones who interact with the spirits in the bush as hunters and when clearing agricultural fields. They are worn over the face, with the performer looking out through the antelope’s mouth. The masks’ colors were traditionally made from lizard excrement for white, ground hematite for red, and charcoal or boiled Acacia seedpods for black (Roy 1987, 40). Imported paints are now sometimes used. For the uninitiated and newly initiated, “masks represent the spirits of the bush who act as intermediaries between the creator God and mankind. On the most esoteric level, open only to the oldest male initiates, the masks and its geometric signs are visible reminders of the social, political, economic and religious order of the community” (Roy 1987, 233).

Masks perform during the dry season from October to May and have a number of functions. They appear to provide entertainment at market days, and in May perform village purifications to expel malevolent forces. Every three to five years, the masks are used in the initiations of preteen boys into the secrets of mask use and their meanings. The boys also learn what their duties and responsibilities as adults will be. The most important appearance of the masks is at funerals. Men and women who have died during the year are honored with mask performances during the dry season. The more descendants the deceased has, the more elaborate the funeral is and the more masks appear. The masks bring blessing for the living and ensure the safe passage of the soul of the deceased to the land of the ancestors (Roy 1987, 218–34).

Masks await their turn to perform, 1984.

The antelope and bush buffalo masks. 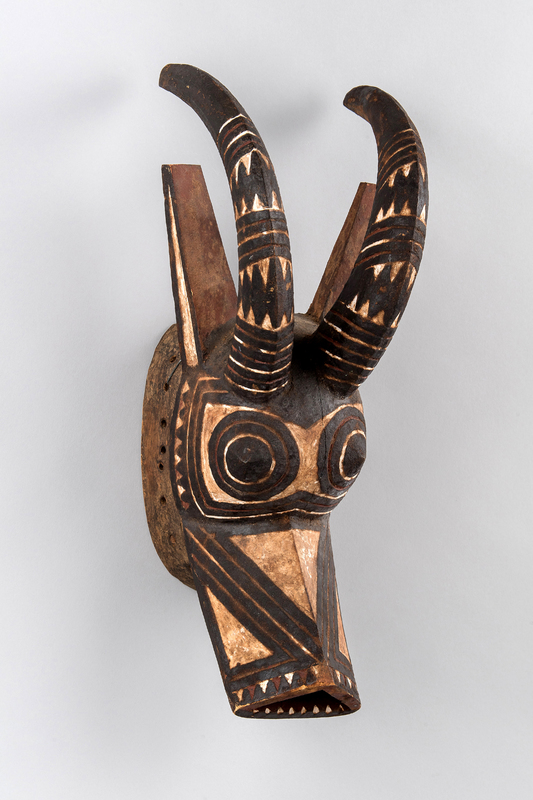 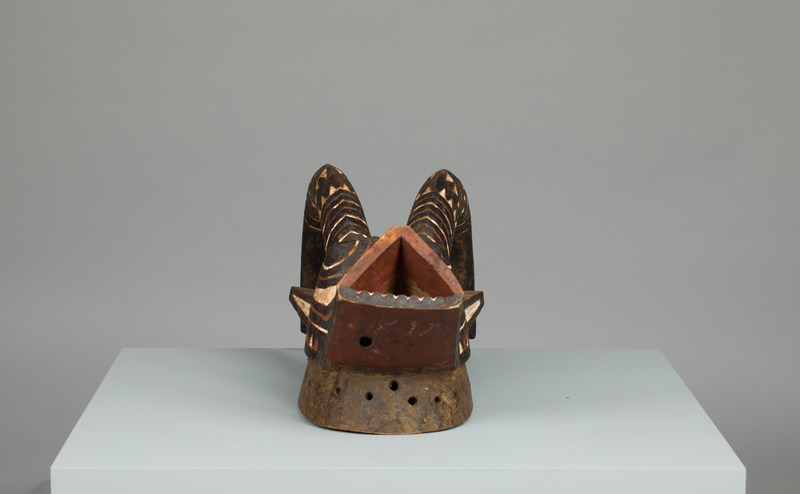 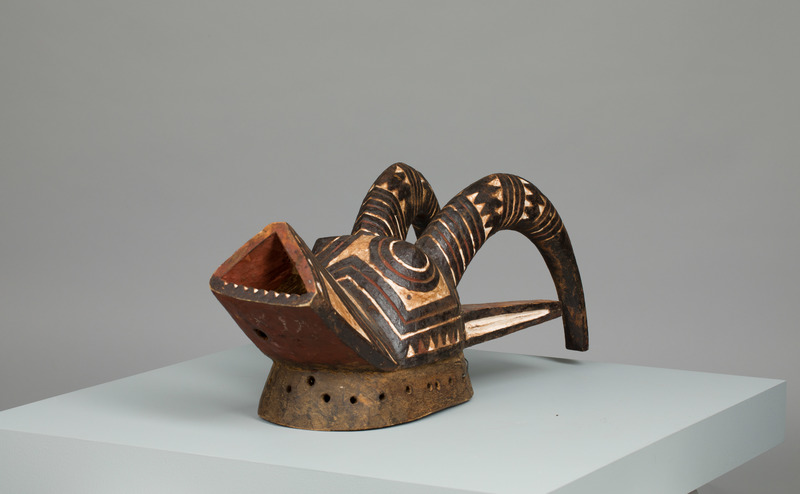 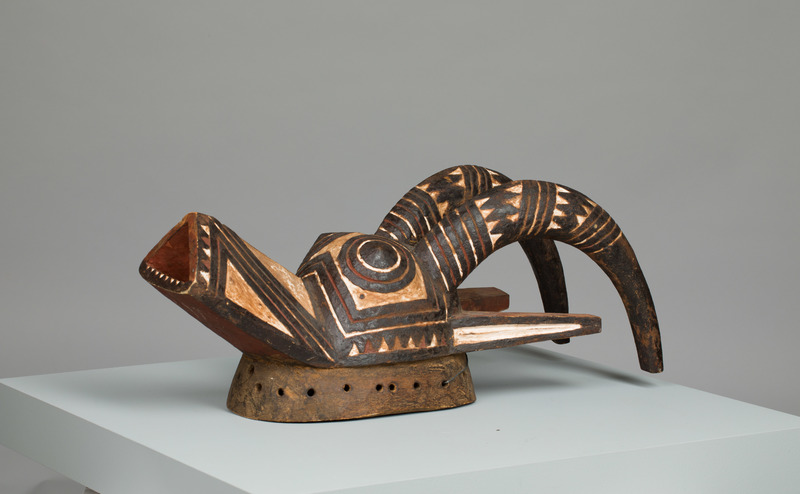 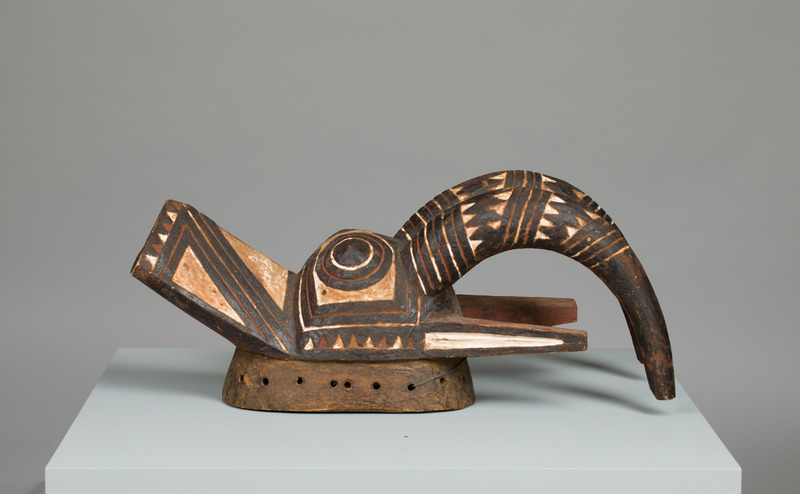 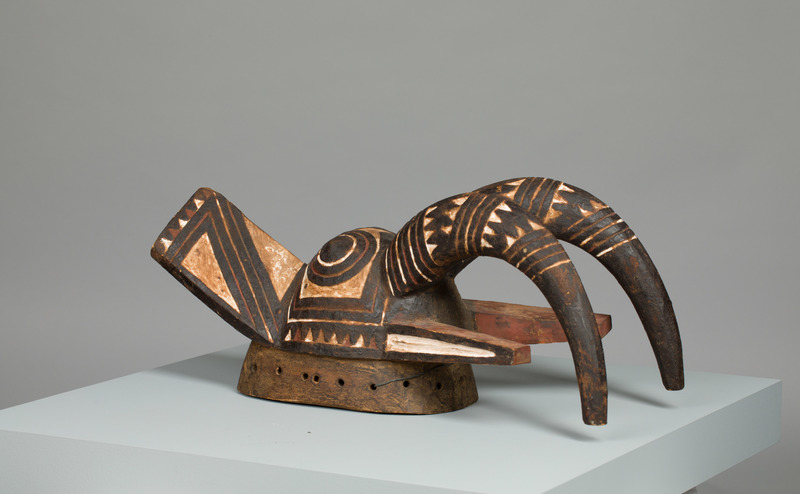 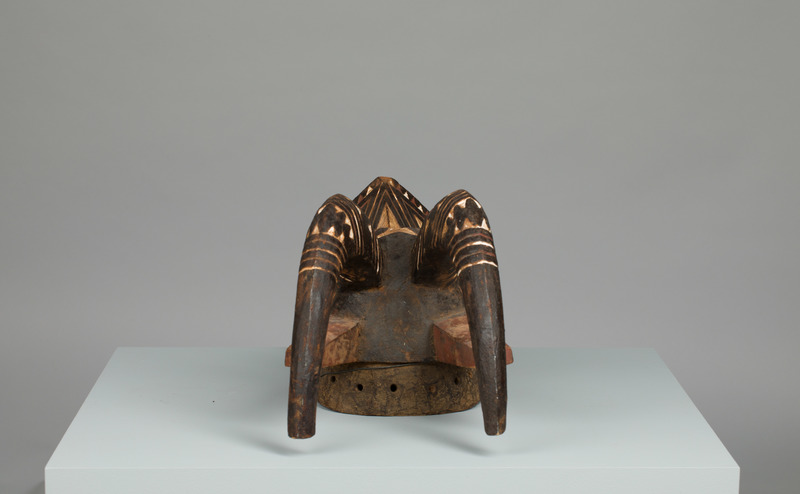 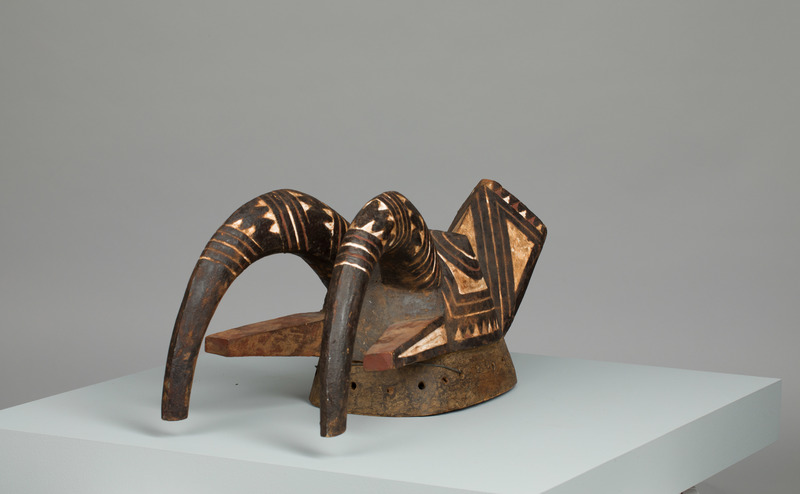 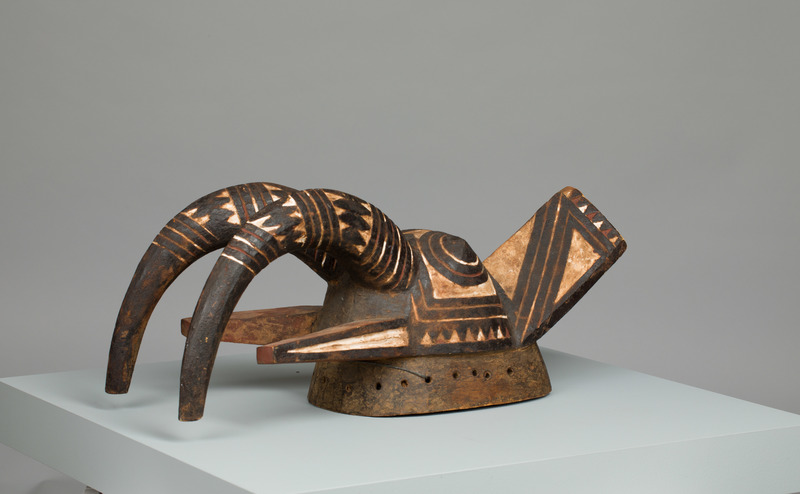 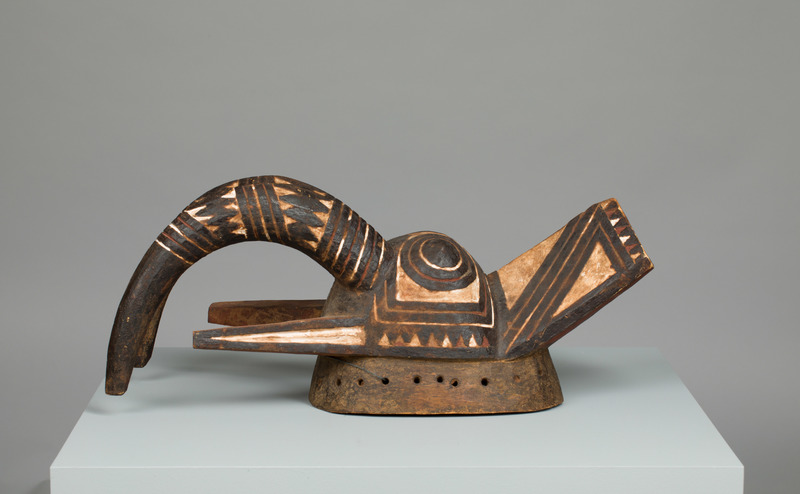 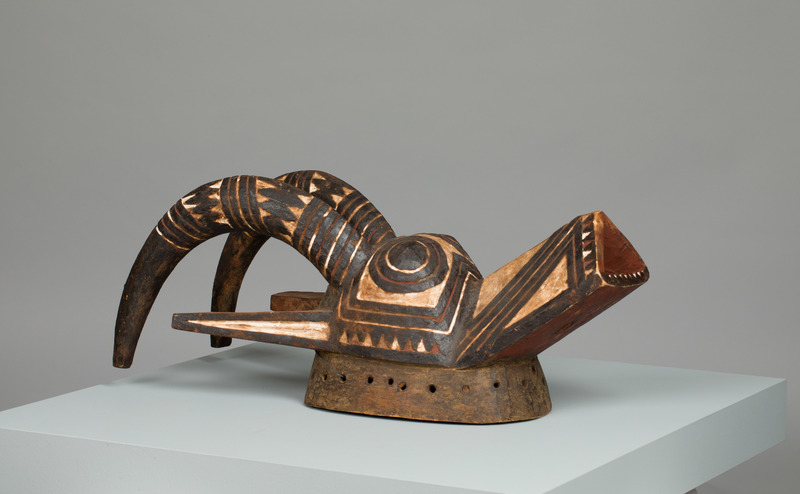 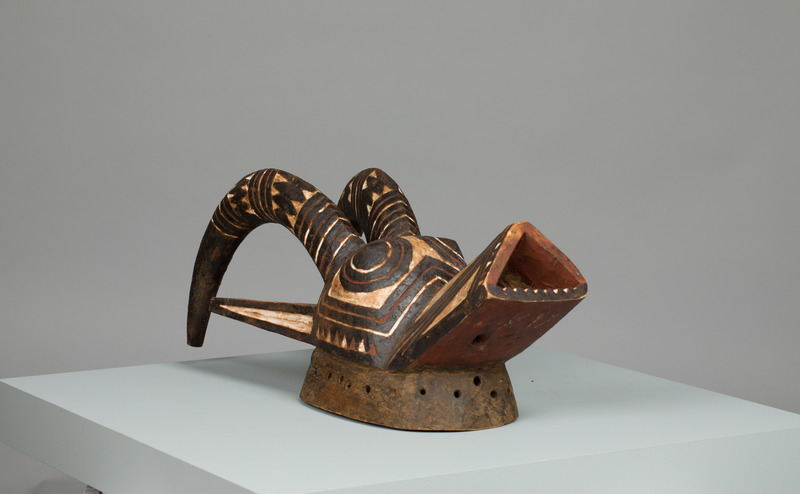 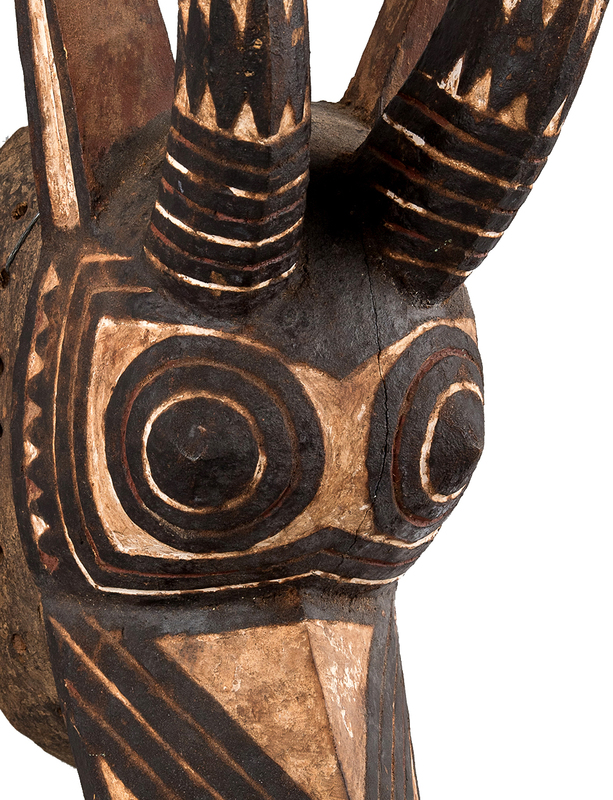 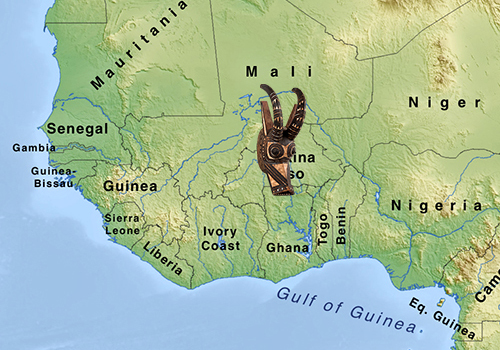 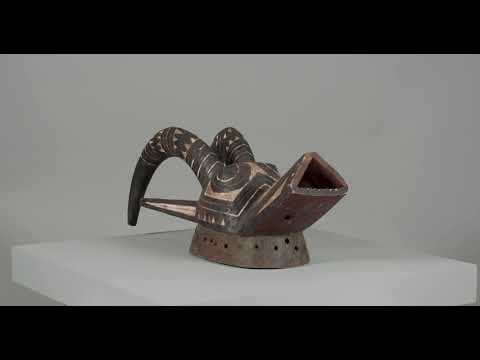