Mossi chiefs and senior dignitaries carry carved staffs as symbols of their political office and to validate their right to rule. Village chiefs are members of the nakomsé clans, which descend from the mounted warriors who subjugated the original agriculturalist populations of the White Volta River basin at the end of the fifteenth century. A chief or senior man would carry his staff to weekly meetings of elders of the community, to clan funerals held in the dry season, and to public festivals. The upper part of this chief’s staff has acquired a darker polished surface, which is the material evidence of its careful handling and frequent use.

Images of women are frequently carved on chief’s staffs and are carved on chief’s house posts. Each important nakomsé chief commissions a figure that serves as a symbol of his office when he is alive and as a memorial to his reign after his death. His own figure and the figures that belonged to his royal ancestors are displayed during annual ceremonies when his subjects reaffirm their dependence on him and his ancestors for their well being. Female figures are also carved as dolls and are given to young girls as playthings.

The style of the female figure on this chief staff is typical of figurative sculptures from northeastern Mossi villages. Figures in this style are very abstract and feature the semicircular head, jutting forward on a long cylindrical neck, just a hint of eyes and mouth, incised patterns representing Mossi scarification on the head and upper body, and the coiffure with a central ridge that runs from front to back is known as gyonfo. The extreme elongation of the breasts is a sign of a mature and fertile woman. 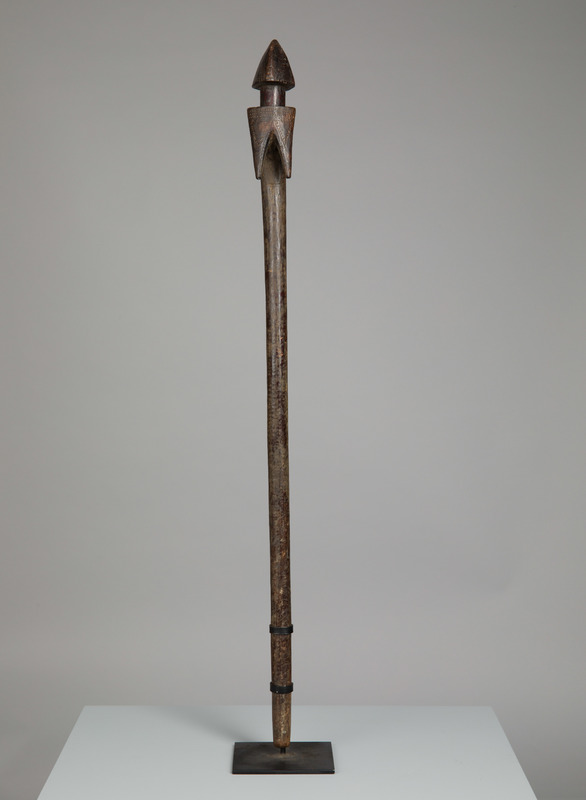 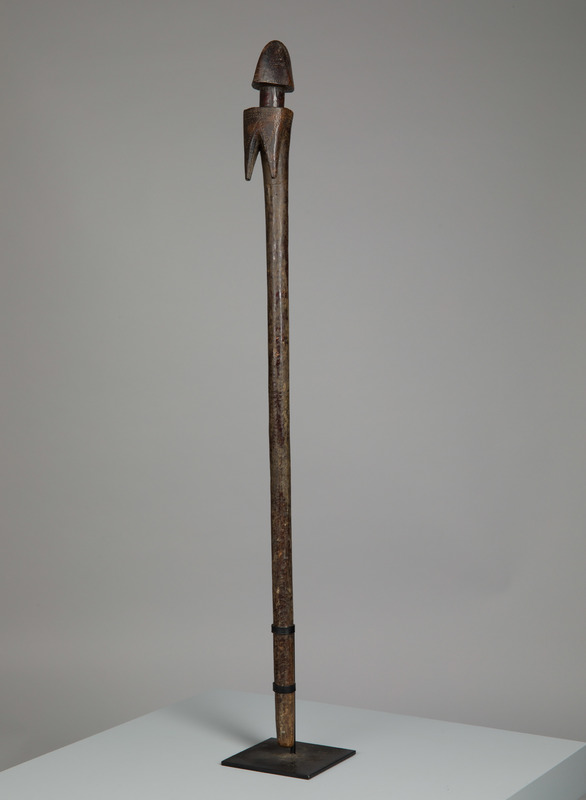 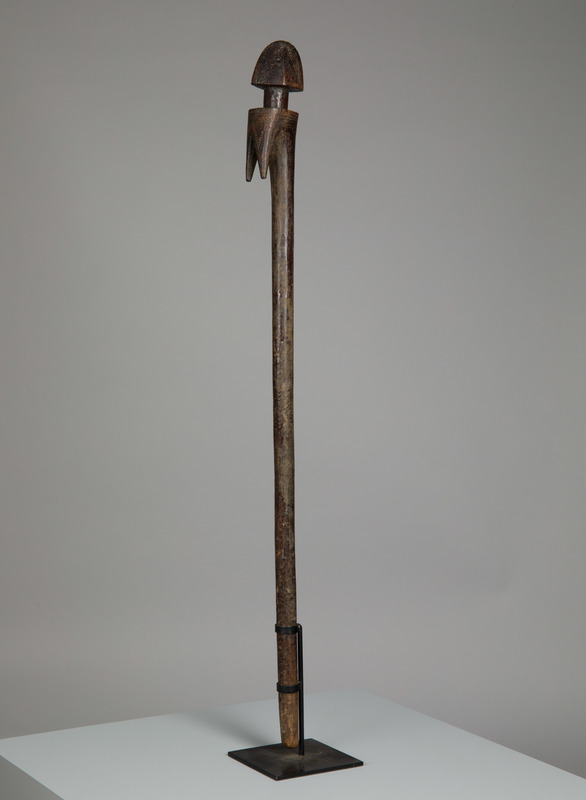 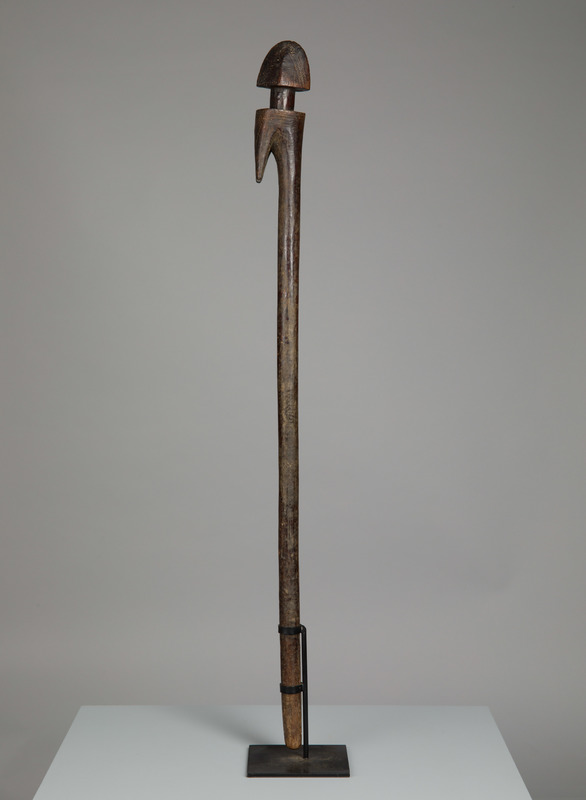 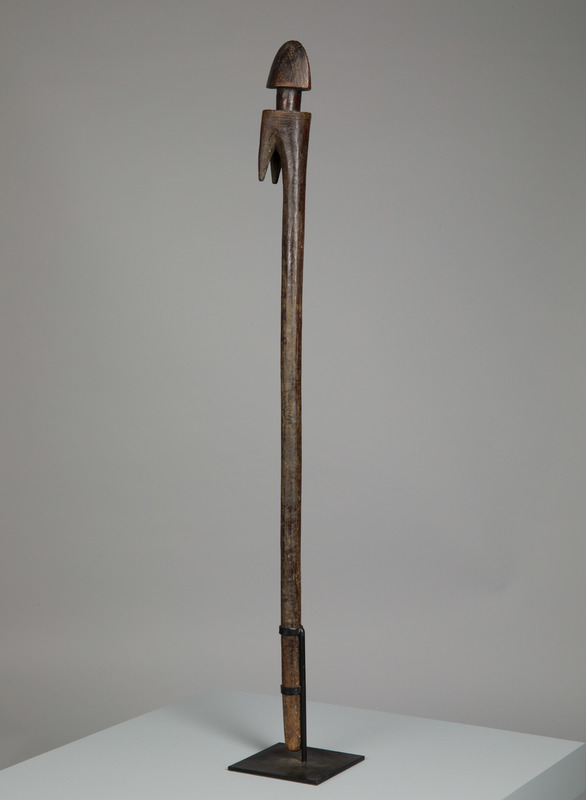 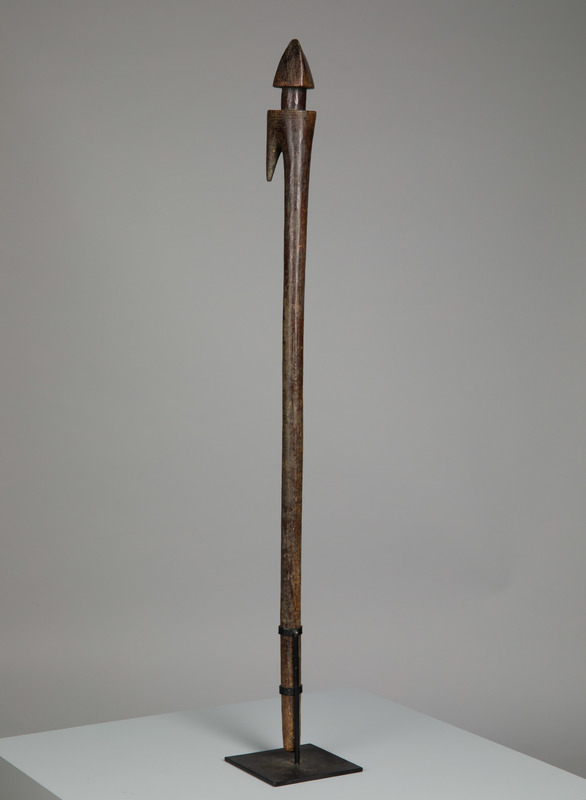 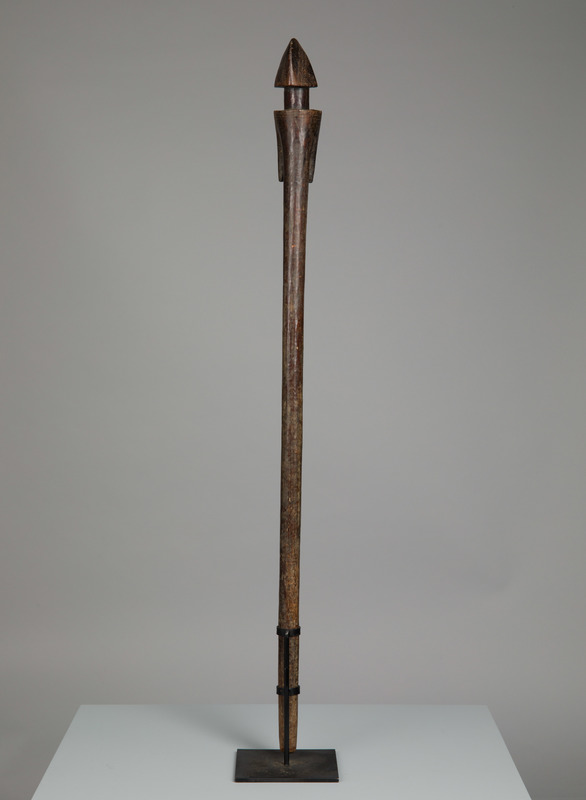 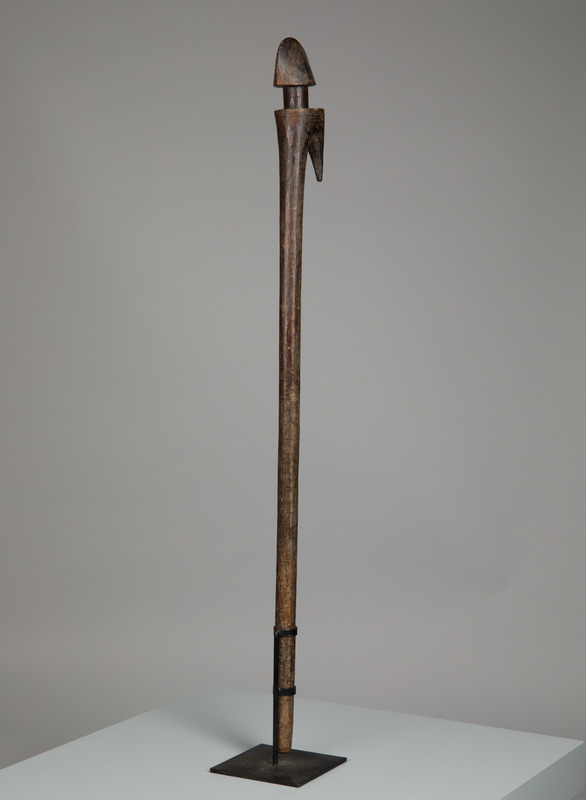 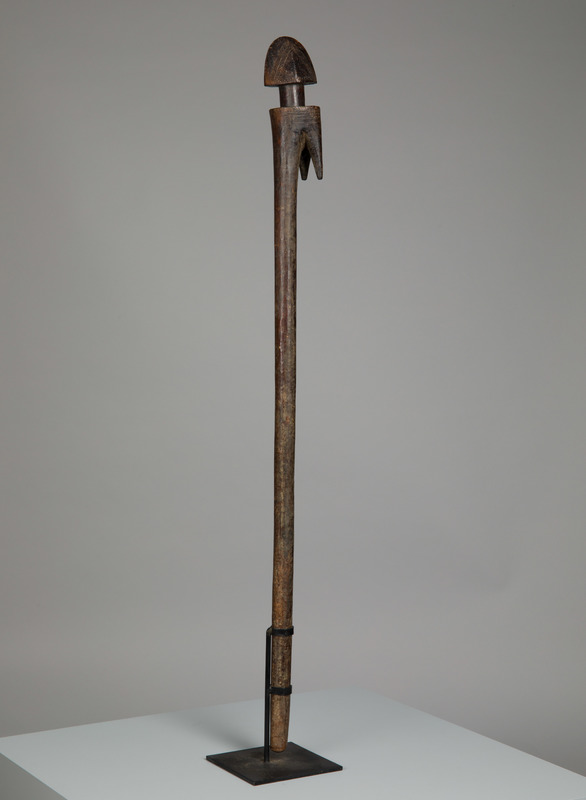 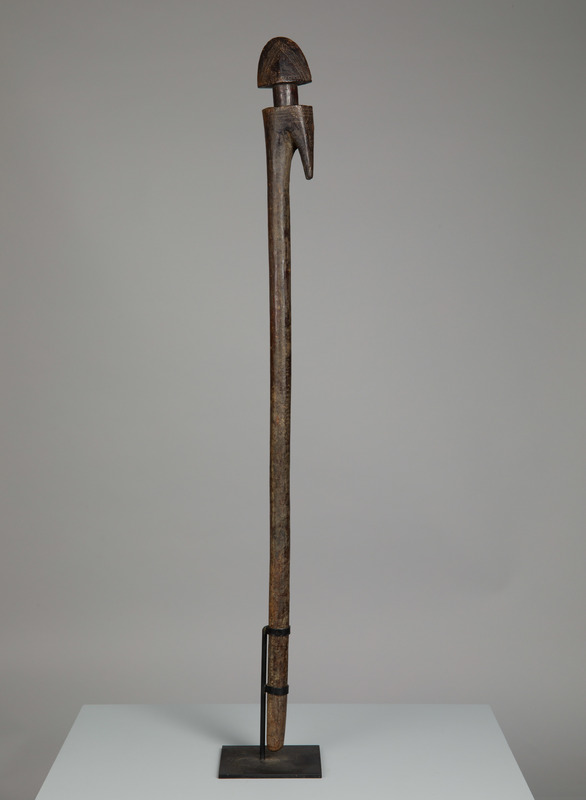 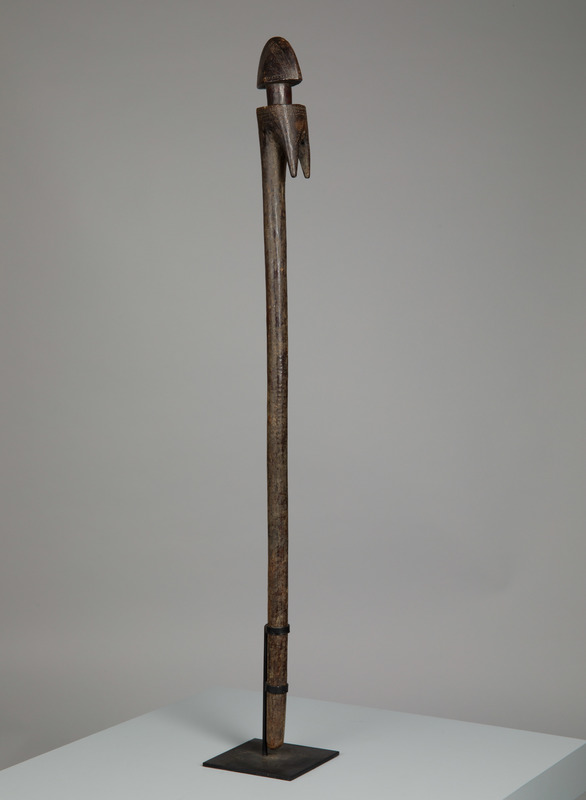 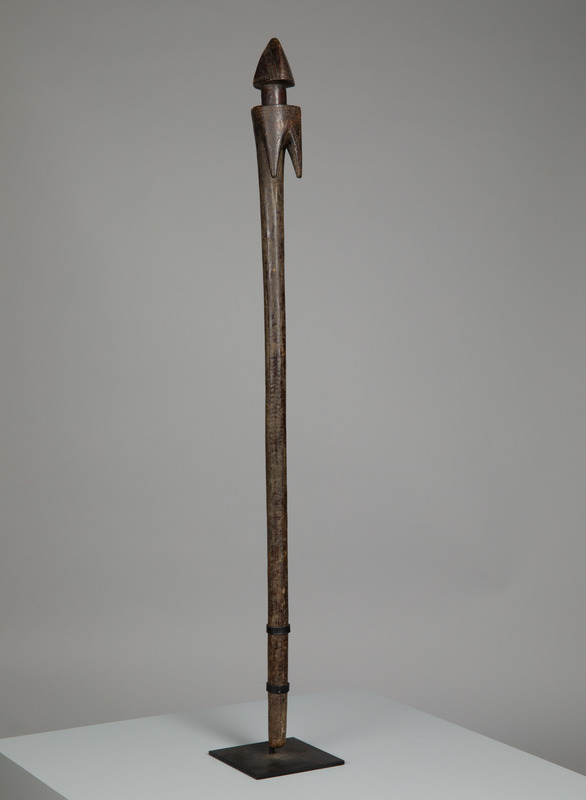 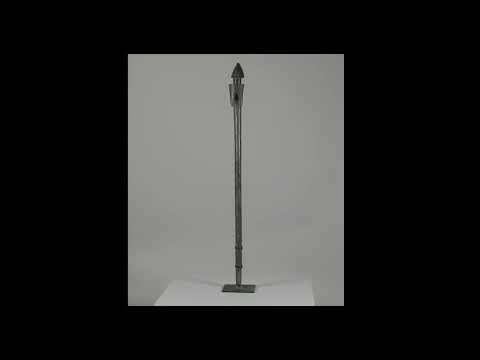