A Thirty-Year Career Committed to Africa and African Affairs 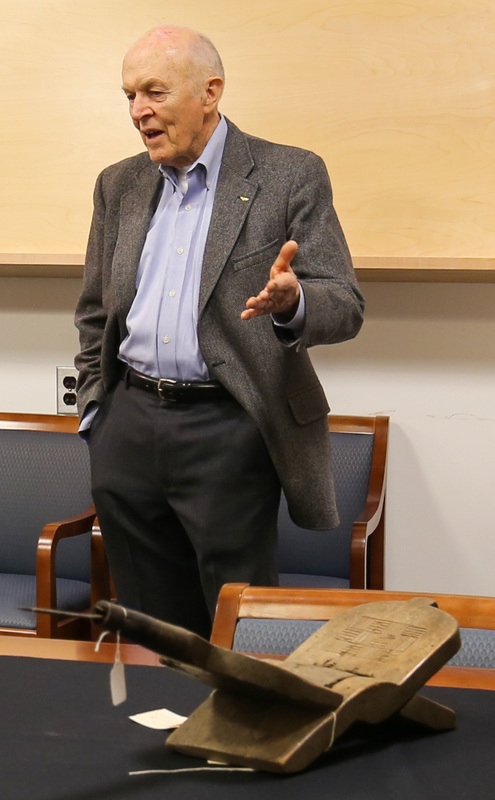 Ambassador Allen Clayton Davis’s diplomatic career in Africa spanned a period of thirty years. Beginning in 1958, he served as a foreign service officer in five African countries and as an African advisor in posts in Washington, in the American Embassy in Moscow, and as the U.S. Ambassador in two African countries. He also served as an advisor on African affairs at the United Nations and in the European command in Stuttgart. Looking back on his long career, he has recently mused, “I love Africa, you know, and let myself, because of that, stay where there was always another job opening up just as I finished the one before it, a job which was in Africa or dealing with African affairs.”

Davis as apprentice seaman and freshman at Duke University, 1946.

Born in 1927, Davis grew up in middle Tennessee, the son of two schoolteachers. He remembers fondly his love for reading about far-off places, about people and cultures, and about airplanes. In 1945, he joined the navy just out of high school with the goal of training to be a pilot and of course seeing the world. The navy sent him to Duke University for two years to study engineering, and then he spent four months at the naval base in Morocco, where he traveled extensively throughout North Africa and the eastern Mediterranean. It was in Morocco that he began to think seriously about a career in the diplomatic service. After leaving the navy and finishing an undergraduate degree in international relations at Georgetown University in 1956, he joined the State Department Foreign Service. 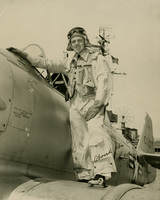 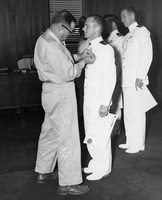 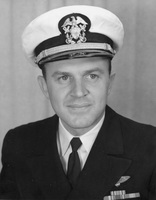 His first posting was in Washington, and then in 1958 he went to Africa for the first time, as a consular/political officer in Liberia. After finishing his tour in Liberia in 1960, Davis took several months that summer to travel around West Africa. It was certainly a heady time to be in West Africa, as many countries had become newly independent. Afraid that he would never get the opportunity to return to the African continent, he set off in a Land Rover with Talibi Kaaba, a Liberian friend, as his travel companion and guide. He vividly remembers that “the roads were pretty bad, there were plenty of reasons to not make the trip.” Little did he know then that Africa, African affairs, and African arts and cultures would shape his long diplomatic career and become his lifelong passion. 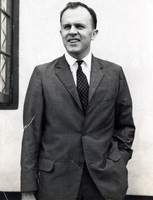 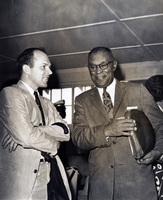 They traveled from Liberia, through the southern tip of Guinea, into Côte d’Ivoire, and from there to Ghana and then Togo. They next made their way to what was then called Dahomey (now Benin) and into Nigeria. They traveled across Nigeria to the east to visit the Igboland, and then north to Kano and into Niger and Upper Volta (now Burkina Faso) and Mali, where they visited Dogon country. From Mali they traveled back into Guinea and then to Sierra Leone and back to Liberia. It was quite an adventure, and he remembers that they always took time to visit the museums and that “there were some pretty good ones.”

From 1960 through 1965, Davis served in Washington as a desk officer, first for African Affairs, where he worked extensively with the newly arrived African ambassadors to Washington, finding them housing and suitable buildings for embassies and looking after their families. He was then assigned to the Western European Affairs bureau on the Belgian desk. It was during this time that Operation Dragon Rouge took place. This was a hostage-rescue operation in the Democratic Republic of the Congo conducted by Belgium and the United States in 1964 to free more than 100 Belgian and American citizens who had been taken hostage by rebels and held in Stanleyville.

In 1966, he was sent to Moscow as a political officer, and because of his African expertise he was assigned to follow Soviet-African affairs. He also met with many of the hundreds of African students who were studying in Moscow. Because he was not a Sovietologist, the head of the political section thought his work would benefit by his getting to know the Soviet Union better. Never one to turn down an opportunity to travel, he accompanied his colleagues in the cultural and public affairs division around the USSR, getting acquainted with its diverse arts and cultures. While in Moscow he attended many cultural events, and he and his family spent time with artists and their families.

In 1968, Davis returned to Africa, first for an assignment in Ouagadougou in Upper Volta (now Burkina Faso) as the deputy chief of mission, and then on to Algiers as a political officer and as deputy chief of mission in Senegal and Zaire (now the Democratic Republic of the Congo). In 1980, he was appointed American ambassador to Guinea and in 1983 the American ambassador to Uganda. He returned to Washington in 1985 and, because of expertise in African affairs, was posted to the United Nations to work with the African delegations. He later was sent across the Atlantic to work with the European Command in Stuttgart, which had just been given responsibility for Africa. Upon returning once again to Washington in 1990, Ambassador Davis retired from the U.S. Foreign Service. Today he lives in Virginia, and his love for Africa and his passion for African art and culture remains as strong as ever. 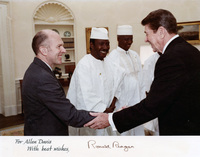 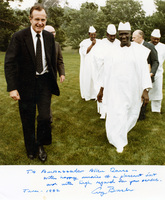 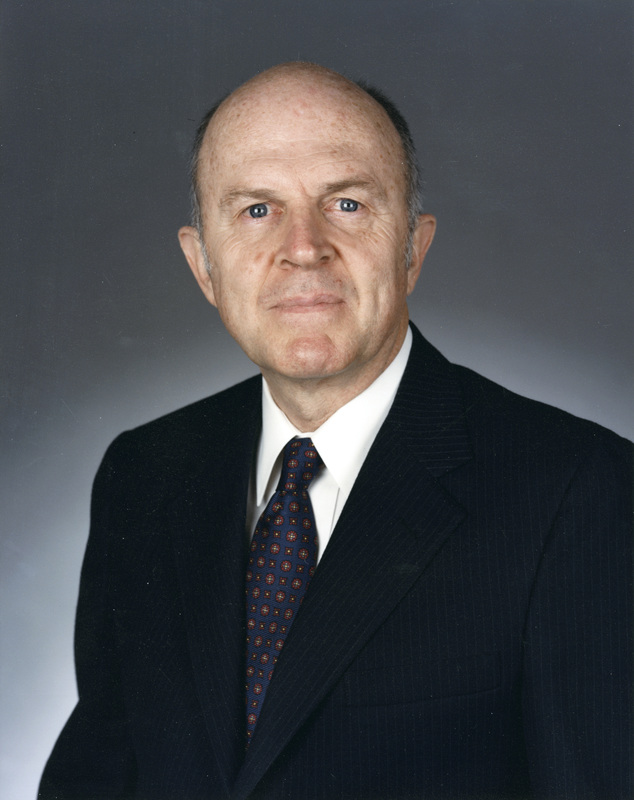 Before leaving U.S. military headquarters responsible for both the European and African areas (USEUCOM) near Stuttgart, Germany. When he retired in 1990, he had spent 34 years in the U.S. Foreign Service and 22 Years in the U.S. Naval Reserve. 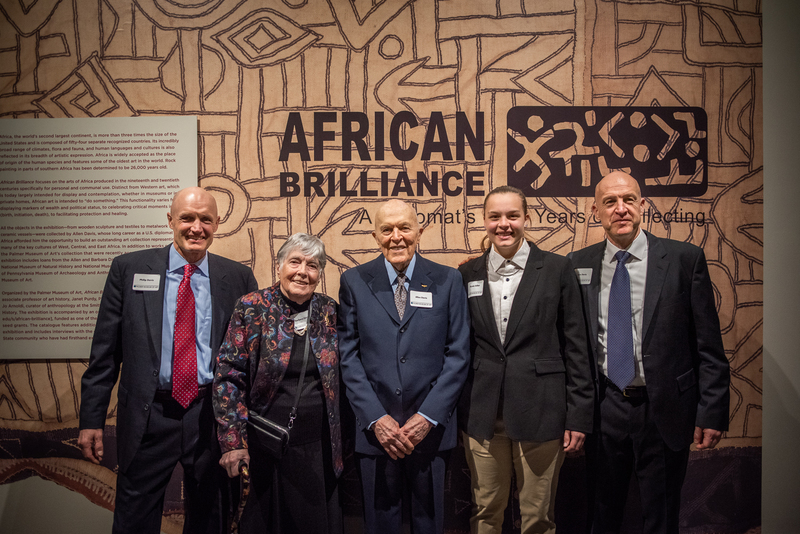 Allen and Barbara Davis with family at Palmer Museum of Art, February 7, 2020.